What are you baking? September 2022

I love this cake. I made it for friends and one of them said it was one of the best things she’s ever eaten. Enjoy!

Buttermilk sandwich bread. Recipe from an old Bernard Clayton book. Had just the right amount of buttermilk needing to be used. Nice bread for sandwiches and toast. 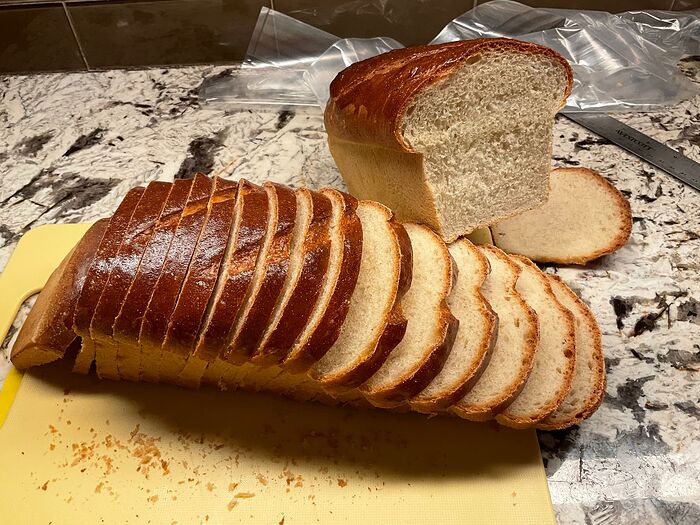 Berry tart three ways…blackberry, golden raspberries, red raspberries. Pâte Sablée and crème pâtissère were the underpinnings for the berries. Would be nice with crème fraîche or a little whipped cream. 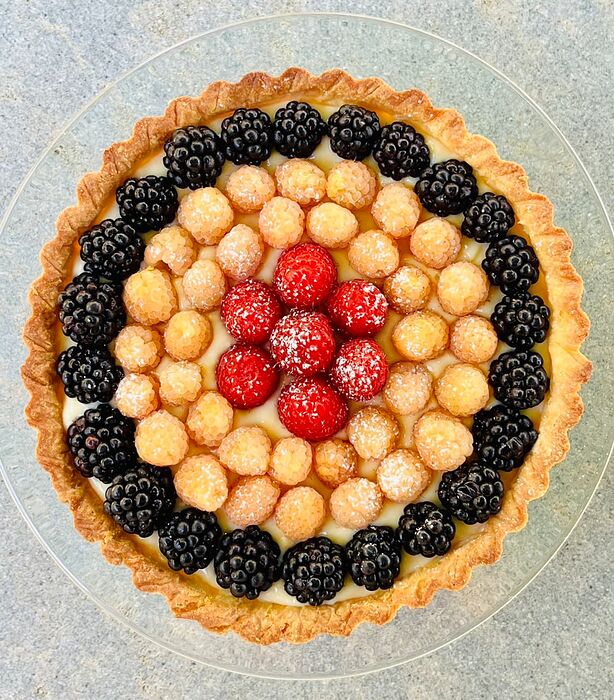 Still have to glaze it - waiting for it to cool. 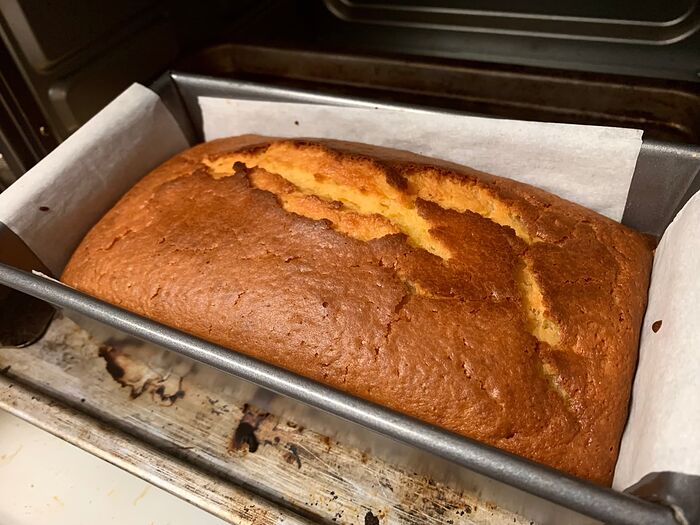 This is the Grapefruit and White Chocolate Cake from Snacking Cakes, which lots of folks here have baked before, I am very late to the party.

It’s an oil and yogurt citrus cake with grapefruit as the citrus and white chocolate to offset the bitterness. The yogurt gives it a softer texture than the orange olive oil cakes I often bake.

One thing I haven’t encountered in a while - the cake sank as it cooled. Not concave, but from nicely domed to flat. It last happened the first time I baked an orange olive oil cake, and my fix was to drop the temperature to 325 (vs the 375 of that recipe) - never happened again. So I’m wondering why it happened today. So far my theories are that the batter is very rich because of the whole milk yogurt plus oil plus chocolate chips.

One day I’ll learn to make a glaze look pretty

The tester I made is delicious (even though the chocolate chips sank in that tiny portion)! I hope my friend’s parents, for whom the loaf is intended, will enjoy it! 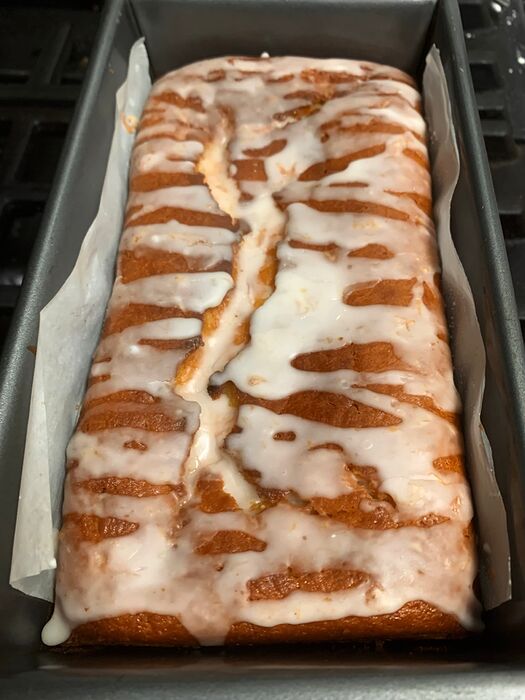 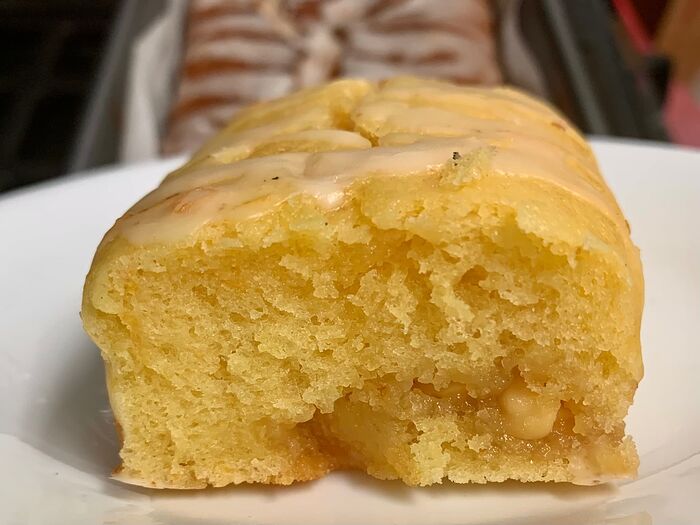 Technically I baked this in August, but had to wait until now to try it. This is a whisky raisin pound cake because I was out of rum. The raisins are left to soak at least a week then after the cake is baked it’s left to soak up boozy syrup and mellow out a little. It’s delicious, but previously I made a test version of this which I didn’t brush with syrup and ate immediately and I think I might have liked it even more. 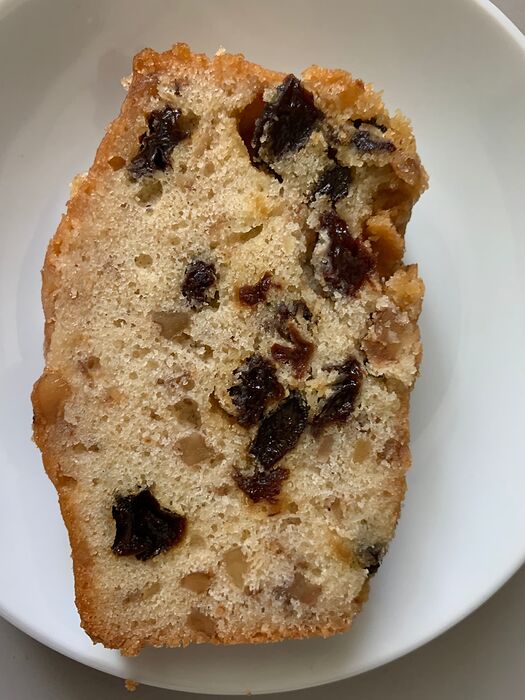 The book had adjustments for a loaf pan, so I’d figured it was tested?

Re sinking, I’ll experiment again. I’ve made yogurt and oil cakes that didn’t sink in a loaf pan, so it may be managing the temperature, or it may be cutting back the yogurt, let’s see.

I’m hoping the chips didn’t sink in the loaf, but we’ll see when it’s cut.

Lovely crumb on the little tester - so tender from the yogurt!

I have made that cake twice in a 5 cup Lotus Bundt pan (Nordic ware) with no sinking. It’s taller than a loaf pan but gets some structural support from the shape, baked at 335*.

I was thinking about using my small bundt one of these times.

I think the sinking was just a freak thing.

I agree, especially since she offers it as an alternative.

Yup. When I made the orange olive oil cake from Alexandra bakes, it both overflowed and sank later — and the recipe actually said that was “normal.”

But of course, when I cut the baking soda by half and reduced the temp drastically (375 to 325) in subsequent attempts, that never happened again! (She amended the recipe last year with the temp change and an extra egg probably for structure, but I find that unnecessary because it’s already so rich.)

Goes without saying that if it hadn’t tasted great the first time, I would never have bothered figuring out how to fix it! I’ll make this one again too, noodling on what might have caused it is helpful with everyone’s input!

but that time I had winged the measure of leavening and added yogurt to convert my usual recipe, so I was pretty sure it was that messing around that did it.)

I kicked off this month’s baking with a banana bread. It’s still warm here but cloudy and grey so it’s nice and comforting. I’ve been enjoying it with peanut butter spread on it and a cup of tea. It’s an ugly loaf though as it’s spilled out a bit out of its tin so no picture.

Out for delivery…Dorie’s Everything cake with apricots and plums with thanks to @MunchkinRedux for originally posting this.
And a fresh cherry, chocolate sprinkle cake adapted from Raspberry Ricotta cake at Epicurious. A sprinkle of flaked almonds on top gives a nice crunch. This one has no ricotta in it… made this several times and it is always good. 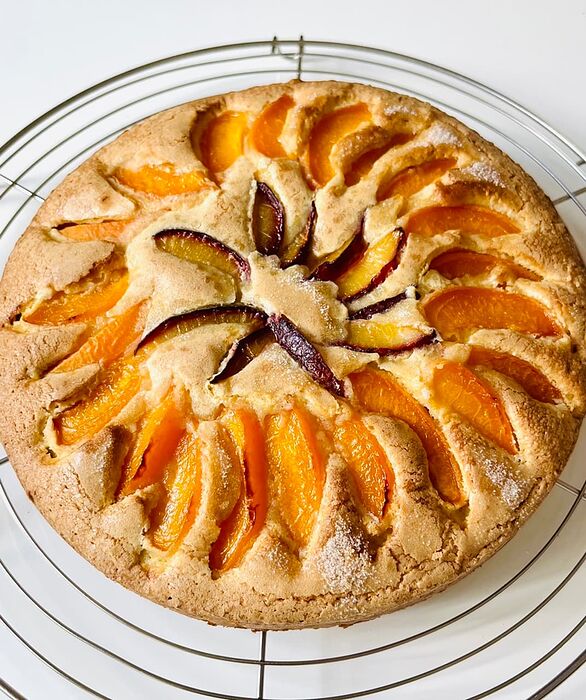 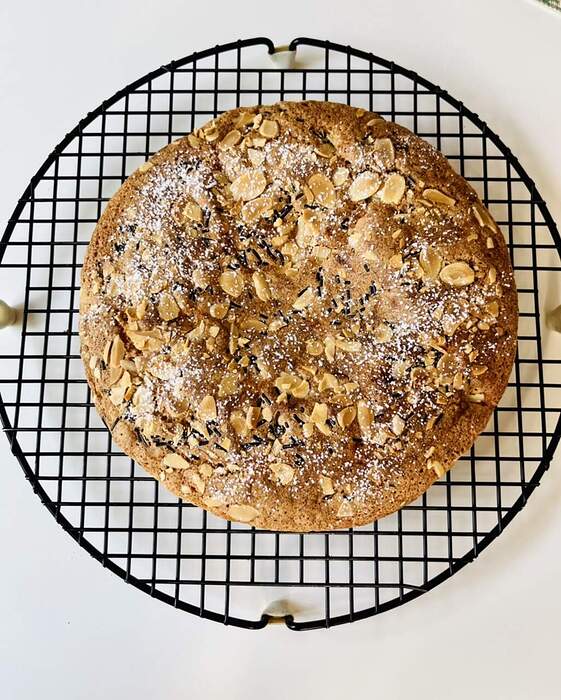 @MunchkinRedux and @Nannybakes : I want to serve a fruit-filled Everything Cake at a picnic tomorrow. Should I make it today or tomorrow morning?

Ettore Cioccia just put out a video for apricot tartlets, so I thought I’d share here: mig, not sure how it holds overnight, MR should be able to tell you. Depending on the amount of fruit, it will affect the texture of the cake. The two small plum cakelets that I posted in August, we’re fine the following day but I’m not sure regarding a large one. I doubt I’ll get to bring a piece home as this type of cake is my granddaughters’ favorite! Enjoy it!
(ETA… I really prefer a fresh baked cake , I set all the ingredients on a small tray and went to the FM. It was quick to put together when I returned, and I was happier bringing it.)

Theres a note in Eat Your Books by someone that baked this cake with apples saying: good the first day not so good the second.