This was a welcome return to an old favourite after what “events” have meant almost a two year gap. And good to see they are taking their Covid matters seriously, with staff wearing masks, screens dividing some tables, etc.

There has always been elegant plating of starters here – a very Westernised approach with dabs, smear and squiggles of sauce. Even with the humble seekh kebab (which we’d never previously ordered here). OK, it was a bit dry but there was excellent flavour, the obligatory dabs of a sauce and some spiralised veg for a bit of a garnish. Bhel puri was a good version. The kitchen had loaded it into one of those metal rings which, when you remove it, leaves the food in a perfect stacked circle. It tasted as good as it looked, with the vegetables chopped much finer than you often see and with a zing from tamarind chutney.

Aloo gobi is a regular order for my companion in Asian restaurants. And this was declared to be the best that can be recalled. Perfectly cooked cauliflower and potato. And really good spicing. They describe the spicing style as “Khadi Masala”, which uses coarsely ground spices and, so Google tells me, is used in Ayurvedic medicine.

I didn’t really know what to expect from Lauki Jhinga. Well, I knew that lauki is an Indian marrow and jhinga is prawn. But it was a bit of a surprise that this is served in a soup bowl and you’re given a spoon. And you need the spoon because the sauce is a soup like consistency, with four king prawns floating on top. It’s pleasant enough but not one to order again. We shared nice fluffy rice and a tandoori roti.

Lauki Jhinga. Well, I knew that lauki is an Indian marrow and jhinga is prawn. But it was a bit of a surprise that this is served in a soup bowl and you’re given a spoon.

Sounds intriguing. I looked up the recipes on the Net to see what goes into the Lauki Jhinga. It looked like a spiced, soupy stew. 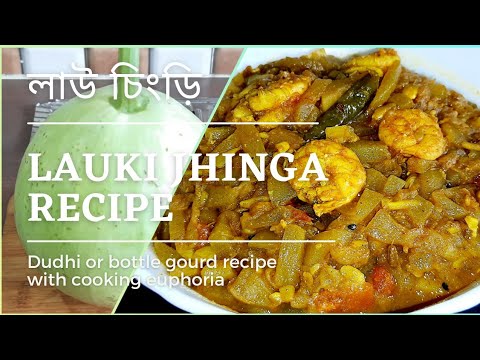 The video also espoused the health benefits of consuming lauki. 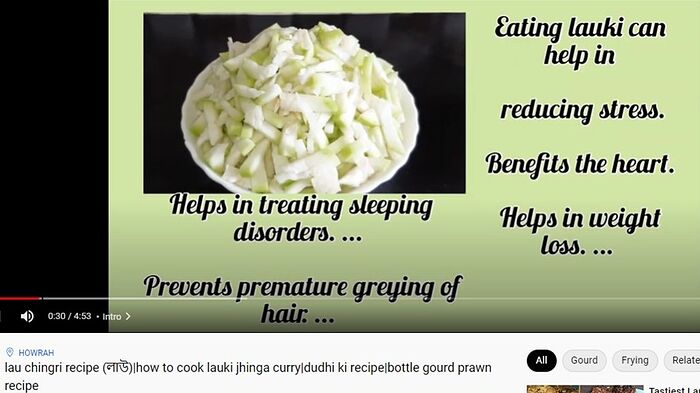 I think, on texture grounds alone, I would have preferred the version in the video. What I ate was much soupier, no doubt blitzed down by a blender.

I love traditional British Christmas festive food but, truth be told, after a few days of meat heavy meals, I get bored with it. Which is where places like Indique come in. Places that you return to time and time again, so you know you’re going to get a good meal. Places where the food comes with spice, rather than stuffing and bread sauce. And, indeed, places where a vegetarian meal doesn’t feel like second best to the meat options.

Their bhel puri is as good a version as you’re going to want to come across. Crisp puffed rice, soft potatoes, chopped pastry and a lovely sharp tamarind sauce. That was followed by the best aloo gobi that we know. Potatoes and slightly “al dente” cauliflower in a clingy sauce, which was more tomatoey than on previous visits – but that was no bad thing. Tandoori roti was excellent – mainly soft and chewy, with bits of crispness round the edges – just as it should be

Indique’s take on the onion bhaji is definitely an improvement on the curry house standard. There’s the shreds of onion, of course, but lentils and spinach are in there as well. A tamarind sauce decorates the plate in very cheffy squiggles. To follow, there was a well made Hyderabadi biryani. Fluffy rice layered, in this case, with paneer. There’s a bit of chilli heat in the background but this is more a warm comforting dish.

The restaurant adds a discretionary 10% service charge, as do many restaurants. But they also add 99p for “carbon free dining”. We asked the guy to tell us more. In essence, our donation funds the planting of a fruit tree in the developing world, offsetting the carbon footprint of our meal. Works for me.