Were any SF chinese restaurants on California St below Stockton in the late 40's?

I’m trying to identify a Chinese Chop Suey joint from a 1947 film. It looks like it is on California Street where the slope is gradual, which I think would make it below Stockton.

Also was there a place called Canton Low somewhere between Chinatown and the Embarcadero?

There was a Canton Low at 708 Grant in (or near) Chinatown.

Where To Eat in San Francisco on JSTOR

Both were in Nora Prentiss.

A similar question. Does anyone know of a chop suey joint with a vertical sign on or near Market, probably between Montgomery and Taylor. There was such a sign in the George Raft movie Race Street.

Wouldn’t it be at the link I gave? (along with the California Street one from before)

Wow! That is some plot! 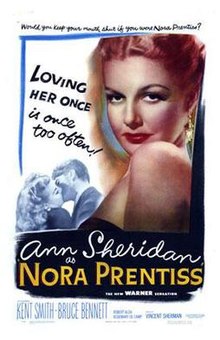 I do not remember Canton Low but how about these two Shanghai Low and Lamps of China being on the other side of California.

The Canton Low sign is clear in the film. I would have been in the City and around Chinatown starting in the late 50’s and don’t remember it either.

I do remember a Chinese restaurant on the south side of Market west of Kearney as late as 1987. It was on the 2nd floor of a souvenir/curio shop. They had a cafeteria line and you could order duck yee foo and hung tao wonton. Among the condiments were little tubs of sliced chilis in soy sauce. Other than that I don’t remember Chinese restaurants on Market, not counting Lee’s Sandwiches much later.

If anyone is interested I have written something on the SF locations in Race Street, but there weren’t many of Chinese restaurants.

DavidPF, thanks for that link. It didn’t identify any of the specific places I was looking for other than Canton Low, but gave me a few other leads.

I didn’t realize that there was a Pig & Whistle in SF. I’ve been to the one in Hollywood. It is no Musso and Franks. 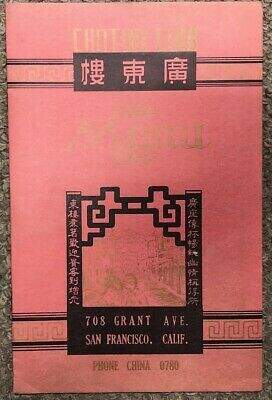 Its also referenced in this book in the link below. There is a picture of, not Canton Low, but Shanghai Low in the link.

DavidPF, thanks for that link. It didn’t identify any of the specific places I was looking for other than Canton Low, but gave me a few other leads.

Sorry it wasn’t as complete as I thought it looked. I’m glad it helped a tiny bit anyway.

DavidPF, thanks anyway. When you are doing that kind of research the smallest clue can lead to the biggest answers.

Does anyone remember the name of the Chinese restaurant on the south side of Market west of Kearney as late as 1987. When I worked in the dark tower at 1 Post I used to go there and to B & M Mei Sing for my Chinese fix. There was a classic cafeteria line with premade dishes and you could order things to be made on request. I believe there was a branch of Holmes Books just around the corner on Kearney.