I used to worry a lot about Boston’s Chinatown getting squeezed into nothingness by property prices downtown. That sure remains a concern, but luckily even if that happens it seems there’ll be an alternative spread out Chinatown in Malden, given all the places I’ve tried lately here and with options that appear to be expanding. Two of these places opened within the last month! Yeah, it takes a little driving around to hit all the assorted spots here, but at least in Malden there is plentiful–and free!–street parking.

First stop was Cafe de Lulu, the cha chaan teng (aka Hong Kong style diner) at its new location on Summer St in Malden. Menu looks much the same as it did when this place was in that basement spot in Chinatown, though there’s a whole lot less seating–there’s really only three little tables here with maybe 6-7 plastic seats so unless you go at a weird time like I did (10:30 AM) it’s maybe going to be a little hard to do much but takeout if this spot is popular. As you’d expect at this kind of place, the options range through dozens of 7-8 $ rice plates, a bunch of soups and fried noodles, some breakfast sandwiches, a handful of congees and some breakfast set meals. Also lots of juices and the expected Ovaltine and Horlick’s. I got a milk tea and french toast (because, of course) and it was great. It was the nice, pillowy no crust HK style kind of this dish, and it really hit the spot. Proprietress is really nice, too. This is a great addition to the area.

Since I was off today, I had a little extra time for shopping and went up to the 99 Market on Broadway instead of the usually more convenient for me 88. This place is mostly wayyyy better’n the 88–good selection of items, superior variety in a lot of things, a much better eye for produce, a real full service meat counter and a fresh, clean lineup of seafood items in a display that doesn’t have the stench of death like the 88’s. Whenever I have the time to go here instead of the 88, I will.

Time for lunch! Headed over to the Taiwanese place on Pleasant St, Mandarin Malden. Nice little dining room here and the menu has a good looking selection of Taiwanese apps and specialties. Most of the lunch specials seem to be of the Chinese-American food variety (your beef and broccoli, your General Gau’s, etc) but there are at least a couple of others (intestine & pig’s blood with sour mustard greens, chinese squash with dried baby shrimp) that are interesting. There’s also a Sanbei chicken (aka Three Cups Chicken) one, which is what I went with and it was a good version–the bone-in chicken was moist inside and the sauce had a good balance of garlic-ginger-sweetness, with some thai basil notes. Came with white rice and choice of soup, I went with the hot and sour and it was pretty dull. I also got an oyster pancake, and it was delicious save for one oyster with a bit of grit–except for that bum note, this was excellent–briny oysters, soft eggs with the overall soft and glutinous texture broken up by the crispy edges of the omelet, classic cornstarchy sauce. Another place with nice, attentive service, too. I’d like to go back here at night and hit up some of the other Taiwanese-centric menu choices to compare with Shangri-La in Belmont, which is the Taiwanese place that I know best around here.

Too full to eat anymore at this point, I swung by Golden Garden anyway just to scope it out–this is the sister Dongbei place to the one in Belmont. It’s in a strip mall on Highland Ave, near the Whole Foods. Looks very promising–seems like a new, spacious remodel and it seems like their soft open is over–the waitress told me they’re pretty much up to regular hours. This includes a 10 AM to 3 PM breakfast slot on weekends with some good looking stuff like sour cabbage dumplings and meat buns made with maize flour. Lots of cold dishes, like pork skin aspic, green bean noodle with sesame sauce, sauteed Northeast Lapi with cucumber, etc. There’s the sorts of Northwestern dishes here too that you’d think you’d find–crispy sweet and sour pork with chili oil, sauteed potato, green pepper and eggplant, pork with mung noodle, sour cabbage with bacon. I haven’t been to the other restaurant, but I imagine that it’s a similar selection.

Will try it and report back.

Thanks for the write-up. I had no idea that the 99 Asian Supermarket existed. I stopped by the other day, and it’s much nicer than the 88. No signs in English at the fish and meat counter. The “frog meat” sign was in English, and the frogs were alive! Need abalone or scallops in the shell? They have it. Nice looking pork belly for less that $4/Lbs. I noticed that the first restaurant (Vietnamese) in the food court didn’t have any prices posted, what’s up with that?

How do you insert a hyperlink without the preview?

it’s a nice market. live turtles, too! the next time i go, i’ll buy something from the seafood stand–it looks great. no signs in english, but pointing seems to work fine. there was a Latino family there buying stuff on the morning i was there, and they seemed to manage ok.

and i don’t know at all whats up with the food court, it was all shut down the morning i went there. the next time i go, i’ll check it out.

How do you insert a hyperlink without the preview?

oh hey, i missed this question before. You have to click the icon in the top bar in the post window that looks like a link in a chain, and you’ll get a window where you can insert the url and a title.

Thanks, that worked. I thought that I had tried that but I guess not.

olden Garden now has a website www.goldengardenmalden.com. I stopped by at lunch today to pick up a menu and the place was empty. Lots of promising stuff on the menu.

I stopped by today and had two dishes from the lunch menu, and both were competently executed. With lunch, you have a choice of three apps and three soups neither which are mentioned on the menu. Really big portions with enormous mounds of rice. The H&S soup was very good. The place was cold. 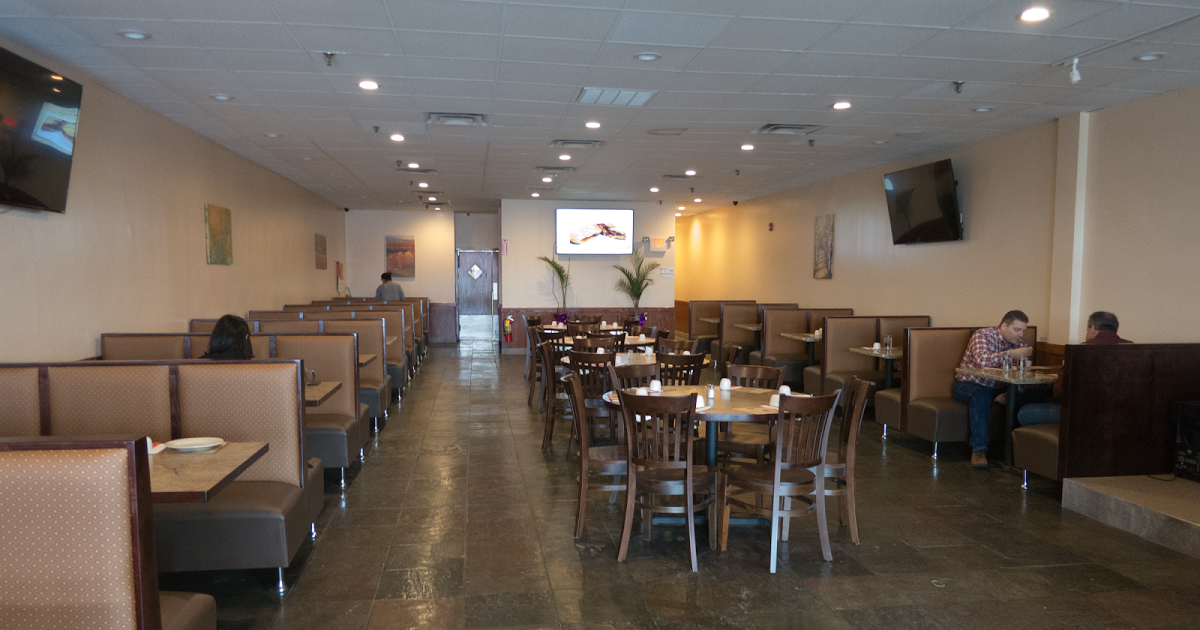 Golden Garden  in Malden opened recently and are a sister restaurant to Golden Garden in Belmont. The lunch menu isn't very exciting, but th...

cool, thanks for checking it out. I’m aiming to get there next week, will report back.

so I did go to Golden Garden in Malden on Sunday. There are still some bugs in the system–called the day before to see when they opened, & they said 11. Went at 11, door is locked. Stood outside perplexed with a couple other families until ten past, when they finally came to open the door.

Once inside, things were better. But: I’d say only about 75% or so of the things listed on the weekend breakfast menu are available, and some of the missing items are cool stuff I wanted to try like dumplings with maize flour. Ah well, maybe eventually.

What they do have is pretty good–the vegetable dumplings were great, and so were the meat buns. Other assorted dumplings were fine too (esp. the sour cabbage), the leek pie was excellent and crispy, and the couple things that we got from the main menu like Chinese broccoli and the classic potato, eggplant and pepper dish were excellent–we actually had two orders of the latter as it was so delicious. Overall a solid meal, I hope it gets better as they go along and some of that other stuff finally makes it.

It was pretty deserted in there, though. Just the three tables who were there at the outset and one other couple and a family of four came in during the hour we were eating. I hope their business picks up some and they get a chance to work out the kinks. I plan on going back.