OK this board is pretty slow of late so going to post about fairly mundane stuff to inspire others to post about whatever they are eating lately, however mundane. Are we really going to let New Jersey shame us like they currently are on their board???

I went early to Bagelsaurus Saturday, arriving about 8:15 to find a line (of course) but was in and out and on my way in under half an hour. The goal was to get a dozen each for a couple of friends and as always, the recipients were highly appreciative.

From there I hit Petsi Pies on Beacon Street, Somerville. A slice of spinach ricotta tart and a slice of roasted veg goat cheese for a vegetarian friend (who LOVED them) and a cheddar-bacon biscuit for me. Delicious consumed in the car, even better the next day when I heated the other half in the oven with some butter and a slice of smoked ham tucked in. (Very large biscuit.)

Bermans. I was headed to a pig roast at a friend’s where I knew the real star of the show would be his smoked brisket. He and his wife are beer aficionados while I hate the stuff. Bermans has never let me down on recommendations and did me proud again: Lawsons Sip of Sunshine and another local beer whose name I can’t remember made my hosts happy indeed. I also brought Bantam Wonderkind and Roso which were fabulous with the pig*. (Gratuitous photos below.) He informed me Monday that the bagels had been a very helpful restorative on Sunday which had been my plan.

Wu Burger. I have come to really think the eponymous Wu Burger is one of the best burgers around, certainly in the non-gourmet category. I tried their fries for the first time and they were really great too. Add to that they were screening the Pats game and it was a very nice late Sunday lunch.

ETA: I also hit Mei Mei for the first time for a Double Awesome, something I had had on my list for ages. Glad I tried it, don’t know that I need to have another. Lovely folks. 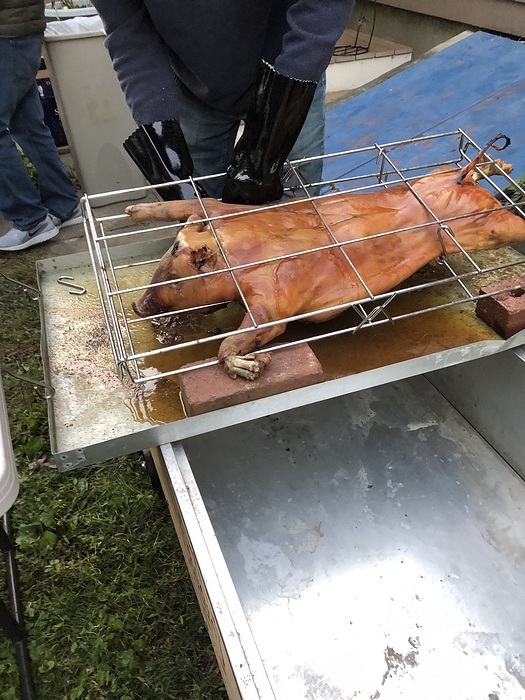 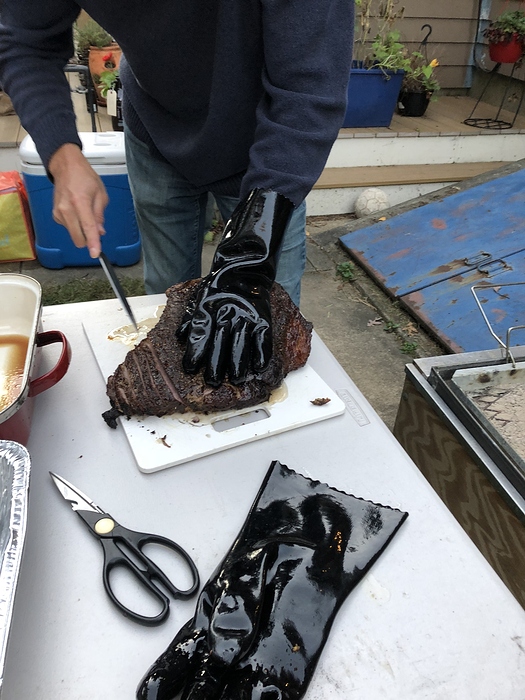 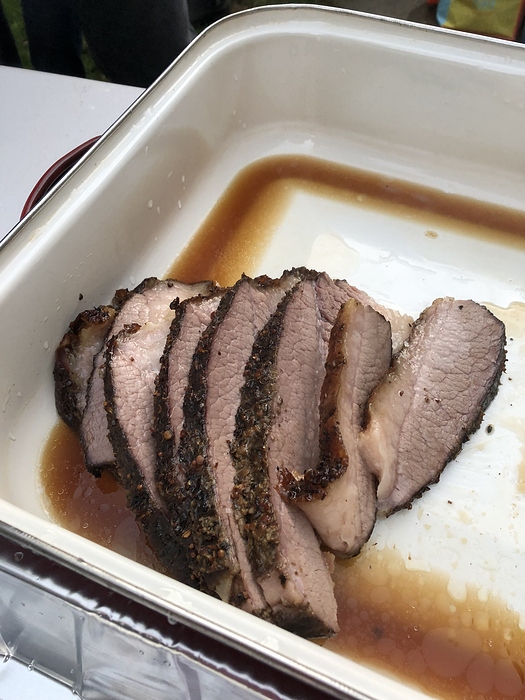 That pig and the brisket looks really good. Not a fan of Wu Burger but might give them another try.

I’m guilty of being quite absent from this board lately. On top of the usual stuff, spring onion has been home from school with a virus from hell. As soon as he’s back on his feet, and I can get some work done, i’ll also try to post some wrapup reports as I’m inclined to do when I can’t get to them in real time.

As I wrote on the weekly menu planning board, I just can’t seem to gain traction on any of the boards these days.

And since I’m a fairly competitive person, we can’t let Jersey put us (and the other regional boards) to shame, which I think they currently are. GAH!!!

ETA: we’ve definitely had some lame meals out which I’m always hesitant to report on, but maybe having information is better than none at all.

From there I hit Petsi Pies on Beacon Street, Somerville. A slice of spinach ricotta tart

How eggy was that tart? Just by coincidence I was at MAFrance yesterday, picking up a beautiful and delicious fougasse loaf and a multi grain baguette and I almost picked up a good-looking mushroom quiche since we don’t have much energy for cooking with spring onion down-and-out. But I can’t stand eating eggs (not allergic, but only metaphorically) so I refrained. It was more for feeding B than for me.

High on my list is Goldilox bagelry but it ain’t going to happen this week.

I think you have to like that type of burger

I think that is exactly right. But when I crave “that type of burger” I head for Wu Burger.

How eggy was that tart?

Very little egg to my taste but I don’t dislike eggs so not sure that is a good guide. Definitely not quiche-like. I just texted the friend I got them for to confirm.

How eggy was that tart?

I just read about MAFrance in the Globe. Is it worth a 40+ minute trip? (please say yes)

We have been out of town and then homebodies.
Did hit the Burlington H-Mart food court and the local UBurger which is always solid.
This is the single serving Spicy Beef Soup my son ordered. 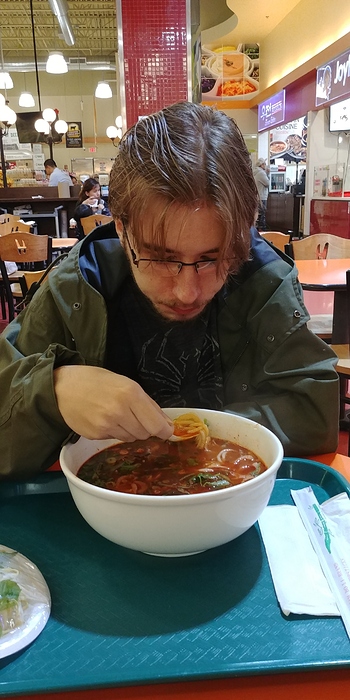 I just read about MAFrance in the Globe. Is it worth a 40+ minute trip? (please say yes)

I’m not sure I have enough authority to say “yes.” Every time I go in, I find something to love such as the breads, savory pastries, cheeses and even some French toiletries but I don’t have enough data points from other shops to say it’s worth the drive. I don’t have a sweet tooth, but their sweet pastries look nice. I’ve never gotten a crepe there. We don’t “do” much French-leaning food in our house. If I remember correctly, you are further up on the North Shore? If so, you may find other places that are closer from which you can get these same items? I’m never a proponent of driving too far for every day items.

It’s a small shop but it packs a nice punch for us locals.

@grumpyspatient Dang that soup looks good. Not sure exactly which beef soup it is (doesn’t look like yugaejang) but good nonetheless. Hope grumpy’s son polished it off, lest he get some evil eyes from the proprietors!

Thanks for both replies. We will probably add MAFrance to our next trip to Cambridge/Somerville. There were a couple things on the website we would be interested in.
I am not sure exactly what the soup was, he ordered at a different vendor than I did. I think he was at one of the Korean BBQ places. He did pretty well. Really liked the broth, he ate just about everything in the soup and we brought home about a pint. Which he did not eat.
We really wanted dumplings but there were not too many options for that.

Wu Burger. I have come to really think the eponymous Wu Burger is one of the best burgers around

I’m kind of a fan of this place too. Have always enjoyed the burgers there.