I ate at Wayfare last friday. Among my friends, it has a poor reputation - unexciting and overpriced - yet I felt I should have an opinion on the place.

My opinion was identical. The $22 burger wasn’t any better ( and probably worse ) than most of the high end burgers in town. I didn’t try the fried chicken - was getting full by that point. The deviled eggs were interesting ( light and fluffy in the filling ) but not better than deviled eggs I’ve had elsewhere.

The wine list was so extortionate that we had to buy a low-end wine.

Does anyone have a strong positive opinion about Wayfare ?

I’ve always liked Wayfare Tavern. We were there last Saturday and had a steak sandwich and a chopped salad (which was unlike any other chopped salad I’ve had before but still good). I wouldn’t say it’s very adventurous food though.

Perhaps I’m old fashioned, but aren’t the prices extortionate for good but non-adventurous food? I think we paid at least $150/pp out the door.

I definitely don’t usually pay that much, but it is fairly expensive. To me, it’s not out of line for SF prices though.

Seemed out of line, even in SF, for the quality offered. Felt like Town Hall quality at Boulevard prices.

i found the fried chicken to be too salty, not particularly juicy and overly expensive. Burger was inconsistent over several tries (e.g. once they served cheese rind instead of cheese inside the burger). in the spring, they offered an English pea ravioli which was excellent but it is currently not available. they used to also offer a chips and french onion dip served in the onion which was quite good but discontinued it. they may still offer their barrel aged boulevardier which was quite good the last time i had it although they may have tinkered with the recipe since then (i think they replaced the dolin rouge by a different vermouth).

I expect more consistency at that price point. Even in SF.

I found the burger to be way under spiced ( not salty ). I have a bunch of more favorite burgers at a lower price ( serpentine is very similar, but cheaper, and easier to reach ).

Went to Wayfare Tavern, celebrity chef Tyler Florence’s San Francisco restaurant, for a solo dinner. I walked in without a reservation on a Sunday night and was seated at the counter surrounding the open kitchen. The place was pretty full for a Sunday. It was my first time back here in a while - it had been years since my last visit. 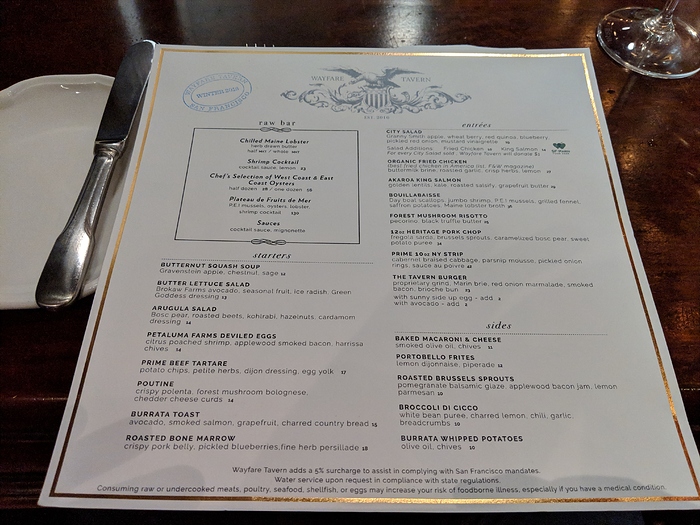 Free popover instead of bread. Served warm. Really good. Crispy exterior and a tender airy interior. Came with some butter but didn’t really need it. 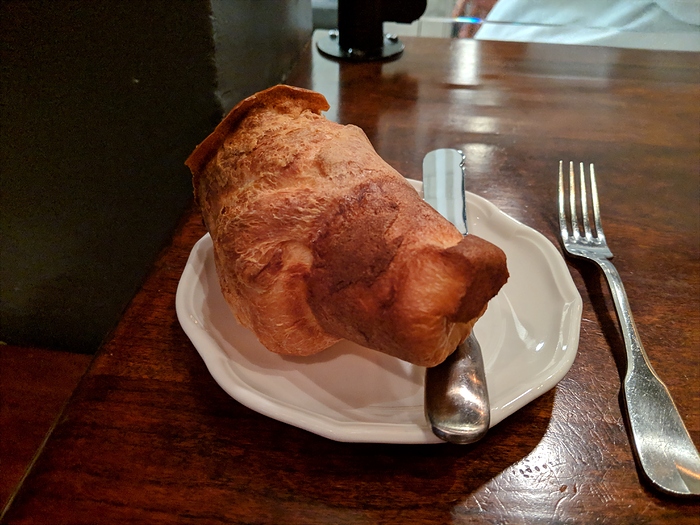 This was like a whiskey sour, but had a slightly herbal quality due to the Chartreuse in it. Garnished with a sage leaf. 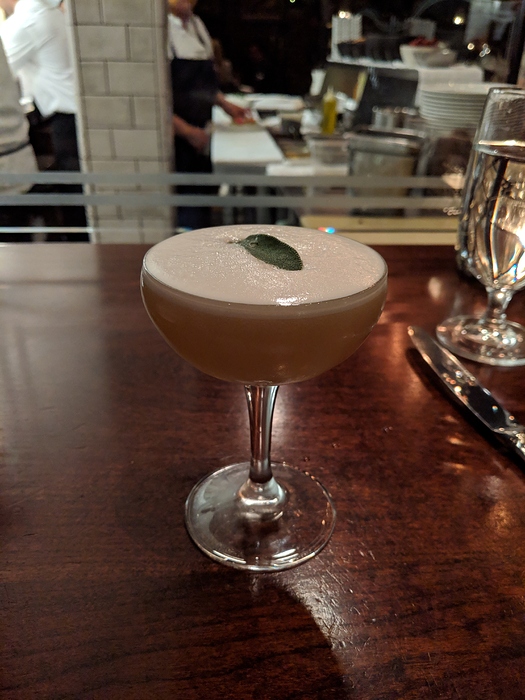 This came with some nice slices of buttered sourdough toast. The bone marrow was topped with pork belly and blueberries with a blueberry sauce. Some bread crumbs for texture too, and parsley. Good, but it’s like they didn’t think the marrow was enough to stand on its own and were all like hey let’s put some pork belly and some blueberries and stuff to make it more substantial. A bit of gilding the lily. I’m not complaining though, it was tasty. A good sized appetizer that’s probably meant for sharing. 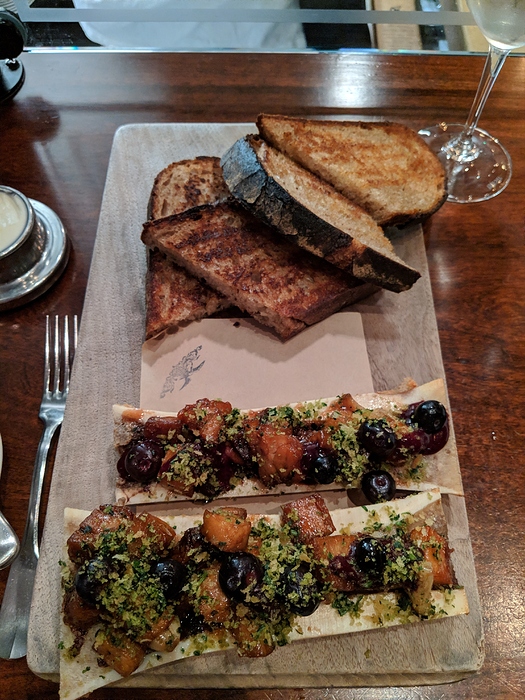 Their signature dish. I have to say this was a very good fried chicken. Came with some roasted garlic and lemon wedges to squirt with. Not easy to see in the photo but there was a powdered herb blend and some salt on the plate to dip the chicken in if so desired. Crispy skin. The chicken is brined in buttermilk. The meat had some herbal notes and was quite tender and juicy, even the white meat. This was about half a chicken and I clearly ordered too much. 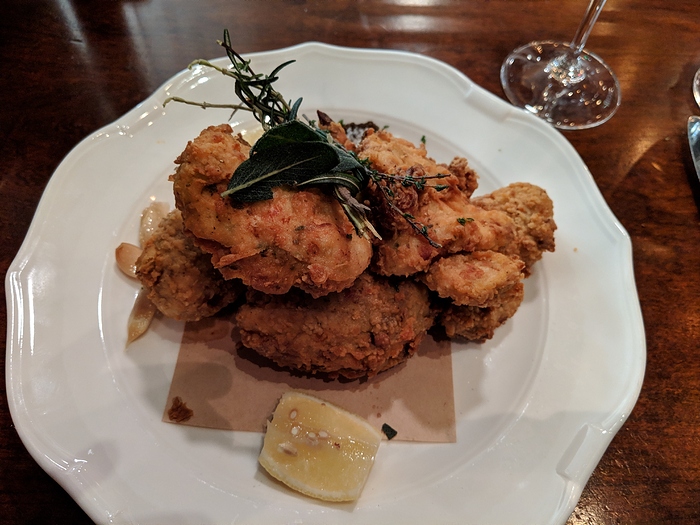 Too stuffed for dessert.

So did you like Wayfare, all said and done?

So did you like Wayfare, all said and done?

I did, yes. The food and service were both good. I definitely agree that the menu is not very adventurous, but the dishes I had were both executed well.

I went twice, one on a company dime and one personal, and the unadventurous menu issue hit me pretty hard. Also the expectation vs delivery. It’s rated as one of the top-ten in SF or something, right?

Wayfare is far outside my normal orbit, so I have to work hard to get there, and thus my bar is higher. Thus, I won’t be going back unless someone drags me there.

We went maybe a year ago, only because I mixed it up with Comstock Saloon. Doh!

We were there a few nights ago. It was alright, but the consensus around the table was underseasoned, and there was no salt and pepper on the table. Popovers as good as always, and my saladwas excellent! 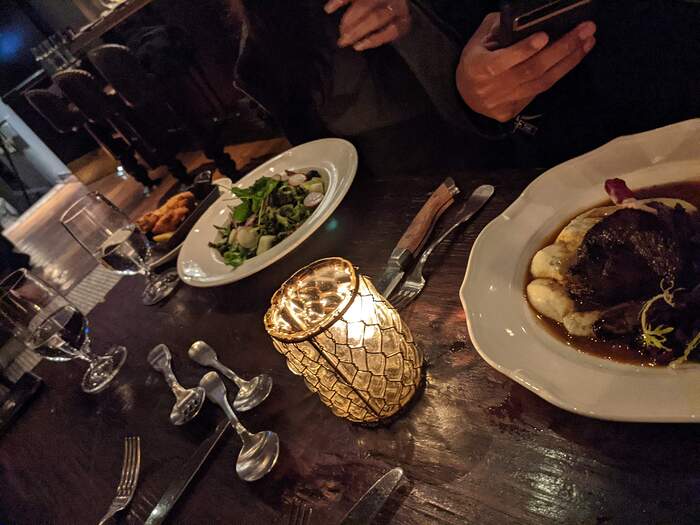 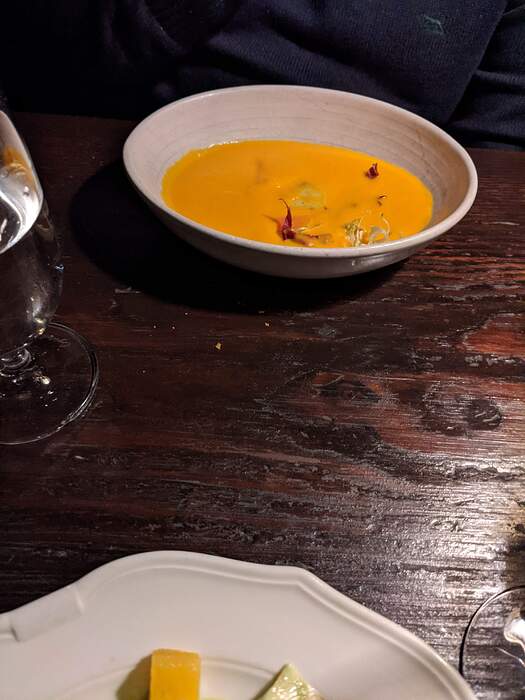 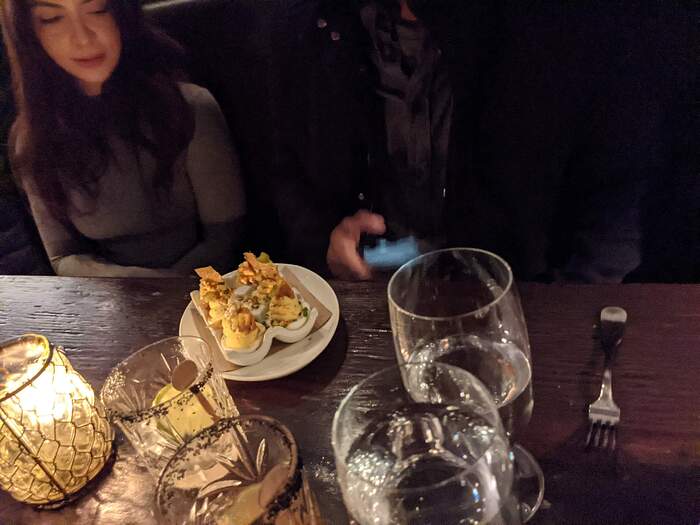 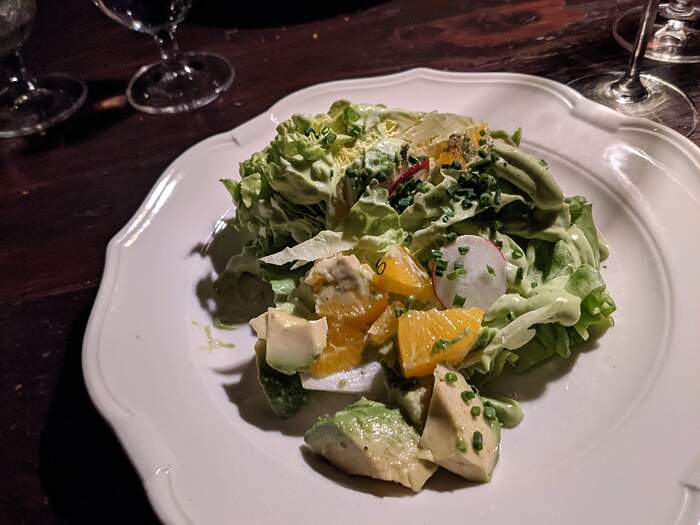 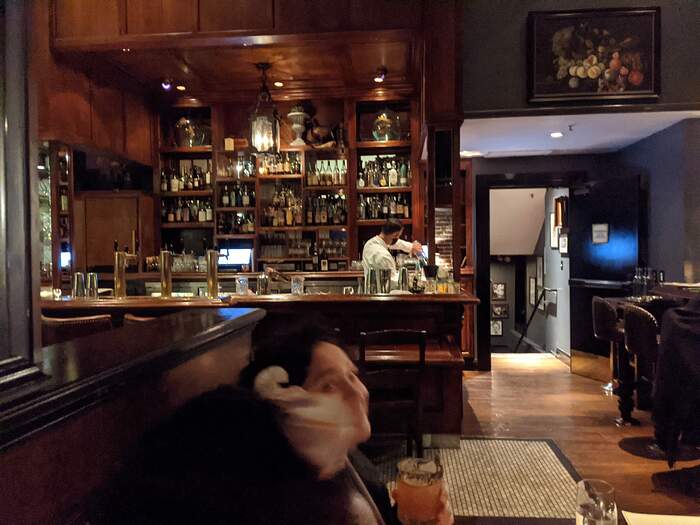 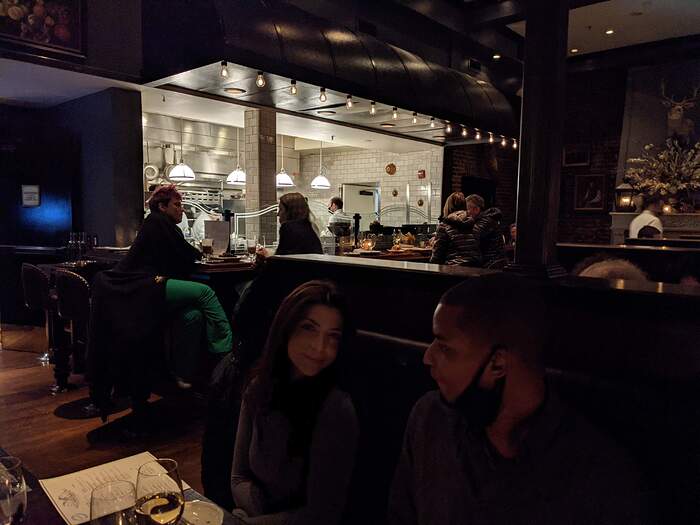 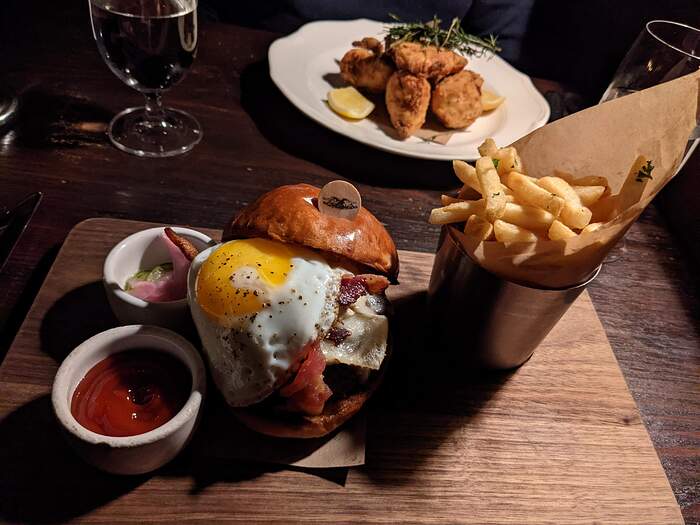