Washington Post: Why is the restaurant industry so terrible for women? 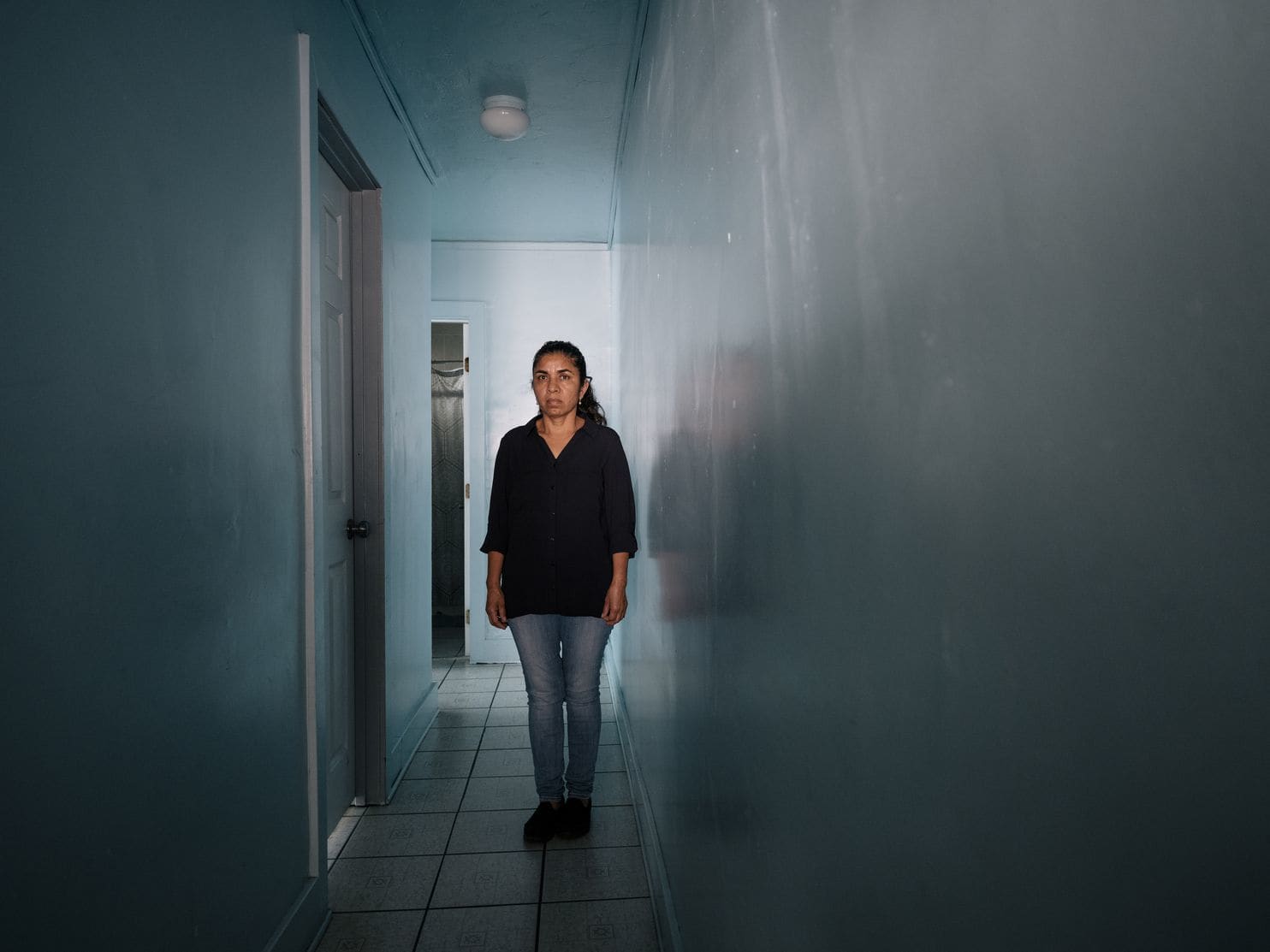 Rape in the storage room. Groping at the bar. Why is the restaurant industry...

In interviews with dozens of women, a picture of rampant assault and harassment emerges. And not just by powerful chefs.

But the culture of widespread sexual harassment and abuse in kitchens and dining rooms from Washington, D.C., to Portland, Ore., can’t be pinned solely on a few celebrity chefs or the rare, singularly powerful gatekeeper. It takes place in suburban chains and in dazzling three-star Michelin restaurants, and its perpetrators might just as easily be owners as lowly barbacks. The reasons are many, and they’re complicated: Many kitchens are boys’ clubs, dominated by machismo and flashing knives; many women rely on pleasing their male customers and managers for tips or good shifts; human resources departments might be nonexistent or toothless; and restaurant staffs are often hard-
partying posses that blur professional lines.

This is certainly not my experience! Wonder where they got this idea?

This is a known issue in the hospitality world. Bars as well as restaurants. I have many friends who work in bars and restaurants who are survivors of sexual abuse, harassment, and rape. This is a big issue that is finally starting to be addressed.

I have worked with and consulted to dozens and dozens of restaurants and bars. I am also a former psychologist and counselor who for a long period of time specialized in working with survivors of sexual abuse.

Over the past year well over a dozen woman who were abused and worse by one specific bartender over the years came together to deal with the issue. This asshole actually bragged about his “sexual conquests.”

The hospitality industry as a whole has now been confronting these behaviors very seriously over the past year. Do a little internet research and see.

Sorry, I was going on my 30 years experience in the restaurant industry, so I didn’t consult anyone else. Working in the kitchen, in management, and also outside sales (as a woman: Plenty of opportunity for harassment there!). Just lucky I guess.

Many women do have issues I’m sure, but some seem to just want to jump on this latest bandwagon. IMHO if course!

Good lord, reading this bought back some rather unpleasant memories … they pretty much nailed it!

Glad to know I was the lucky one!

I don’t personally know anyone who was raped, thank goodness, but everything else mentioned in the article is an accepted part of restaurant industry culture as a matter of fact they kind of took it easy IMO. If I had a dollar for every time I heard “what color panties are you wearing” from behind the line … orders would be held if the question wasn’t answered, a few creative responses would shut them up for a while. There was a VP of a national chain who could get pretty inappropriate and raunchy with me and others too … he was married, had a girlfriend who worked for the company and still felt the need to pursue and then there was the married father of four restaurateur who absconded with the contents of the safe and the 17 year old hostess … just the very tip of the iceberg, and what I can write here
The primary difference with my experience vs the article is that back when I worked in the industry there were very few minorities

Opposite for me minority wise, plus I was in my 30s when I really got involved. Maybe that helped? Glad I never ran into that stuff…because I really enjoyed all my food jobs.

FWIW, all “industries” can be terrible for women. As an example, every few days, I see a woman in the news complaining about past harassment. Some men have terrible attitudes toward women.

Agreed, however it’s comparing apples to oranges
I’ve worked in several different industries and have friends
and family who work in others as well … nothing comes close
to what goes on in restaurants and bars … nothing!

I was in my 30s when I really got involved

That’s probably why my experiences were a LITTLE different

Well, there you go. 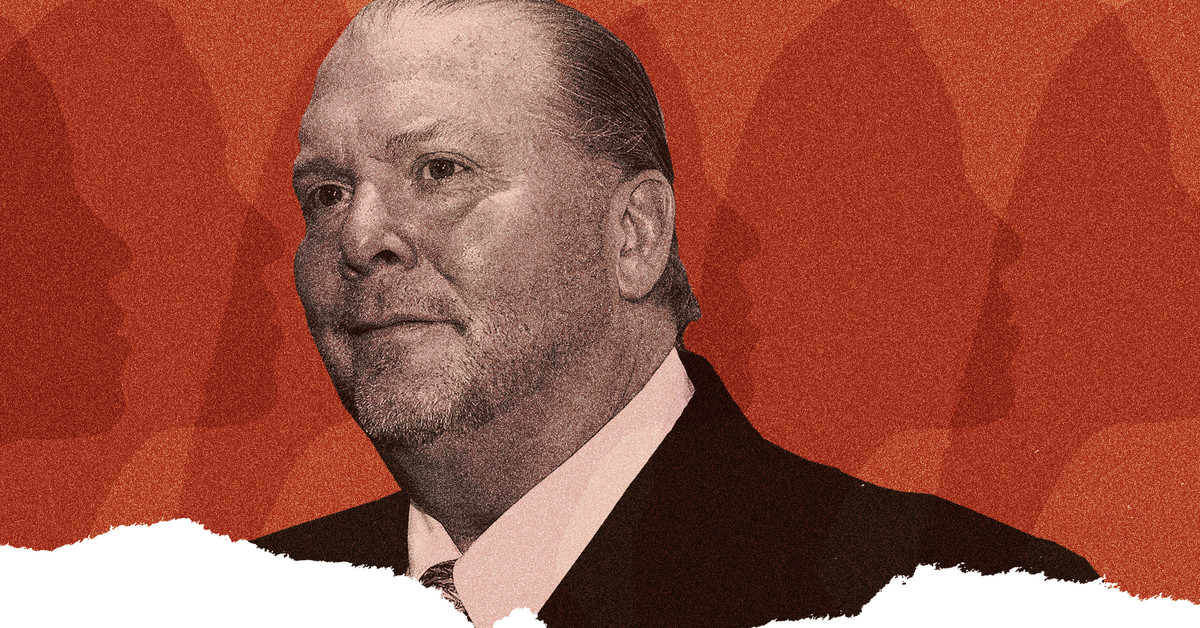 Four women accuse the chef of inappropriate touching in a pattern of behavior that spans at least two decades, according to dozens of Eater interviews 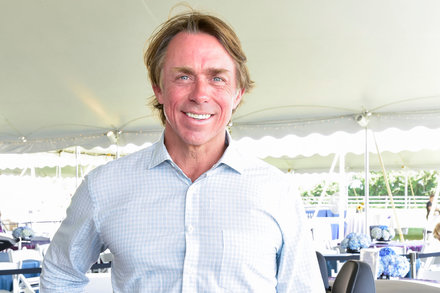 Scandals Keep Breaking, but Restaurateurs Have Yet to Own Up

The silence from chefs and owners has been deafening, but they need to admit and address the sexual predation that seems endemic to the business.

…Something has gone grotesquely wrong when chefs brag that the chickens they buy lived happy, stress-free lives, but can’t promise us that the women they employ aren’t being assaulted in the storage room.

Some of the mythology of food culture died last year, I think. The chef as avatar of sensual indulgence; restaurant work as a demimonde where rules dissolve in a pleasurable after-hours haze; kitchens as combat zones where everybody talks tough in the heat of the moment and laughs it off later — these myths may have had their uses at one point. Now that they are not just outmoded but demonstrably false, it is time for a more reality-based view of the restaurant industry.

The silence is deafening because we are all guilty. It’s not OK, but it is all too embedded in the culture. I can’t say with 100% certainty that I’ve never made anyone uncomfortable. I’ve made dick-shaped pastries and gotten too close going down the line - wasn’t it all fun and games?

It’s work hard, play hard. It’s a place where alcohol is part of your compensation - shift drinks, the chef losing his shit and yelling after three coffee-cups of red wine, the supposedly progressive tactic of adding a six pack for the kitchen to menus. You can get away without social skills if you make excellent food, and years of alcohol and/or drug use don’t generally encourage emotional maturity. So it’s perfect conditions for inappropriate behavior to fester, and excuses are made for talent.

I mean, take John Besh. One woman had a specific complaint against him, 20 others had complaints against other people in the group but he appropriately took the heat as leader. Yes, complaints should be taken seriously and there should have been an HR dept dishing out consequences. Yet how many Top Chef contestants swoon over him as a guest judge? I bet that out of his 1000 employees, there are 20 who totally would screw him after the holiday party. He’s pretty, charming, talented; I’d be tempted.

Change is slow, but the screaming, pan throwing, alcoholic asshole chef is becoming less acceptable so hopefully too the womanizer. I do blame alcohol to a large extent, maybe less alcohol and more respect will help. Since Mario Batali is known for his capacity for wine, it comes as zero surprise that he did and said things he shouldn’t have. We do need to listen, speak out, and act like professionals, but also let’s stop expecting cooks to work in inhumane conditions for peanuts and beer and maybe they won’t act like animals.

let’s stop expecting cooks to work in inhumane conditions for peanuts and beer and maybe they won’t act like animals.

I agree with many things you said, but I don’t think cooks working in a poor condition with less then ideal salary is not the main reason for any of this. If that is the argument, then we would say poor people behave worse than rich people. Yet, there are plenty of powerful wealthy people who misbehave, if not more so. It is about accountability. A lot of (relatively) powerful people simply think they can get away with doing certain things. You said it. Screaming, pan throwing… are becoming less acceptable – not because of salary.

It goes with many of the restaurant owners and chefs too, for they do not enforce a better culture in their teams. They simply care about the bottomline above all else. When they turn a blind eye to complaints, that is when bad behaviors are encouraged. There will always be bad behaviors in any industry. The question is: What you going to hold them accountable? Or are you going to turn a blind eye and foster a certain culture?

I’ve been giving this topic more thought in no way am I defending or justifying any of this behavior … it is a known fact that the industry attracts a disproportionate number of people with mental illness, alcohol, drug, sex addiction … all part of the culture. It would be more surprising to me if this behavior was not occurring, there is a lot of work to be done going forward if this issue is going to be permanently rectified.

I don’t think cooks working in a poor condition with less then ideal salary is not the main reason for any of this.

No, not the hot kitchens or low wages themselves, but the way alcohol is used to make up for those. How many of us make our best decisions or are on our best behavior after a few drinks? Not me!

And the people who learned to cook in jail, and the ones who can cook their asses off but not read the employee handbook …