We started with 10 people planning to join up at Wang Manor, but the group fell off with holiday chazerei, c-19 and bugs going around, we wound up with 4. TL:DR Really good and quite distinctive Sichuan food. 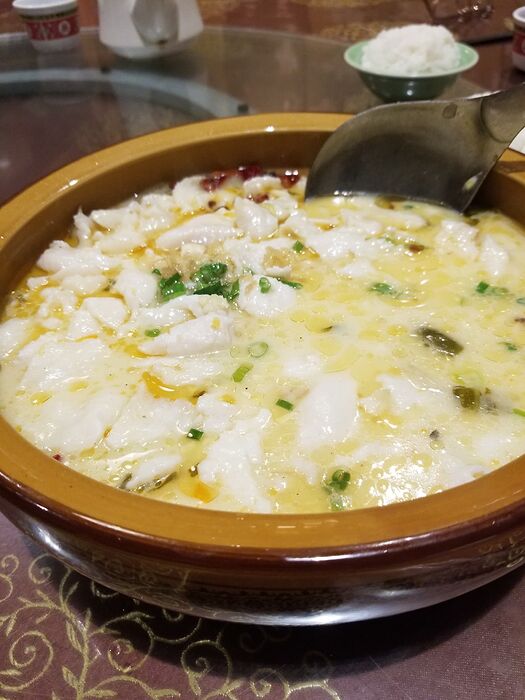 20221217_1920491920×2560 279 KB
First up was fish filet w/sour cabbage & passionfruit which had glass noodle and cabbage. This is a wonderfully inventive spin on the Sichuan classic. The addition of the passion fruit along with, I think, coconut milk made for a cream version of my favorite Sichuan soup. 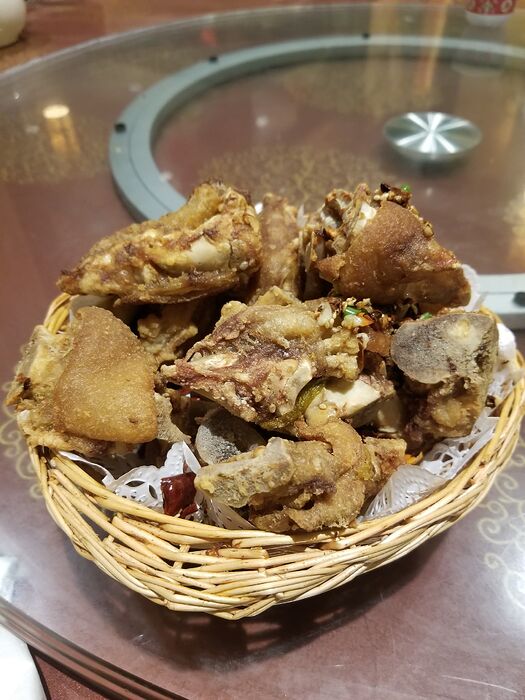 A dish that tasted great but ultimately frustrated a bit was rice crust with mixed seafood. It was good rice cracker/crusts, with a nice white sauce filled with tiny shrimp, slivers of fish & calamari, and an overwhelming portion of imitation crab. When the sauce gets poured over the rice, it crackles. As the dish sits, the rice crusts become soft as they absorb the sauce. It was super tasty and if we could get them to upgrade the seafood, I would order it again in a second. 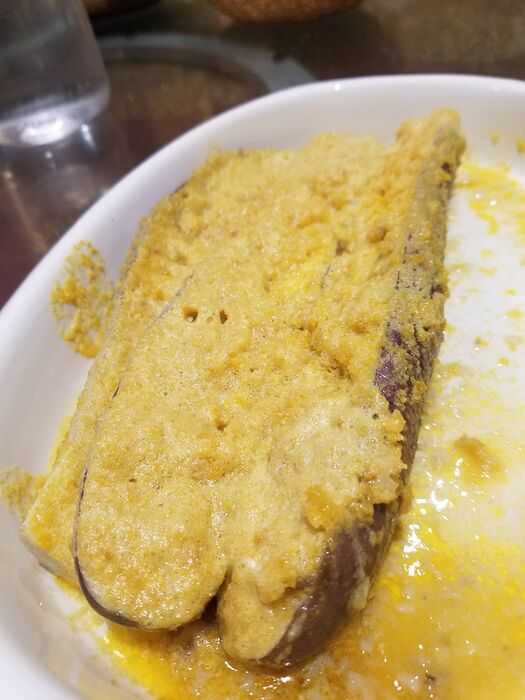 20221217_1939541920×2560 286 KB
The fourth dish was our only srikeout. It is listed as steamed eggplant with egg yellow crust. And that is both the name and recipe. Halved eggplant steamed, with none of the absorbed and released juces drained, beaten egg yolk, roasted in the oven. Devoid of seasoning or condiment, it was blandness in dish form. But it was again nothing like any dish I have ever ordered so there is that.

Would love to return with a bunch more people. The above was $124 for 4 people, t & t included.

IIRC, Wang Manor has a large menu, most of which has little to no association with Sichuan cuisine.

We had another dozen things we would happily have tried. The three dishes we liked were definitely in the Sichuan wheelhouse. And they have a pretty huge American Chinese menu segregated to the back