Just noticed, passing on the bus, that Wa Li Bakery (1249 Stockton St.) has morphed into Little Swan Bakery, with a spiffy new blue awning. According to its Fictitious Buiness Statement, it has the same owner, Fu Li Gong Bakery (CA), as a bakery of the same name in Alhambra CA. Little Swan in Alhambra appears (based on Yelp overage and its own Facebook page) to be cake-centric, as was Wa Li.

I’m not a bakery kind of guy, but I hope Little Swan Bakery’s branching out to SF Chinatown is such a roaring success that it sets a precedent for some of the vaunted Southern California dumpling and noodle shops.

Cool find. I wonder how they will compare to Fancy Wheat Field or 85c. Ooh, @sck looks like their LA location has a mille crepe cake.

I must have been hallucinating: the awning is red (same as its SoCal parent), not blue.

The Alhambra Little Swan had good-looking but pricey Potuguese-style egg tarts (from Yelp): 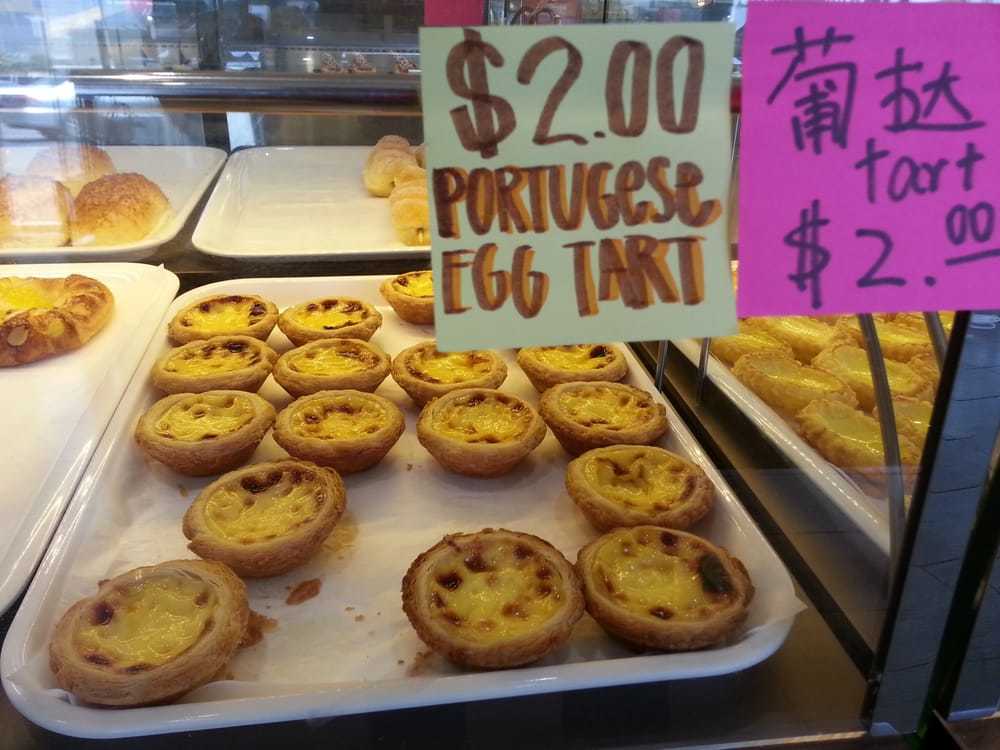 That’s even more expensive than the Golden Gate Bakery, right? I think its something like $1.75 at GGB, though for egg tart.