I just bought a lovely bottle of vin santo to share with my family after dinner on Friday. What’s the best serving temperature for vin santo? Thanks!

I’ve preferred them “cool” rather than “cold”…

Thanks! So in my house, that would be approximately “room temperature.”

It is one of my favorites. What are you serving it with, anything?

I’m serving it simply with biscotti. I don’t think this bottle needs anything more. 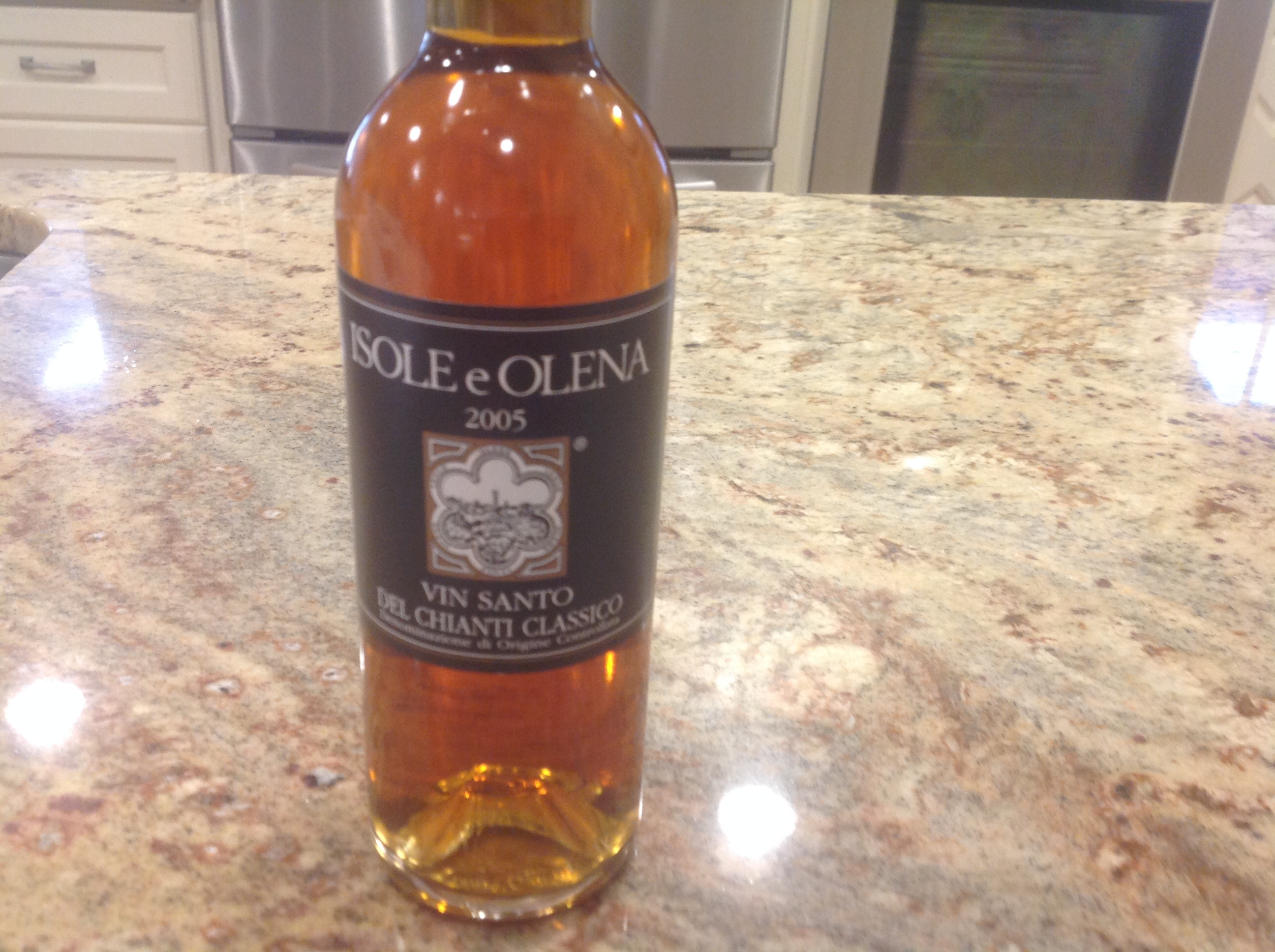 I was lucky enough to taste the 1997 Avignonese white vin santo at the winery after touring the full drying sheds and cask barn.

If the Isole is anything close, you are in for a treat.

I was lucky enough to taste the 1997 Avignonese white vin santo at the winery after touring the full drying sheds and cask barn.

Several years ago we visited the Corzano e Paterno winery in San Casciano Val di Pesa. After a tour of their winemaking process, we were invited to join the winegrower and his family on their veranda overlooking the vineyards to taste several of their wines (many of which we were already quite familiar with). When it came to the tasting of their Vin Santo, the winegrower, Joschi Goldschmidt, explained to my husband and me how Vin Santo must reach a minimum alcohol level of 16% in order to legally be labelled and sold as Vin Santo. That year, the forces of nature being what they were, they were left with a quantity of wine that was only 15.5%. Outstanding as it was, it could not be exported or even sold locally as Vin Santo, so they dubbed it Vin Profano, and kept it as a special stash to be gifted or consumed on special occasions. And that is how we came to be the recipients of one very special bottle of Vin Profano.