Near Dosa Point on Willow Rd near 101, there’s a corner location which was froyo for a while, and seemed to turn into boba tea plus froyo.

You can find the location as “cup’o’tea” at 888 Willow Rd via Google Maps.

They’ve put out a shingle claiming “village hummus”. The chalk board says “Mediterranean” and Hummus and Panini scrawled below. They have a few tables outside, likely shared with the Subway next door.

The logo is precisely of this San Mateo (now closed) location:

I’ve watched the place be under construction for a few weeks, but I didn’t see proper kitchen gear get installed. Thus I suspect they’re doing hummus and probably not the grilled items, unless they have a stash they are grilling offsite and reheating onsite.

But… Jerusalem Style hummus; will they give Oren’s a run for their money?

But… Jerusalem Style hummus; will they give Oren’s a run for their money?

Nationalism around hummus is huge and I would like to refer to some outside reading on the topic before diving in. 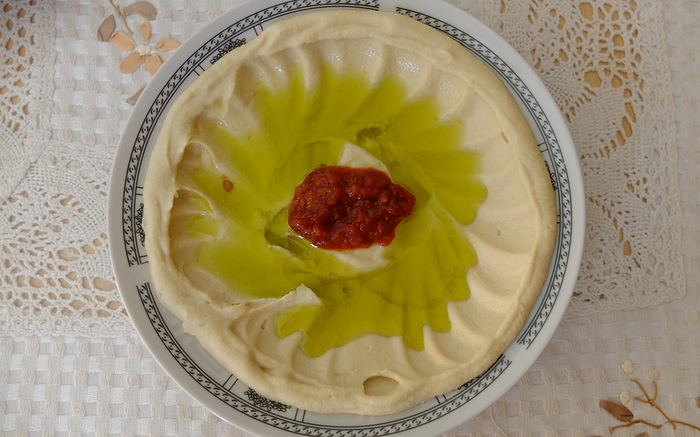 Anyone who has travelled to the Middle East knows that hummus is a staple food there. In Arabic, hummus means chickpea. Chickpeas are cheap, pretty healthy and easy to find in many parts of the world....

What I’ve tasted is most American hummus is far lighter than what’s eaten in Israel. I’m talking about a tub of Sabra or Sahara from your deli, you’re getting this. It simply has less tahini and less oil and probably a bit more lemon. I don’t know where exactly they eat hummus this light, but it’s not israel.

What the isralis eat is much, much heavier. When I visited Israel in the last few years I did some sampling & hunting, and was told it’s so heavy no israli would eat hummus for dinner — so few of the very best places would be open for dinner. It’s more of a breakfast and lunch thing.

Which brings us to the Palestinians, who, to say without stepping into a patch of politics, inhabit the same patch of land and a vast majority of culinary artifacts ( see URL, it’s a field of landmines ). I have a suspicion their hummus is actually heavier than what the Isralis tend to eat, and is similar to what Oren’s sells as “jaffa style”. Jaffa, of course, predates most things, according to Wikipedia it was likely founded in 1800BCE and mentioned by the Egyptians as a port in 1400BCE. Jaffa is also these days kind of an neuvu artsty place, where boho jewish outnumber everyone else, so maybe Oren’s is more saying “home style”?

I could have a lot of this wrong. My main source is on three recent trips to Tel Aviv I tried to sample as much hummus and talk to as many people about hummus as my business schedule would allow. I haven’t traveled widely in much of the rest of the Arab-speaking world outside of Israel; and would love to know more.

I do not know what the Lebanese eat.

Village Hummus in San Mateo had so-so hummus, but their falafel was excellent.

That article is ridiculous. No Israeli would claim that they “own” hummus or that it is “for them and not for” the Palestinians. And anyway, half or more of the Jewish population of Israel originates in the Middle East and North Africa, where they were eating hummus for as long as anyone else there.

All the top hummus restaurants in Israel are run by Arabs or Middle Eastern Jews. What, are Israelis not allowed to like it without being accused of “stealing” it from the only people actually claiming it’s exclusively theirs?

Yeah, I’m not even pretending that I know the state of Israli politics, or posted that article as correct. Sorry if that was unclear. The article was posted only to point out that people feel strongly, especially about food, about ownership and approbation and I’m not qualitifed to weigh in on who might think what is what with what label.

Village Hummus in San Mateo had so-so hummus, but their falafel was excellent.

Have you tried the falafels from Mediterranean Delite in San Carlos? I haven’t tried Village Hummus’ falafels but will. At least around the southern end of the Peninsula I like Med Delite’s the most, partially they make their falafels from whole chickpeas versus from chickpea flour.

Interesting you should mention Med Delite. That used to be my favorite place when I worked in San Carlos in the late 90’s. A friend from work found it and liked it. We would go once every few weeks for a schwarma.

Every time I went, there were always these women. The food was clean tasting, the atmosphere was bright, everything was great.

Then, one day, we went over for lunch, and it was nothing but large men. We tried to ask, and it was something like the men finally made it over to America, and they took over the restaurant from their wives who had paved the way.

We literally never went back.

Even within Israel, there is substantial regional and stylistic variation as far as hummus goes. Probably the “Jaffa style” at Oren’s is intended as an imitation of the standard hummus at Abu Hassan in Jaffa, although it is not served with the same accompaniments (particularly raw onions) found at Abu Hassan for probably obvious reasons. At the very least there is also meshawsha/mossabacha/“Galilee style” hummus which incorporates more whole chick peas. There are also apparently Yemeni variations on hummus, which, as far as I can tell, incorporates chopped onion/tomato/chili/herbs into the spread.

Every time I went, there were always these women. The food was clean tasting, the atmosphere was bright, everything was great.

Then, one day, we went over for lunch, and it was nothing but large men. We tried to ask, and it was something like the men finally made it over to America, and they took over the restaurant from their wives who had paved the way.

Lol. I don’t recall seeing any large men lately. There were some men, but there were also some women. I like their falafels, baba ganoush and hummus. I don’t know what style that hummus is, but its enjoyable.

What is the reason?

I think I was literally at Med Delite most recently in about 2002, that’s when these men showed up. Maybe 2001.

Time for a revisit???

Sure. they have been consistent in their food in the last 3, 4 years for me. The gentleman described in great detail the from-scratch days-long process they use to make hummus. Seemed to take great pride in the work. I don’t see him these days but the food tastes the same. If you go, get the veggie combo plate and you get to try the hummus, baba ganoush, and the dolma in one plate.

I meant to ask you. Is there a phone number for Village Hummus in Menlo Park? I tried to call in an order but I couldn’t even find their listing or phone number.

I think I found it. King Hummus across the street from the VA, right? Looks like they are closed for good. Another COVID casualty? Village Hummus in San Mateo also looks closed.

Sigh. Why are these people being hard to find?

Not the same. King Hummus was in what is now Dosa Point. It lingered on Google Maps long after its demise. It vanished months ago.

The place on the corner with a hummus and schwarma shingle out on a “village hummus” placard is at 888 Willow, and co-habitates with Cup’o’tea. The signage is still Cup’o’tea, and they still have the froyo machines. 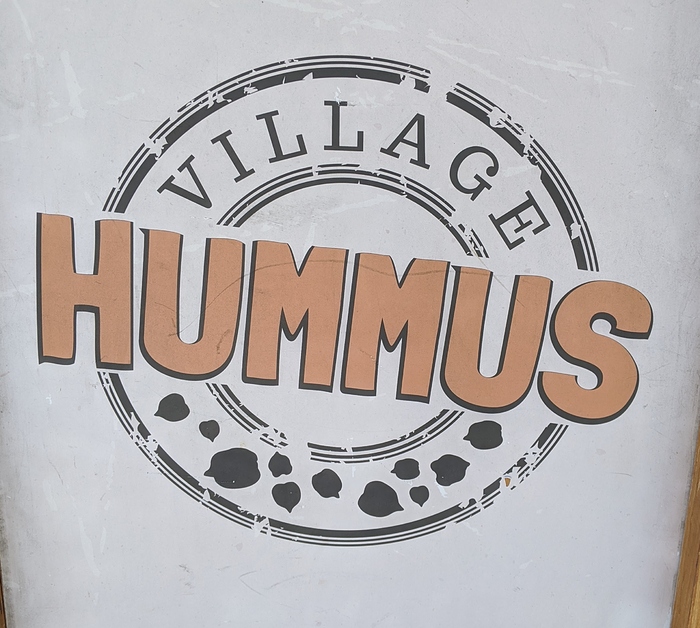 There is no phone number for Cup’o’tea, no clear online ordering,. There is a web address on Yelp which points nowhere. What’s up with them?

I guess I’ll have to go over and find out what’s up, and actually talk to them. Stay tuned… oh, they are closed. There’s some kind of construction on the block and DosaPoint is also closed. Doesn’t seem major, maybe some electrical or painting of the block.

Take the number of Americans you know who love to dip big chunks of straight-up raw onions (with the onion skin still on when they serve it to you) into various spreads at restaurants. Now take the number you know who would find it weird, gross, or off-putting if that were an expected part of their restaurant meal. Compare the two numbers. Make more sense now why Oren’s doesn’t do it exactly like they do in Old Jaffa?

Hmmph don’t know how the population feels about onion skins but it seems like raw onions are quite popular in sandwiches, etc.

The point isn’t that Americans would never eat raw onion ever, it’s that particular ways of eating it are perceived as totally weird and unappealing. The sliced onion on sandwiches is an accent, not the star of the show. If an aspiring restaurateur suggested that a cool new way of eating a sandwich would be to substitute hefty slabs of onion for the two pieces of bread, I have a feeling they wouldn’t find many takers. That’s the level of onion consumption that’s a mainstream option at legit hummus places. 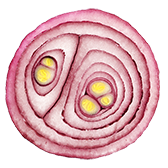