[Vietnam, Multiple] Vietnam - HCMC to Hanoi on a shoestring

I am visiting Vietnam for the first time and am basing my trip mainly around food and seeing as much as I can. We are doing the whole thing by motorbike and basically want the most authentic, local experience that we can possibly get. We will be slumming it; we will be looking to save money. But I have heard that food is delicious and cheap so I’m hoping you guys can recommend some cool options.

Street food, cool bars, interesting restaurant concepts and maybe one high end in Hanoi or HCMC would be fantastic. Also up for Chowdowns if people are around the same time.
I have searched the board but haven’t managed to find much.

This is the rough route:

Went to Vietnam twice, the first was in 2008, a bit like your route, Ho Chi Ming to Da Nang, Hoi An, Hué, Hanoi and back to Ho Chi Ming and down south with the Mekong. Our second trip in 2012 was only Hanoi and Halong Bay.

You can’t miss out eating street food, they are so good and cheap. Also, visit markets too, they are very interesting to see different ingredient and to understand food culture. One of our regrets was we were no early birds, we missed out the breakfasts stalls.

Places we still remember up to this day:

Nha Hang Ngon
Recommended by a local, it has it’s charm with it’s colonial architecture with a big range of dishes. It’s a good place to have an idea of Vietnamese cuisine especially street food.
Visited in 2008, at that time many locals and maybe 1/4 clients were tourists. They seem to expand since then…and even have a restaurant in Hanoi. (The second time, we went to their Hanoi address)
http://www.quananngon.com 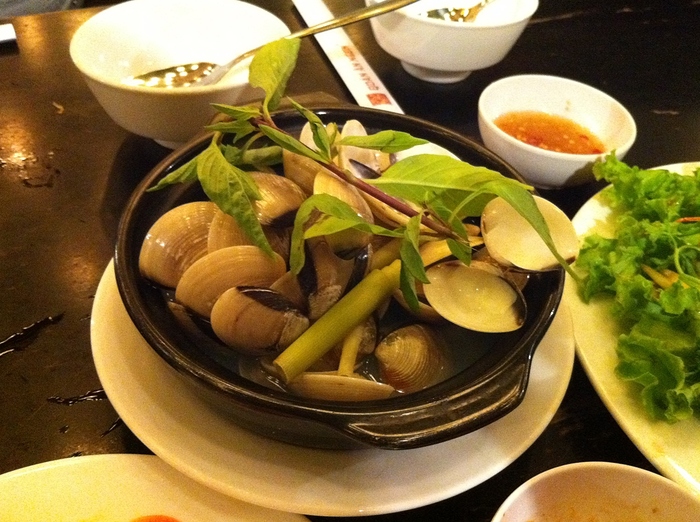 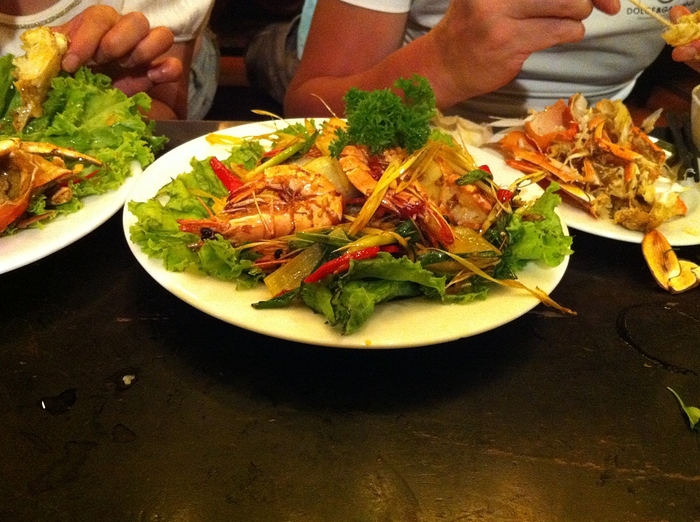 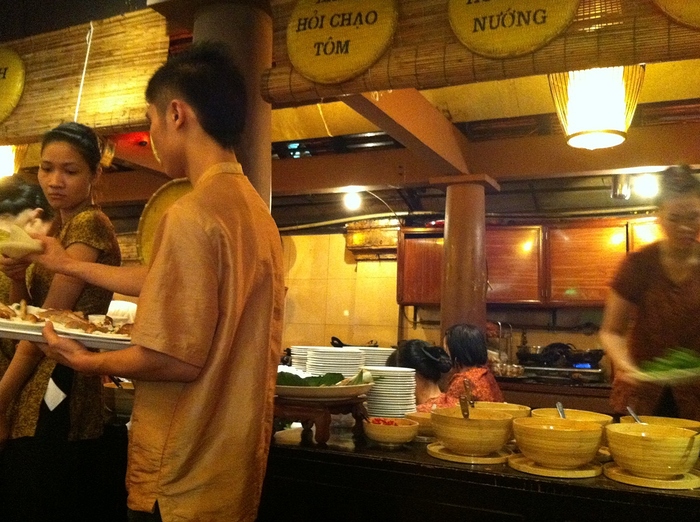 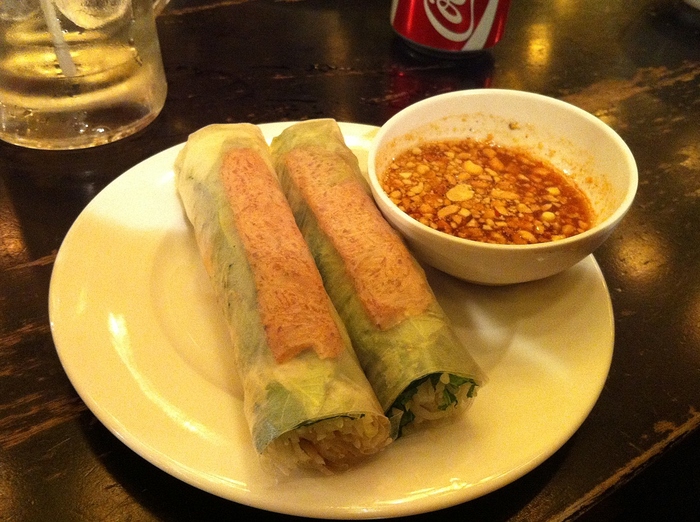 Phô Gia Truyen
49 Bát Đàn, Cửa Đông, Hoàn Kiếm, Hà Nội
Their beef phô was amazingly and different from other places in Hanoi, especially in their broth and richer in meat. 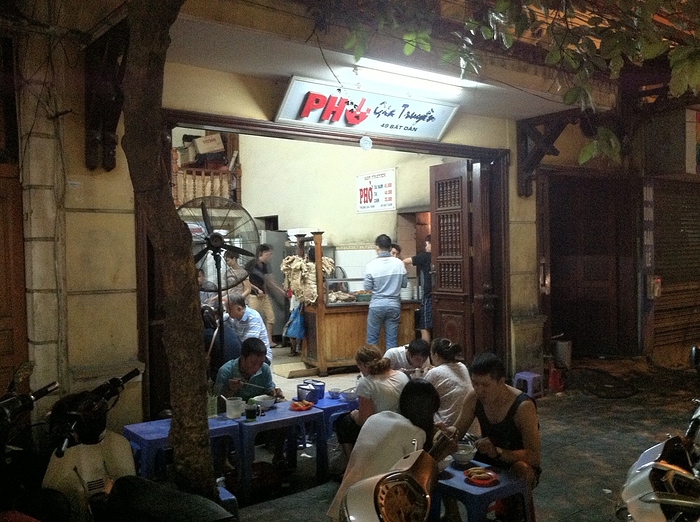 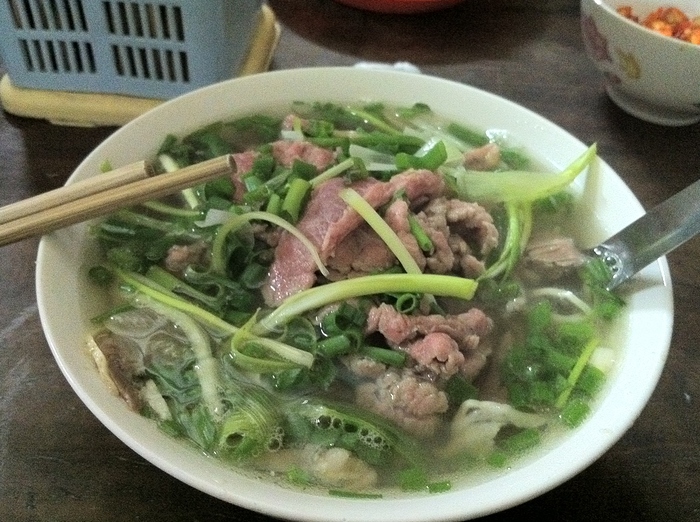 Cha Ca La Vong
14 rue Cha Ca, Hanoi
Famous for their signature fish dish. But be careful, the restaurants on the street they were all try to imitate the success of this restaurant, and all called Cha Ca La Vong, they tried to deceive you into before you will notice you were not in the right place. Happened to us, and we just bought a drink and leave that fake place. 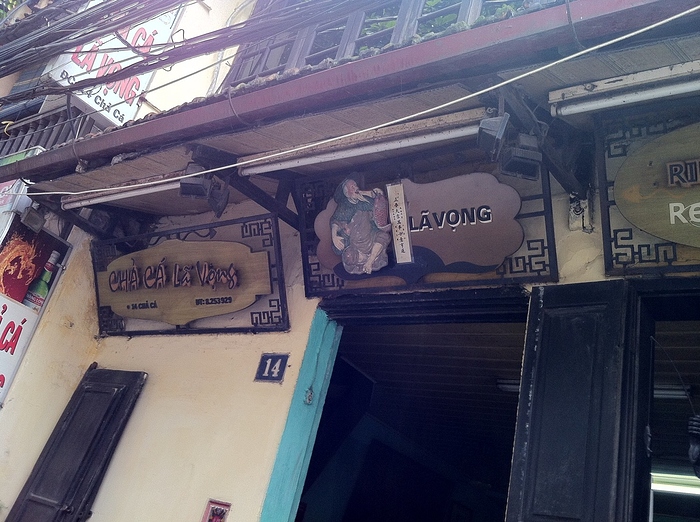 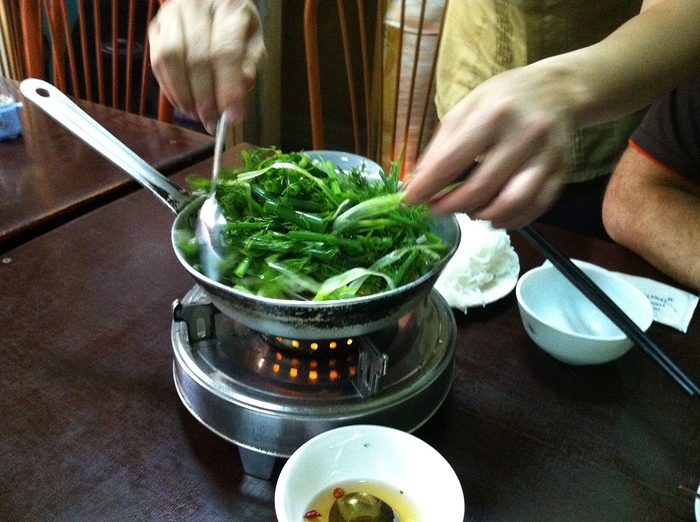 I will try to dig up my notes in my 2008 trip, there were 2 exceptional meals in smaller cities…

Very high end place is probably inside the hotel, Spice Garden in Hotel Métropole in Hanoi, and Le Mandarin in Ho Chi Minh City. I didn’t eat in both restaurants, but they seem to be references mentioned in my Vietnamese recipe books. I think Hotel Métropole also organise cooking classes.

Forget about eating French, I was thinking maybe we would have some nice fusion food since Vietnam used to be a French colony. In Hoi An, a French meal next to the river bank, was a disaster.

Their beef phô was amazingly and different from other places in Hanoi, especially in their broth and richer in meat.

Look at all those herbs! What do they add over there?