My companion in life and her sister are off to Vegas for a few days. As the family “food expert”, I’d like to suggest a couple of places for dinner - which is where you come in. Any thoughts where a couple of middle aged women might like to eat (cost not a constraint, as such).

To help, both like Italian. Both usually enjoy high-end Michelin starred type places (I think there’s a starred place at Caesar’s Palace, where they’re staying). Aside from that, is there anywhere that just screams “ICONIC VEGAS - YOU GOTTA EAT HERE”?

Yes, IL mulino at Caesars is very good although a bit formal. Joel Robuchon at the mansion (not to be confused with the adjoining l’Atelier joel Robuchon ) for a major splurge. Raku for japanese.

We’re locals, but rarely go to Strip restaurants, as they tend to be wildly overpriced. But since you mention Italian, there’s a great place at Mirage called Portofino. I had a great piece of fish there, probably the best meatballs I’ve ever had, and some outstanding pasta. I wouldn’t call it iconic Vegas, but the food sure is excellent.

Off-strip, hit Lotus of Siam for world-class Thai food. Nice restaurant (not elegant but an adequate facility) in a dumpy stripmall. Stellar food.

Jaleo for tapas (try the tomato bread, and the Jamon iberico slider) 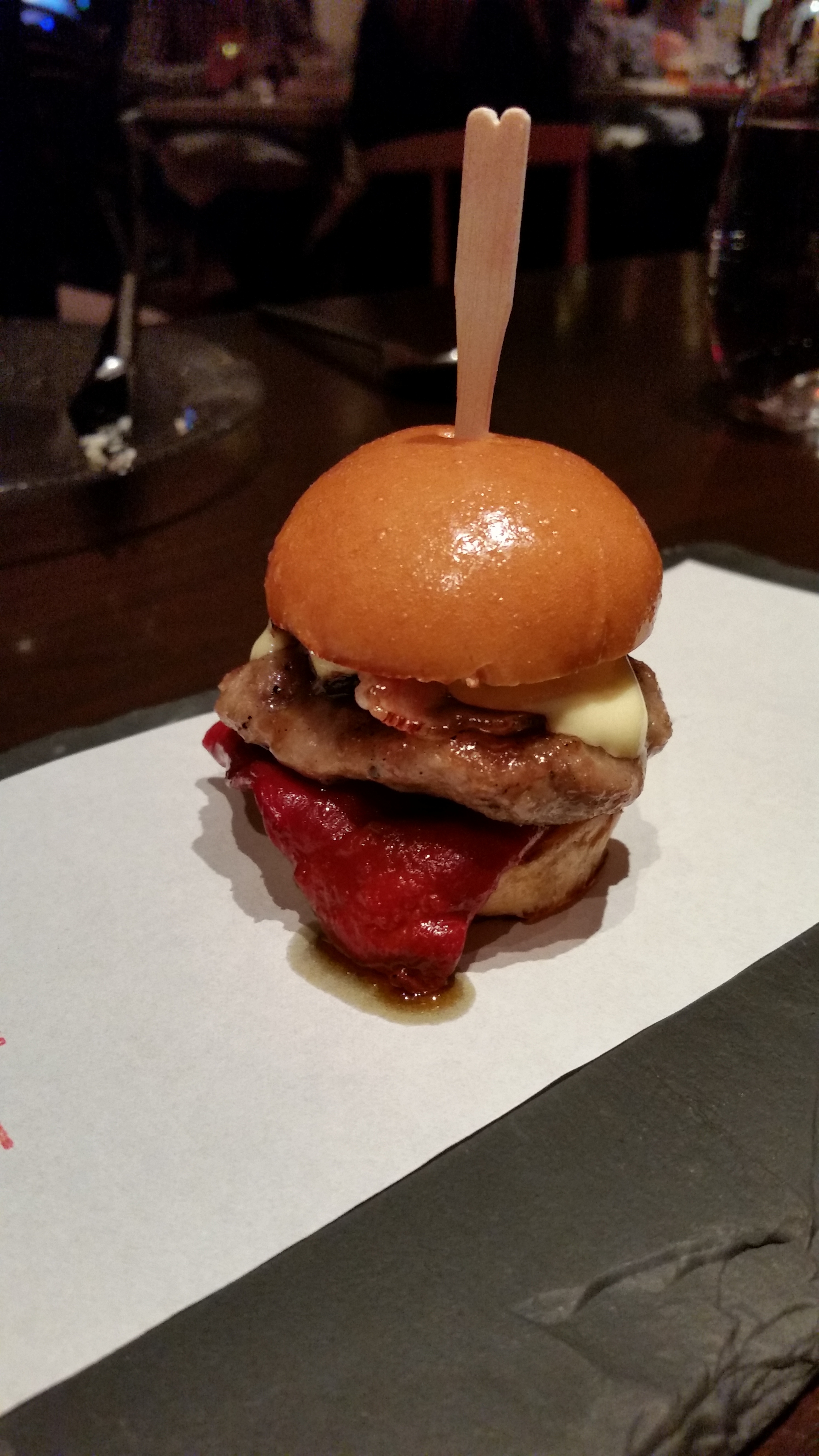 Sage for the beef belly (have a jw lees ale, aged in sherry cask, while there)

Nobu if you haven’t been to one

Shake shack if there isn’t one in your area

have a jw lees ale

Is that an American bewery or the British one that’s about 15 minutes from where I live?

The British one! But I paid a visit there (Manchester) once and they did not have any of their cask ales or harvest ale on tap, sadly

For Chinese Noodles go to the Noodle Man 6870 South Rainbow just west of 215 near the airport. Try the four dish starter, cucumber, tree fugus, and two other which due to a mind freeze I can not remember. But it was good.

Also Kormex at the Dectur location the older one which the more season cook top has more favor.

For all you can eat sushi I like Yama in a strip mall do not remember which street is on but for 25 bucks I get my fix.

Thanks yimster…
I’m not an all you can eat sushi gal.
Gotta say that Nobu at the sushi bar is excellent and for superior quality, the price point was surprising good.

What I like in all you can eat sushi is that you get to try all the all the types of sushi available and when you go elsewhere you know what you like. So when you go to a high end place to will have a better idea what to order.

Great italian seafood and pasta at Costa Mare (in the Wynn)