Last installment of my trip report. We headed to a truly fabulous Airbnb ~30 minutes past Sooke in the Jordan River area. I made a decent fish chowder using a Mitchell’s seafood chowder mix and fresh white fish. Chowder was doctored with potato, carrots, garlic, onions, and some scallions.

The big food find for us was Stoked Pizza, which we did not know about beforehand. We finally stopped in on our last night - man, wish we had stopped by sooner! It was packed on that Friday evening prior to Labo(u)r Day. We decided to take out to eat by our fire pit and drink our growler of Sooke Brewery IPA. Our mushroom pizza was not the best we’ve had (similar to Strathcona-style pizza) but there’s something about time and place that creates strong food memories for me.

Next stop was a tiny house in North Saanich. We stopped in Victoria first and had a pleasant meal at Canoe brewpub. We laughed when we saw it because we bypassed Spinnakers, thinking we were trying something new-to-us but we had in fact stopped by for drinks on our previous trip. We shared plump and tasty Local mussels and an excellent salad. Just ok beers.

Next interesting food discovery was in our North Saanich hood. The McTavish convenience store was CRAZY in a good way. They probably stock everything one needs and then some. Across the street is Roost which is a winery, tasting room, and cafe all rolled into one.

Our second to last meal was back in Victoria and was chosen out of desperation but surprisingly, it worked out. After a long and poorly timed (over normal lunchtime) visit to the Royal BC Museum, we were all getting hangry. The waterfront was even more crowded than usual due to the holiday weekend and there was a blues fest going on. The line at Red Fish Blue Fish was not compatible for any of us. We had done almost no Victoria research because we actually thought we were going to bypass it. So we did the annoying tourist thing of standing on a street corner, looking around, helplessly looking at our phones. Everything interesting had lines. And then B says well there’s this place called The Local. It wasn’t promising. Huge patio was full, but we got seated at a sticky table in the empty pub. I ordered the seafood chowder, B went with a salmon wrap. Very friendly server got spring onion a small chunk of salmon. And after a long wait for food, we were all pleasantly surprised. Unlike similar places in Boston, there was real care taken in the kitchen. The food was actually good and not slopped down on the plate. And again, great service. Nothing earth-shattering, but it fit the bill.

Our very last meal not at home was in Nanaimo, at the Seair Terminal. We decided to take a seaplane back to the mainland. We found out that folks get food delivery all the time to the terminal. We camped out at a picnic table at the water’s edge and got pizza delivery from Fresh Slice which was our 2nd choice but 1st choice was closed for the holiday. Our veggie pesto pizza turned out to be pretty good and hearty pizza (no cracker crust here), especially as we finished our growler and some residual wine. A couple of young guys showed up for a flight and we fed those hungry guys and we had the kind of politically-inflected conversation we are used to having with folks outside the US. One was Australian, the other a biracial kid from Toronto. It was a fitting coda to our trip. 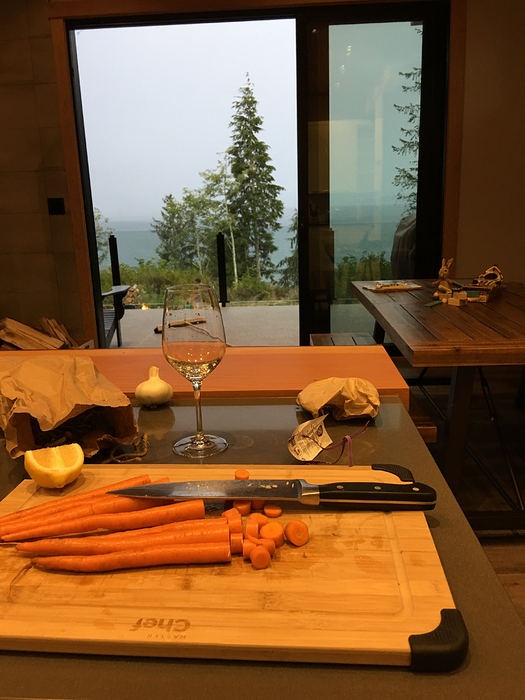 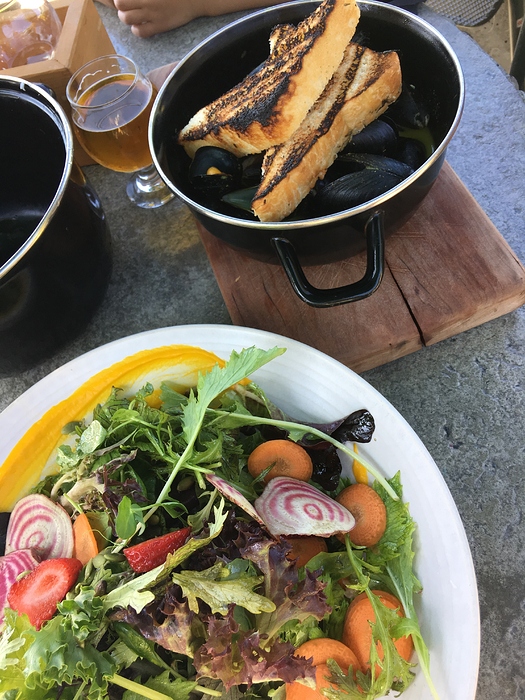 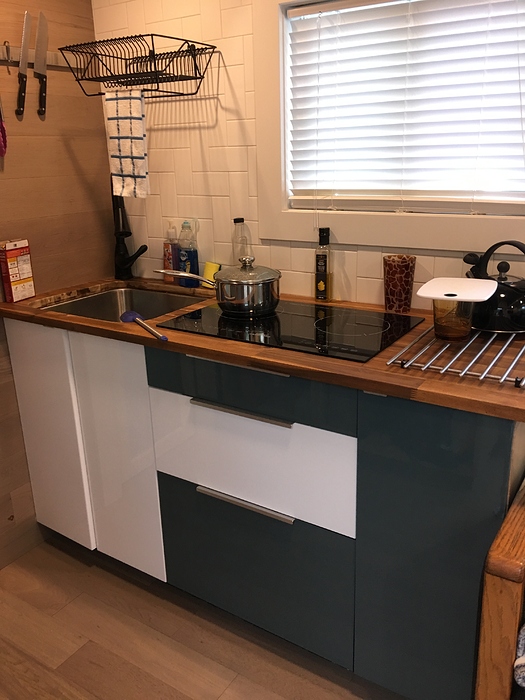 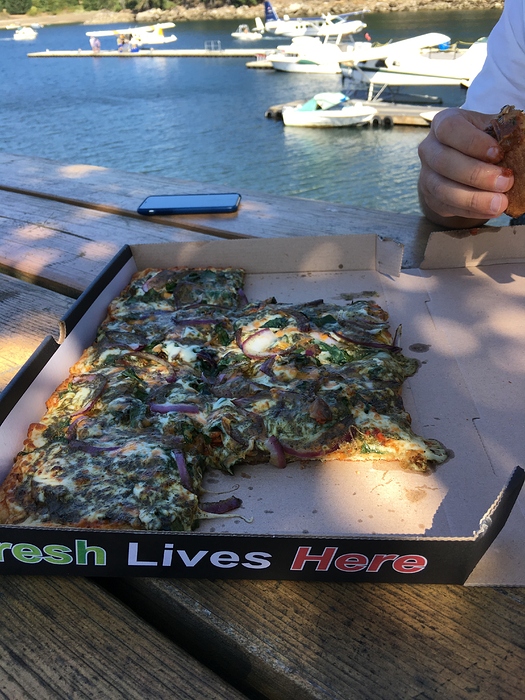