I’ve decided to report back as we move around Vancouver and Van Island to make reporting easier for me.

We arrived in Vancouver on Wednesday Aug 21 and stayed until Saturday. Had a mix of mediocre/just ok meals with some pretty good ones. And as usual, many meals were tied in with a kid-centric activity.

Wed: Arrived around dinner time. We stayed in the Strathcona neighborhood. So naturally, we walked over to Strathcona Beer Co. for beers that were right up our alley and mushroom pizza (kids cheese pizza for spring onion). A lively and fun spot.

Thurs: Great start to the day with breakfast at a cute place we were walking past, Hunnybee. My miso farro bowl with tofu was awesome - tons of mushroom and pickled veggies prevented the usual flavor fatigue I usually suffer from when eating a bowl meal that is not soup. B loved his lox and labneh toast and even spring onion’s Raisin Bran-like muffin was wonderful (crunchy exterior, moist interior). Following a long visit to Telus Science World, we needed lunch close by. Craft Beer Market was recommended to us but I could tell from the outset it was going to be very corporate. I was still full from breakfast so I had a mediocre cream of cauliflower soup (at least the portion was small). B was satisfied by his Mediterranean salad with salmon but wanted more stuff in it. Spring onion enjoyed his Japadog that we brought in.

We worked off lunch with a swim at Second Beach pool until dinner rolled around. We weren’t very hungry at the early hour of 5:30 PM-ish but spring onion needed to be fed so we went to the closest place, Stanley Park Brewing pub. A charming building, bustling with a happy hour crowd. B decided to get a few snacks, which we were meh (guac + chips, housemade potato chips) and helped spring onion with his fries. Goes without saying, an improper and unhealthy “dinner.”

Friday: After a long aquarium visit, we headed to Stanley’s bar and grill for lunch. B and I remember spotting members of Wilco there before their 2008 Malkin Bowl show (which we were attending). Brought back lots of happy memories. My seafood chowder hit the spot and B loved his salmon Cobb salad. Spring onion liked his salmon kids meal.

After checking out the totem poles, we started wandering over towards Marutama west end. Their ramen is based on rich chicken stock. My aosa ramen was loaded with seaweed and quite lush and B devoured his tamago ramen. We both ordered spicy. It was good but I like a thicker noodle. These skewed angel hair-ish. An order of noodles and broth was brought with a cute kids setup and even his own kids scissors for cutting the noodles.

That was our last meal in Van city. Off to Vancouver Island (Ucluelet/Tofino; Juan de Fuca/Jordan River; North Saanich). We leave Ucluelet tomorrow and I will try to post part 2 of my report shortly. 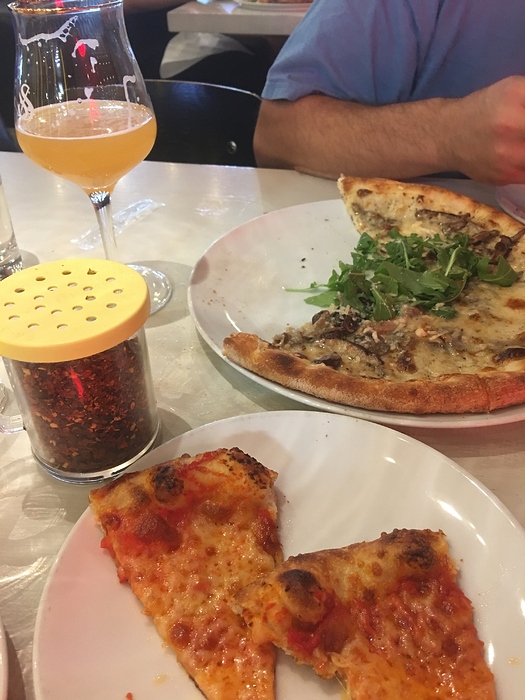 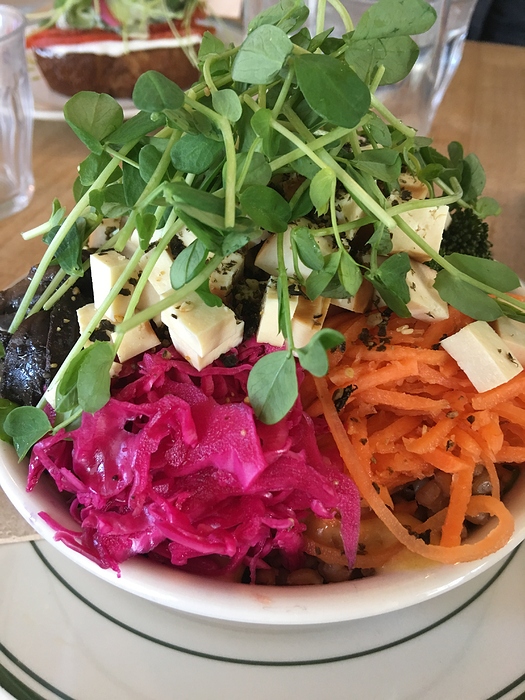 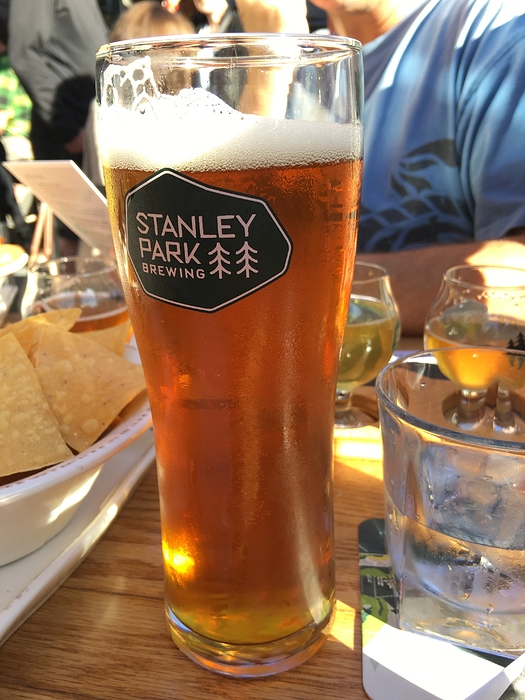 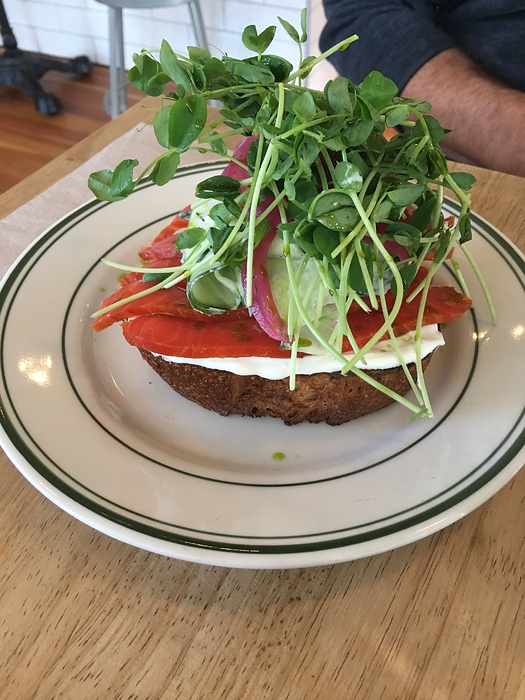