Using a dutch oven for breads other than no knead?

I love the crunchy crust of the no knead bread. I’m thinking about experimenting with a Jewish corn rye recipe. I’d like to get a crunchy crust on it as well. I think it might be worth trying! The rye bread bakes for about an hour, so I could do it 30 minutes with the lid on , and 30 with it off.

Has anyone used the covered dutch oven technique to bake breads other than no knead breads? 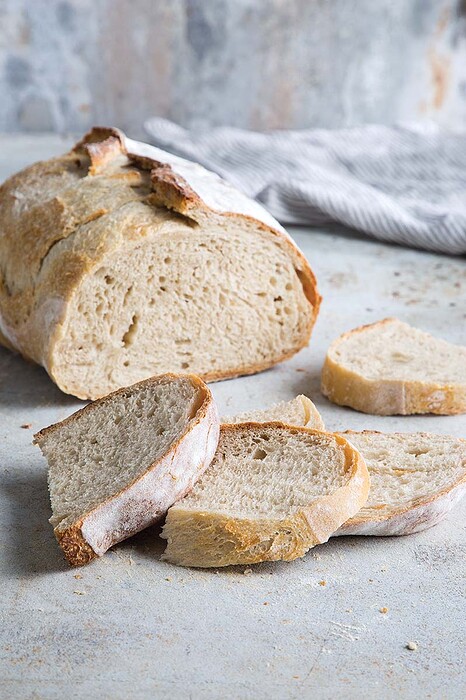 And their sourdough yeast is a great product.

Yes, but generally I bake other breads of similar hydration that way. I’m sure it won’t hurt anything to bake lower hydration doughs in a DO, but the texture of the crust will have more to do with the hydration level and dough ingredients than the vessel itself.

Yes, if I want a crust. You can spray the loaf with water once it’s inside, or add a couple of ice cubes before closing the lid.

Has anyone used the covered dutch oven technique to bake breads other than no knead breads?

Yes, I have made bread using starter, several times. Usually I knead my bread at night, after first proof in room temperature next to a heater, the overnight second proof in fridge, third proof for the bread to get back to room temperature, the last breads I made were tasty, they had a nice crust and rose correctly. Although I’m not too happy with density yet. I think I will need to hydrate more my future dough. I’ve to admit that comparing the starter breads to the no knead bread I have made, the form of the no knead was perfect, it had the right density of difference sizes holes, but taste wise it was bland.

Thank you all for the replies. The recipe I’m using actually has a starter in it, so I think there will be a higher level of hydration than a regular loaf. So that makes it a better candidate for a crisp crust, hopefully!

I’ll keep you posted on how it turns out. I’ll probably be trying it in another week or two. I’ll have to plan it out, so that the starter has enough time to get going.

I have used a DO for both my sourdough and my easy yeast bread. I prefer ceramic bakers, but I don’t really see much difference, except for weight. If you want the crust really crunchy, uncover for longer, and conversely keep it covered longer for a softer but still well formed crust. I generally cook to temperature for doneness, and use a Thermoworks indwelling DOT thermometer so I don’t have to be opening the oven while cooking.