Underrepresented national cuisines in the SFBA

I take no pleasure of seeing Syrian families uprooted and lose everything, and feel somewhat guilty as a food-loving person that we are benefiting indirectly from their misery. But if they are going to start over, I’d hope they find Bay Area a good place to do so. Toronto started seeing Syrian food in the last year or so since the upheaval in Syria started, and there is a fairly large number of refugees settling there. Bay Area, on the other hand, sees a very small number. I wish them luck.

Back A Yard, with locations in San Jose and Menlo Park

That reminds me of @geo12the’s report of:
St. Lucia: Ruthie’s Caribbean Kitchen

Some of the other Caribbean restaurants I wasn’t even sure which islands they are from. Like Cariblue in Redwood City.

Cross-posted this article in the Food Media thread about Syrian food and the emotions of refugees that was posted in The Atlantic a few days ago:

The Atlantic: 'Remembering the Taste of Damascus' Food Media and News

excerpts: … It has been said that the senses can restore memories, emotions, and even physical sensations thought to be lost. Marcel Proust wrote about how some cues, even the taste of a pastry he once ate as a child, could provoke a reconnection with his past. This experience rings painfully true for me. When I take a bite of eggplant puree infused with pomegranate sauce, I see my deceased grandmother standing before her cooking pots in the old house she lived in until the day she died. Ev…

At one time were UK foods better represented in the Bay Area, and do any restaurants here serve more contemporary UK foods (whatever that may be—- the Guardian has one of the best food sections I can think of, definitely so for vegetarian friendly food)

There are strains of UK foods available—- some tea rooms might be noteworthy. Other than that, it’s pub foods, mostly common stuff—— shepherds pie, fish and chips, pot pie, bangers and mash, or foods integrated into American cuisine. Are there any UK restaurants or bakeries that expats are fond of? (If we’re talking British Isles, I think there are enough Irish bakeries and pubs to exceed the 6 location maximum for inclusion in this list).

Considering how many British descendants and British influence of this country, British Isle foods are simply “underrepresented” compared to Italian, French, Japanese, Chinese…etc.

It may be because British food isn’t as good as those other cuisines. Just a guess.

Most of our Brit ancestors arrived here in the 17th Century. I for one do not long for the cuisine of 1640.

Somehow modern British food didn’t make it across the pond. I will gladly eat those.

Unlike burgers, Californian cuisine never makes it to Europe either.

I’m going to be laid up for a few weeks after an operation so “dinners out” are going to be a rarity for a while. So, we decided on a visit to our favourite Michelin starred place in the northwest before that. As always, it was an enjoyable evening – I don’t think we’ve ever had a bad dish here, let alone a bad meal. We ordered the five course set “Gourmet” menu – a pared down version of the seven course tasting menu. It’s Modern British cuisine at the absolute top of its game. There was a lit…

If this is Canadian, fuggedaboudit… 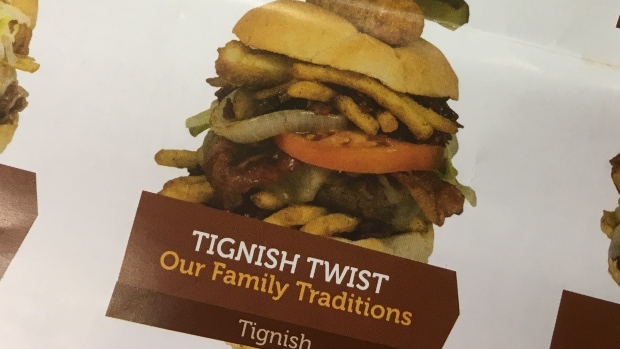 Establishments in Tignish, Alberton, Mount Stewart and Cardigan are among the 85 participants for PEI Burger Love's eighth year, which begins Friday and runs until April 30.

Greetings from a New Yorker! Love this post, don’t mind me adding. Several more up my sleeve (esp. regarding regional Indian cuisine), so hmu if anyone’s down to grab dinner sometime.

Welcome to HO! An epic first post! Do you live here for good now?

I had thought Dish Dash (at least the one in Sunnyvale) was run by Lebanese. Are they actually Saudis?

Oh, We should talk about regional Indian. At some point I was thinking about pulling a @Hyperbowler and do a Regional Indian discussion

@hyperbowler created a wonderful Regional Chinese roundup for the Bay Area. I was toying with the Yelp API the other day and downloaded the listings for restaurants serving cuisines from the Indian subcontinent (Indian, Pakistani, Sri Lankan, Bangladeshi, Nepali) in the Bay Area as well as basic information about each restaurant available from Yelp. Originally I was thinking about potentially doing a mapping/ classification of the restaurants by Indian states/ countries similar to the provinc…

But never got around to it. But I must say there is a wealth of regional Indian, especially in the South Bay. So please feel free to start such a discussion! Separately I still need to get around to posting about Annachikadai, the thali on banana leaf place in Mountain View.

Well @Yimster reported here that CWD is no longer Fijian:

Located at 312 Arguello St Redwood City, CA 94063 Another hidden gem in RWC where for a long time was a huge void in ethic foods. This a Fuji-Indian take out wrap and bowl eatery. Only open during weekdays. Sadly to say I have only had two of their entrees (because i like them so much I have not try the rest of the menu.) On Thursday and Friday they have lamb and fish curries. Both are outstanding not too spicy in fact kind of mild. Come with rice and two side dishes as well as selection of…

Nice contribution, but with one quibble: I wonder if making fish and chips with Icelandic haddock makes a restaurant Icelandic.

These are great, thank you! Have you found anything here that you haven’t found in New York?

I will try to check out Fiji sweets soon.

How is the food at Paprika?

How did I miss Armenia? I believe Royal Market is Armenian owned too. Considering our proximity to Fresno, it’s surprising to have so few Armenian restaurants.

I was surprised to find more than six Argentina and Cambodia restaurants, which is why I hadn’t included those in the original post.

HForgive me if I mess up with the interface… new to this!

But yeah, I’ll be living in SF for the next 4-5 months

That’s right re: Dish-Dash; that said they have dishes that tend to transcend boundaries, like Mansaf. If you want strictly Saudi fare, here’s a feastly event you may want to check out: https://eatfeastly.com/meals/d/191385328/the-real-middle-eastsaudi/?rf=fwebbrowpopu