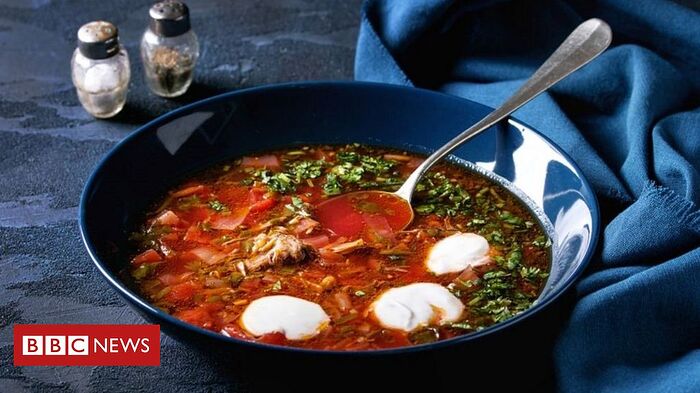 Ukraine seeks Unesco status for its beetroot soup - but Russians and Poles call it theirs too.

It’s clear that if a massive body of evidence was presented conclusively proving that the soup originated in Korea or Brazil, that evidence would be ignored, and the exact same disagreement would continue as if nothing had happened.

These things get tricky, particularly when a dish crosses national borders. The European Union has a system of recognition of specific foods. So, for example, only halloumi cheese made in Cyprus can be sold as such within the EU. It can get more specific. There used to be EU wide protection for Stilton cheese - which has to be made within a certain geographical area, by specified methods using pasteurised milk. Which meant that the very fine cheese, Stichelton, which meets all the requirements with the exception that its milk is unpasteurised, cannot be called a Stilton. Fine - until it became yet another piss poor consequence of the UK leaving the EU. We have kept the various designations but, legally, they only apply to the UK. Unless there are separate agreements, EU countries will be free to ignore it. So, maybe expect to see Estonian Stilton on sale in due course.

But it’s when a dish or a product is very widespread that it becomes impossible to regulate. Sticking with cheese, Cheddar originates from southwest England and is named after the village in Somerset. However, it has long been made in many countries across the world and could be regarded as a generic product. It would be impossible to stick a PDO designation on it, as such. There is, however, a PDO as there is for Stilton for “West Country Farmhouse Cheddar”, which requires it to be made according to designated methods in the four southwestern counties.

That’s certainly true. This situation, though, might be a little more as if Cheddar had been invented closer to the 10th century, with no way of discovering its precise origin but several claims to it.