Never one to let an opportunity slip, chef Jamie Oliver will front five programmes next week on Channel 4. “Keep Cooking and Carry On” will be amied at folk, like me, self-isolating from the virus 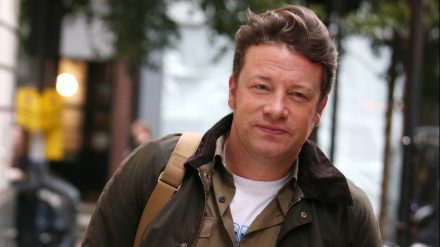 British chef Jamie Oliver is making a fast-turnaround cooking show for Channel 4, in which he solves culinary conundrums for people who are self-isolating during the coronavirus crisis. Jamie: Keep…

And the first Briton to be arrested by the cops is reported today, on the Isle of Man. For those not familiar with the island, it lies between Northern Ireland and Great Britain and is a self governing crown colony. Not part of the UK, it is responsible for its own domestic legislation including an emergency Act which requires all new arrivals on the island to self isolate. The idiot didnt.

For some weird reason this reminded me of nautical signal flags Quebec and Lima. The text is misleading but the two figures and their labels are correct. There is merit perhaps in folks showing ‘Lima’ when diagnosed and quarantined (vice isolated). https://en.wikipedia.org/wiki/Yellow_flag_(contagion)

Your replies often prod an old memory to life:). More than 4

decades ago I cooked on sailboats in the islands. Just went and checked out the world of maritime flags, so beautiful. I don’t remember much use of them on the boats I was on. Safe sails.