A team of American chefs on Wednesday won the biennial Bocuse d’Or culinary competition — the equivalent of the Olympics for professional cooks — for the first time in the contest’s 30-year history.

The team’s head chef was Mathew Peters, 33, from Meadville, Pa., who was most recently the executive sous-chef of Mr. Keller’s New York restaurant, Per Se. His commis, or helper, was Harrison Turone, 21, from Omaha, who also worked at Per Se. 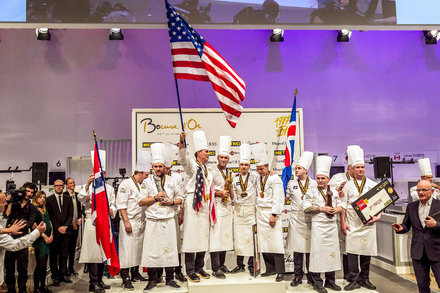 In what amounts to the Olympics of culinary skill, a group of chefs led by Thomas Keller prevails. 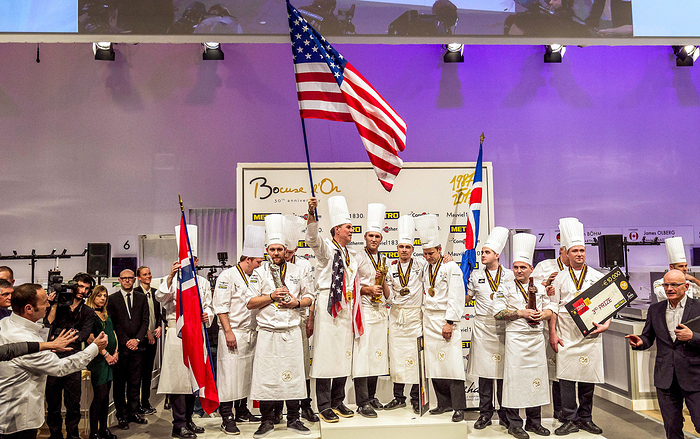 It certainly is about time! We have the talent, for sure. You think there was some national chauvinism involved with this competition over the years?

I don’t know if there is national chauvinism, but not everyone cooks like the French, so if the structure of the competition asks for entree and pastries in the fine dining mold, then by default I think it favors cuisines that fit into that structure.