Hello
First off, thanks to Harters for letting me know about this ‘new’ community.
Travelling to Porto this week.
Looking for super fresh seafood in non touristy/non stuffysurroundings - a bit like the La Paradeta model in Barcelona.
Have looked at Salat o Muro which gets a good write up on CH but we are staying near Mercado de Bolhao so its almost an hour on public transport and we only have two nights so that seems a bit much.
Any recs a bit closer to where we are staying ?
Other places have looked at ( though not neccessarily in same mode ) include Taberna Dos Mercadores and Camafeu
Any thoughts or alternatives?
Oh and if we only visit one place to try or buy white port- where should it be ?
Thanks in advance for any help you can give !

Some light reading. Too bad you can’t make it to Matosinhos.

I also stayed in the same area, 1 block from the market. Went to Matosinhos twice for typical Portuguese seafood meals at a little family run restaurant.

Even the Portuguese go to Matosinhos for fresh and good seafood. Once there, we were buying tram tickets at the official transit office and then asked the employee if he could tell us a good restaurant to eat seafood. He, and his colleague next to him, told us with such enthusiasm: “Just walk round and enter any seafood restaurant. You’re in the right place!”. They were right.

Check out some of my trip’s photos of seafood (amongst others). 45 minutes on the tram was worth it to me.

To see it bigger here.

I just got back a month or so ago. Down by the river, on your side of the river, we went to Bacalhau, which we enjoyed very much. http://bacalhauporto.pt/restaurante/menu/
It was our “splurge” and set us back maybe $45 U.S. We didn’t eat seafood, however, as I was sharing with my fish-hating BF. however, they do have it on the menu, and I would recommend the restaurant.

My favorite, of the 4 or 5 porto tasting rooms we tried, was Calem for the very thorough, informative tour, and generous tastings after, but Croft for the port - that’s where I ended up buying a bottle to bring home.

Enjoy Porto, it is exquisitely lovely.

First off, thanks to Harters for letting me know about this ‘new’ community.

Hey, man. Welcome. Good to see you made it here.

I couldnt directly mention Hungry Onion in my reply to you as the Chowhound mods would have just deleted it.

Can’t help with this thread but hope to see you on the UK board - you’ll recognise names from “over there”.

Hello folks
Not sure if protocol here is to report back, but no doubt you will let me know !
I will be brief - we didnt eat at any of the recommended places as they either looked a bit too gourmet for our tastes or because we just tried other places. Perhaps next time I will go a bit more gourmet as my experiences were not exacty stellar.

We only had two nights and ate at Cantinho Do Avillez on first night, recommended by our B&B owner. I had the octopus which was ‘fine’ and other half had the cod which was soupy, gloopy and very salty. I thought, as I tend to, that we may be being prissy. However, French couple next to us - lady left hers unfinished - American couple nearby - ditto. I tried it and it was odd. All in all with a bill of 100 euro when pre dinner drinks and a bottle of okay wine were included was not great.
On the Saturday we went to TA darling Camafeu. Other half was well impressed, I less so. Perhaps it is just me but when the room is very nicely done why orient a small table for two so that one of you ( guess who ) gets view of said lovely room and other one ( no prizes ) gets a view of the door which leads to the corridor and the bogs. A door which the staff went back and forth through with drinks and left swinging half open for half the night. Perhaps it is just me but it was intensely irritating.

The food ,aagin was a bit ‘meh’ overall. I ordered scallops to start. What is it with scallops these days ? Are they sooooo expensive you onl egt one or two now ? When did that start ? I got two, some ‘gravel’ type nonesense and a total afterthought of a salad…kind of just there cos we aint giving you any more scallops than two, sir ! For 10 or 11 euros it was pants. Other half had salmon tartare which was unadventurous but nicely presented and tasted good. I should have been either unadventurous or super adventutous. Mains were pork for me and veal for the lady - both fine but not earth shattering. Plus they do that thing were you get meat and a bit of potato, looking nice on a plate…with almost no veg at all. Again , what is that about ? I apprecaite that it looking ggood is now part of thething, but cant you make veg look good ? What is wrong with you ?!
We shared a very nice chocolate five ways type of dessert to finish. By this point I was hacked off though cos I had ordered a bottle of red which was again okay but just not that special. I was also miffed by the fact that a nearby table of loud talkers/jackets for dinner folk were getting the full ‘and thsis how we do x,y,z routine’ whereas us jeans wearers were getting rubbish starters and a view of the bogs…We did get a ‘free’ port afterwards which also seemed a bit weird. All in all, okaaaay but nip in first and grab the view of the room if you re there with your other half.

Anyway we did find one place I really liked. a sandwich bar called Stash. Good fries with rosemary ( and I dont really like fries ). Decent sandwiches - pork with a spicy sauce and a chickeny one for the lady. Will tryto attach pics but will no doubt fail.

Oh and thaks to Mariacarmen - the folks at Calem were very nice (and quick) with their tour - so a good rec there.

Now the difficult bit …waitng to see if anyone replies to this post and tells me off about it ! Here are those pics in the meantime - thanks for all your tips ! 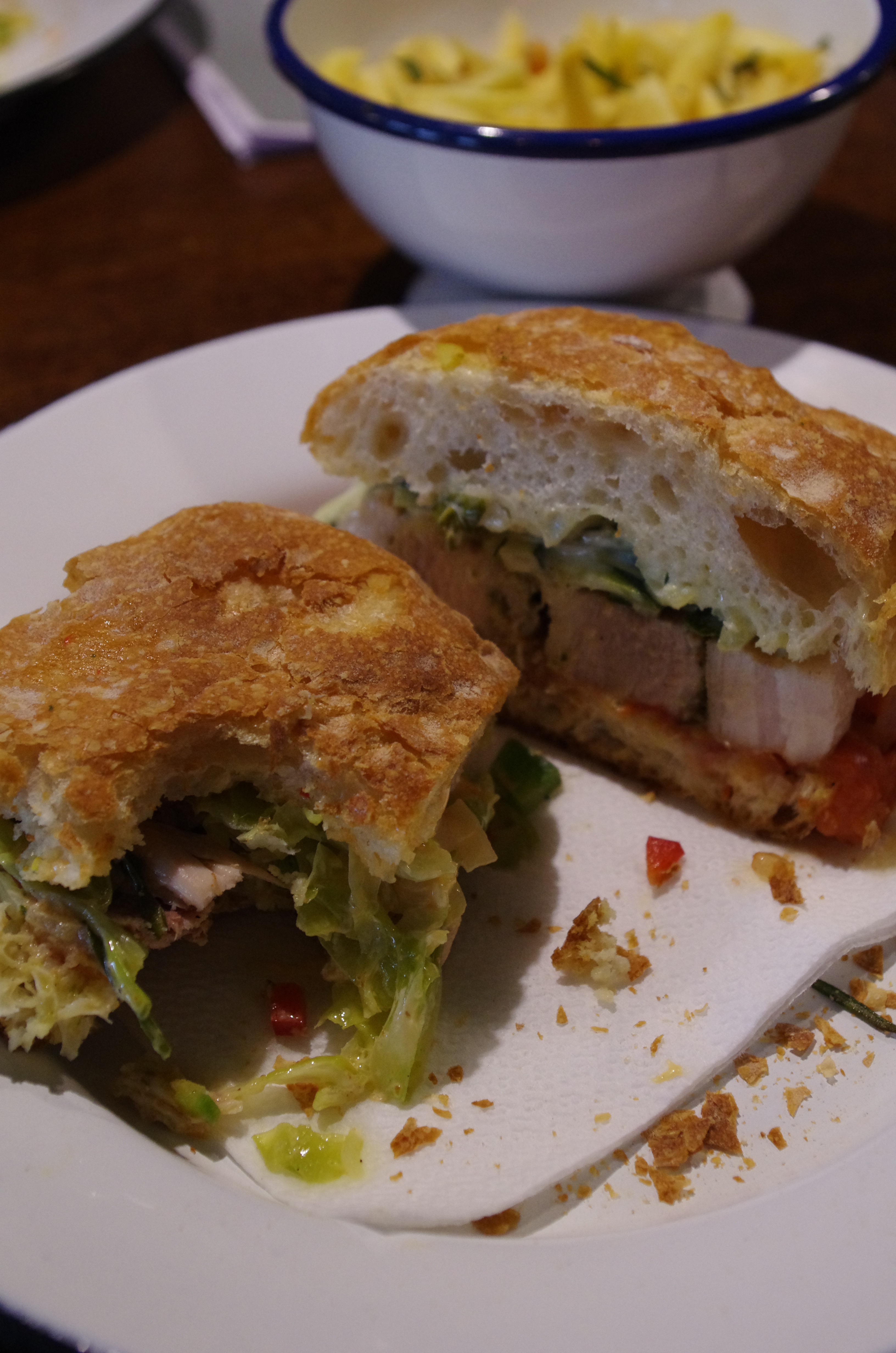 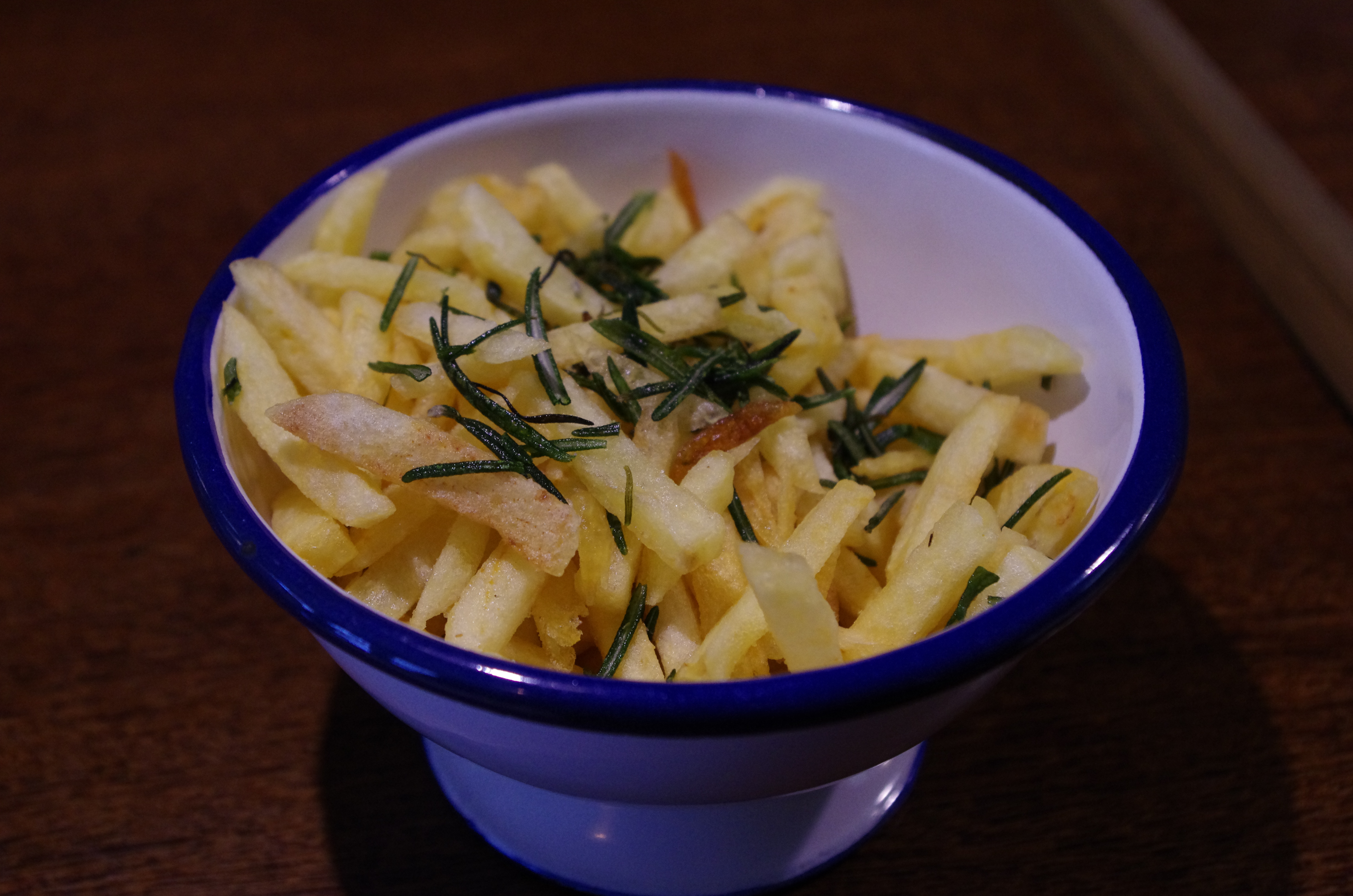 no telling off. glad you liked Calem! sorry about the rest of your meals…

.waitng to see if anyone replies to this post and tells me off about it

I reply and say “thanks” on behalf of the HO community. Feedback is always important.

By the by, I’ll join with you about poor table allocation. I often book tables well in advance and all too often get the one next to the bogs. It pisses me off. I reckon there should be a rule that says early bookers get good seats. When I raised it with the restaurant manager at the 1* Galvin La Chappelle in London, it just washed over him

Thanks Jason
Your list was all quite high end looking places ( well, at least to me ! ) Where would u recommend for more ‘good honest food’ type experience…or is it a bit of a touristy crap or super high end kind of a place ?