Tsuta, a Japanese ramen restaurant that has the distinction of having a Michelin star at its Tokyo location, recently had its soft opening at its new outpost in San Francisco, its first location in the US. They also have locations in Singapore. It’s located in the Metreon in SoMa in the row of shops facing 4th St.

We went and lined up for the soft opening on September 28. They opened at 5 and there was already a line in front when we lined up at around 4:15. When they opened, they seated people in a gradual manner, probably to avoid overwhelming the staff and kitchen. It was about a quarter past 5 when we were seated.

They had everything on the menu except for the miso soba. The menu itself is pretty simple - a shoyu (indicated as their specialty), a shio (salt), and the miso ramen. There are a few appetizers and side dishes as well. I don’t think they have a liquor license at the moment. There are two options for each of the ramen bowls - a basic option with one piece of chashu and no ajitama (marinated egg) for $12, and a more substantial option with four pieces of chashu and one ajitama for $16.

We ordered the karaage chicken to start, which was very good. Very juicy marinated dark meat chicken in a crunchy crust. It is served with a slightly spicy mayonnaise and a wedge of lemon. 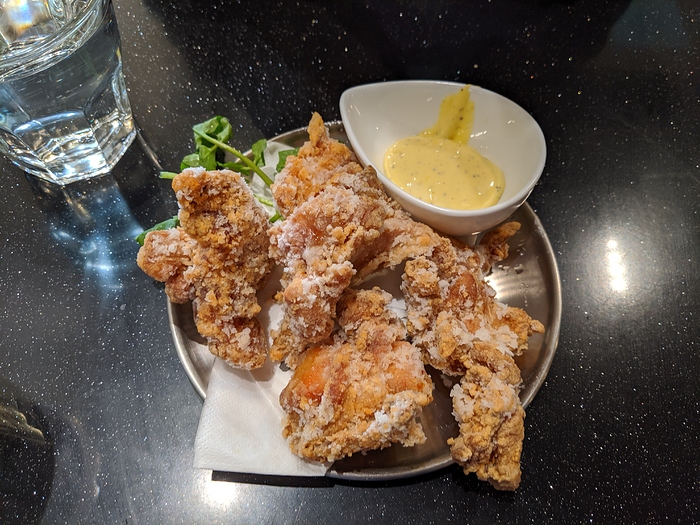 For ramen, we pigged out and ordered three bowls. Two bowls of the shoyu - which is what they are known for - and a bowl of the shio to share. We ordered the basic option for all of the bowls and added an ajitama (+$1.50) to each.

The soup of the shoyu ramen was very good. It has black truffle oil in it which gave the soup a nice truffly aroma. It was garnished with some parsley and some finely sliced spring onion. The single piece of chashu was tasty but a bit thin. I think if we were not getting three bowls of ramen the deluxe version of the bowls would have been a better choice. Menma (bamboo shoot) was in one large piece and had a nice texture. The noodles were good. Not super al dente, nice texture. Could have maybe had some more bounce/QQ. They forgot the egg and it came a little later. It was a properly soft boiled marinated egg with a runny yolk. 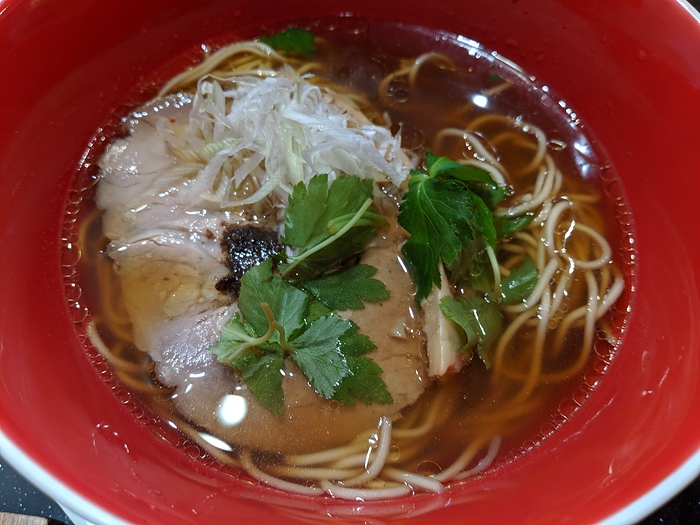 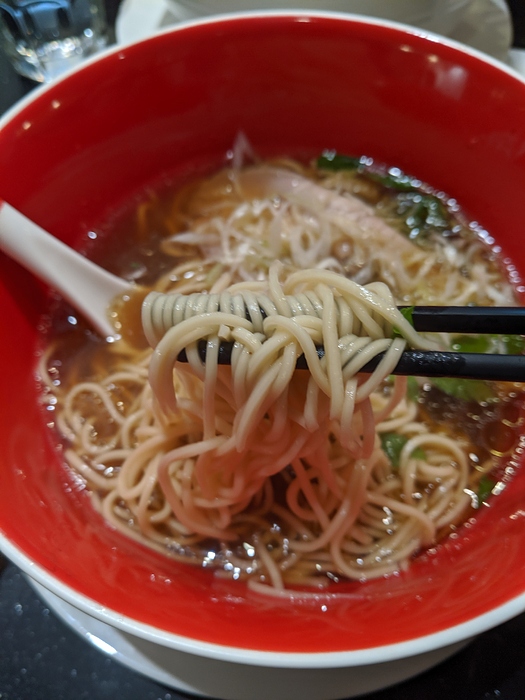 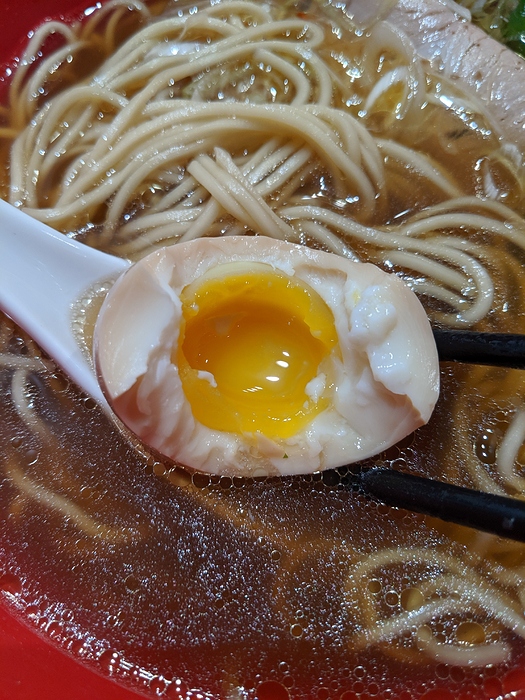 Instead of the truffle spiked broth of the shoyu ramen, this broth was a lighter, clear tasting chicken broth. This bowl also had some finely diced red onion and mitsuba parsley that enhanced the fresh taste of the soup as well as a dab of ginger scallion type sauce and some chili flakes. I didn’t like this soup as much as the shoyu bowl, though I think the less in-your-face flavor of the shio soup suffered in comparison to the more strongly flavored truffly broth of the shoyu ramen. Noodles were the same as in the shoyu ramen. 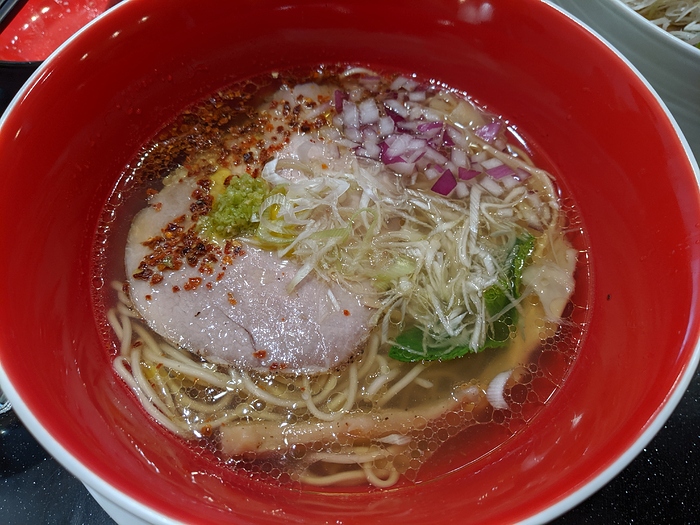 Overall some good bowls of ramen/soba but perhaps not worth lining up for at the moment. This was their first day open though. Interested to see how it changes as they move towards their official opening. 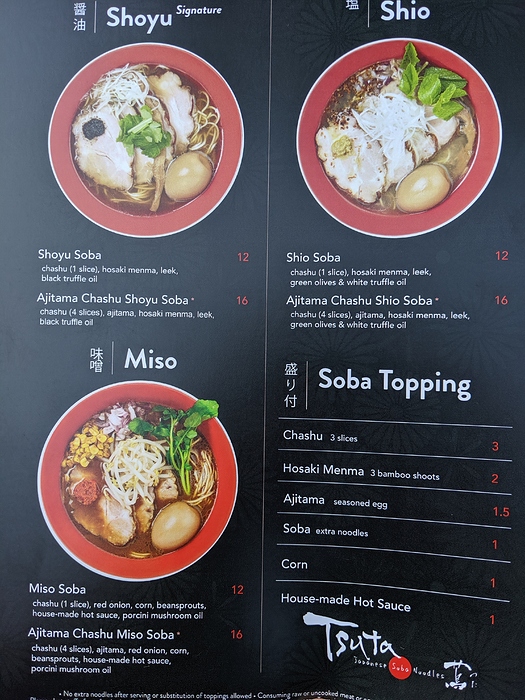 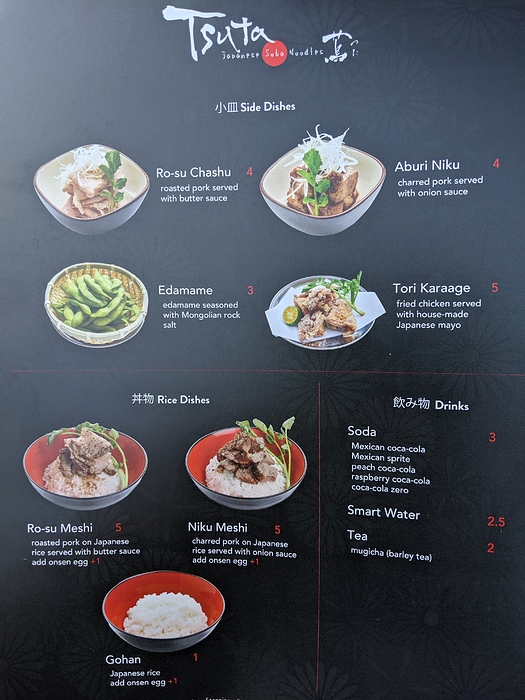 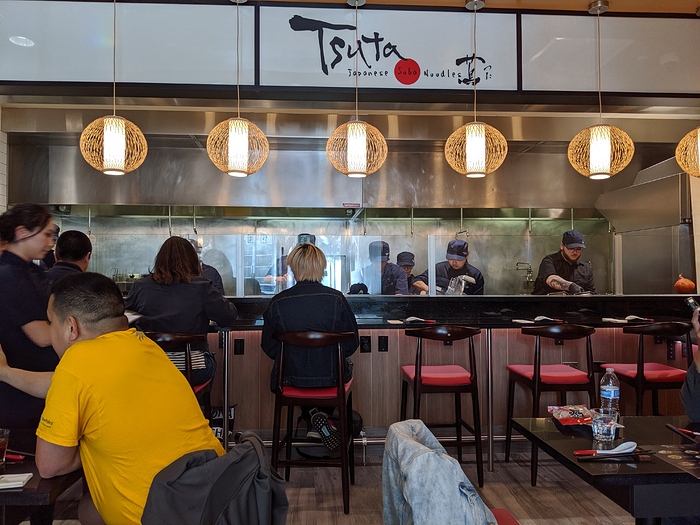 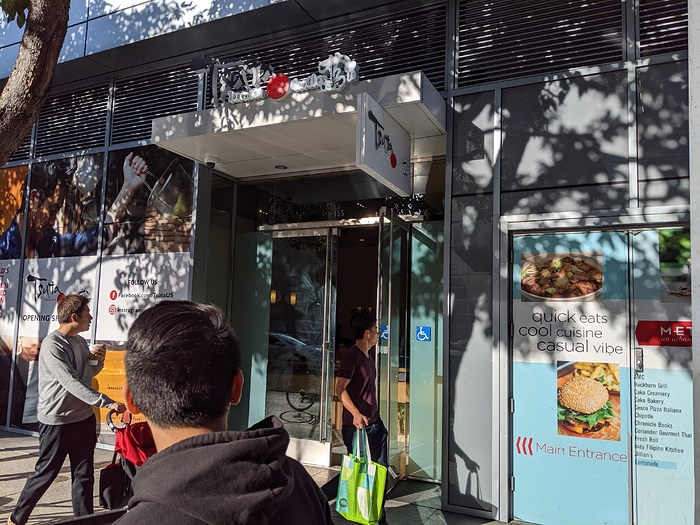