Trust me when I say I HATE when people say "trust me", and when they say "cute", but aren’t these the cutest tomato seedlings ever?

But aren’t these the cutest tomato seedlings ever?

Trust me; they are! 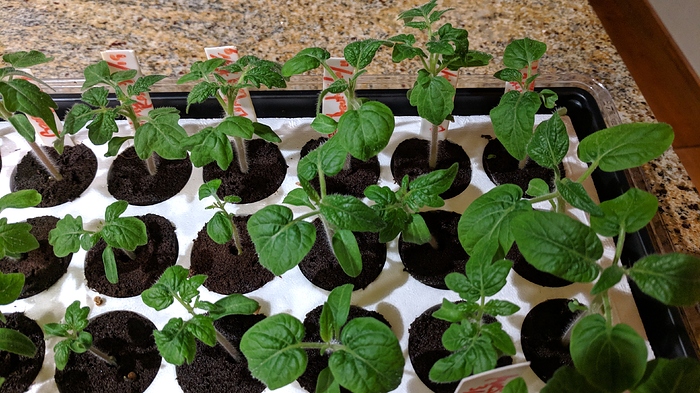 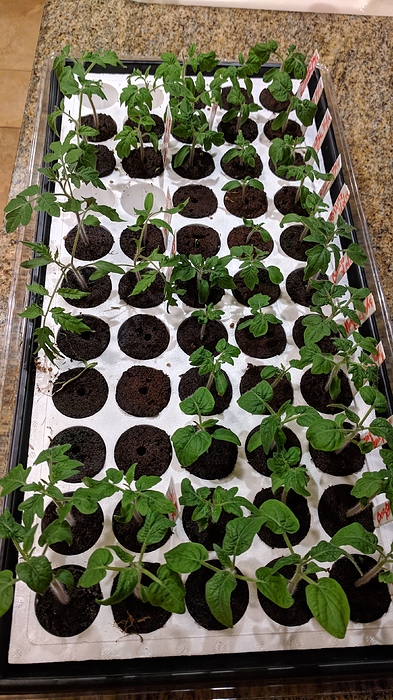 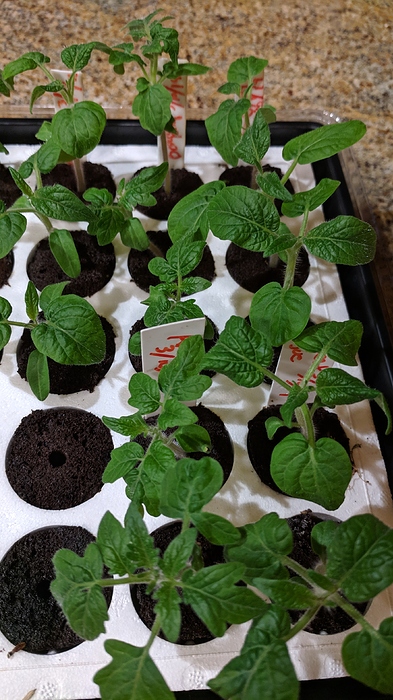 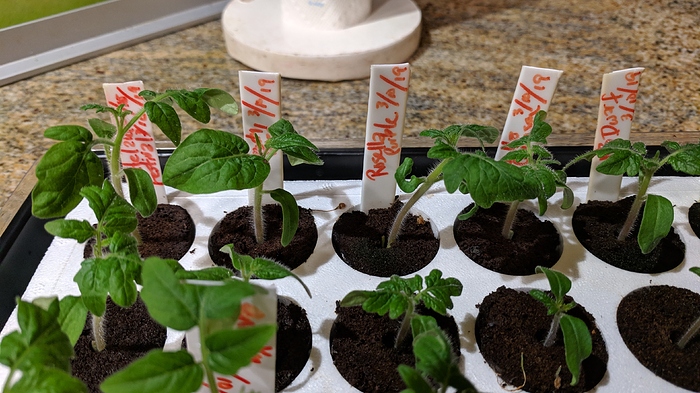 Yes they are admirable! Are they heirlooms?

Mine were sowed on 24 March, 2 weeks later than yours, indoor with heat pad, but they didn’t have the true leaves yet. 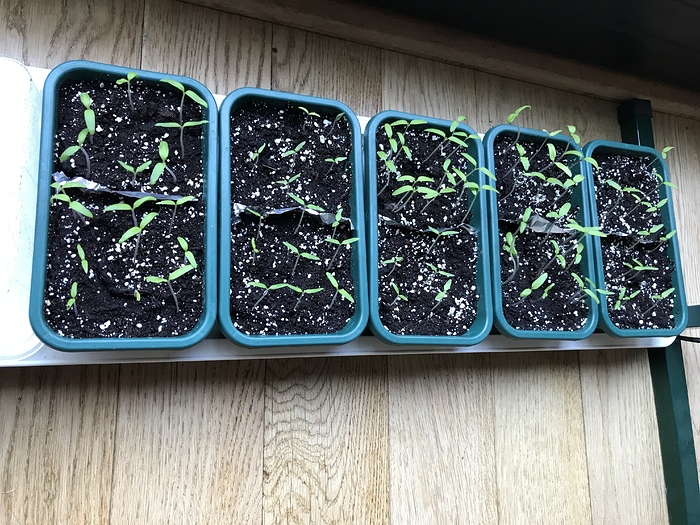 Adorable. I haven’t made effort to grow from seeds in a long time.

I can’t say I’ve ever found seedlings to be cute, and then I found this picture of a cactus seedling 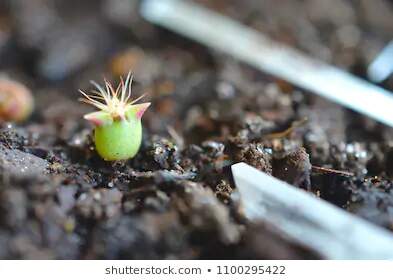 Those young plants look good! I’ve tried growing herbs from seeds, but haven’t tried it with vegetables. Probably due to the later start we have to our warm season here in New England. We buy the young plants (usually 2-3) and get plenty of tomatoes for the family with that. Are you planting all of those?? That must give you a ton of tomatoes!

I’m trying to give some away rather than have to destroy them. I don’t even really LIKE tomatoes all that much! I start from seed because I want to grow “Dwarf project” tomatoes, which I can grow in Earthbox Containers.

I think only New Big Dwarf can be considered an heirloom, but they are all open-pollinated and will grow true from saved seed.

"Appearing quite distinct in all growth phases – from seeding to mature plant – they behave as if they are very compact indeterminate varieties in the manner that they fruit, persevere until frost, and exhibit flavors that in many cases can approach the best of the indeterminate varieties, due to similar foliage to fruit ratios. There is some variation in height throughout the new dwarf varieties – some appearing to be more “determinate” than others. As young seedlings they are half the size of indeterminate or determinate seedlings right from the start. The central growing stem is particularly stout, and the foliage, which can be either regular or potato leaf, tends to be a darker bluish green and have a puckered, wrinkled characteristic that is known as “rugose”. Though the yields of dwarfs will never approach that of indeterminate varieties, the ability to plant them much more closely or grow in as little as 5 gallon pots are adequate compensation. What we are producing in this project is a color, size and shape range that will allow those who are space constrained to experience the nature of many of the well known heirloom types, but in a growth habit that is much easier to manage. "

Thanks for the information, will research more on the possibility and the spices available here.

Looking good! What kind are you growing?

The same repetition for a few years already, so I start to know their strengths and weaknesses. Last year, summer was very dry (no rain) Black Krim were doing really well. Green Zebra had a tendency to have blossom end rot (whether in rainy or dry summer). Mexican Honey Cherry weren’t very productive and small fruits. Cherries black and red overall were doing fine. Yellow pear, some years they grew like weeds and tasted good. Last year, they were a bit mealy and floury, I suspect because of different seeds suppliers. I had some oblong species for sauces last year, the fruits looked good but not much taste, so bye this year!

Nice! When do you plant out?
Here’s an update of the toddlers. 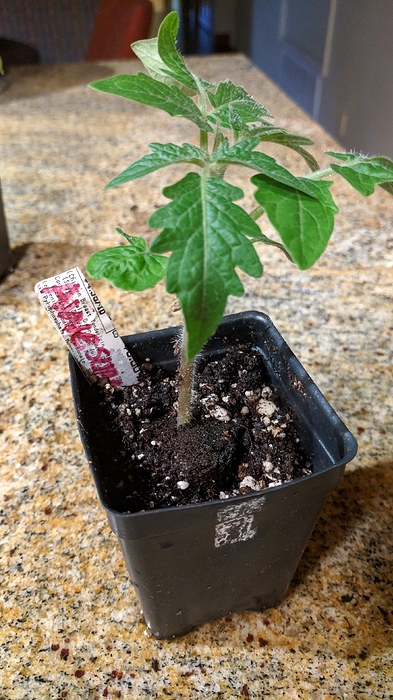 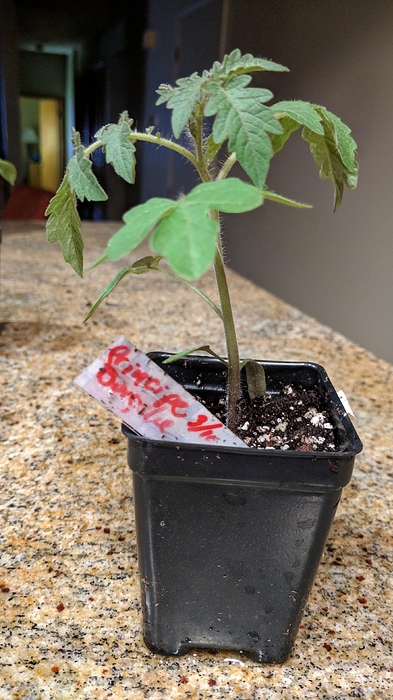 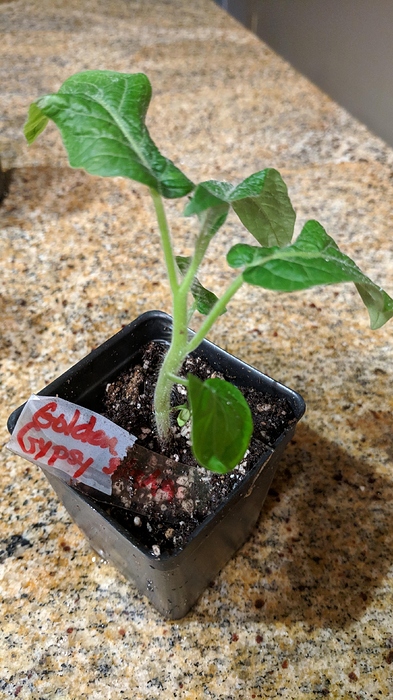 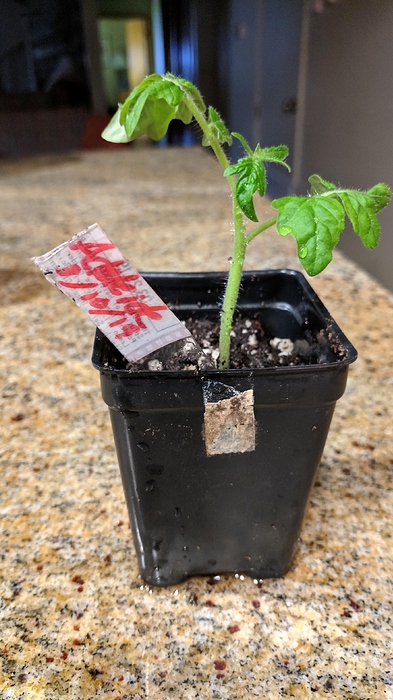 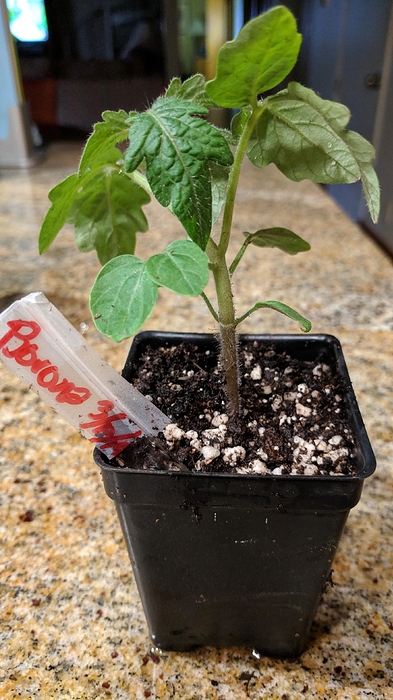 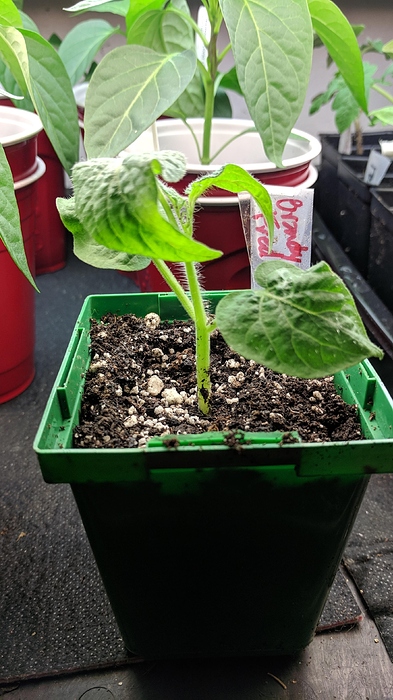 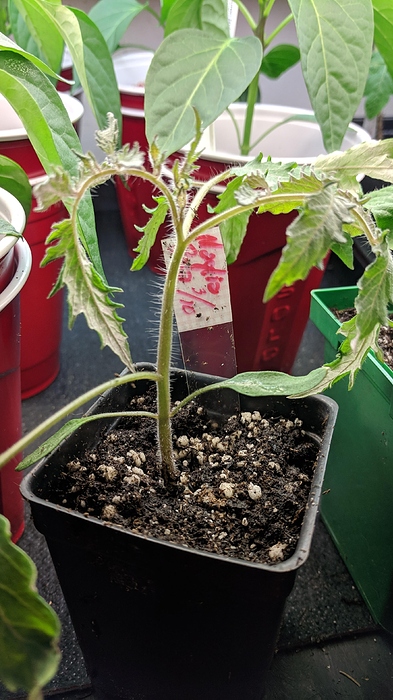 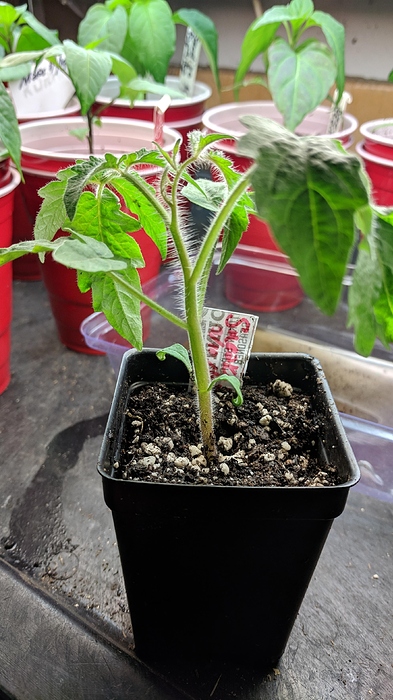 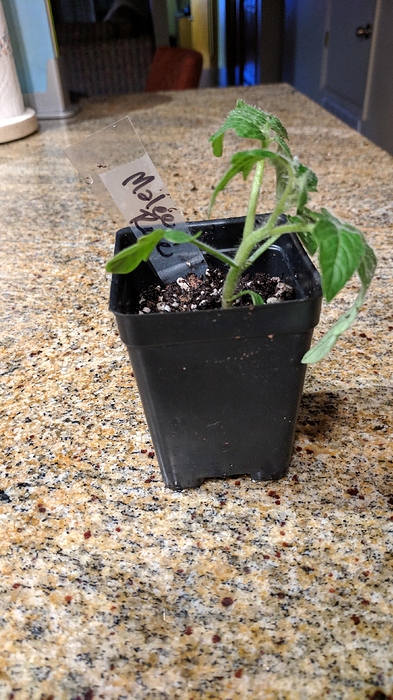 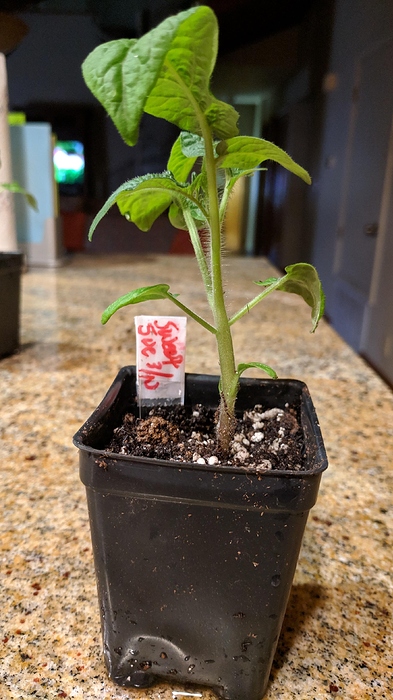 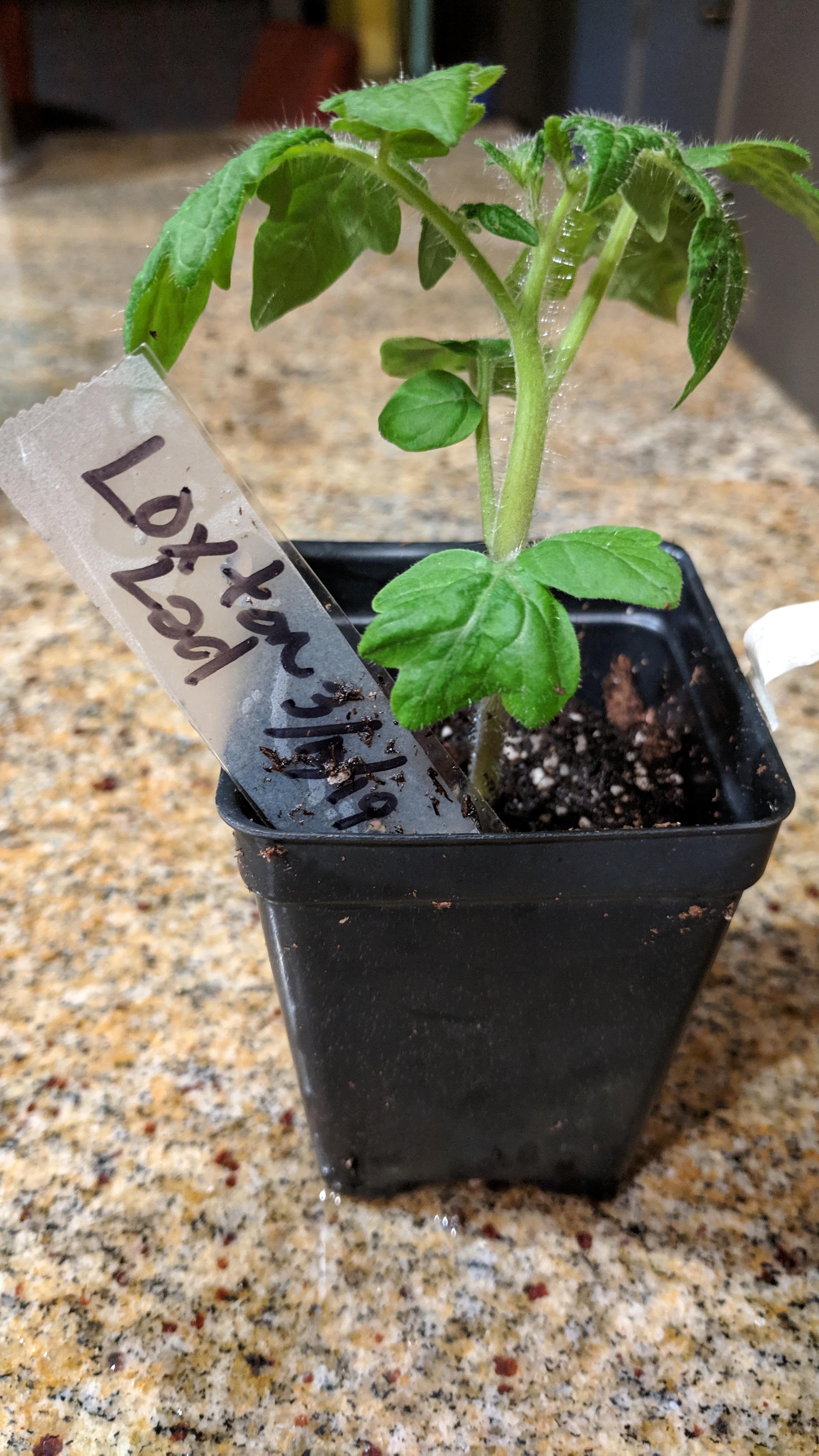 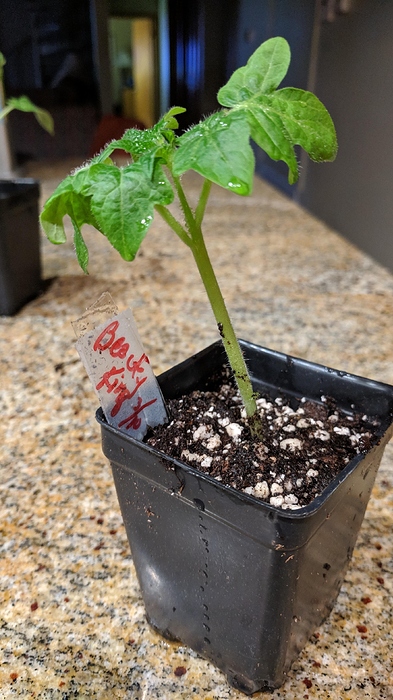 I feel like a proud momma. sniff After 1.5 months or so of waiting and watering, I finally got these shishito pepper seeds to sprout. They are still tiny and need to grow bigger and stronger before I’ll attempt to put them outside. Guess finally getting sunshine really made all the difference.

According to the local weatherman – we had about 47 days where we had measurable amounts of rain out of the last 55 days (this was as of end of May).

I will never again feel sheepish about sharing grand-kids’ pics.

You shouldn’t! Its accepted! I have almost NO pictures of my kids, but oodles of my tomatoes and peppers, and their day to day progress. 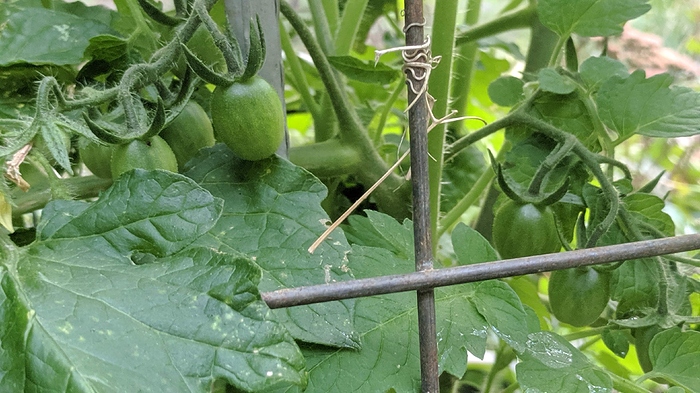 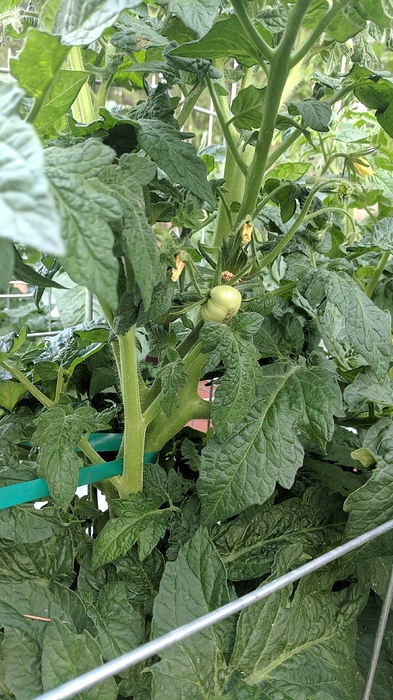 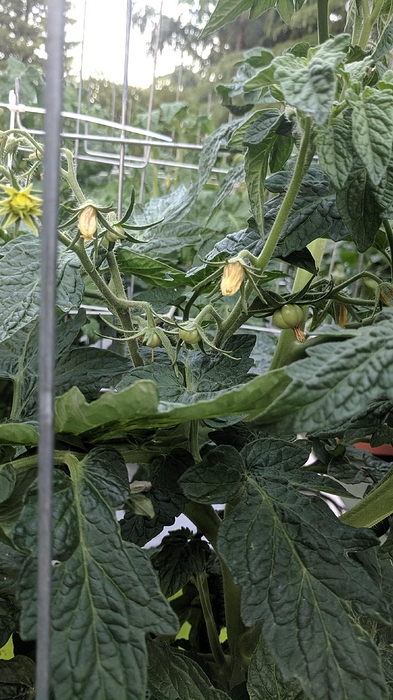