Two weekends ago, we took Spring Onion to Santa’s Village for his birthday. You can’t grow up in New England and not go, so I had to remedy that. And B had never been to this part of NH! Crazy! We left on Friday, right after school and reached Concord, in time for an early dinner. B chose The Barley House, a straight-forward pub. He and SO loved their burger and hot dog, respectively. My roasted veggie quesadilla was better than expected. 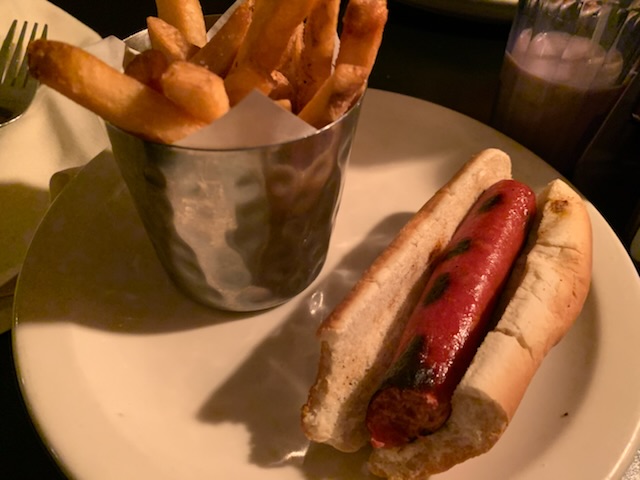 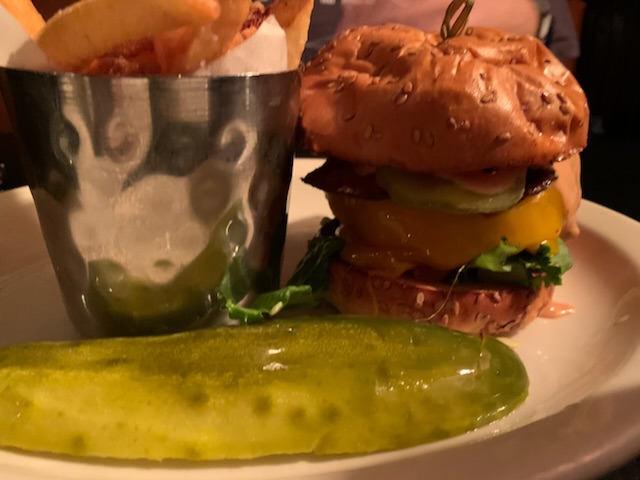 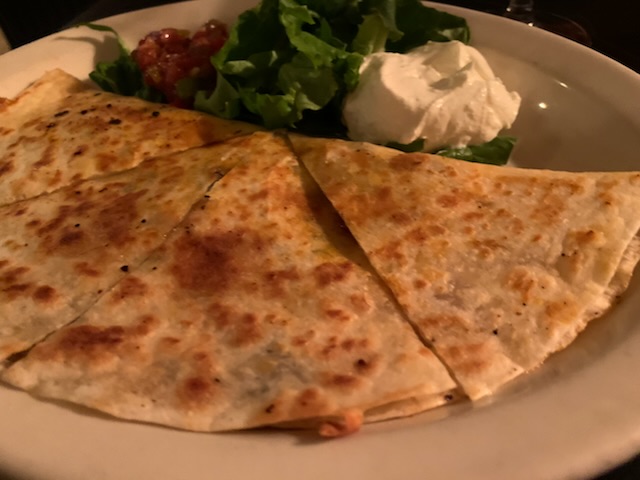 Our cute cottage in Lincoln NH had everything we needed. I hadn’t planned on cooking, except for preparing breakfast, but I could’ve. The kitchen appliances were a hoot! They were as old as the hills and built in an era when things were made to last. 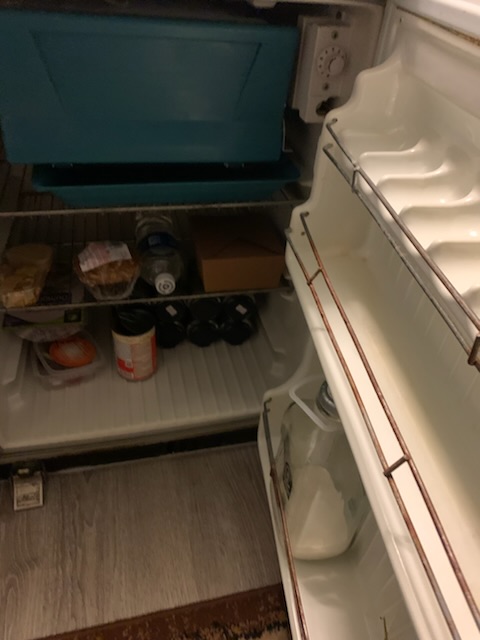 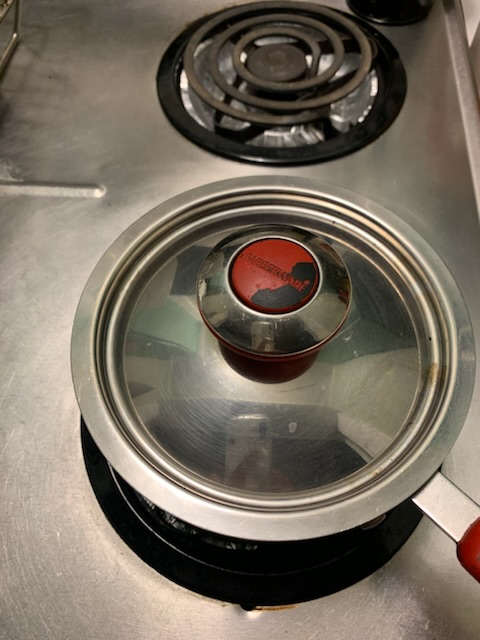 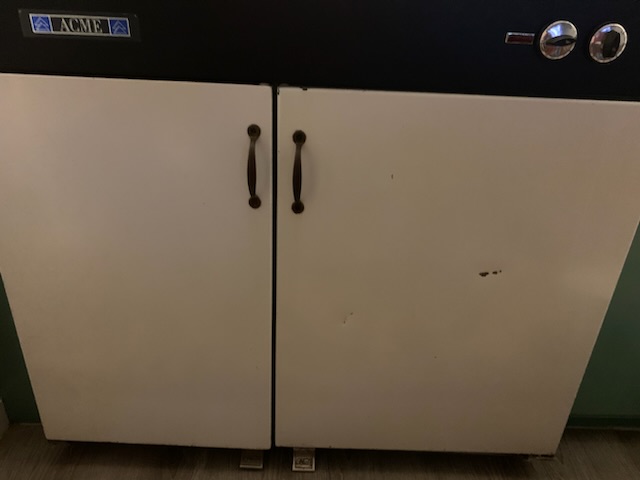 Saturday. We spent a rare gloriously sunny day taking the Mt. Washington Cog railway only up to Waumbek station. Too short of a trip but it was chill and enjoyable and SO loved roasting marshmallows and his hot dog at the station. Only days later did we find out the terrible news that one of the Cog’s engineers had fallen down the mountains that he so loved at the same time our train was heading up. I don’t do the Facebook, but this page is available to all and is quite wonderful.

After the train trip, we checked out Mt. Washington Bretton Woods resort. Quite festive, all decked out for the holiday. The basement speakeasy “The Cave,” looked fun (closed until evening and strictly 21+). SO told us he would stay at the resort, especially when he found out that there is a kids club. The guys played chess in the beautiful lobby. 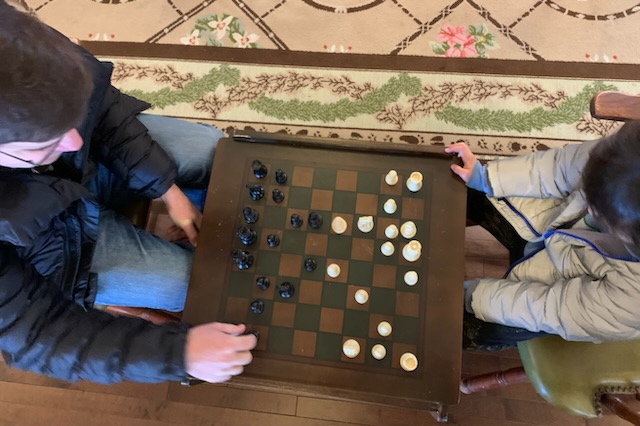 We needed lunch. B found a place in nearby Bethlehem, Rek-Lis Brewing. It was surprisingly much more slick than we expected. The guys had excellent food (salmon sandwich, a side of salmon for SO, a good pretzel), my falafel plate, not so much. Appealing concept, fell short on the execution. But I’d go again in a heartbeat. We spent another hour upstairs with the pool table and shuffleboard all to ourselves, except when a friendly local and his son joined us. He told us that the owners are quite active in the community and just all-around wonderful people. We checked out the “Pint House” out back which was a stunningly Scandi-cool space for beer and light bites. B brought home their hilariously-named “Pretentious Hopper,” for those of you beer geeks. 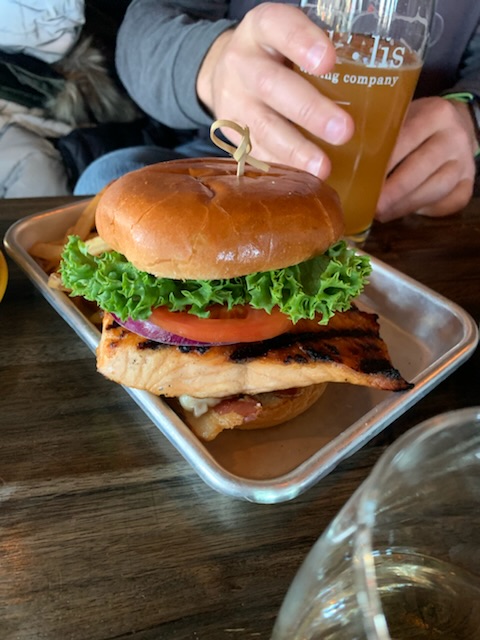 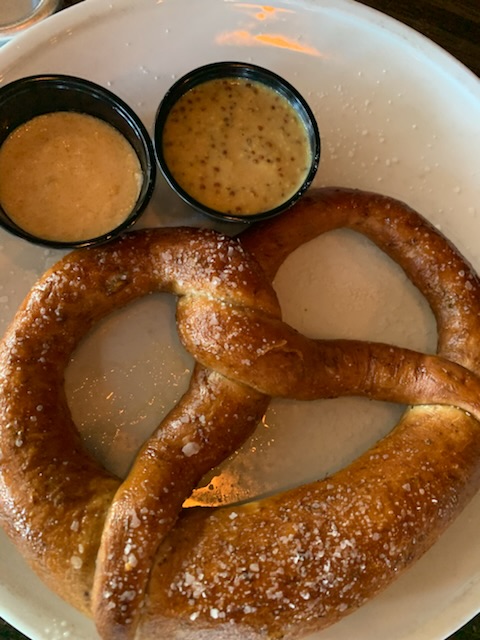 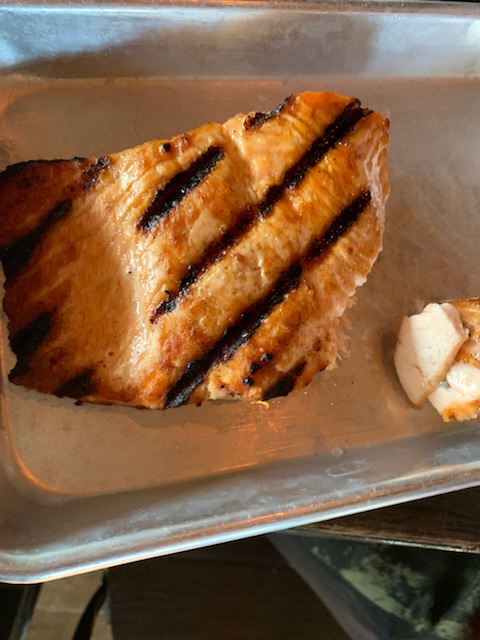 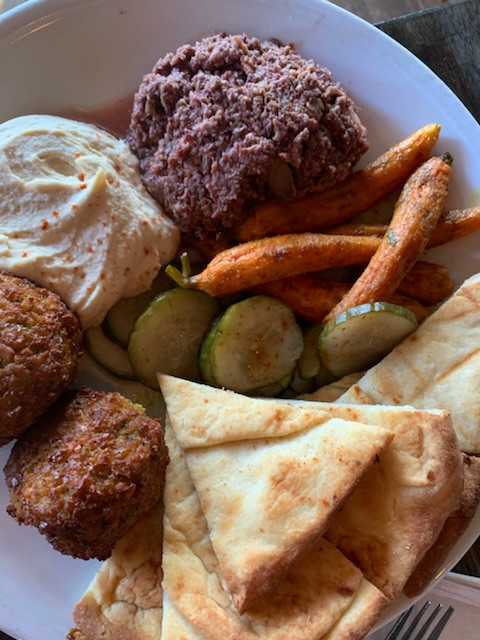 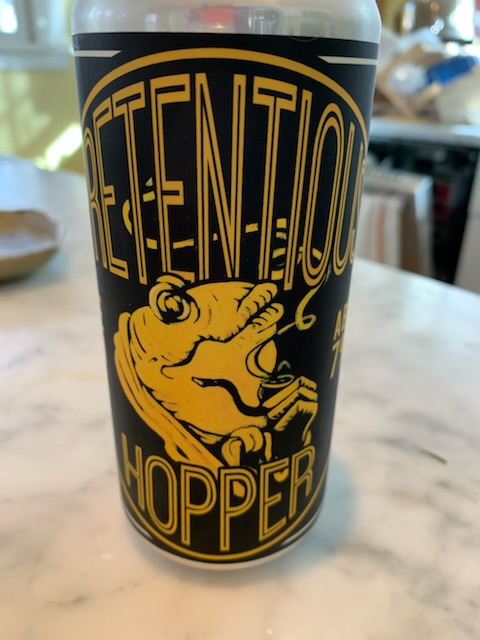 We had snacks back at our cottage and watched Jumanji from the DVD library.

Sunday. Santa’s Village! A very cold gray day but it had sold out on Saturday. SO had a blast! Although the rides were a little too kiddie for him. He held off on eating inside the park (this was no Billund Legoland, food-wise, for those of you who followed my Denmark report). We decided to grab lunch in North Woodstock, which has a pleasant Main Street and especially when a light snow started. We decided on Pemi Public House. It was much more casual than we expected and the portions were on the small side. Pot pie, fried chicken sandwich, and chicken tenders. Friendly service, same as all the other places we visited. 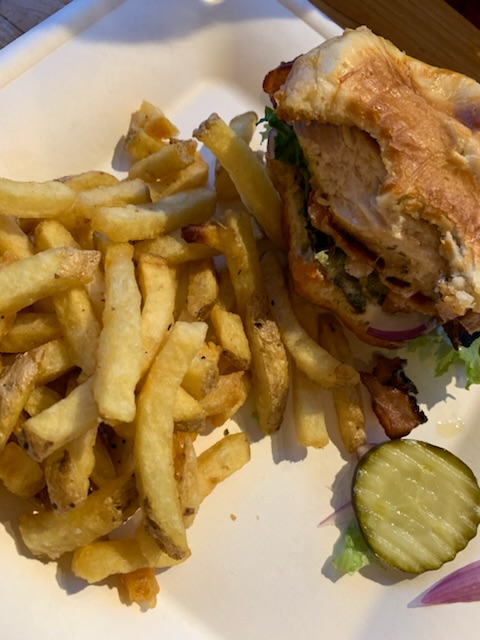 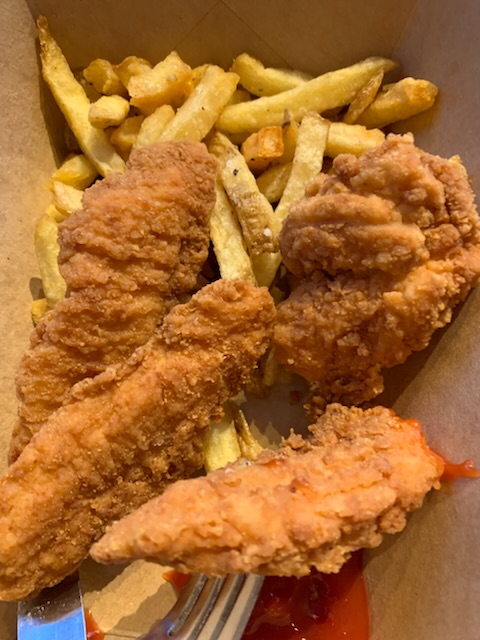 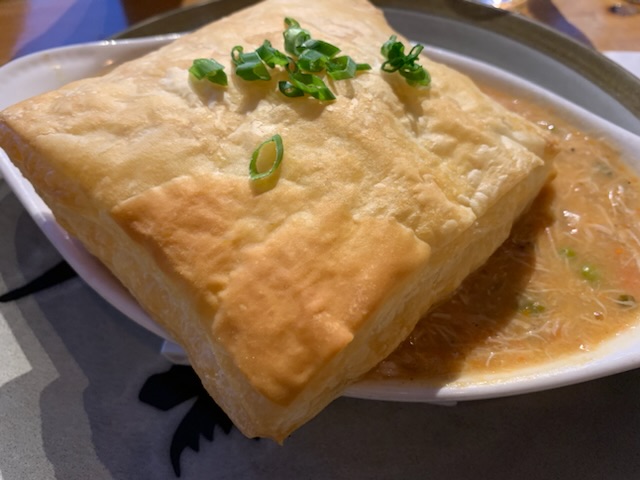 Next up for us is Westchester on Friday for the holidays and then a few days in the big city! This is our first time in NYC since our niece’s opulent wedding in 2019, so we were held captive to all the wedding festivities. We’ll be staying right near Lincoln Center - not so good for food, but good for museums. Oh, and SO wants to visit the Statue of Liberty so we will go from one end of Manhattan to the other!

Sounds like a great trip. Can’t wait to hear more!

Great weekend jaunt! A friend used to have a shop near The Barley House, so I have eaten there many times, always reliably tasty.

Thanks for the report, we use to camp in that area, lots of fun things to do.

Sounds like a great weekend! And a trip to NYC is always exciting, especially as you near New Year’s Eve. I have good memories of the Rockefeller Center skating rink (watching, NOT skating myself!), and the Statue of Liberty from many many years ago. Have fun!

Feeding the reindeer at Santa’s Village is fun!

Happy holiday trip! We often found ourselves in NYC during winter holidays when our various relatives were younger. SO should really enjoy the sights, and I hope his parents have great fun too.

Seeing those reindeer made me and B feel like kids.

I hadn’t been to Santa’s Village since I was a spring onion myself. Mom and dad were clueless immigrants, but somehow, they got us around

Happy holiday trip! We often found ourselves in NYC during winter holidays when our various relatives were younger. SO should really enjoy the sights, and I hope his parents have great fun too.

I used to visit NYC several times a year when my brother lived in the city as a bachelor and I hung out with him and his guys and then after he got married and “settled down.” Good times, some of them fuzzy.