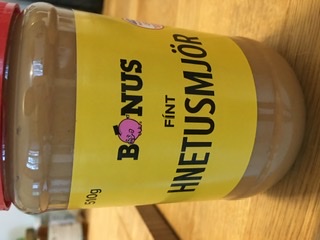 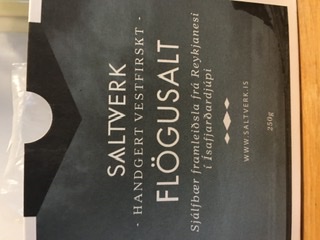 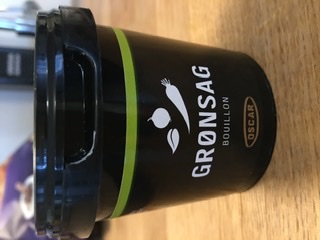 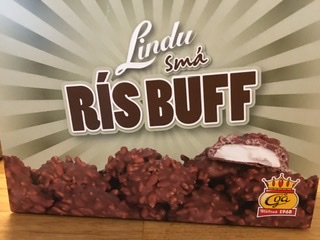 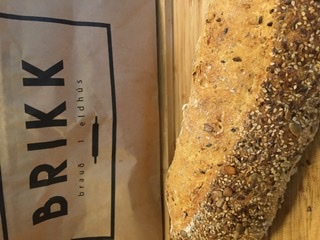 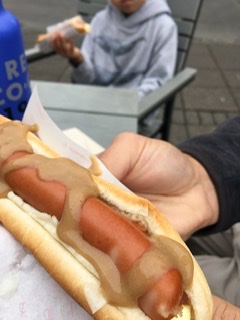 Finally reporting on the first half of our trip. We decided not to move around as much as we usually do, especially because I have to work a good deal on this trip. The first set of photos was from our first day just outside Reykjavik, not too far from Keflavik Airport. Our first proper meal after we woke up from a post-red eye nap was from the local Hot Dog stand. The guys both had hot dogs while I ordered hit-the-spot fish and chips which B and I shared. The multigrain sourdough bread we got at Brikk (at the Hafnarfjörður location; pictured above) was probably our favorite bread we’ve had in Iceland (at least it’s the closest to what we’re used to at home, with a dense crumb but still not as sour as we prefer). Delicious toasted with salted butter.

We then headed to Akureyri, where we stayed for 6 days in a nice house in-town with a kick-butt kitchen. Unique stove designed to look like a big Viking-ish gas stove but actually induction. The owners are self-professed food people and had everything from fish sauce to hot sauce and fancy vinegars, etc. We took full advantage of the luxurious kitchen and fresh fish from the Fisk Kompani and had most of our non-photogenic, though delicious, meals at home.

We took a day excursion out to Hrisey Island for the first time and enjoyed hiking the beautiful island. Spring Onion was delighted to find wild blueberries growing rampantly along the trails and ate as many as he could. A delicious lunch of fish and chips (I know, again!) at Verbudin 66 followed. Batter was very light and crispy. Strangely, though, the chips were just meh. Very friendly and warm service. SO was happy with his chicken nuggets but was more focused on his hot cocoa.

We had one great show put on by Mother Nature as she battered the US with bad weather. The weather was unseasonably warm here; in fact, the highest temperature in 13 years (29.3C/84.7F) was reached one day while we were in Northern Iceland. I’m no climatologist, but things are definitely not normal. 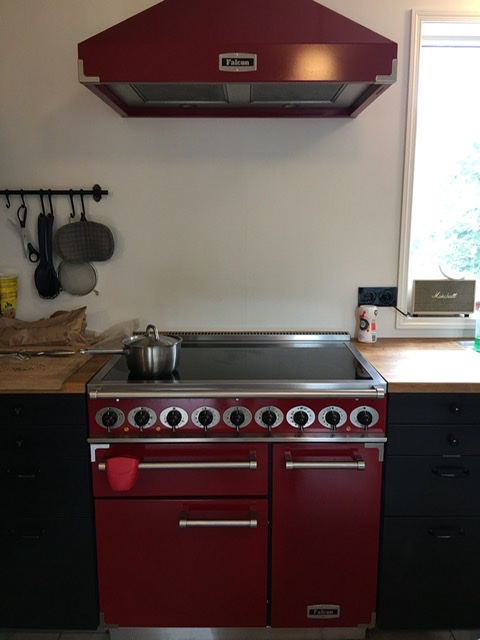 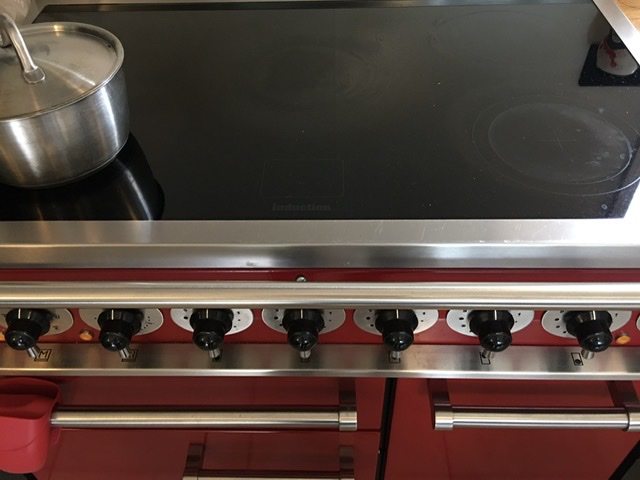 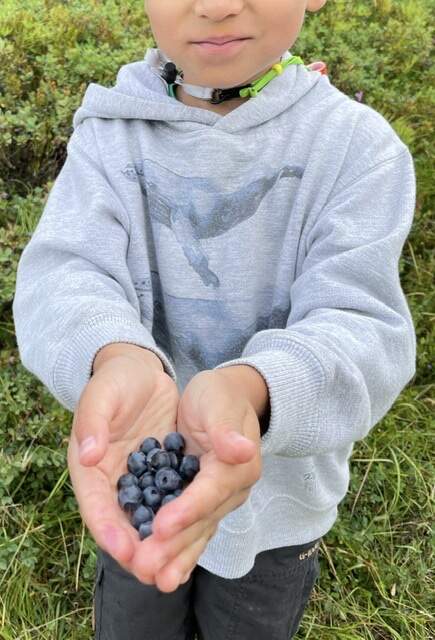 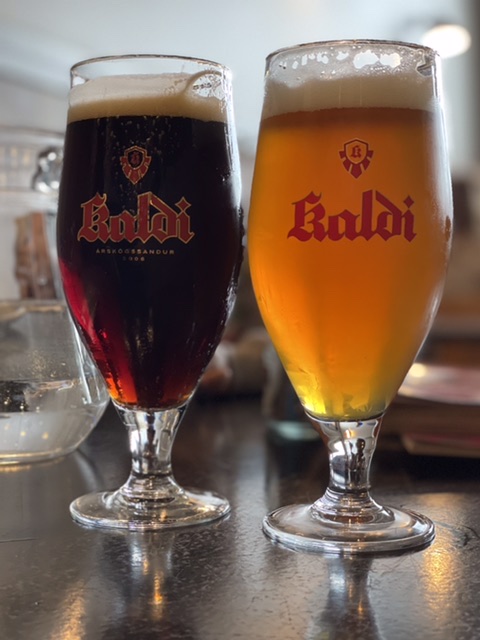 Love your Iceland trip reports - thanks!

By the way, that weird blue light shooting up into the sky is not a photographic artifact. We were inadvertently in Akureyri for the town’s annual birthday festival and that was a laser light being shot up into the sky as part of the celebration. A happy accident!

that weird blue light shooting up into the sky

I did wonder about that. How fun to be in on their festival! And how awesome of Mother Nature to provide such splendor as a festival backdrop.

And reporting on the second half of our trip.

After Akureyri, we headed south. We made one stop at our favorite pizza joint, Ölverk for a delicious white pizza with chili peppers and a cheese pizza for SO. Pitcher of pale ale went down way too easily. 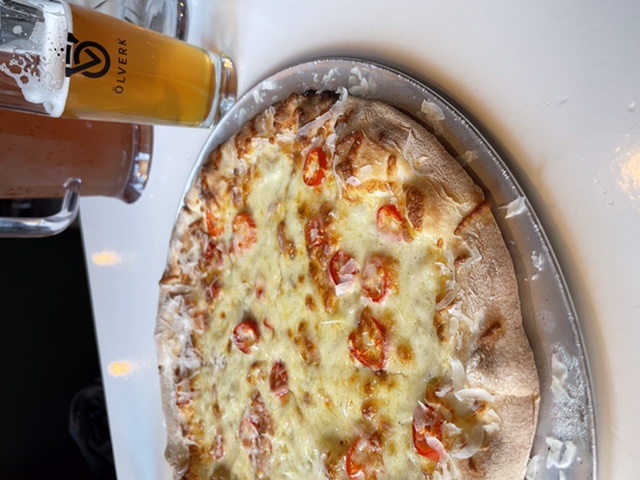 The next day, we made a stop at one of SO’s favorite museums, The Lava Centre, followed by lunch at an old favorite of ours, Eldsto Cafe for the soup buffet for me (carrot soup and a surprisingly good beet soup/borscht - I usually detest beets) and a decadent and delicious plokkfiskur (homey fish stew) for B. Of course, a gas station hot dog for SO (only the best for him!). The cure little beach cottage we stayed at for 1 night had an interesting combo hot plate/convection oven. 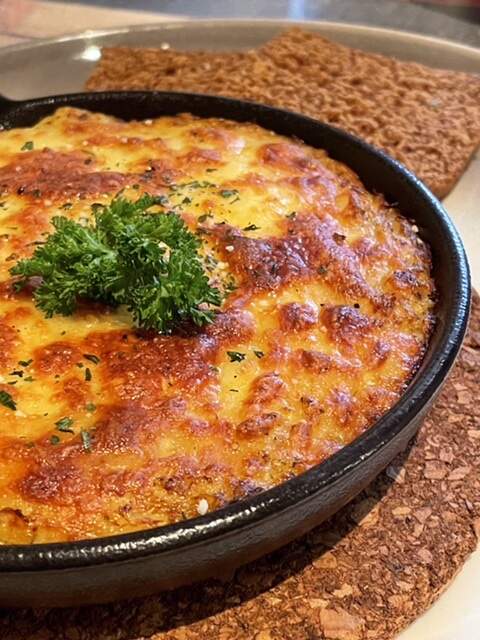 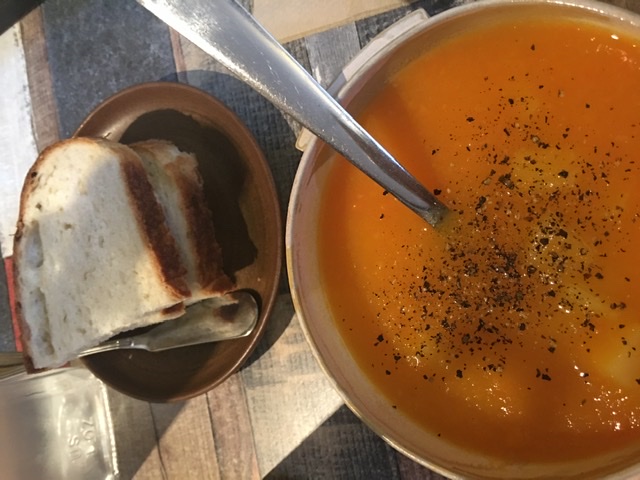 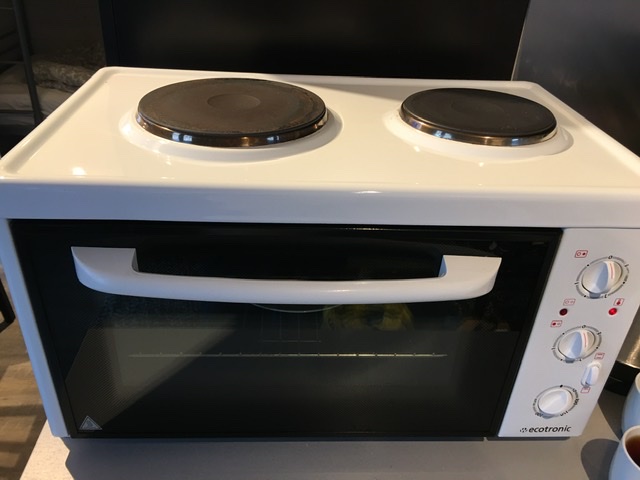 Then onward to the ferry back to Vestmannaeyja, which we enjoyed back in June/July. We were sad to find that (1) the awesome pizza joint, Pítsugerðin, had just closed down for the winter the weekend before we arrived, and (2) Brothers Brewery wouldn’t be open until Thursday (we arrived on a Monday). Plus our kitchen was rather bleak. But we made do with some fresh fish purchased on the mainland (the haddock soup I made was particularly good, accompanied by excellent sourdough bread from Vigtin Bakhus. We finally made it to Brothers on Thursday and had a great time with tasty beers and Icelandic Monopoly, same as last time. If nothing, we are creatures of habit! Dinner was forgettable take-out veggie pizza recommended by the bartender as a stand-in for Pítsugerðin. I topped it with leftover sautéed mushrooms, fresh chopped cherry tomato and blobs of mashed potatoes at home, greatly improving it.

Back to the mainland on Friday and making our way to Reykjavik. Stopped midway in Selfoss at the hopping hot dog stand (is anyone who has tolerated all my reports getting the feeling that Icelandic hot dog stands is where EVERYONE goes?). I got the delicious veggie pita (very similar to the one I had in June at a different stand but better constructed and way less messy). B splurged with a deep-fried Doritos dog - he told me if he died unexpectedly, this would be the cause. We ate in the car as all the Icelanders do, including a rather elegant-looking couple of a certain age in their Mercedes next to our sad rental car. We stayed out in a new-to-us area just outside Reykjavik, the Alftanes peninsula. It’s a ritzy area with 1 restaurant, Alftanes Kaffi. It’s cozy and charming (we didn’t feel uncomfortable about eating indoors here, though). An really good pesto pizza and a Margherita one for SO and a delicious Chilean organic Chardonnay that was steel-dry without a whiff of oak. I need to find this wine here in Massachusetts. The owner came out to chat with us - he has a fascinating life story, and as is the Icelandic way, quite a story-teller. SO scarfed down his chocolate cake without offering any to dad and we took home some good multiseed sourdough for breakfast. After spending our last day in Reykjavik, we decided to go back for our last meal in Iceland. The langoustine pizza was a flavor bomb. Another Margherita for SO.

We definitely over-dosed on pizza this trip but we had to get SO something besides hot dogs that we could all share. He was as picky as ever. Threatening “no dinner for you” does not work on him. He laughs at us instead. An early morning for a 10 am flight home yesterday and we are home, COVID-negative, which was easy for us to avoid as most of the country’s cases are, unsurprisingly, in Reykjavik. Bye to Iceland…for now! And hello to 4 am wakings for at least a week or so, which is good because 1st grade starts on Thursday. 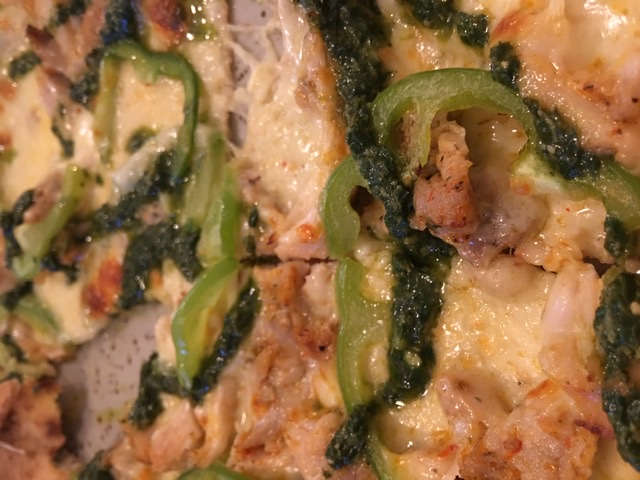 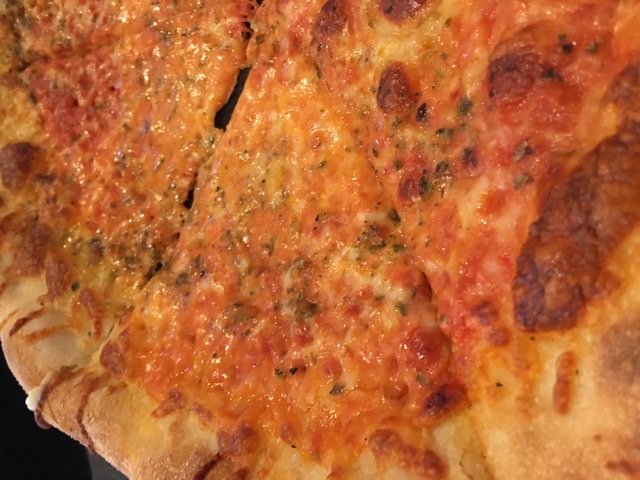 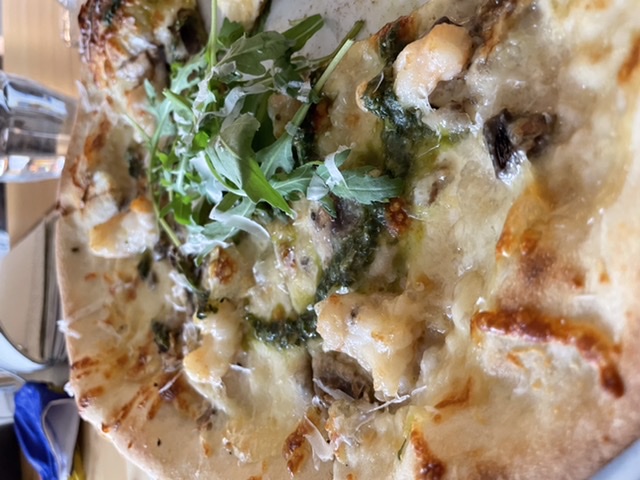 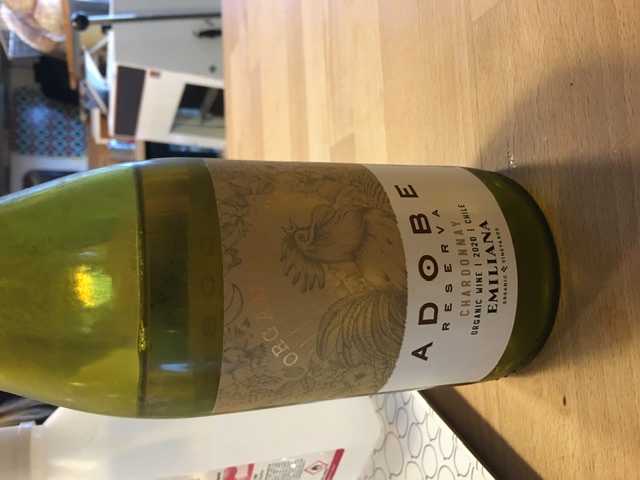 B splurged with a deep-fried Doritos dog - he told me if he died unexpectedly, this would be the cause.

Great trip report, as usual. Yet the single thing I’m most drawn to is this sentence you wrote, LOL. Glad the Doritos dog was consumed apparently without incident!

As always, loved reading your report!! All the pizzas and hotdogs remind me of a long-ago road trip from Saskatoon, Saskatchewan (family reunion) to SoCal with aunt, uncle and two young cousins, on a tight budget for both time and money. We saw everything there was to see (very briefly; I think the Grand Canyon got 45 minutes) and it was all fast food all the time for both time and money reasons. When we got to their SoCal house all anyone wanted for days was salad and fruit. And 25 years later we all remember it as one of the Best Trips Ever. I bet this trip will be the same.