Pearl is very good and pretty close. I’ve only been for dinner but I see they serve their chicory caesar salad at lunch as well which is excellent. 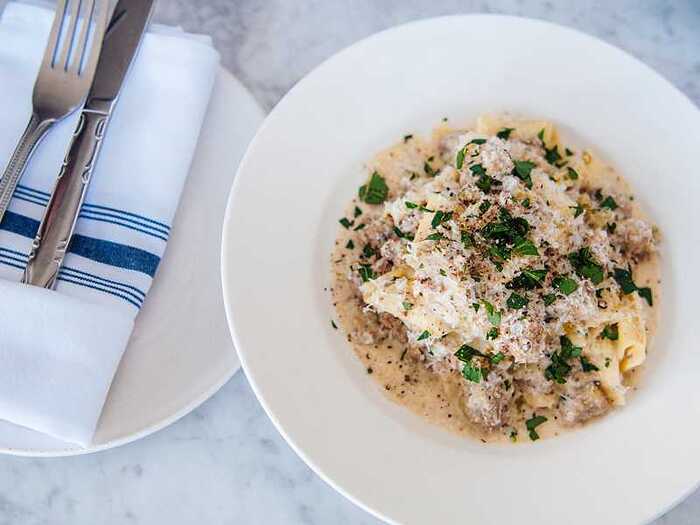 Pagan (@souperman’s Burmese recommendation) not open for lunch on Tue, Wed, and Thu.

Oops, forgot about that. Also Monday (closed all day).

Get reservations, if possible, at Aina

If you like baklava, grab some at Reems on the way home

*Is there anything really noteworthy nearish the Legion of Honour for lunch these days? Would it be silly to try to work in a lunch visit to Mandalay with LOH?

It may not be really noteworthy, but the Shanghainese food at Jiangnan Cuisine was certainly enjoyable:

I thought we had discussed this new restaurant (it opened in Mid-may while I was still in Shanghai) in another thread but couldn’t find it. From the pictures and menus on Yelp I guessed that Jiangnan Cuisine might be related to Taste of Jiangnan on Clement. My suspicions were confirmed when my wife and her daughter went there recently and checked it out. Taste of Jiangnan on Clement was founded by two women, one from Beijing, the other from Wuxi. Apparently some differences arose between th…

Didn’t think of that one. Haven’t been there, but the chef is the same one that was at Taste of Jiangnan, which I visited several times. Jiangnan Cuisine certainly should be noteworthy, according to no less an authority than my wife, who also cooks Wuxi-style Shanghainese. The chef hails from the same village outside Wuxi as her father, and is the only person she admits cooks the same dishes she does better than she does.

Thanks, Gary. As it happens, Pagan was the site of my very first chowdown years ago, organized in my honour by the inimitable Melanie Wong.

I had friends just back from SF who were very disappointed with the food at Mister Jiu’s. I was surprised.

Just found out we’re not doing La Folie on Friday night after all so scrambling to get a reso at Aina as a backup plan, though I’m not loving their reservation system. Any other ideas for a Friday night for two, fairly late notice, gratefully received!

Also thinking this might be where we fit in some more sit-downy Mexican, which we are starved for here. We’ve loved Poc Chuc in the past (I’m kind of obsessed with their salpicon) but also heard good things about San Jalisco, though the comments about massive dishes are giving me pause. Also considering Gallardo’s but am a little scared by the amount of cheese they seem to use. Would love to do something regional (Oaxaca, Puebla, ??) so may go back to La Torta Gorda which we enjoyed years ago.

Besharam seems to get some love but wow, the prices! Is it worth a visit?

This could be our chance for a visit to the reanimated Burmese Kitchen (it was still in the Tenderloin when we last went.

Sounds like you are feeling Burmese- If all else fails, and if you are very courageous, you can give this hole in the wall Burmese in Pacifica a try. I don’t think any of us has tried it yet.

Cool! I love places like that, where you really have to know what to order. There’s a Burmese place here at home, where if you order anything but the Burmese dishes, eek! I think that Pacifica might be a little far for us on transit. We did absolutely love Little Yangon and were hoping to go back but I see it’s closed. Mandalay has always done really well for us but again the menu is fraught with non-Burmese dishes that are pretty meh. Burmese Kitchen was always our go-to, partly because of Denis, but also because they were great at anything deep fried, and their laphet thoke was the best I’ve had since Bo Laksa King closed in Vancouver.

Just going over my 33 page list of SFBA restaurants and came across Starbelly as a potential happy hour target. Burger, fries and HH cocktail $20. Bauer recommended this place for the fries way back in 2010. Wonder if it’s still worthy?

Little Yangon has been replaced with another Burmese restaurant, Mahar Yangon. I haven’t been, but FWIW it has a 4.5 star rating on Yelp (76 reviews).

Don’t go to La Capra for coffee, at least not the one at 3rd/Harrison. Equator or the Sightglass in the SFMOMA lobby are better options. Even the CafeX coffee robot in the Metreon is better. (If you’re talking about the one at 1st/Mission, I don’t get by there often so it’s possible they’re better, but I’d still go to Equator or Red Door, which has okay coffee but is in a nice gallery space, albeit packed with annoying tech people on weekdays). Coffee Bar should also be near you and probably is fine based on their other location.

Creator is a fine burger for the price but not exactly something I’d go out of my way for, unless you really want to see the wacky machine.

I like Uma Casa. They’ve also got a piri piri chicken place in the Mission that I’m not impressed with. The Saratoga had much better food than I expected, and some pretty good drinks.

I was thinking of the La Capra at 50 Fremont, maybe on the way to the FPFM on Saturday. Didn’t know there was a Sightglass at SFMOMA, thanks for that! The SO is a bit of a coffee geek so we’re interested in quality over aesthetic. Haven’t been blown away by the SF coffee scene in the past but it has a soft spot in my heart as it is the first place I had “third wave” coffee. Coffee Bar has been okay in the past but the FiDi one doesn’t have seating IIRC.

SO is also an engineer so the fun would be more in the machine at Creator for sure. Might share a burger for fun, and since we will have just shared a corned beef sando at Sentinel. I’m finding the prices just outrageous this time. $17 for a tuna salad sandwich at the Deli Board?? That’s $CAD22. And I don’t think it comes with a side.

A biased thumbs up for Equator. They were the first California roaster with B Corporation certification, they make coffee that tastes like coffee, and if they’re good enough for Thomas Keller, Tracy Des Jardin, Mashi Morimoto and Corey Lee, they are good enough for me.

La Capra is closed on Saturdays.

Your SO might enjoy the factlet that Rube Goldberg’s first day job was as an engineer for the San Francisco Water and Sewers Departmen. I kid you not. 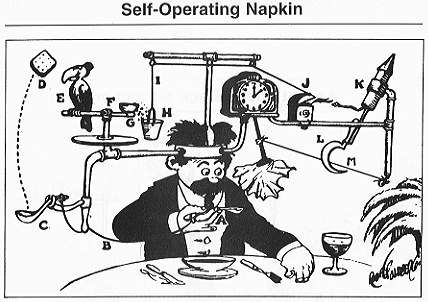 Wow, I haven’t heard anyone mention Naked Lunch in a long time! I’d love an update as I remember them being very good.

Gallardos is the place to go for birria. I haven’t explored their menu beyond that.

If the menu at El Buen Comer appeals, I think they are quite good for sit down Mexican, and the higher price is justified by ingredient quality

La Torta Gorda had chiles en nogadas a few weeks ago, probably still does (I’d call ahead), which paired with a small Torta Rajas con queso was a great meal.

For a lunchtime mission crawl, or a snack, if you are not limited to sit down Mexican, my recommendations would be:

IIRC, El Huarache Azteca has some items with blue corn masa, which isn’t too common, at least not on the more inexpensive places (Nopalito, a block from Taichi jianbing has a blue corn quesadilla that’s very good).

I think Mercado de Brazil just heats up the frozen brand they carry. The Saltroot ones sound good!

Whoa, nice catch on La Capra being closed on Saturdays, totally missed that. It’s now off the list entirely thanks to you and Splonk. I was interested in trying Neighbor baked goods there, and they also carry my beloved Starter, but I will seek out those treats elsewhere! What a hoot about Goldberg.