This class of dessert could use it’s own thread.

I tried a restaurant version of this Hungarian trifle last night. https://www.epicurious.com/recipes/food/views/somloi-galuska

I’m keen to make a Panettone trifle this year. This recipe is from a Montréal chef. 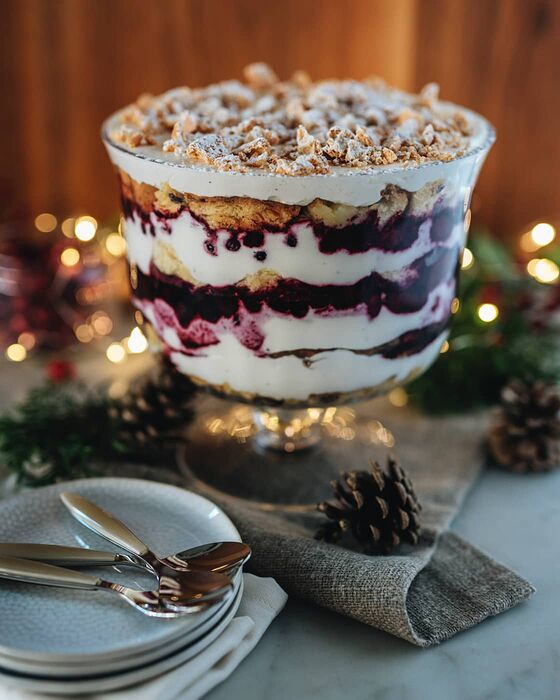 Assemble frozen or fresh fruit, panettone, an egg and mascarpone cream and you will have the most festive dessert ever!

I love the idea of a panettone trifle, but am not sure what adding beaten eggs to the cream and leaving that raw, does for the dish? Is the idea that it stabilizes the cream?

Trifle is a given in this house at Christmas. And we follow how Mum used to make hers. So…

A layer of trifle sponges in the bottom of the dish (occasionally we’ve used a normal sponge cake). That gets liberally soaked with sweet sherry. Then a layer of tinned peaches. That’s topped with jelly - choice of flavour doesnt matter, so long as it’s red. Then a thick layer of custard - now that’s custard made using Birds Custard Powder, like most Britons use for custard. Creme Anglaise? Hah! And finally a layer of whipped double cream. It needs a topping - maybe more of the peaches and a scattering of “hundreds and thousands”, or flaked almonds

This isnt a refined dessert. No doubt, Mum started doing it that way during the post WW2 food rationing years . But it tastes bloody lovely.

To be honest, I didn’t read the method. I mostly look at ingredients

. I would make custard, and layer that with panettone.

I think Chef Stefano Faita left out the part where the eggs gets cooked over a double boiler like one would for zabaglione.

I have a new canister of Bird’s Custard powder, I’m using that instead of making custard from scratch!

This is the same recipe I’ve been making for years minus the gummies. Some of those small colorful edible flowers I saw RR use the other day would be pretty scattered on top. 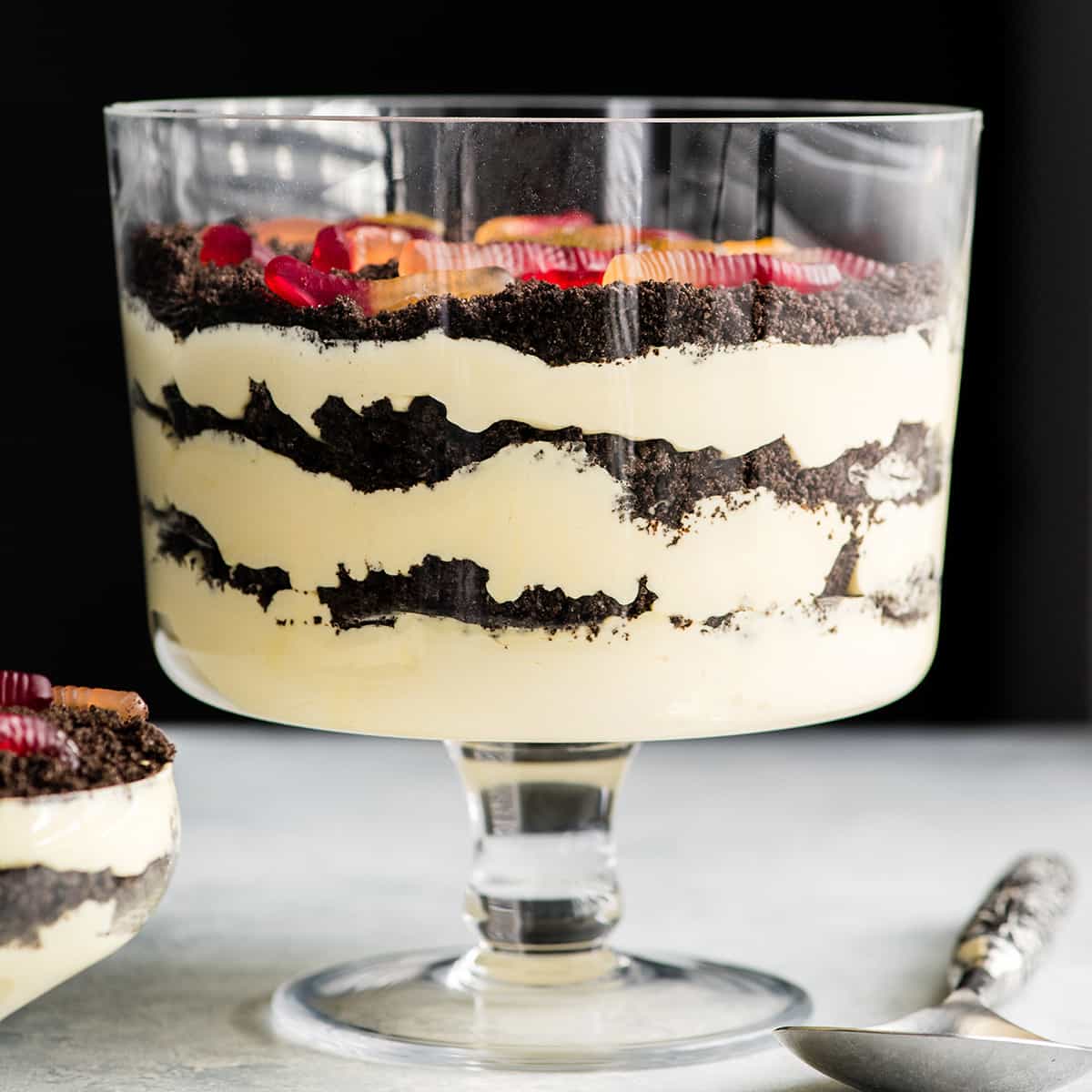 This Easy Dirt Cake Recipe (Oreo Dirt Pudding) is one of our favorite no-bake desserts! A kid-friendly, make-ahead dessert recipe perfect for any potluck or BBQ!

Who doesn’t like sex in a pan (or elsewhere)? And I love a trifle with a large dose of sherry. Still, all these desserts seem to scream out for one thing…

The Fenton’s Special is a kind of parfait… 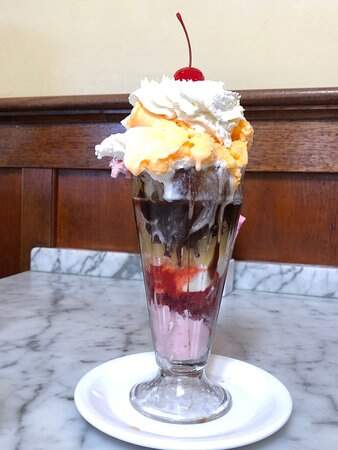 Renowned for generations as guaranteed to fill even a
growing boy! Made in a tall glass with alternating
layers of pineapple, strawberry, chocolate fudge and
caramel sauces with Vanilla, Strawberry, Chocolate &
Toasted Almond ice cream. Crowned with your
choice of sherbet slices, almonds, whipped cream
and cherry. Wow!

That reminds me of the in/famous Gadbad icecream of Mangalore (in Southwest India, on the Konkan coast): 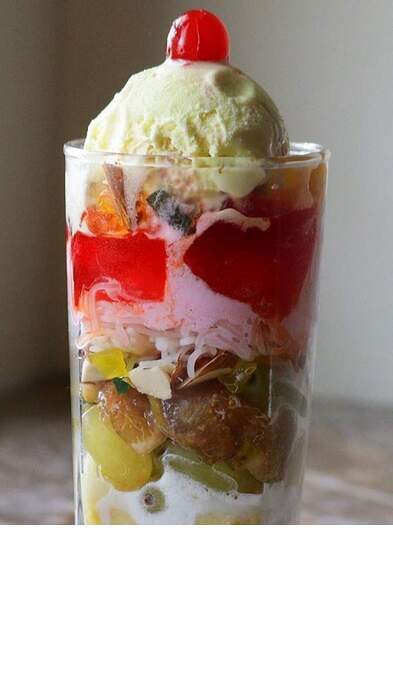 How to make Mangalorean Gadbad Ice Cream at home

Gadbad Ice Cream is a popular Mangalorean dessert that is a delight for all ice cream lovers out there. Here is how you can make this wholesome dessert at home.

That looks delicious. Love ice cream and fruit together. And trying new exotic desserts. That qualifies!

There’s a Filipino dessert called Halo Halo which I’ve seen around you may like too maybe you already know this one.

Some of the Hawaiian shave ice concoctions seem to veer in this direction too.