Has anyone else heard the rumors? That Trader Joe in interested in the new store being built at the Loew’s site? And I did see this mentioned on CH but I also passed the other day and was wondering. BTW - the gas was really cheap at BJ, but no decent paper towels!! 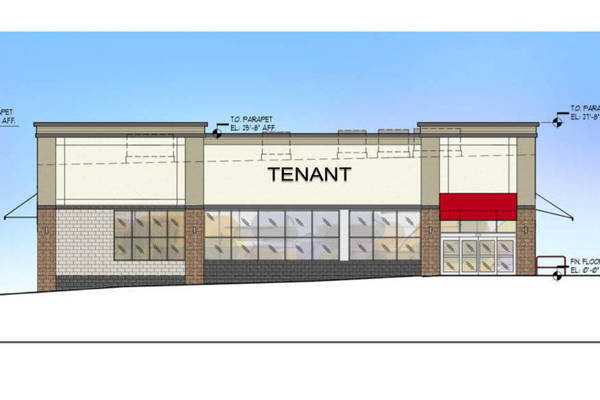 YORKTOWN, N.Y. – The identity of an unnamed “specialty grocer” proposed for Crompond Road has not yet been revealed, but information obtained by Yorktown News paints a clearer picture of the...

Yes, it seems like it has a real likelihood of happening. I had heard about the “specialty grocer” wanting to go into that space a year ago but at the tie I was convinced it was Aldi (which also would not be bad). But apparently Aldi needs a larger space than that and 12,500 square feet would fit a typical TJ’s store. I really did not expect the to come here, I had heard that Bedford Hills (where SR will vacate if/when they get permission to build a new store in MK).

I had a couple of discussions with a manager and employee (who said he used to be a manager) at the Danbury store, and they had both heard it but said don’t believe it until it gets approved (and to contact the town to voice my approval). The manager actually told me that they have been trying to get approval for stores in this area and even further north in the Wappingers area but have not gotten it. He claimed there was something on Route 9 that they did not get approved for. I told him that I would be shocked if the Yorktown space did not get town approval given that the current administration is big of encouraging development. I do think that the parking there is going to be tight because it’s a larger building than was originally planned for that space.

Gas is cheap at BJ’s but not as cheap as it should be or would be if Costco had opened. Costco in New Rochelle is 10c a gallon cheaper than BJ’s here.

I really wish Costco had opened instead of Lowe’s. I don’t have that much need for Lowe’s at all. They also have a new building near down the street from Chase near Uncle G’s. To me it looks like it was built for a bank but its for lease now.

I also would have preferred a Costco, but the saving grace is that we would not have gotten Trader Joe’s in that case, at least not in that location.

The building you are referring to in Yorktown (at the corner) used to be a bank and legal office that closed, so they just renovated it. I saw it yesterday and it looks pretty nice.

Bigger (and crazier) news in that area is that someone wants to build a boutique hotel diagonally across from that spot with a rooftop restaurant. In Yorktown.

What rooftop restaurant? I’m not a big Trader Joe’s person, but I do love their potato latkes.

The Yorktown Planning Board has approved the building. The Town Board has to approve, but I don’t see them rejecting it. The developer is already doing work on the site, I believe for the new retaining wall that is needed because the building is larger than what was originally planned for that space.

BTW Popeyes is going to be opening shortly in the BJ’s shopping center just down 202, for anyone who cares.

BTW Popeyes is going to be opening shortly

I care. I want to see what the fuss is about!!!

That is not the building. There is another pad to the left where TJ’s will be built. The building with Starbucks will also have a AAA office (first one north of Eastchester) and a pizza place, and it’s smaller than the TJ’s building.

There is also a pad to the right of the Starbucks building for another one or two retailers including a possible drive through, but it’s much smaller. Nothing has been announced for that yet.

As for “another Starbucks”, the one in Cortlandt in Route 6 does great business, as does the one in downtown Yorktown, and this one will also have a drive-thru (as does Cortlandt, Yorktown does not). Plus it’s right off the Taconic, so I can see people stopping off on the way to work, once people start going to the office again.

Thanks for the clarification!