I have never tried this place. Has anyone been here? The menu is ridiculous! 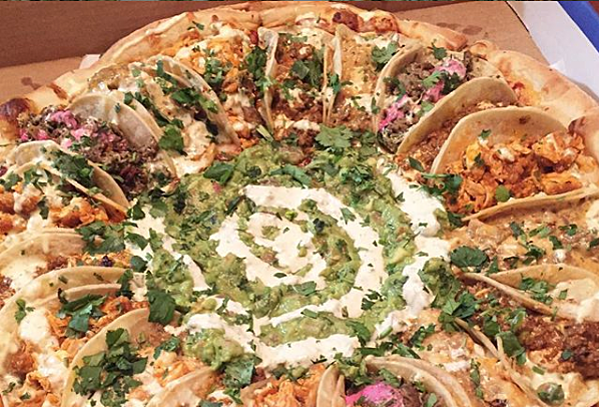 The Legendary Tony Boloney's is Opening in Monmouth County

Maybe you've experienced their pizza, subs and bad a** grub in Hoboken or Atlantic City, or you've seen them featured on The Food Network or the Travel Channel. Tony Boloney's is in a word, unique, and for all the right reasons.

Of all the possible locations here they had to pick the worst one.

Did you see their wing selection? Impressive

Am I reading that right? The Nashville hot chicken pizza is 90 bucks?

You can always get a single slice for $10

I have zero interest in his menu.
Sounds perfect for Pier Village

Well that was a fun read!

I don’t get what they’re trying to achieve there. It’s not some college town burger joint. It’s so gimmicky it turns me off before I even try the place.

I’m not saying this place will be great but let’s looK at stats, “gimmicky” or not.

Most restaurants die far before a year around here. Over under is 1 year.

I’ll give you 2:1 odds this place lasts more than a year

Anyone care to bet? Lol.

This won’t be some lame Italian joint. If people like guy and action Bronson are eating here, I predict it will be a success. Again, I’m not saying this will be the best food around, but it should be profitable, even with the long branch beach front tax.

I don’t disagree that It will prob do well- but I won’t be heading there with the fam, the menu verbiage alone solves that for me. Wonder if LB is the best spot for the, esp Pier Village…It just seems like it’s so over the top for no reason. I get that’s the hook, but they could achieve the same with 1/3 less schtick in my opinion.

If you like tacos, Taco pizza made right is actually quite good. Crust topped with taco meat and cheese. Baked. Then topped with lettuce and dollaped with sour cream…Chopped tomato, jalapeños optional. And guacamole on the side.

But this thing just looks silly to me. A bunch of tacos on a pizza crust…

If you have Fios they were on Restaurant Hunter. It was a show about NJ chains. I really wasn’t paying much attention but remember they showed them making a Japanese Pizza.

It comes on tonight as well

Well I tried this spot today. Our office ordered 8 sandwiches. It was pretty chaotic.

Out of 8 sandwiches only ONE had a label. So we had to open each sandwich to find out what it was. The kicker is that the one labeled sandwich wasn’t even correct. It was supposed to be an eggplant sub but it was chicken. I ordered a cheesesteak on their specialty sub menu and we didn’t get a single sub with steak. I ended up with the “grab bag” sub that no on else ordered so I got some random chicken sub. It was ok I guess. I bought my coworker a Nashville hot chicken sub and he gave me half. It was alright…no spice at all. The chicken was quality though. I ate this probably an hour after prepared. I am sure it would have been better fresh but it still had no heat at all.

My coworker had the crab sub and said there were some shells in it.

Overall, not a great maiden voyage. I’m not rushing to get back.

Well, this place is still there, weathering the entirety of the pandemic so far. That alone made them worthy of at least a sample.

I was not interested in pizza, wings, or fries today so I thought I’d leave them for another time. Today I was curious about TB’s cheesesteaks. There are three “special” ones on the menu and they will make you a plain one, or any way you like it. Since I was not alone I agreed to split a chicken-based sub and the Ducktown Melt, a cheesesteak on garlic bread. We decided on the Jezebel, Nashville hot chicken with smoked mozz.

The rolls were very good. Many people underestimate the importance of a good roll in a sub and this one was near perfect for their hot, messy sandwiches. In both subs, the main ingredient was good and of good quality. Interestingly enough, the weak spot for both subs was the cheese. The tiny bit of melted fresh mozz was swallowed up by the steak. The thing about a cheesesteak for me is that the meat and cheese merge together through cooking to form one gooey, messy thing. Next time I will try their housemade wiz. Also, as previously reported, the Nashville Hot chicken was not even Nashville medium. But both sandwiches were enjoyable nonetheless.

I would like to try some other things here, not the famous Taco Pizza, but maybe some fries, wings, and even a more normalish pizza. Although the Pier Village location is enough to dissuade me, it is easier than driving to AC or Hoboken.

My son wanted to try the taco pizza during the pandemic so we gave the pie a try. Similar to my vaccine it was one and done with me!

My buddy over at Palumbo’s in Little Silver does a decent cheesesteak both chicken and steak. That satisfies my hankering when I have one.

That’s my go to place now. They are doing a nice job over there

Have you ever had the taco pie?

No I’m definitely not that adventurous !