So…I’ve decided to take a solo vacation to Tokyo, Singapore and Kuala Lumpur next month.

I’m looking for recommendations for these 3 cities especially Tokyo. Singapore and KL I’m pretty comfortable with as I go there all the time, but this is my first trip to Tokyo. I’m looking for places I can go to on my own over 5 day period as a solo woman, without drawing stares or being the only solo diner. All price ranges and cuisines are fine. I hope to do 1-2 fine dining meals and the rest will be casual-midrange meals.

I haven’t been to Singapore for a few years so I’m open to suggestions. I’m staying with family so I’m sure they will take me to their usual spots but I’ll be venturing out on my own as well. Same with KL - staying with family for a few days. I was there 2 years ago but most meals were part of a family wedding. I fit in a few outside meals but always open to suggestions!

Great to know that you decided to travel to take a break! I’m sure you can find many suggestions with @klyeoh 's write up on Singapore and KL here.

As for Tokyo, last week I was reading “A Sushi handbook” by Jiro Ono

, I made up my sushi list for my next trip (don’t know when):
• Sukiyabashi Jiro
• Sushi Yoshitake
• Sushi Saito
• Yasuda

All of them in Ginza. All of them not cheap. Lunch is a better deal if you are worrying about the budget. Try to get a reservation as soon as you can especially lunch is considered as bargain when you compare with the price of sushi restaurants outside Japan.

If you are visiting the Tsukiji fish market (tuna auction very early in the morning), you can also eat at the market restaurant - Sushi Dai (need to queue). I also bought some knives from Arisugu in Tsukiji.

but this is my first trip to Tokyo. I’m looking for places I can go to on my own over 5 day period as a solo woman, without drawing stares or being the only solo diner.

Solo diner? Perfect for omakase, kaiseki, ramen I’d say! I haven’t researched into kaisekis in Tokyo relative to Kyoto but I’d happily grab a few of those if I am in Tokyo myself.

I haven’t been to Singapore for a few years so I’m open to suggestions.

Singapore’s got quite a lot of new restaurants which opened in the past 1-2 years - not all are fantastic. But if you’re game to try, some newbies are:

Please let me know if you need any specific dining tips.

Thanks all. I plan to have some sushi, but that’s not going to be my main focus, as we have very good sushi here in LA too.

Any suggestions for good japanese curry meals, yakitori/robotayaki and tonkatsu?

Any suggestions for good … yakitori/robotayaki …?

Any suggestions for good … tonkatsu?

I used to be a big tonkatsu fan, but have largely weaned myself off the dish when my cardiologist warned me against deep-fried foods. But on those rare days when I’m in Tokyo and feel like cheating, I’d make a beeline for Fukuyoshi in Shibuya ku, Jingumae 4-28-24. Closes on weekends, though. Mon-Fri 11.30am-2pm, 6pm-8pm. It’s run by a friendly, elderly couple.

A couple more questions, if anyone can answer for me please…

I want to buy some food items to bring back as gifts - limited editon Kit kats, tea, some condiments/seasonings, etc. Do the convenience stores in Tokyo have a decent selection, or do I need to seek out a proper grocery market? If so, any recommendations? I’m staying in Shinjuku, but will be moving around on the Metro to visit other areas.

Also, I’m interested in buying a knife or two to bring back. I know I need to put them in my check in luggage, but anything else I need to know or do before returning? Any special packaging or labelling needed?

Since you’ll be in Shinjuku, the department store food halls might work for you. Isetan or Takashimaya come to mind.

A small shop at Tokyo Station. 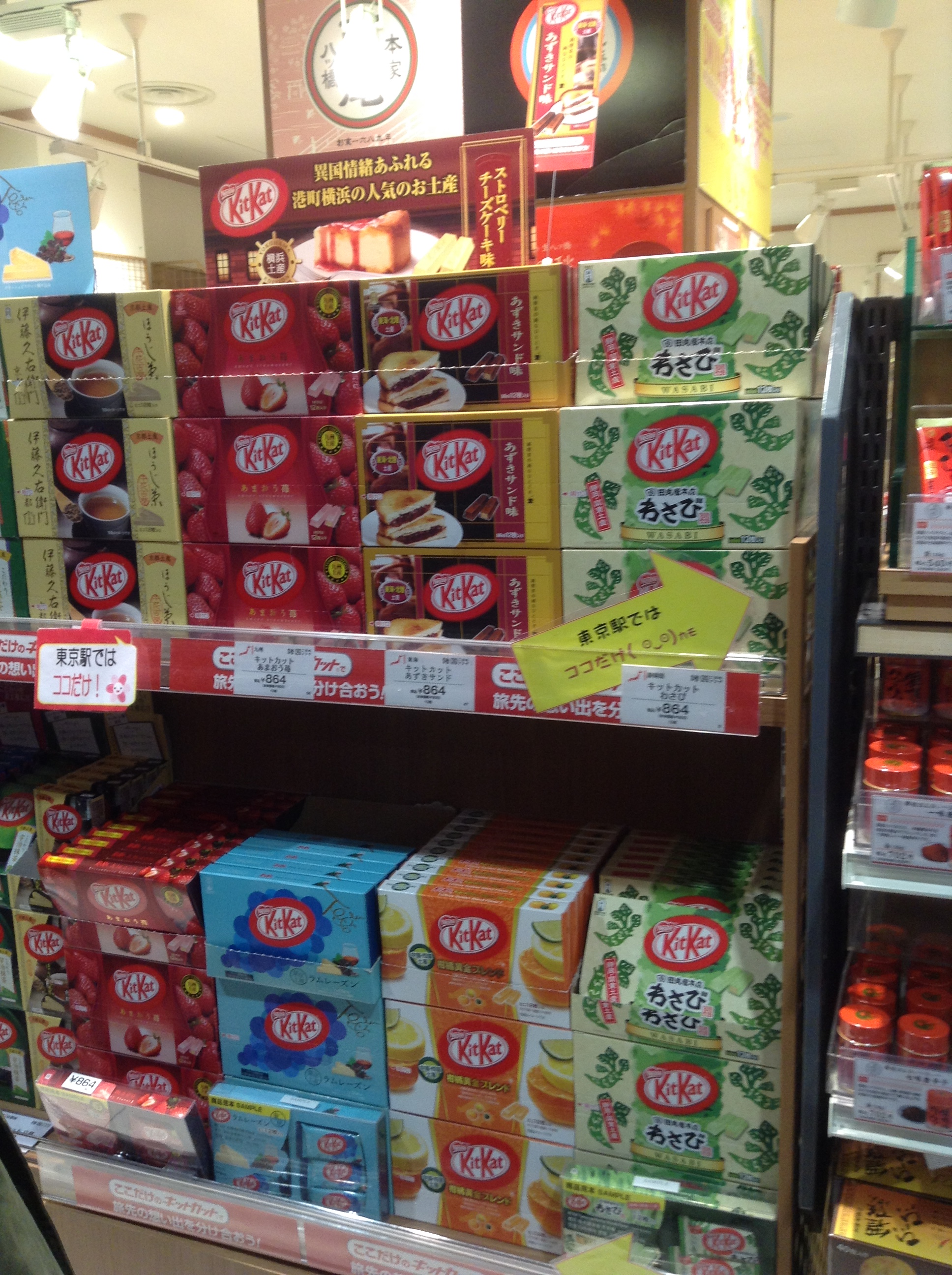 Where to Buy Kit Kats in Tokyo

The best place to buy regional Kit Kats in Tokyo is at the Shokoku Gotochi Plaza. The shop is in the basement mall of Tokyo Station near the Tokyo Ramen Street, across the hallway from Rokurinsha r…

I went to Narikura for tonkatsu back in November and shamefully didn’t write it up. Tabelog and the internet hype machine seem to consider it one of the best for Tonkatsu in Tokyo (it and nearby Tonta both have tabelog scores over 4). It has a Michelin bib gourmand; I don’t think the judges knew what hit them when they went to Japan, they’ve handed out awards left right and center.

This obviously meant there were queues as it’s a no reservations kind of place. I think we waited for around 40 minutes. Dining room was pretty unassuming, almost canteen in style with the usual long kitchen counter.

Their signature is essentially using really thick pork chops. You can choose various breeds and sizes, and whether you want sirloin or fillet.

The specials menu was all in Japanese but the internet saved the day as I’d found a helpful soul had written an insanely detailed guide to eating there https://thepursuitoffoodperfection.wordpress.com/2015/03/22/narikura-tonkatsu-takadanobaba-restaurant-review/

After queuing and being the glutton I am I obviously went for the largest size of the strongest tasting speciality breed (Kiramugi). It was too much! My partner’s more modest portion of their “standard” breed pork was big enough. The Kiramugi was definitely stronger in flavor than the standard breed, and way more indulgent in terms of the fat on the loin, but you can only cope with so much of that. But if you just had the standard you wouldn’t be disappointed, both were fried to my ignorant perception of perfection, not greasy at all.

Whether the special was worth the ~¥2000 extra over the standard is hard to say, we get some pretty good pork in the UK and you’d probably pay something similar or more for the quantity and quality so it didn’t seem unreasonable. Likewise, was it worth the queue? I didn’t regret it and maybe I got to try some of the best Tonkatsu out there! Your mileage may vary.