Today on NPR Creamed, canned and Frozen, How The Great Depression Revamped U.S. Diets an interveiw with the authors of A Square Meal

Nice article in the NYT, also: 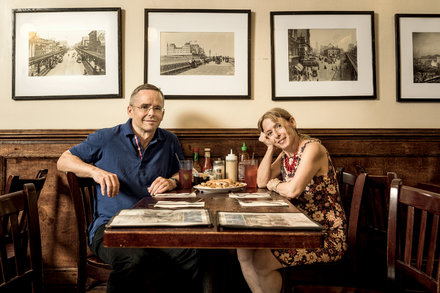 The Depressing Food of the Depression, in ‘A Square Meal’

In a new book, a Brooklyn couple explore the practical but hard-to-love cuisine of the 1930s.

A friend sent me a set of spiral-bound recipe collections that were privately published in the midwest. The person behind them solicited Depression-era recipes but did almost no editing, so there’s a lot of duplication/near-duplication. They are for the most part horrifically unappealing, and make me appreciate not having lived in that era. Stuff like “soup” that is no more than stale bread soaked in milk. It’ll provide nutrition, but no enjoyment at all.

A friend sent me a set of spiral-bound recipe collections that were privately published in the midwest.

Yes… no shortage of abominations.
I have a very old copy of Good Housekeeping
I just took a look at some of the recipes
things were already looking pretty grim in 1922. 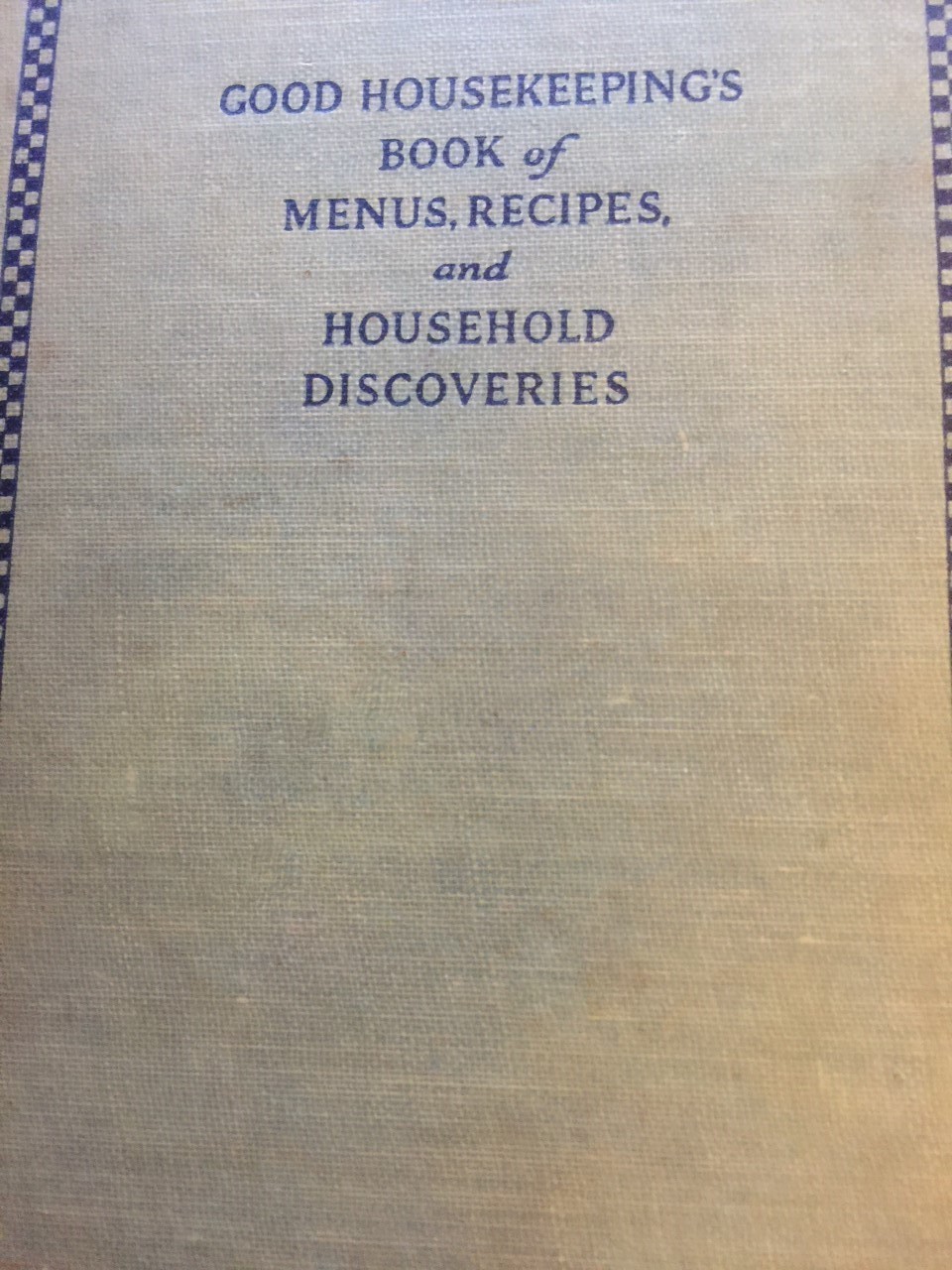 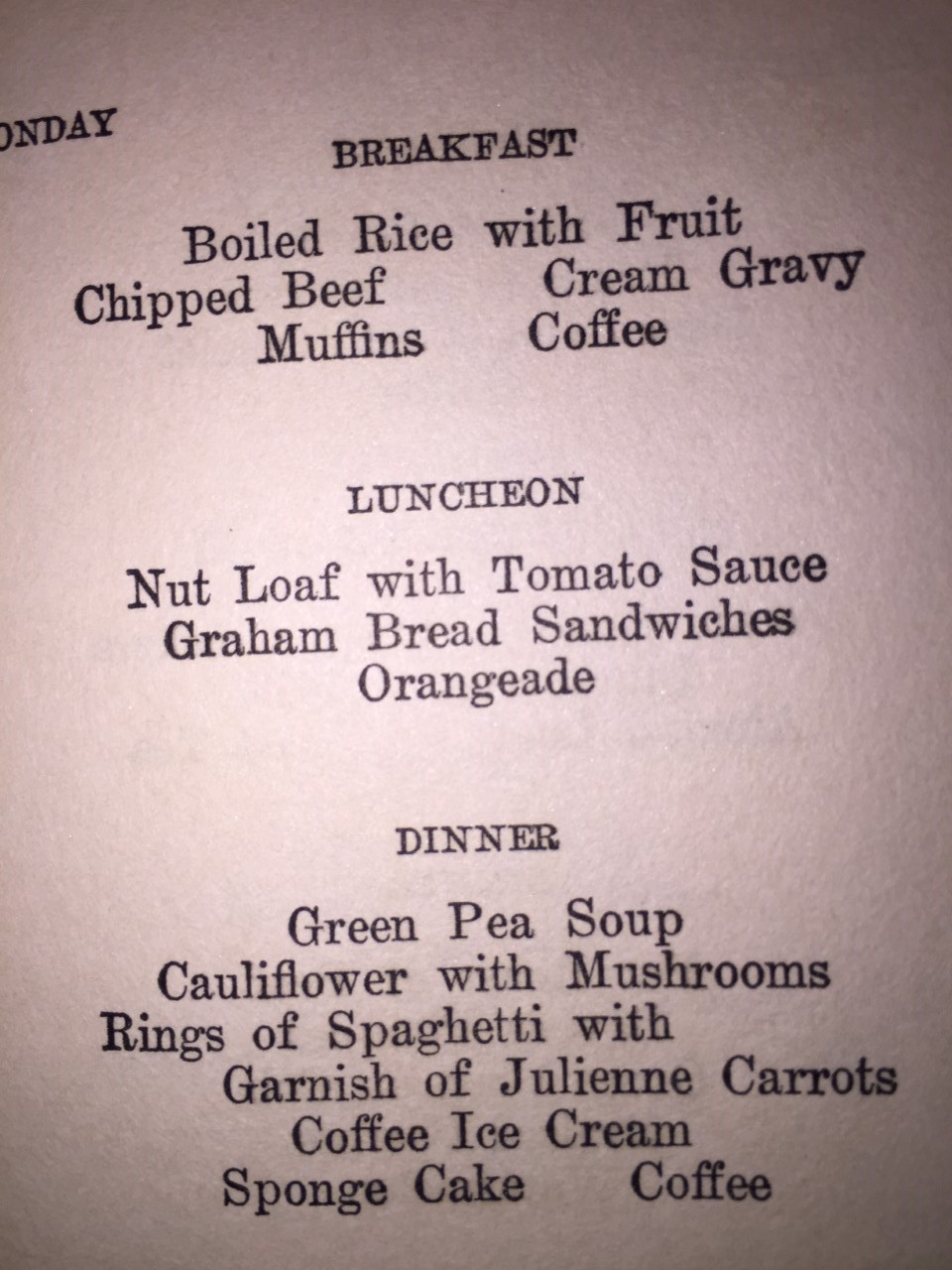 Spaghetti-O and Vienna Sausage mold … mm good! Not from book 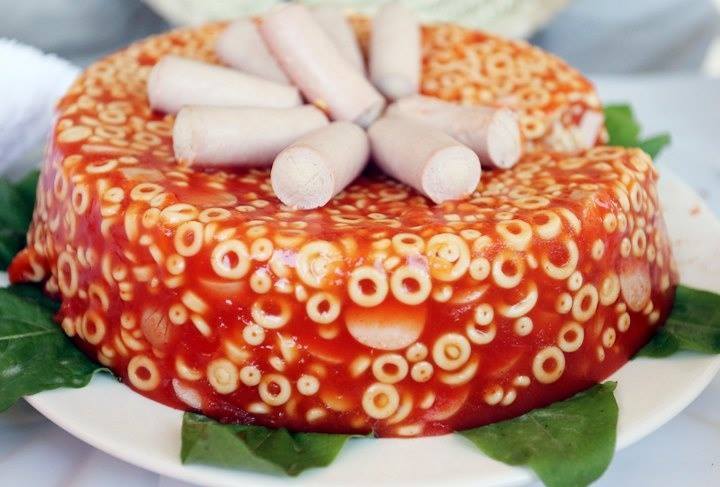 I would love that recipe for spaghetti O mold.

Seriously - my family has a long history with spag-o and it would be awesome to make it. (Maybe not great but a huge hit for sure).

The original recipe may be in one of my books … I will take a look
at home … it could be in storage though
https://www.youtube.com/watch?v=2jJg0LgMH9Y

I would love that recipe for spaghetti O mold.

That looks seriously disgusting! But kind of pretty!

Totally disgusting. I want to make it so badly (once).

What a hoot that would be!

Google is your friend:

The original was in “White Trash Cooking”.

I am perplexed by this. I’d be interested in the locale of these memories.
My mother, born in 1918, described lots of local fruits and vegetables, along with wild game and fish, in addition to the local butcher. This was Kansas City in the 30’s, perhaps the Northernmost and Westernmost Southern City. I associate canned goods and bland meals with the post war era, when women became a vital part of the workforce.

I’m certain her living in Kansas City vs a NYC tenement had lot to do with what she was eating.
That said I took away that the government was subsidizing the masses with these foods because of their low cost and ease of preparation and thus pushed to make them seem appealing , also nutritional guidelines have changed drastically. The picture of the menu I posted above is from the 1922 edition of Good houskeeping… Blech

I just finished the book which was fascinating, also very sad. The Depression was way before my time, but my mother, who grew up in Pittsburgh in the 1930s, says she had no idea what was going on. Her father was a doctor, and a lot of his patients paid him in food, so they ate very well. She did wonder why men would come to their side door asking for food though.

Thank you for sharing that, my mom was in Lancaster PA her dad was a kosher butcher, they never wanted for anything. My dad on the other came from a very poor family, he lived on the lower east side of NY and was sent to work when he was just a kid to help the family out. He had some interesting stories … Food was always at the center of them

I’m looking forward to reading the book.
The Met had a food retrospective exhibit some years back, it was fascinating.

I’m late to this discussion.

My maternal g-father was a kosher butcher too! (But lost his business during the Great Depression, which killed him.)

My father’s family was also very poor. My father was actually a young man just starting out when the Depression hit. To relate this to eating, during the days of the early Depression he was a lightweight boxer (118 pounds, 5’8"). In the later 30s, he got a job as a waiter in a steak house, where he could eat left overs. By the time he was drafted he was up to 125. In boot camp he put on 15 pounds. Who gains weight in boot camp? Someone who was underweight.

He was always very obsessed with food. Let’s not forget that whatever people in the Depression ate, it was not by our standards, plentiful. These were classically poor people - i.e., hungry. I admit that that spag-o looks awful to me, but as my Dad used to say, “When you are hungry, anything tastes good.”

somehow missed this when it came out. will have to take a look.

re the fdr anecdote mentioned in the nyt piece: the story laura shapiro tells about eleanor roosevelt in “what she ate” explains a lot about that day’s presidential menu – actually for fdr’s entire presidency.