im going to Vegas with friends. We are thinking of one nicer meal - here are their thoughts of where to go. Any input? Haven’t been to Vegas in years. We want to stay on the strip (no cars) and we have all been to Siam before …
Thoughts? Other suggestions?

MANDARIN BAR- FOR DRINKS and dinner

I have never seen the attraction of a Vegas buffet – I find them to be incredibly expensive for what you eat (unless comp’ed), let alone incredibly wasteful – so I cannot comment on the Wicked Spoon, or any other buffet.

Raku is excellent, but reservations are a MUST! It’s also not on the Strip [quote=“Thimes, post:1, topic:4079”]
We want to stay on the strip
[/quote]

Been to Bardot Brasserie several times for brunch and love it!

Other places I highly recommend would include (but aren’t limited to):

At the SLS
– Bazaar Meat
– Cleo
At The Cosmopolitan
– Jaleo
– Scarpetta
At the Aria
– Herringbone
– Sage
At the Venetian
– Yardbird (only been here for lunch, but well worth it)

Thanks for the feedback! Vegas is more about the gambling than the food for me in general, but these are good friends and we like good food, so all very helpful information!

Ditto Sage and Jaleo. After Raku, hit Raku Sweets for dessert (get the Mars dessert) 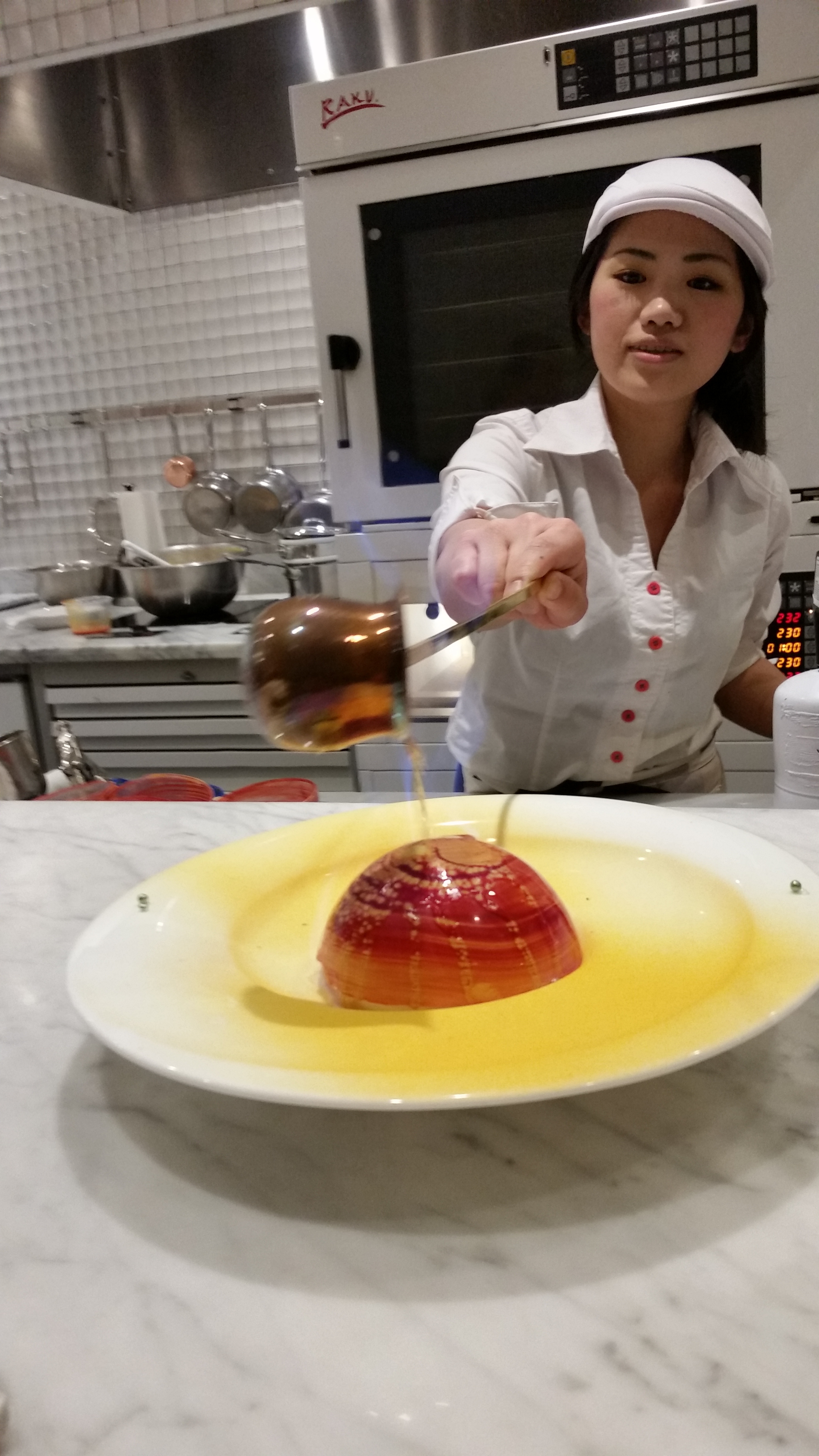 Vegas is more about the gambling than the food . . .

Well – yes, for you, as you stated above – but (IMHO), gone are the days when gambling was the only motivating reason to go to Las Vegas (and the only place to eat was the buffet!). Today, some of the finest restaurants in the US are in Las Vegas (again, IMHO), and it would be a shame to waste a single meal. ;^)

Have a great time!

If you win big, go to Joel Robuchon (inside mgm grand), not to be confused with L’Atelier joel Robuchon which is more casual.

We did that a few years back (the mansion or something like that right?)

Today, some of the finest restaurants in the US are in Las Vegas (again, IMHO), and it would be a shame to waste a single meal. ;^)

There is good food to be had, you are correct. We’ve just never had great food and great service at the same time in Vegas (just our experiences, maybe it is us). And I enjoy craps – so I can get great food at home but there is nothing like the craps tables of Vegas near me.

Well, you’re in for a treat!

Thanks all for your recommendations. We just returned from our trip . . . and it is time for Betty Ford.

There was a large group of us, so all of the decisions were not mine to make (and we had been to several of your suggestions in years past).

So this time we ended up going to:

Country Club for Easter Brunch - We had a great time. The buffet was fine, nothing all that special, but good. The items that you could order off the menu (included in the price) were better than the buffet items. Bottomless Rose Champange was a nice touch.

Bardot Brasserie - loved it. Everything we ordered was great - we were there for brunch. Server was great. Botttomless rose wine was a nice touch.

Nora Italian - it was fine. I’m not sure why it is so hyped, maybe most people just don’t have any decent Italian restaurants? I wouldn’t take the cab ride again to get to it though, but if I was local I’d go again.

Rose Rabbit Lie - great cocktails, great servers, cool space. We had a few plates of food to share and enjoyed them all.

El Dorado Cantina - a mexican place adjacent to a strip club - very vegas right? I was surprised that it was filled with families (given it is attached to the club). The margaritas were strong and I had 3 different tacos, all of which were very good. I can’t really tell you how everyone else liked their food (they were all too drunk to really remember

I wish I had taken more food notes - but I remember the cocktails. LOL It was that type of trip this time.

Country Club is fab for off the menu…
I’ve heard great things about Rose Rabbit.
Bardot brassiere at Aria & Tableau at Wynn…breakfast/brunch
Lotus of Siam for lunch but need to get to Chada, which everyone loves.
Glad you had fun!

Which one of these was your one “nicer” meal?

I’m not sure I would say any of them qualify as “nicer” in terms of vegas. We’ve been to Nobu, The Mansion (Robouchon), and Picasso before. Those were all on the more “formal/nicer” side of dining.

Our favorite meal as a whole was probably at Bardot Brassiere. The food was really solid, the rose they had was very drinkable (a syrah mourvedre blend). From what I remember (bottomless rose $20) we had two salads both of which we really enjoyed. One was a frise salad with lardons and a poached egg (very well dressed and tasted great) and the other was a blue cheese and endive salad which was very good as well.

I had the chicken french dip sandwich - which I loved but wouldn’t recommend. I didn’t fully understand the description of it. It is more like a “day after thanksgiving” sandwich than what I was expecting. But since I love all those things I was happy with it - it just wasn’t exactly what I expected.

Others had the Hunter’s waffle which was duck confit on a sourdough waffle (if I remember correctly). It was very good - I was allowed a bite

Another had the French Toast, which was a huge piece of brioche with a syrup that was addictive. I know we had at least one other dish but can’t remember what it was.

And our server was great and fast on the pour with the rose.

I would say that Rose Rabbit Lie was the most interesting place we went (Mexican attached to a strip club aside - as the restaurant wasn’t interesting but it’s neighbor was a little “Vegas” for us). It is tucked way back in the conference area of the hotel. But they had two main rooms - one was a music bar with a great singer, crowded, and very loud. The other was the “library” which was much quieter and easier to have a conversation. The bartender in the library was great and we all enjoyed our cocktails. The food was solid (we had a few small plates - the octopus is the only one I can remember right now) but we didn’t have a meal.

Oh - and for anyone in the bar side of the business - Rose Rabbit Lie had the nicest barware I’ve had in a long long time. Cut glass DOF glasses, great martini glasses and maybe pressed glass for the water glasses. They were heavy and I was really impressed.

Anyone know where they may have sourced them? I’d use them at home I liked them so much.