The story of chocolate in Modica, Sicily from the BBC

Good article! The chocolate of Modica is an acquired taste (it is reminiscent of granular Mexican chocolate), but if you acquire the taste, it can be as addictive as many other chocolates. I hope that the rumor that it aids in weight loss is true. 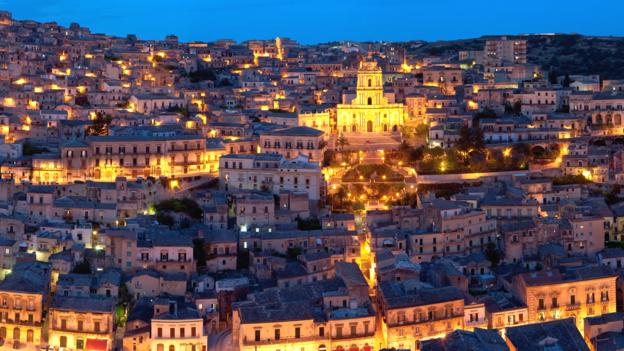 The Italian town with an ancient secret

Made in the Sicilian town of Modica, this Aztec-inspired chocolate is one of the world’s best-kept secrets.

I can’t read the article as I live in the UK (it’s part of their weird ringfenced content that isn’t paid for by the license fee that the BBC earns from UK television licenses - I’ve never understood why that means we can’t access it ) but I stayed a few days in Modica last year and you can’t move for chocolate shops there. I really liked the texture, it was a nice change from normal chocolate, and different from chocolate where they add other ingredients for texture.

The shops are pretty generous with their samples and have a huge selection of flavours. Antica Dolceria Bonajuto seemed to be the most popular place to visit.

Interesting. I went to Modica some years ago – more than 10, I think – and at that time there were only 2 or 3 chocolate shops, at one end of town. What made Modica such a treat was the lack of tourists and touristy things, although already there were some lovely tourist accommodations, inspired by tax incentives the local government had given to young people to turn any large family property they had inherited into b&bs rather than sell them to Mafia-connected enterprises who laundered money/ kept gangs employed via real-estate/rehabilitation scams.

At first I didn’t like the chocolate, partly because my initial tastings were modern flavorings using hot peppers, salt, etc. But it has since become one of my Italian favorites, especially the orange-laced. It is not easy to find elsewhere in Italy, and usually it is only Bonajuto that is sold beyond Modica. I’ve found it in markets in Palermo, and it wouldn’t surprise me to find it in airports or shops in the bigger tourist cities like Florence, Rome and Milan. (Venetians seem uninterested in chocolate, but maybe I just missed it.)