We ran into the chef/owner of the Spanish Potato Grill in a parking lot. His truck has a big logo & my wife can’t resist a good potato. We stood around & chatted with him for a while. Anyway since it’s her b’day we decided to try it out. Hafta say - well worth the trip. It’s in a little strip mall next to the Stop & Shop in Brick on Brick ave. looks like this: 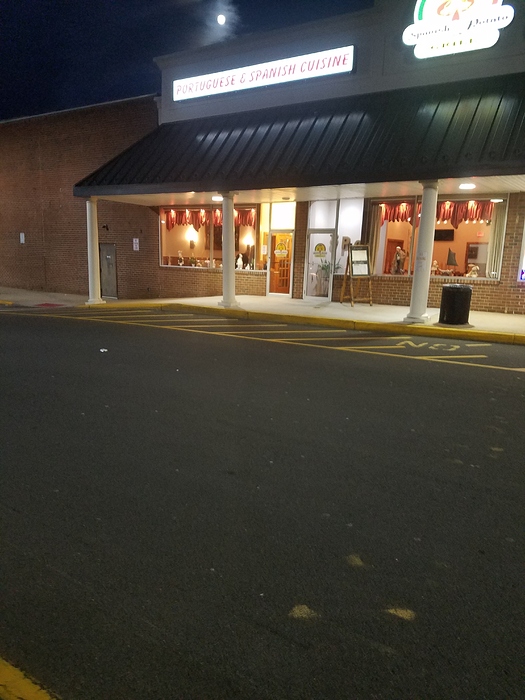 It was pretty empty but they have shortened hours in the winter anyway. Atmosphere is pretty quiet but very nice inside.

The menu is not huge & obviously all cooked there - turned out even the desserts are in house. It’s a Portugese restaurant so lots of seafood - some steaks - paella is a big thing there.

We had two appetizers. Jul had the Spanish Potatoes which are like thick homemeade potato chips with cheese, olices & stuff on them. It’s a huge portion - easily enough for 4, we took most of it home. I had fried Calamari which was excellent. Came with a rather band marinara but also with a balsamic reduction which was fantastic. 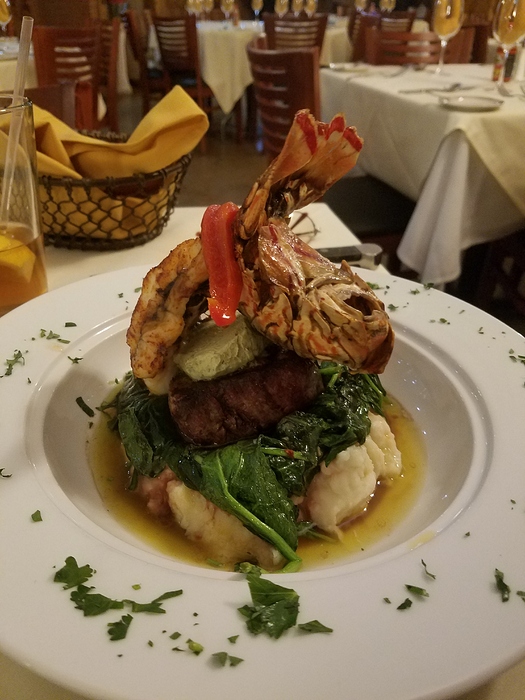 Lobster tail & a filet. Both very good - I sampled.

I must have been reading the steak thread too much - had a Steak Al Plancha. 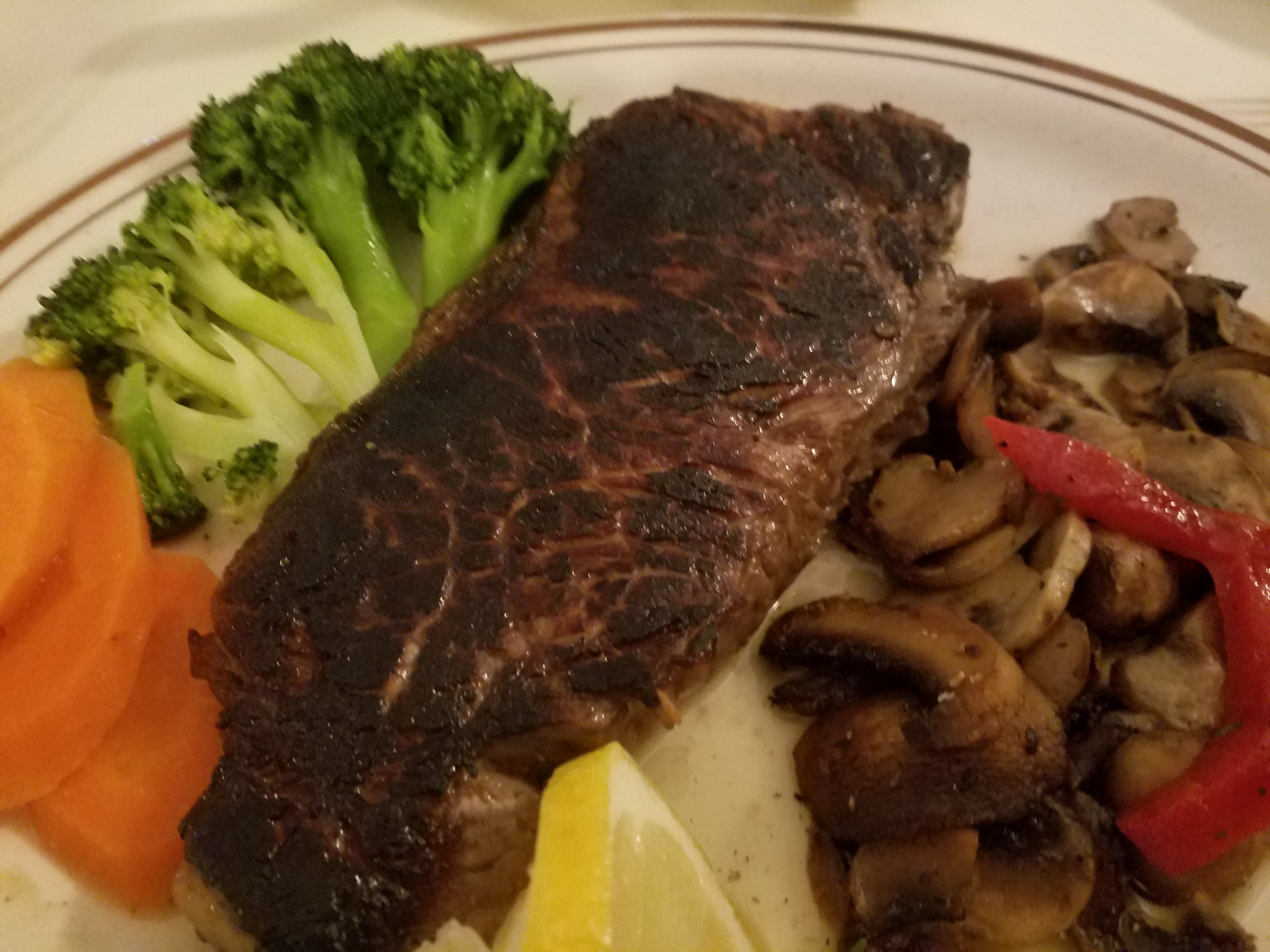 A very nice New York Strip with mushrooms. It was delicious & cooked perfectly (rare). I guess I was just in the mood for a piece of meat.

We were too stuffed for dessert but the owner sent one anyway - little phyllo cups with custard. They were light & perfect.

Manny, the chef/owner stopped by & we had some good conversation. The wait staff was excellent & I have to say - it’s the best meal I’ve had in a while.

Wowza !!! Not what I was expecting from a place called “The Spanish Potato”!! Looks fantastic thanks for the heads up!! Happy B-day to Jul !!!

They have quite a nice lunch menu too with many things not on the dinner menu. I will be giving this a try soon. Thanks for discovering this place.

Can someone please explain if Brick is in Wall? (There’s also a brick wall joke in here somewhere…)

And thanks for the heads-up! Sounds yummy

Sorry - I Was tired when I wrote that. Plus the GPS decided to take us on a couple adventures getting there. The correct address is 556 Brick Blvd. Brick, NJ 08723

Thanks! Well I am definitely learning where things are, that when threw me off!

Maybe @NotJrvedivici can fix it in the title…

We tried this place for lunch today on the way down to LBI (to enjoy the nice weather) and I’m glad we did. The food, service and atmosphere was all good.

At lunch there is a salad bar included which was very nice, more Mediterranean than Portuguese. We had a shrimp in garlic sauce appetizer that was good but not as good as Fernandes. We shared a sandwich of sliced chorizo sauteed with peppers and onions on a Portuguese roll that was very good. The roll was excellent and made the sandwich. We also shared saffron rice with chicken, pork and chorizo. They have it under a section of dishes called paella but it’s not real paella. It was however very tasty. It’s like an arroz con pollo with a nice broth, chicken, pork, chorizo, peas and peppers. For dessert we split an order of the custard cups. They were excellent.

Once again a place we never would have known about without the good folks that post on this site. We will definitely return. 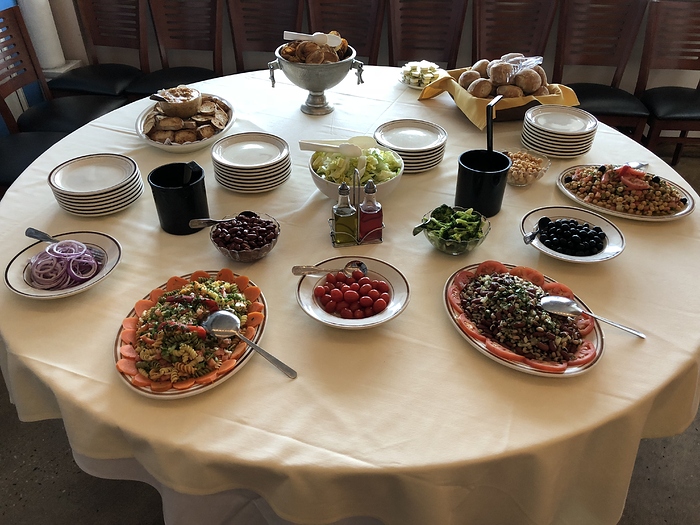 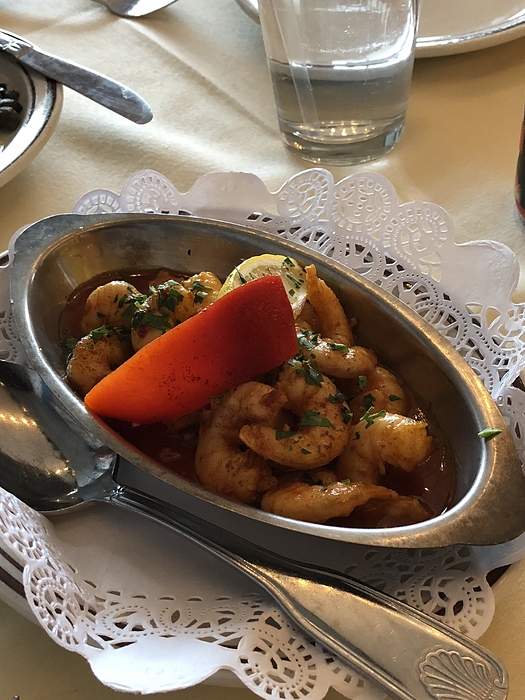 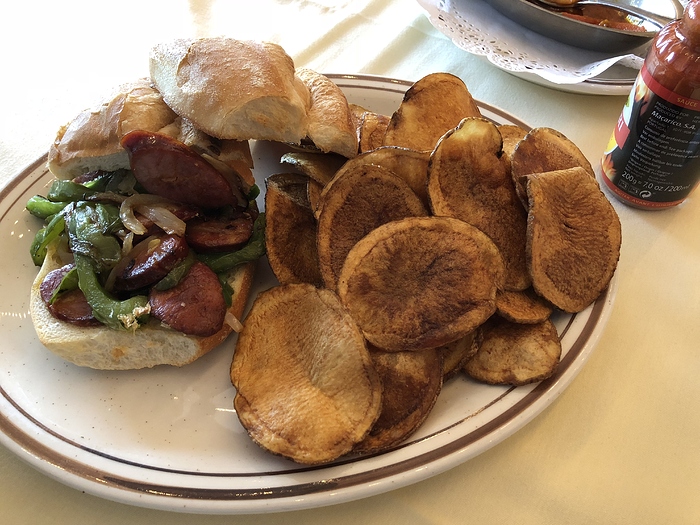 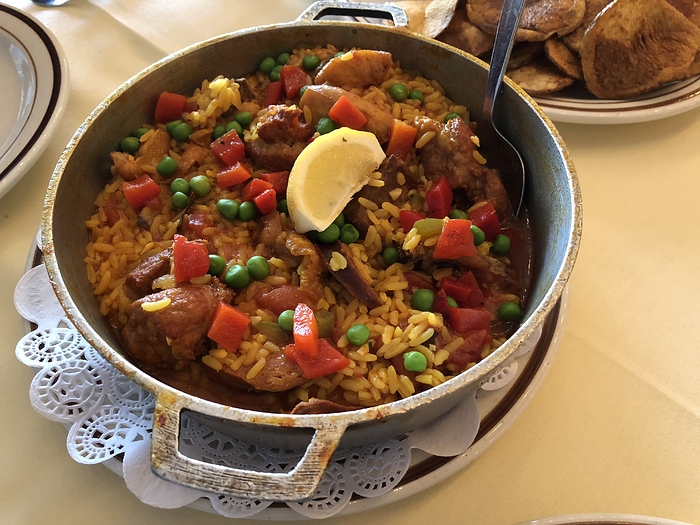 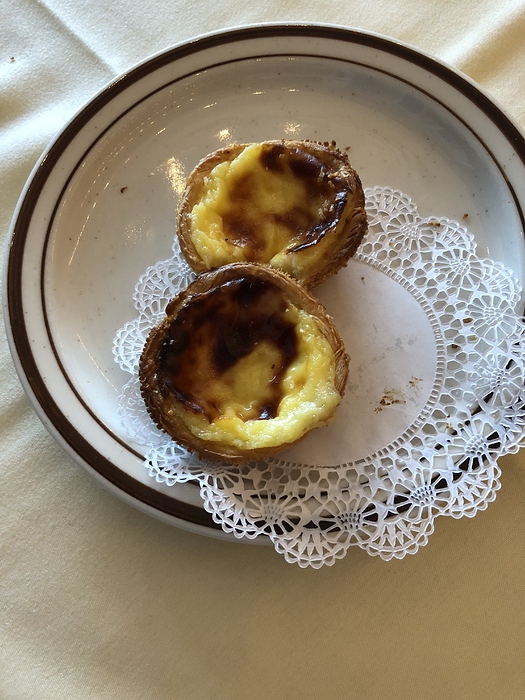 The last pic is those little custard in phyllo cups. I could eat a couple dozen of those critters.

A portuguese lady I know swears by this place. I just don’t get down that way too much. I’d love to try it.

Those are pastel de nata and they really make me miss working in Newark! A good one is a beautiful thing…