A new jewish deli called the Pickled Herring opened last week on Route 9 in Marlboro in the shopping center with Kohls. This is the location that used to be Jerry & Harveys. They have opened with a limited menu which will be expanded when they can open the dining room and of course are currently takeout or curbside pickup only. The stuff in the cases looks good and the owners are experienced deli owners. One of them is Jesse from the former Jesse and Davids in Marlboro.

We got matzo ball soup which was just ok. We also split a pastrami sandwich and a brisket sandwich both of which were very good. Also some very good potato salad and pickles.

The lox, whitefish, herring etc looked nice and will be the next thing we try. Interestingly they have 2 varieties of most meats like corned beef, pastrami etc. A kosher version and a non kosher version. I had the non kosher which they said is made for them by a Brooklyn supplier. They also have separate kosher slicers. 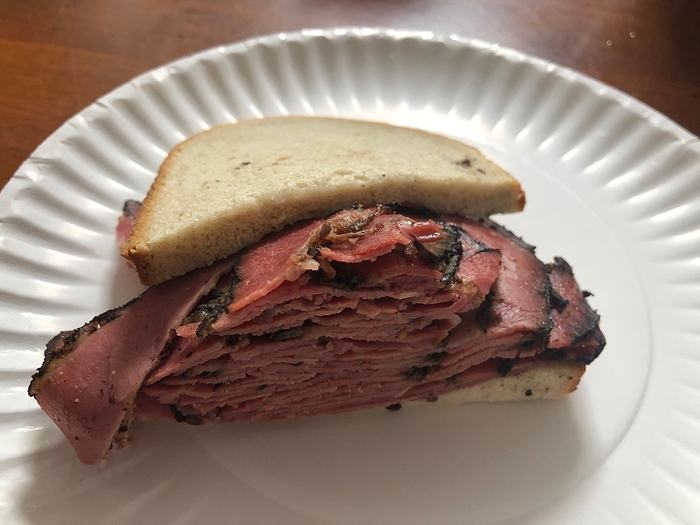 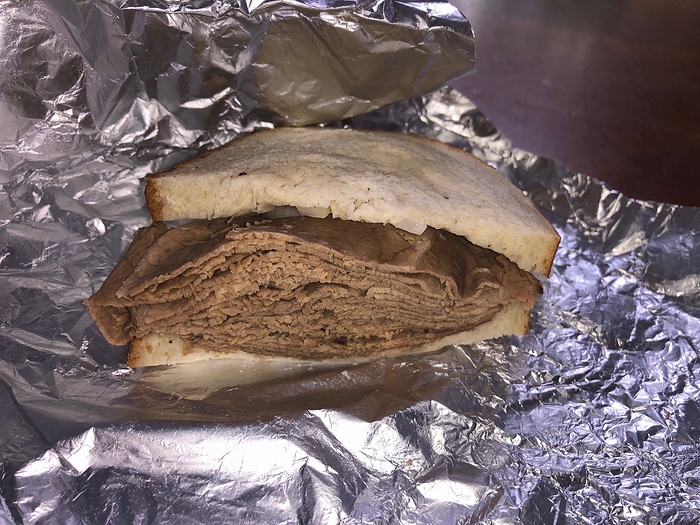 Ty for taking one for the team here @BossaNova! I’m glad you were able to try their food.

Interesting about the two set-ups. Reminds me of when I was a boy and slept over at my kosher grandparents house. I woke early and poured myself a bowl of cereal with milk. My grandfather woke shortly and had a look of horror on his face when he saw me eating. As soon as I finished he threw the bowl in the garbage and educated me on the laws of Kashrut.

Another deli that gets their meat from another supplier. Who do we have in the area (Jewish or otherwise) that actually cooks their own meat? That would be a good list to compile. I think Frank’s is on the list (except maybe their pastrami - and they do their own baking as well). Richard’s I think gets theirs from another source. Danny’s in Ocean does their own Roast beef and turkey, but that’s really all I know. I’m pretty sure some of the diners roast their own meat as well but I don’t think any of them are doing their own pastrami.

Is there even 1 place in NJ that’s making their own pastrami?

I recently had some dearborn farms pastrami from Shoprite and it was actually pretty damn good. Now if they would just leave some freaking fat on that thing…

Is there even 1 place in NJ that’s making their own pastrami?

Harold’s in Edison makes their own, at least according to this article:

Pastrami Is the Priority at These Old-School New Jersey Delis

I knew Hobby’s would be on that list! Another food item I miss from my days working in Newark… SIGH

Hobby’s and Harolds are my two favorite NJ delis. The meats at both are great as are many other items. The two brothers who run Hobby’s are both great guys and make sure the quality stays high.

Yes–I dealt with Mark for years when I worked up there! I think my board members used to come just for the platters I ordered from Hobby’s.

We make our own corned beef & pastrami. Fwiw.

We used to roast our own beefs and chicken but bought all the other deli meat. We did make a lot of our sauces.

Harold’s was the first place I ever ate out with co workers when I got my first real job when I was like 19. I just didn’t understand the place at all at the time… a mountain of meat, no sauce, no toppings and dry bread… I was like, why do people eat this?

I think I got turkey or roast beef, I don’t think I even knew what pastrami was back then.

I haven’t been back since but I’m sure I’ll enjoy it far better now! Only problem is I just can’t do a trip to Edison and not eat something Asian.

With a family lineage to Jesse & David’s I’ve got a feeling this will be a welcomed replacement to Jerry and Harvey’s. Jesse & David’s had a lox on the Jewish Deli scene in that area 20+ years ago. Good luck to them!

I don’t think I even knew what pastrami was back then.

I think it’s up to @seal to plan your bar mitzvah now.

Oy! I am a terrible planner. But if @joonjoon is willing to get a circumcision then I will have my friend Tevye stop fiddling with his roof for a minute and make some calls!

Only problem is I just can’t do a trip to Edison and not eat something Asian.

This statement is so true for all Asian that don’t live near Edison.

True for non-Asians as well.

a mountain of meat, no sauce,

What…mustard doesn’t count as a sauce?

Returned to the Pickled Herring for takeout today. We split an appetizer of Beef Stuffed Cabbage which was very good. We also split a pastrami sandwich which we both enjoyed. Health Salad and Potato Salad were both good as sides.

I thought it was even better the second time and will certainly return. 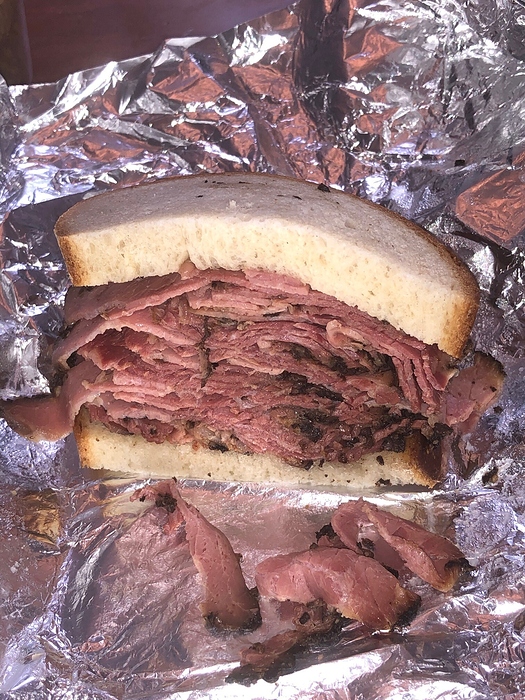