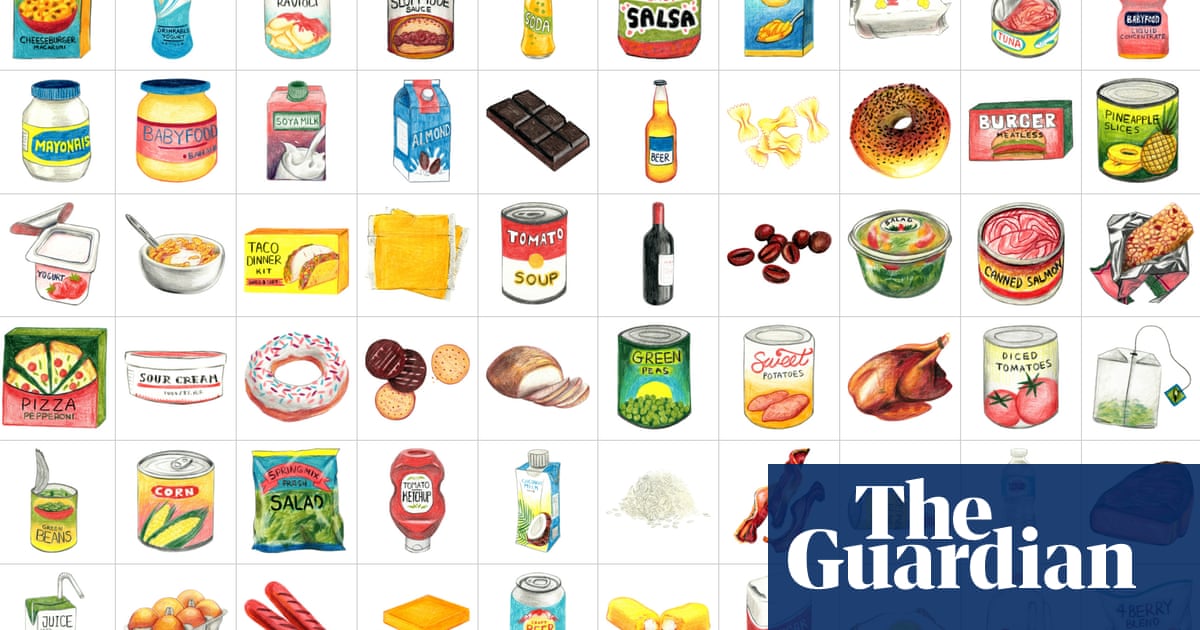 What an eye opener. Thank you for sharing.

As a label reader, this is not surprising to me. But what is is how American shopping habits feed these conglomerates. “Dips”, “sodas” and “breakfast cereals” are the categories highlighted.

Interesting in itself. My first question that I’d put to my usual newspaper is “And how does that compare to the UK”. My guess is that we would find the same dismal situation here. And, perhaps, even worse - with something like 70% of all grocery shopping being in nthe hands of just four supermarkets.

I challenge this as a crisis.

We’ve (US) been through major angst over whether T-Mobile and Sprint should be allowed to merge. The courts have been clear that three companies is plenty for competition.

The examples are all prepared foods. Dips, soda, and breakfast cereals? Please. Of greater interest in my mind is that Quaker Oats is owned by PepsiCo. Of greater concern from a US-centric perspective is that Chinese interests own Smithfield. The article is a political diatribe aimed at the audience that thinks successful companies that have grown from founder’s garages (or the garages of their parents) are somehow now evil because they have succeeded. Not because they have done bad things, but because they’re big. In the meantime our (US) government gets bigger.

Shopping today - local bread, local meat, corporate cans (some refried beans), local diary (regional but not huge), corporate pasta (Barilla). The grocery store is a regional chain spread over about eight states. I’m having a lot of trouble getting worked up over this “crisis.”

I’m having a lot of trouble getting worked up over this “crisis.”v

People who frequent this board are quite unusual compared to the large majority of people living (and buying things) in the US. The large majority buys most of the time prepare foods and doesn’t cook at all. You should read the many, good books on the market addressing the many issues these monopoly on food has on food safety, quality, health, health insurance etc. And even though it is also in issue in other western countries, the US is unique as it has a much higher percentage of people not cooking and relying on prepared and high processed food.
And the US government is still too small (and its influence) as we have seen (and still are seeing) in the ongoing Covid crisis which was made worse by the Former Guy but would have been an issue anyway thanks to the diminishing influence of the US government.

I challenge this as a crisis.

OMG you wrote what I was about to

The topic is an interesting and important one, but they needed a better supervisor / editor to direct their research. Soda, dips, and cereal as 3 of their 5 top points? (Ok, I know cereal is a food group in the US, so maybe that’s valid… or not.)

No, but seriously. I feel like this story goes in cycles. Remember Michael Pollan’s first book? I do because I hadn’t paid much attention to the food industrial complex until I read it.

The meat point in the article was the most important one to my read. Over the past month I’ve been pondering why it’s so hard to find organic pork in the places I shop - physically and online - and why it’s so much more expensive (compared to the differentials for chicken or beef). I’m starting to see “crate free” (as the equivalent to “natural” for chicken) but organic - but only in a couple of places.

But I’m aware that I have a lot of choice relative to most shoppers, and isn’t that always the issue - it’s not about what I have access to, because that’s a lot: it’s about what most people have to deal with - that’s always what these articles remind me.

(This thread is going to get political really fast, so I predict it will be locked by… tomorrow?)

I can match you for most/all your locally-sourced shopping (though I’m going to question “local” on the meat - was the butcher local or the meat raised locally?) and go ahead and make that pasta local too.

But it’s not about what you and I have access to - and, importantly, can afford. It’s most people.

The large majority buys most of the time prepare foods and doesn’t cook at all.

Certainly my experience in groceries in Feb and Mar '20 (before curbside took root) is consistent with that. Frozen meals wiped out along with “mostly prepared” foods like pasta and jarred sauces.

In parking lot discussions with the pickers for curbside (my main grocery uses the same people as stockers, pickers, and for delivery to the car and I’ve gotten to know a couple) there has been some shift toward more basic ingredients but not exactly a big change. One data point, one store, one place - not scientific.

What has surprised me most, perhaps because I’m (surprise!) an optimist has been the flood of customers back to restaurants. I really thought that after a year of fending for themselves there would be a major change. Nope. The biggest source of change seems to be the labor market.

the US government is still too small

Over the past month I’ve been pondering why it’s so hard to find organic pork in the places I shop - physically and online - and why it’s so much more expensive (compared to the differentials for chicken or beef).

Near me and from the news media (not a particularly credible source in my mind) meat packing plants took a big hit during COVID due to infections and justified (<-opinion) fear. Since most meat packing plants are in rural areas there isn’t much elasticity in the labor market. No corporate conspiracy from “mega” corporations.

By the way, my distaste for the media is across the political spectrum. There should not BE a political spectrum in the fourth estate. Instead objective journalism has become an oxymoron and we have agendas and activism.

I have yet to see a good case for organic food and so I don’t pay the premium. I wouldn’t notice a change in availability of organic vice conventional products.

I’m going to question “local” on the meat - was the butcher local or the meat raised locally?

I’m in Annapolis MD. How close does local need to be? Lamb is grown about 25 miles away, slaughtered and butchered and packaged on site. I can get that in the grocery. The same farm raises some beef but only available at the farm and really expensive. The Eastern Shore of Maryland has lots of chicken and pork farming. Lots of it from family farms filters through Tyson or Perdue meatpacking while some shows up from a couple of local boutique plants. All in the grocery. We probably eat less than 20 lbs of beef a year; chicken, pork, and lamb are our mainstays among terrestrial animals. I think that qualifies as local. Fish here has miles on it. We mostly buy that at Sam’s Club frozen. Oh - turkey comes from Winchester Virginia which isn’t far either - closer than parts of the Eastern Shore.

But it’s not about what you and I have access to - and, importantly, can afford. It’s most people.

I am fortunate in these matters, I think. I have an interest in food and want to buy high welfare meat. I buy it online, or from a very good butcher on the other isde of town and, from time to time, as part of our normal supermarket shopping. I can afford to make the ethical choice. Most folk are not in either of those positions - and, mainly, that’s because high welfare meat is not important to them.

But things can change. Most eggs sold in British supermarkets are now from free range hens. That’s come about by customer pressure

from a very good butcher on the other isde of town

Our sole butcher shop closed about five years ago. Mike just couldn’t compete with the grocery stores. The last couple of years, struggling to stay open, he gave classes in butchering. Those were outstanding and I learned a lot. Mike now works for a meat distribution company and also does training for meat cutters at groceries - most groceries near me just do packaging in the store so there isn’t much call for primals or cutting onsite.

Our sole butcher shop closed about five years ago.

We still have the comparitively rare luxury of a butcher in the village. That said, we rarely buy anything there - it is not generally good quality.

I am fortunate in these matters, I think. I have an interest in food and want to buy high welfare meat

Agree. Here in the US I use organic as a filter for what you describe as high-welfare, especially when the alternative is unclear.

But with pork especially, I will just forego eating it if I can’t find an organic / not industrial version.

That’s come about by customer pressure.

I did some reading because some of the pork at my closest store has now been labeled”crate free” - I wanted to understand what that really meant. Looks like a third-party campaign to customers was effective motivation.

But things can change. Most eggs sold in British supermarkets are now from free range hens.

They also passed legislation (2018, effective 2022) that will make it illegal to sell inhumanely raised meat in any form - so not just directly at the supermarket, but via restaurants, fast food, processed forms, and so on. Let’s see if that makes an impact.

I use organic as a filter for what you describe as high-welfare,

In the UK, there are a variety of different definitions for, say, pork - outdoor bred, outdoor reared, free range, and organic. High welfare would cover all - to mean “not industrial farming”.

The challenge is that we can’t feed the planet that way. The answer, to me, is simple. We have too many people and need to stop breeding prolifically.

The challenge is that we can’t feed the planet that way.

The “western world” has an over reliance on big slabs of meat on its plate. Whereas, the countries with large populations, of relatively poor people, accept much more vegetarian in their diet often using meat more as a flavouring.

I accept that we do have too many people. And they want cars, fridges and trips on planes. This is not good for the environment, particularly when vast areas of rain forest which counteract that damage are been removed to increase the amount of land available for beef cattle.

As one example the current US healthcare system isn’t sustainable long term if the US government doesn’t step in more (ACA was only a first, but important, step). Either they will go a more European approach (with more government influence/input) or there will be significant impact on the financial system in the US. Drugs like aducanumab (as bad as it is) will break it.

The challenge is that we can’t feed the planet that way.

This argument is long debunked- there is with current technology enough food to feed about 10 billion people. There are other issues with the worldwide food system but not the amount of available food. Here is just one link with further references but there are many more 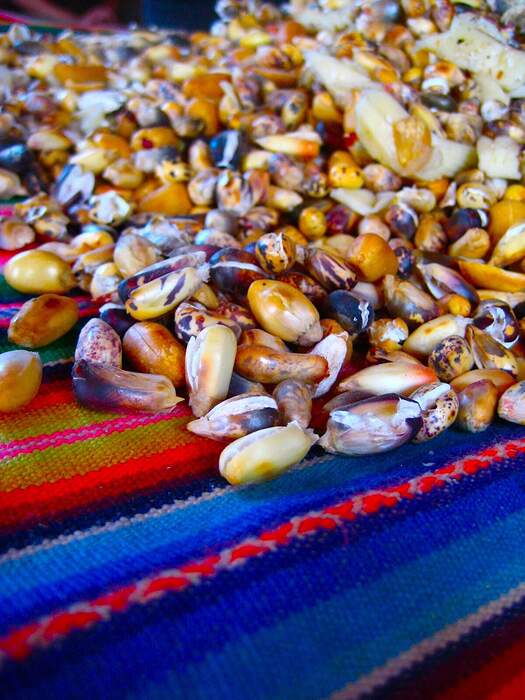