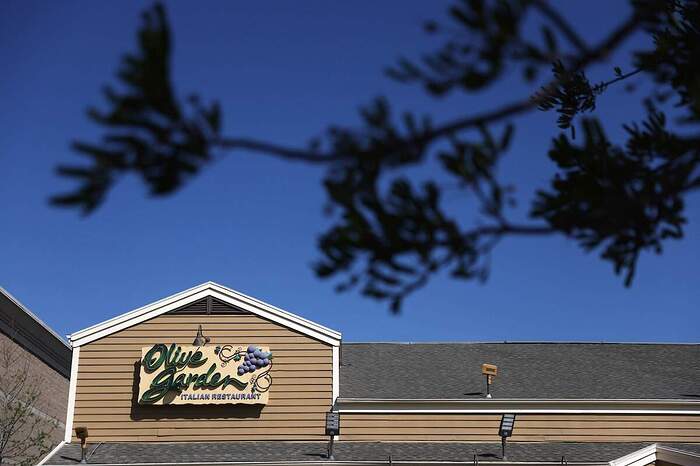 Big, sit-down restaurant brands win at the local level by offering dining experiences that appeal to the broadest audience possible. Familiarity is their secret sauce.

What’s going on where you live? Independents struggling/dying? And, what size town/where are you?

5,000 people. Northern California. Some business have gone under . The whole pandemic thing is forgotten. Little bit of influenza roaming around.

A lot of longtime restaurants and bakeries have been closing where I live in Canada.

The midsized city where I live is growing quickly, with lots of immigrants from South Asia and the Middle East, which has meant lots of new Middle Eastern bakeries, regional Indian restaurants and shawarma shops have opened. Lots of mainland Chinese restaurants have opened. These mom and pop shops are much more affordable than the chain family restaurants.

In terms of chains, I don’t eat at many full service chains. I have gotten takeout from one chain steakhouse twice in the past 3 years.

A new Burger King has opened, but it’s ridiculously slow.

The chain I visit most often is Mary Brown’s fried chicken. I get take-out every 5 or 6 weeks.

I live in Greater Manchester, in northwest England - a metro area of just under 3 million people.

The British restaurant industry has been hit by a triple whammy - Covid, Brexit and now the cost of living crisis, effecting energy prices immediately.

Nationally, we’ve seen chains close or scale back their operations with branch closures. Many independents are struggling, particularly the larger ones which were often dependent on non-British workers. Many of these returned home, to other European countries, at the start of the pandemic and have difficulties returning due to Brexit. For others, British workers have found other jobs which are better paying with fewer unsocial working hours. The smaller, family owned, places seem to be getting by, at least for now.

So, to answer the issue posed in the title, no, I don’t really see a growing chain dominance.

Our smaller establishments are having a really hard time finding staff since covid - both BOH and FOH.

Student town in the middle of nowhere. We have a lot of chains, which are all hugely popular: BK, McD’s, Wendy’s, CFA, Taco Bell, Cane’s, Big Dean’s Angry Chicken, Cracker Barrel, Hoss’s, Texas Roadhouse, Outback, Applebee’s, PF Chang’s… they all seem to be doing just fine judging from at least the drive-thru lines, but since I avoid chains I have no idea.

I prefer to support small local restaurants, which do exist.

I find that restaurant goers are sometimes polarized , and you can almost predict whether they’ll be chain enthusiasts vs indie enthusiasts based on whether they live in the burbs or downtown.

I mostly eat at chains when there are not indie options available.

Here in my part of the SF Bay Area, I’ve seen plenty of chain restaurant branches close, including McDonald’s and Starbucks.

Many of the Starbucks in downtown Toronto have closed over the past 2.5 years, at the same time as suburban Starbucks are opening 2 hours away in some midsized cities that are growing quickly.

I noticed that in one hipster neighborhood in Toronto a few days ago, that a take-out only Starbucks for online orders has opened up. It looked like they don’t take in person orders.

I used to have around 6 Starbucks, 3 Second Cups, 2 Tim Hortons, an Aroma Espresso and a dozen indie coffee shops within 1 mile of my apartment in Toronto. Most have closed. Most indie coffee shops close by 4 pm, whereas the Starbucks used to stay open until 10 pm.

I’ve been keeping canned Illy coffee in my fridge handy for my drives, when the coffee shops near me have closed.

Portland, Maine. Greater Portland is 250K+. Portland Proper is up to 65K iirc. We have all of the big chains here and they’re all having staffing problems due to rents. A Dunkin shut down in-town this year. The Dunkin my wife goes to out here has been all over the map trying to cope (& doing it badly IMO) – Lobby closed, now open, now closed, no walk-ups to drive thru window, no phone orders, only pre-orders thru the DD phone app, closing down at 4PM??? My wife watched a line of cars build up of all the commuters who’s day at the office/production ends at 4 hoping for a coffee on the drive home. I’m surprised that store remains open.
A Five Guys in town shutdown last year done in by the Pandemic. There’s 5 Starbucks in-town and they’re all doing OK.

The big chain fast casuals appear to be doing ok. They’re all mostly out by the Maine Mall in South Portland. The independents that have & can keep staff are doing OK too.

I notice a lot of chains closing where I am (Manhattan), rather than taking over. Starbucks, Dallas BBQ, Crab Du Jour - lots of shutters.

We have to be careful and delineate between chains and franchises.

Most, if not all, McDonald’s, Chik-Fil-A and KFC (for examples) are franchises.

In N Out and Starbucks are chains.

Which ones are we talking about as I see both types (chains and franchises) named in this thread, and the economic dynamics and realities for each type of business model are very different.

I see franchises as a type of chain.

Chains are franchises or corporately-owned by the mother corporation.

Some franchises are owned by other corporations (not the mother corporation) that own many locations, and maybe a few different brands. I know one fella who owns half a dozen A&Ws as well as a couple Original Joe’s (not the San Francisco one- a chain pub in Alberta and Saskatchewan that is franchised)

Some Tim Hortons are corporately owned by Tim Hortons, but most are franchises.

Some outfits inside hotels, distributing Starbucks coffee and treats, are not owned or run by Starbucks.

I know some McD’s are franchises, but I’m pretty sure some are corporately owned by McD’s.

I just noticed how old this article is. And that it’s talking about “big, sit-down restaurant brands” (i.e. not Starbucks).

I was musing recently about how few chains there are here in Berkeley, CA, population around 110,000+45,000 students. Two McDonalds, one Popeyes, a JitB. I can’t think of any fast-casual places like Applebees, Olive Garden, TGI Friday’s, Ruby Tuesday, Denny’s, etc. No big pizza chains like Dominos or Papa John. There might be a Starbucks downtown, but I’ve never noticed it.

I did not notice how old the article was. Thanks for noting that. I appreciate all the responses (and people are welcome to keep posting) but I did think the article was over-wrought and the end is not nigh.

Summing up the situation in the fourth largest city in the US is impossible for me to do without some research in official records, I guess. There is little coverage in the public media about local independents unless they’re considered significant and little coverage about chain restaurant operations.

My impression was, a couple of years ago, that large local operations - Pappas, Mandola, etc. - were contracting more than national. And there has also been some shift toward permanent take-out orientation replacing dining-in, but I don’t know how any of that’s going to shake out. I think it’s still too early to draw any conclusions. The restaurant industry is pretty volatile at all times, it seems.

As @Phoenikia suggested re: Toronto, as a big city that attracts a lot of immigrants, there’s always somebody wanting to get into the hospitality business, and we’ve also had a reputation for adventurous diners and eating out more than the average, so we attract a lot of investment from elsewhere. I have no idea whether there’s been a net loss or gain of dining options across the industry. A little over a half dozen years ago I was exploring Indonesian cuisine and could find only 2 places. One of them has disappeared but now I find more than 10 options on Yelp. And so it goes.

There’s a Starbucks at the corner of Oxford and Center, and one on Solano. There’s a Domino’s on Adeline in South Berkeley and there are a couple of Round Table Pizzas. Also several Peet’s outlets (yes, Peet’s started in Berkeley, but it’s a corporate-owned chain now), Subway, Togo’s. No sit-down chains like you find in the burbs, but a lot more fast food than there was 20 years ago. (Incidentally, the population’s currently around 120K, inclusive of Cal students who live in the city proper.)

Similar story in neighboring Oakland, population around 400K; several Starbucks and Peet’s outlets, fast food, but not fast-casual chains. In both cities, a bunch of independent restaurants have closed over the past couple of years, but a lot of new ones have opened, as well. Despite the challenges of the pandemic, inflation, and staffing shortages, we still have a thriving restaurant culture in the urban Bay Area.

Sadly, new restaurants have become few and far between but I think a large part of that is they open (possibly have to) with pricing that indicates a fully proven establishment. A moderate meal costing $100 or more without knowing if you will get a good meal becomes a substantial risk. Also at those prices most people cannot afford to go on a regular basis. The model / modern restaurant has to in essence subsidise the time without customers with the paying customers. At some point it just becomes untenable. The “modern” affordable restaurant is often the formerly affordable “joints” - upscale pizza, upscale burgers. Even Danny Meyers admits that his less expensive operations help subsidise his more traditional places.