Winter is coming (albeit it never really freezes here… then again, neither does HK… and hopefully no white walkers around the corner…) and with that a great time to have some clay pot rice!

This place has actually been around for a while, but it moved up the block from its older location due to a fire and with that a slight name change.

In either case, we went here twice this year. 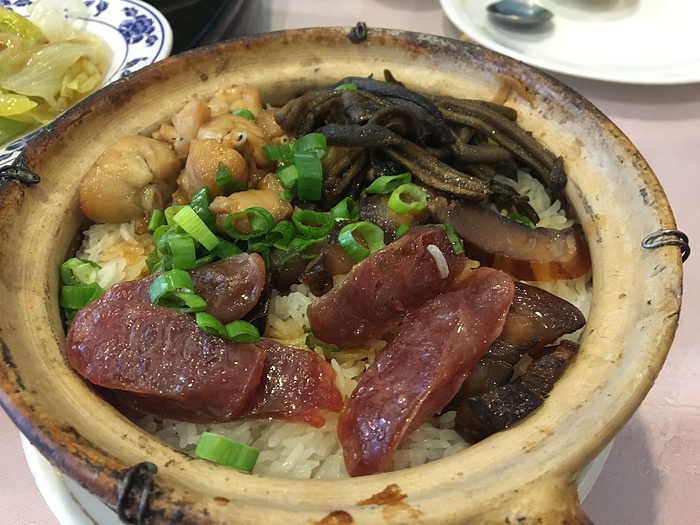 In late August, we got pretty much the house special clay pot. The yellow eel with frog and Chinese sausage (with the cured pork strips). The eels were pretty interesting with very thin cuts. There was no muddy notes associated with the eel and had a really nice texture. I’ve only had these eels here, so I cannot do a good comparison of the fish. If my googlefu is correct, the eels are from small rivers and ponds though I don’t think you can get them fresh in the US.

The Chinese sausage was great though I usually just prefer the aroma of the meat over actually eating them. The sausage and cured bacon gives that extra bit of fat that imo makes the crispy rice on the bottom of the clay pot especially delicious. The flavors were enough in just that single claypot; however, the soy sauce that is on the table helps gives it a little extra kick. There are jalapeños submerged in the dark soy sauce, but weren’t too spicy and provides a nice addition to the meal (great for the little crispy rice bits). 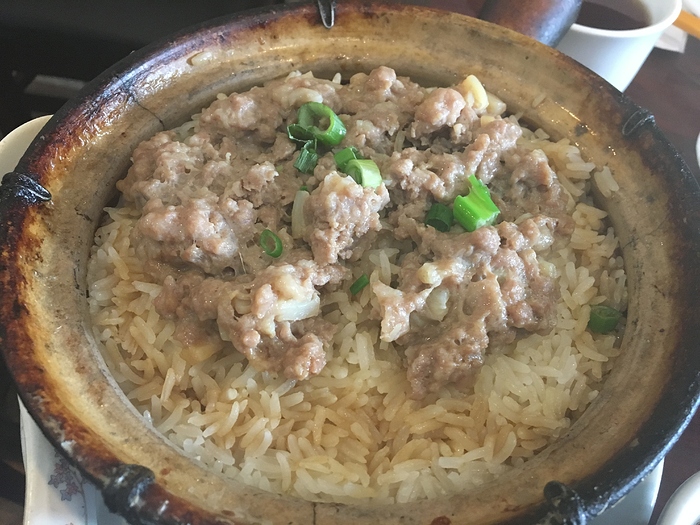 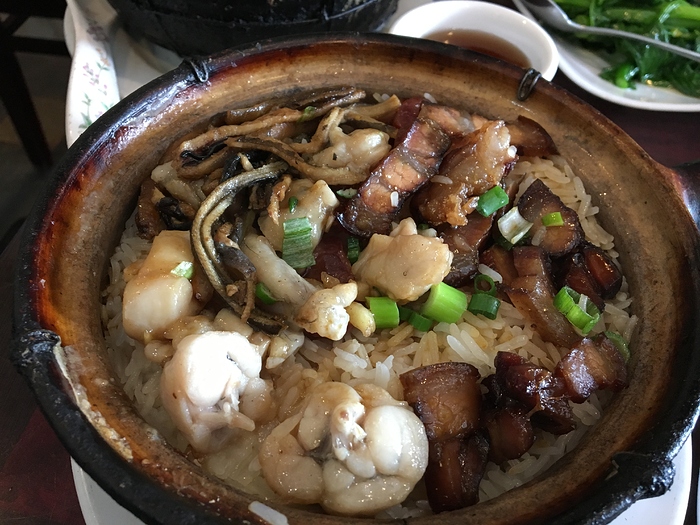 Grabbed the house special claypot again to see how consistent they were in achieving that crispy rice bottom. They indeed managed to get that nice crispy rice (fan jiu I guess?) at the bottom and that extra preserved meat fat just makes that extra delicious and adds extra insulation to our bodies for the winter. 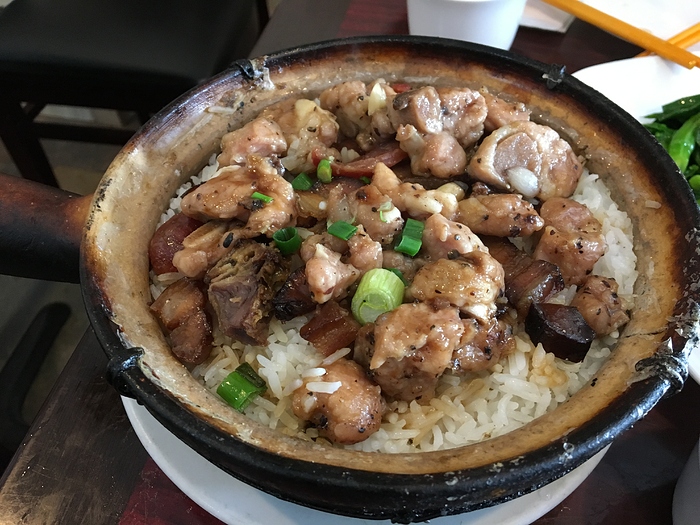 The last claypot we got was the sparkeibs, with preserved Chinese sausage, pork, and duck. The spare ribs were very peppery and a little bit different from the usual black bean spareribs. The preserved meats helped round out the flavors and the bottom was crispy as well.

In any case, meal is served with a bowl of soup with an extremely large ladle. Going with a nice veggie stirfry helps balance out the meal as well. Last year that I went, the rice at the bottom can be a little inconsistent, but I think its been rounded out this year. Other tables also ordered some nice looking steamed lotus-leaf rice. I’ve always been meaning to try those out, but… that crispy rice keeps drawing me back to the clay pots.

Winter is coming (albeit it never really freezes here… then again, neither does HK… and hopefully no white walkers around the corner…) and with that a great time to have some clay pot rice!

Well, late August in San Francisco can be as chilly as Hong Kong in the winter!

Its great to hear they have good socarrat, which is essential. What kind of soup? For drinking, or for drinking after dunking into the socarrat at the end?

Its great to hear they have good socarrat, which is essential. What kind of soup? For drinking, or for drinking after dunking into the socarrat at the end?

Usually some random house soup. I’ve had slow boiled dried veggies twice this year but I don’t know if that just happens to be the soup du jour on Saturday haha. It arrives in the beginning. I’ve never actually asked them to make the claypot into a congee/socarrat dunking mixture though.