The Case Against Home Cooking 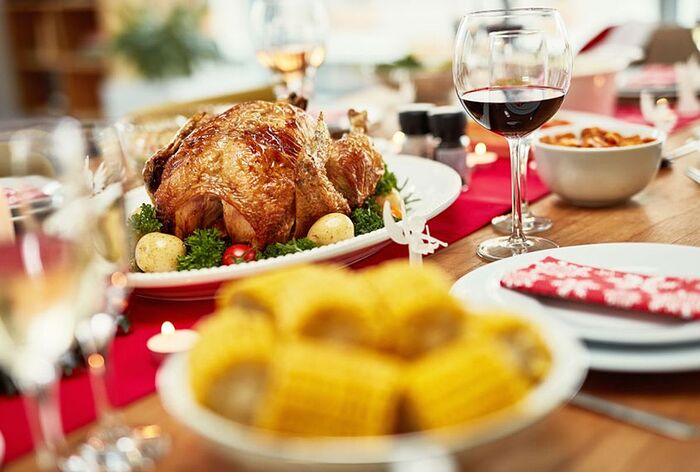 Please don't invite me over to dinner: The case against home-cooked meals

Home cooking plays a treasured role in African American culture, I know. But give me a restaurant meal any day

I didn’t like this guy or what he wrote, but I usually don’t have such a visceral reaction.
So, what are your thoughts about his dining ideas?
I’d be interested in whether I’m just getting grouchier or this guy is a jerk.

and has some serious issues he needs to work through.

“At restaurants, I can leave the dishes on the table when I’m done. If the food sucks I can send it back ten times, and I don’t have to worry about offending my companions because they didn’t cook it. I can also leave as soon as the bill has been paid — there’s no rule saying to sit and chill longer unless I want to.”

Reads like his home cooking experience with his own family played a key role in his perspective. What a shame he couldn’t move past it.

I’m wondering who at Salon gave this the green light to publish?
Jeez…

The guy is anti-social. Traumatised in his childhood for sure.

Though, one thing get me thinking, what if I invite someone over, and he or she is a pro or someone with a very refined palette and starts criticising my cooking, maybe in an honest way. Should I be upset? I don’t know honestly!

But the way the guy did in the article, I would throw him out of the house.

A well adjusted pro would never comment and only reluctantly -and typically technique driven comments - if you ask for feedback multiple times.

He has no conception of hospitality or manners. He seems insecure in the way that manifests in becoming the biggest ass in the room. The entire article just puts his family and friends down.

Have you ever went over a friend’s house to eat
And the food just ain’t no good?
I mean the macaroni’s soggy, the peas are mushed
And the chicken tastes like wood
So you try to play it off like you think you can
By saying that you’re full
And then your friend says, “mama, he’s just being polite
He ain’t finished, uh-uh, that’s bull!”

So your heart starts pumpin’ and you think of a lie
And you say that you already ate
And your friend says “man, there’s plenty of food”
So you pile some more on your plate
While the stinky food’s steamin’, your mind starts to dreamin’
Of the moment that it’s time to leave
And then you look at your plate and your chicken’s slowly rottin’
Into something that looks like cheese

Oh so you say “that’s it, I gotta leave this place
I don’t care what these people think
I’m just sittin’ here makin’ myself nauseous
With this ugly food that stinks”
So you bust out the door while it’s still closed
Still sick from the food you ate
And then you run to the store for quick relief
From a bottle of Kaopectate
And then you call your friend two weeks later
To see how he has been
And he says, “I understand about the food
Baby Bubba, but we’re still friends”

With a hip hop the hippie to the hippie
The hip hip a hop, a you don’t stop the rockin’
To the bang bang boogie
Say up jump the boogie to the rhythm of the boogie the beat

Has anyone seen the Seinfeld mutton episode?

I really don’t think this guy is being a jerk. He is a writer and has to write articles people want to read. With no traffic he has no job so I’m sure he is exaggerating a bit.

When up close and personal, bad food can be just even more awful. I remember eating at my best friend’s house and his mom hands me a cheese burger. It is this dried out weird frozen patty with a super weird texture, taste and served on a thawed out bun. All of this can work in harmony but this had all the wrong things in each category that made it horrid. To top it off, it had some liquid yellow oil on top of the patty (ie fake cheese.) She sees me take a bite and the look on my face stunned her. She was like “what’s the matter?” I quickly said, I have acid reflux and it just kicked in.

You apparently get what the writer is jabbing at.

Ain’t about etiquette and politeness. It’s about suffering through the inevitable f*d up meals, the no fun mandatory get togethers, that we all must endure for friendship, family, work, etc.

Hell, I make enough dough to pay for my own food. To schedule my own time when purchasing said food. But sometimes, you just have to give your homie some cred by oohing ang ahhing over some greasy ass chicken melting thru a styro plate. Hennessey in a flute? Probably VS, oh the horror.

I may be wrong, but I read that the author is having a bit of fun. Won’t be the first, or last time (that I been wrong).

I have more stories but I won’t bore you guys. Let’s just say I know exactly where this guy is coming from. It is a bad situation to be in. When something is so bad that you don’t even want to chew it…

I have more stories but I won’t bore you guys. Let’s just say I know exactly where this guy is coming from.

I got a friend that I love like a sister. She loves to entertain, and her parties and dinners are always filled with warm friends having a great time chatting and socializing. Booze and wine flow like water, which never hampers the festivities.

One tiny fly in the soup. Her cooking ain’t that great. I mean, she takes The Joy of Cooking out when she needs to make Caesar Salad. Huh?!?!? I’m not a particularly picky eater. But let’s just say that I enjoy her parties for the camaraderie.

And she always puts out a killer charcuterie board, and she never forgets that I like Manchego.

All said, we usually have a good time. Oh, did I mention lots of booze??

My take away is this has very little to do with food.
He is rejecting the cultural norms of the family and group he grew up with and sees himself as “better than” - he certainly does not want to be identified as part of or similar to said group in any way. An easy start is to unilaterally reject the food since it’s so intertwined with culture and socializing.

And yeah, he needs some serious therapy to work through these issues as well as his mom baggage. What he doesn’t need is a published column, even if it is a rando website.

I don’t think he is putting his family, enthnicty/race/beliefs down. He is just a guy who likes food and he is speaking his belief on what he likes for his taste buds. With all due respect, he likes what tastes good to him. I respect that.

I went to my cousin’s wedding not long ago, and it was a nightmare in my eyes. It was a freaking disaster to me. I left in the middle of “nowhere” in MA and I was driving to find somewhere to eat…to no avail.

I am always respectful but sometimes food does not always agree with you. It is his opinion and sometimes things do not always go well

This guy is a dick.

I’m wondering who at Salon gave this the green light to publish?

The author said near the end " “People pay me to write,…” Yeah, they shouldn’t do that. Because what he writes isn’t worth the read.