The Anchovy Bar is the newest restaurant from chefs Stuart Brioza and Nicole Krasinski, who also run State Bird Provisions and The Progress, both of which are right around the corner on Fillmore Street. It’s a small restaurant in the former Fat Angel space that opened last fall.

I had dinner here at the bar area. The menu is composed of mostly small to medium sized plates with a heavy emphasis on seafood.

Started with some oysters.
Oyster Bar Mixed Six, one of each oyster ($20)
Clockwise from left: Sweetwater, Salazar, Capital, Summerstone, Effingham, West Passage. Very good oysters, shucked well. I think my favorite this time was the meaty Capital one. I’m glad they didn’t put kimchi or some other fermented vegetable on them like at State Bird Provisions 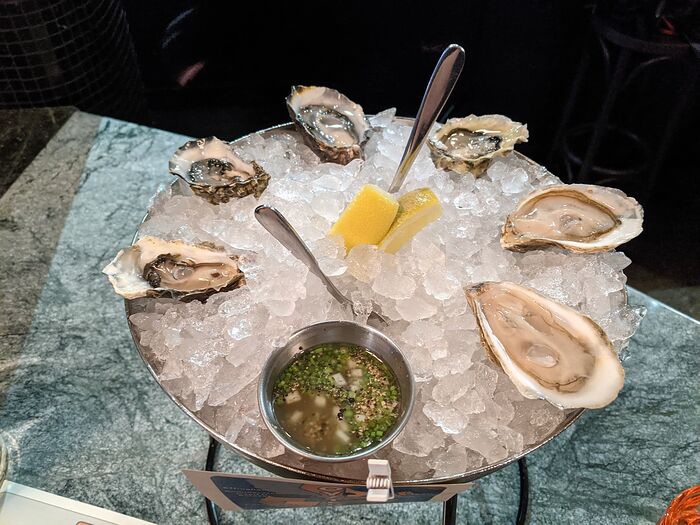 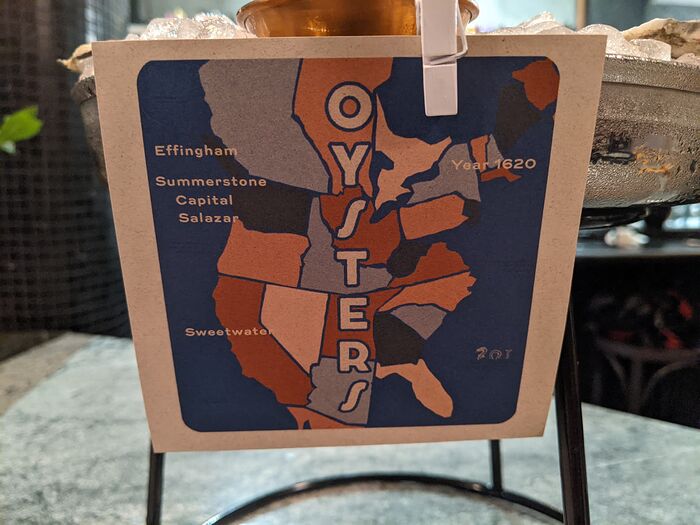 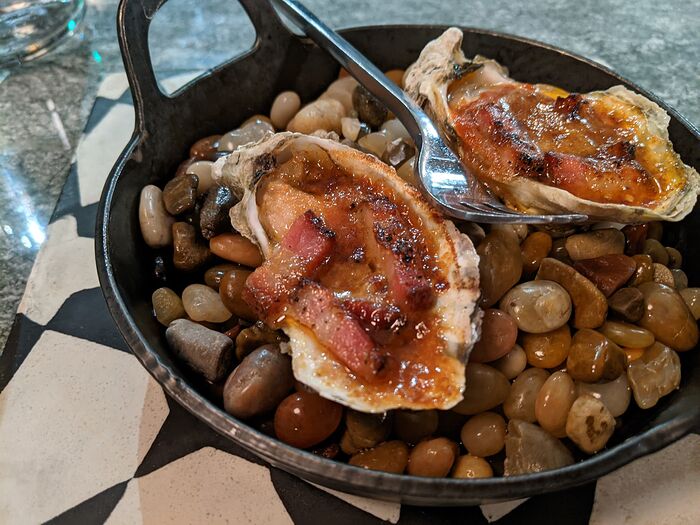 Have to have some anchovies when eating at a place called The Anchovy Bar. Had the
Anchovy Bar Mixed Two ($20)
served with toasted ciabatta, cucumber, crème fraîche, seasoned tomato & radishes
They had two types of Spanish anchovies on offer and this one comes with a mix of both. The ones on the top were Anchoas Don Bocarte and were described as being aged 9 months and having a nuttier taste. The ones on the bottom are Anxoves Callol i Serrats, aged less at 3-6 months and described as more of a classic tasting “pizza anchovy”. I admit that I had a bit of difficulty telling the difference but both were pretty great. I made little crostinis by spooning some of the anchovy oil on a toast, putting some of the tomato sauce on them, and then the other condiments and an anchovy filet. 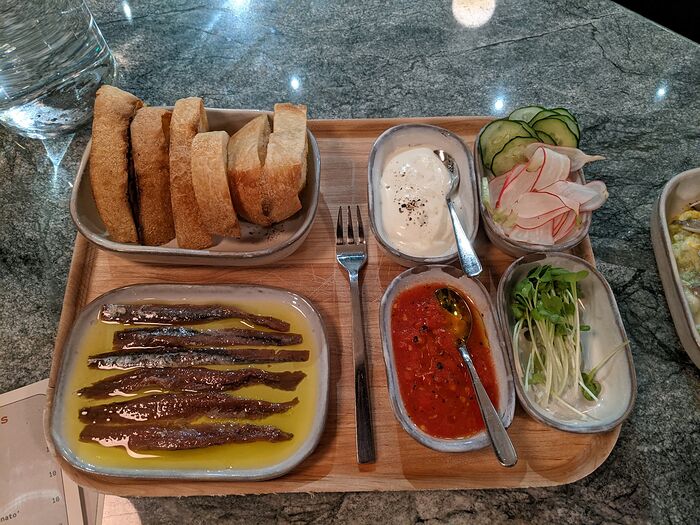 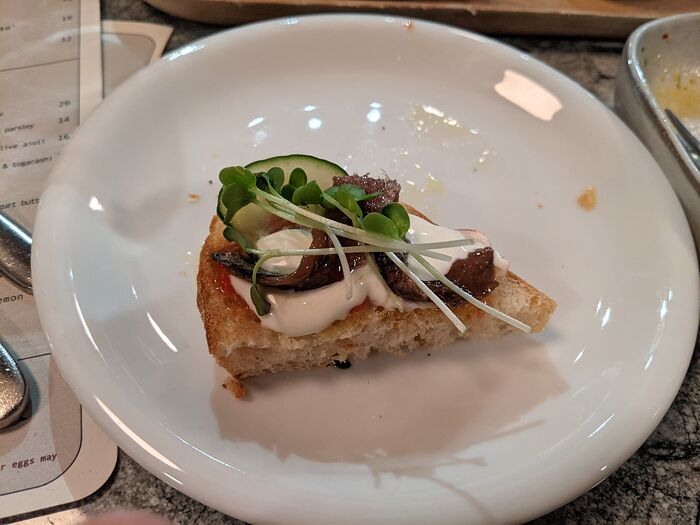 And then some more anchovies. A small order of
Local ‘Boquerones’ ($10 for a small order)
These are locally caught anchovies, marinated in lime juice and mint and some other herbs for 3 days, and then another 4 days in oil if I remember correctly? Great! Usually boquerones are marinated in vinegar I believe and the lime juice gave it a little bit of a different taste. Fresh and bright tasting and meaty. The boquerones were served on a cool mix of grated cucumber and crème fraîche. 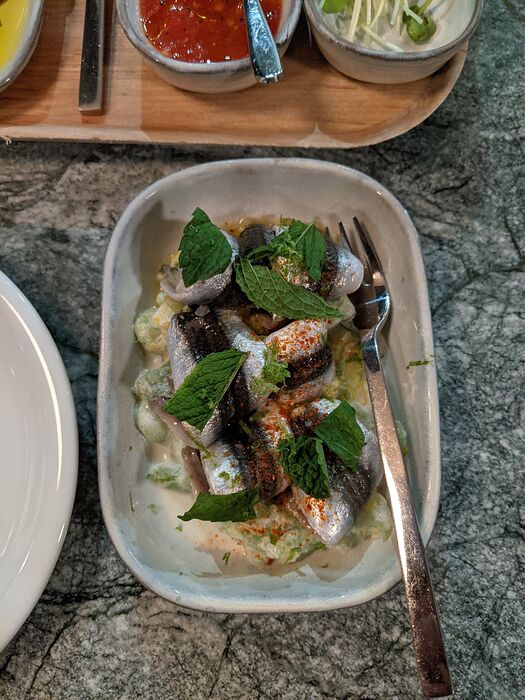 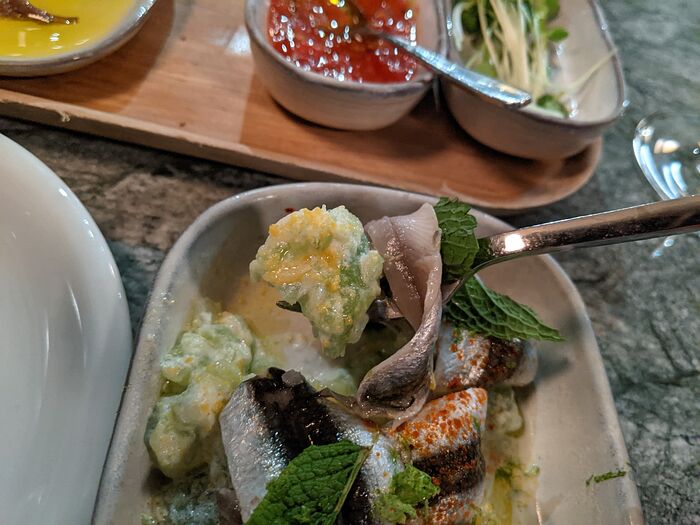 Then for a “main” of sorts I had the
Smoked Wild King Salmon Toast ($19)
pickled ramp & yogurt butter
This came with two toasts. It was a bit like a smoked salmon bagel I guess. With the yogurt butter filling in for the cream cheese. It was also sprinkled with some “everything bagel” topping. And also some little slices of apricot which seemed a little incongruous but gave it a little sweetness. Pretty good. The cold-smoked salmon was quite nice. 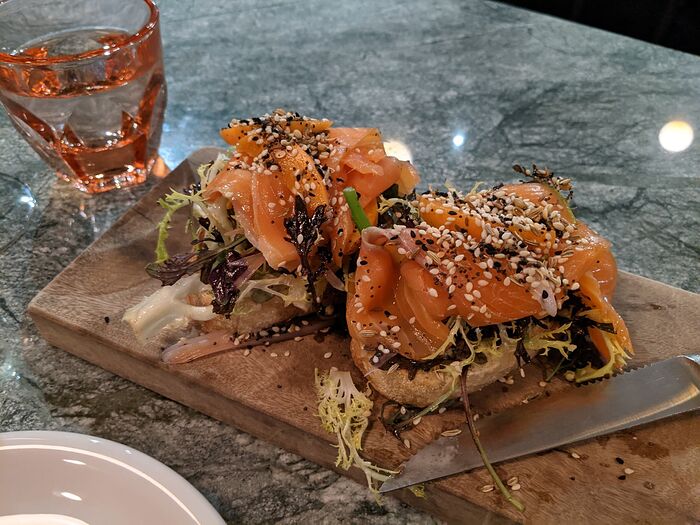 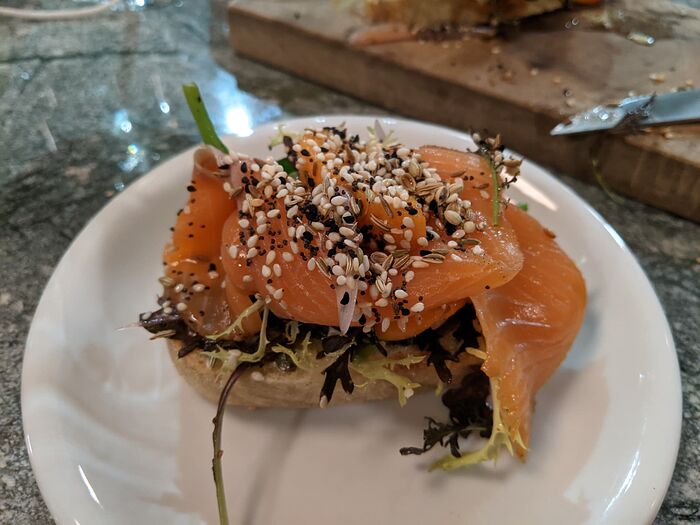 Finally for dessert,
Blueberry & Basil Semifreddo ($12)
burnt meringue, candied almonds & apple balsamic
A three layer semifreddo. The bottom layer was a sweet blueberry sauce. I think this is where the basil was? Topped with the semifreddo with candied almonds, which tasted a bit like a toasted almond ice cream. And then finally the top layer of “burnt” meringue, which tasted like the top of a good lemon meringue pie and had a drizzle of the apple balsamic sauce. The meringue had a nice sticky fluffy texture. A delicious dessert to end the meal with. 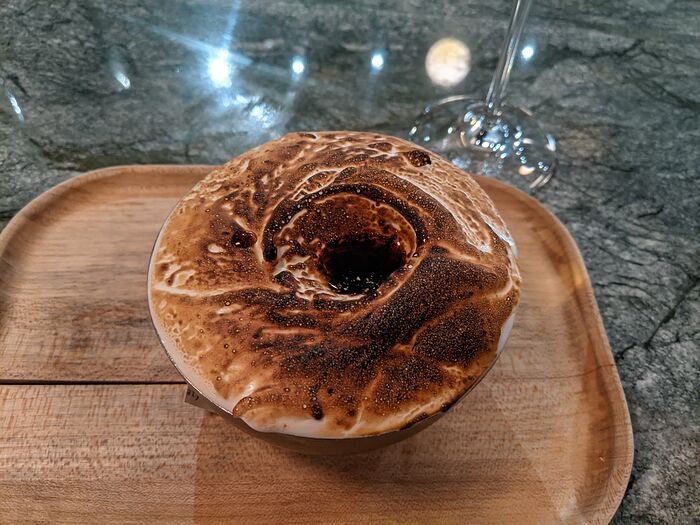 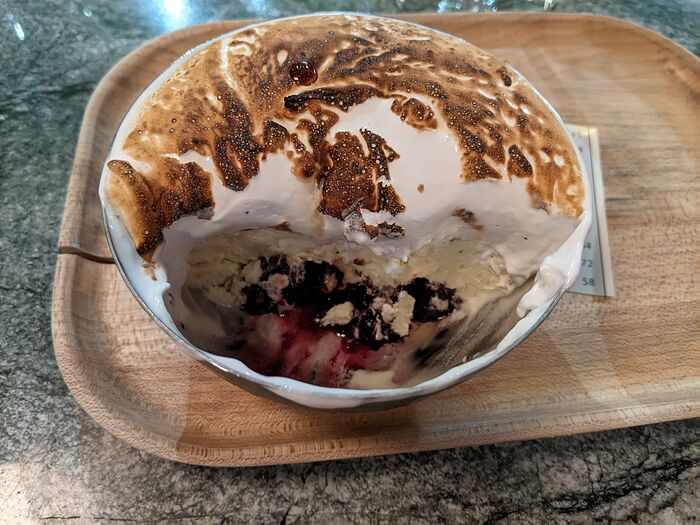 A very enjoyable dinner with friendly and enthusiastic service. 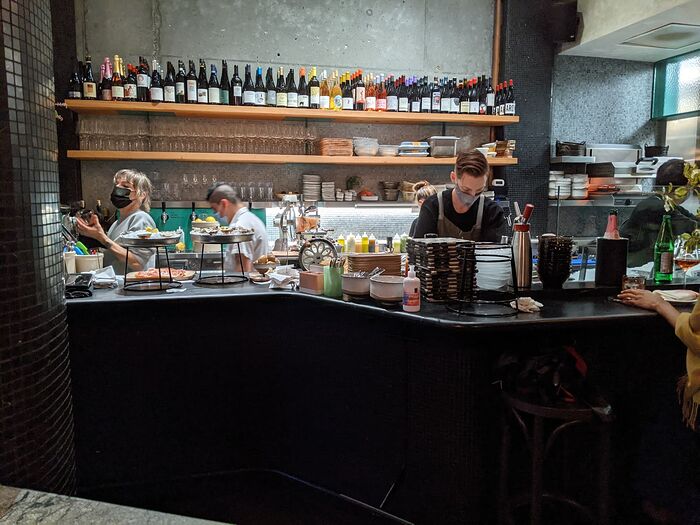 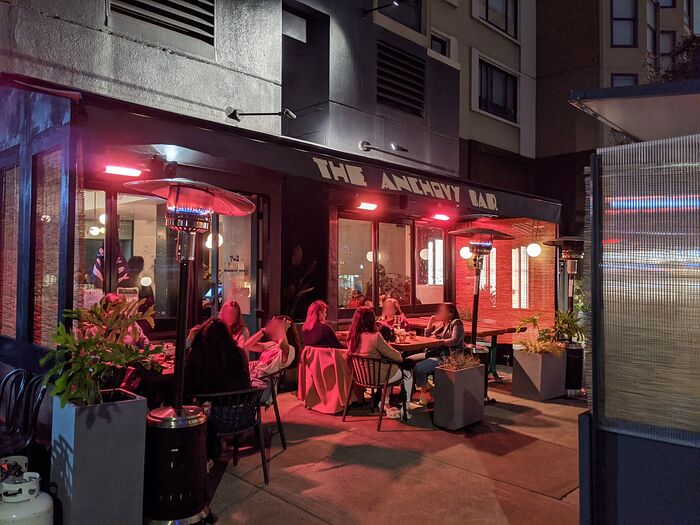 i’ve been dying to try this place, looks fantastic. I’m glad to see they have an outdoor area because I’m not feeling good about dining inside again, yet. Thanks for the report and great pics.