Am contemplating making this chocolate and caramel tart but am hesitant due to the lack of a “cook to X degrees on a candy thermometer” instruction (couldn’t find it in the comments, either). 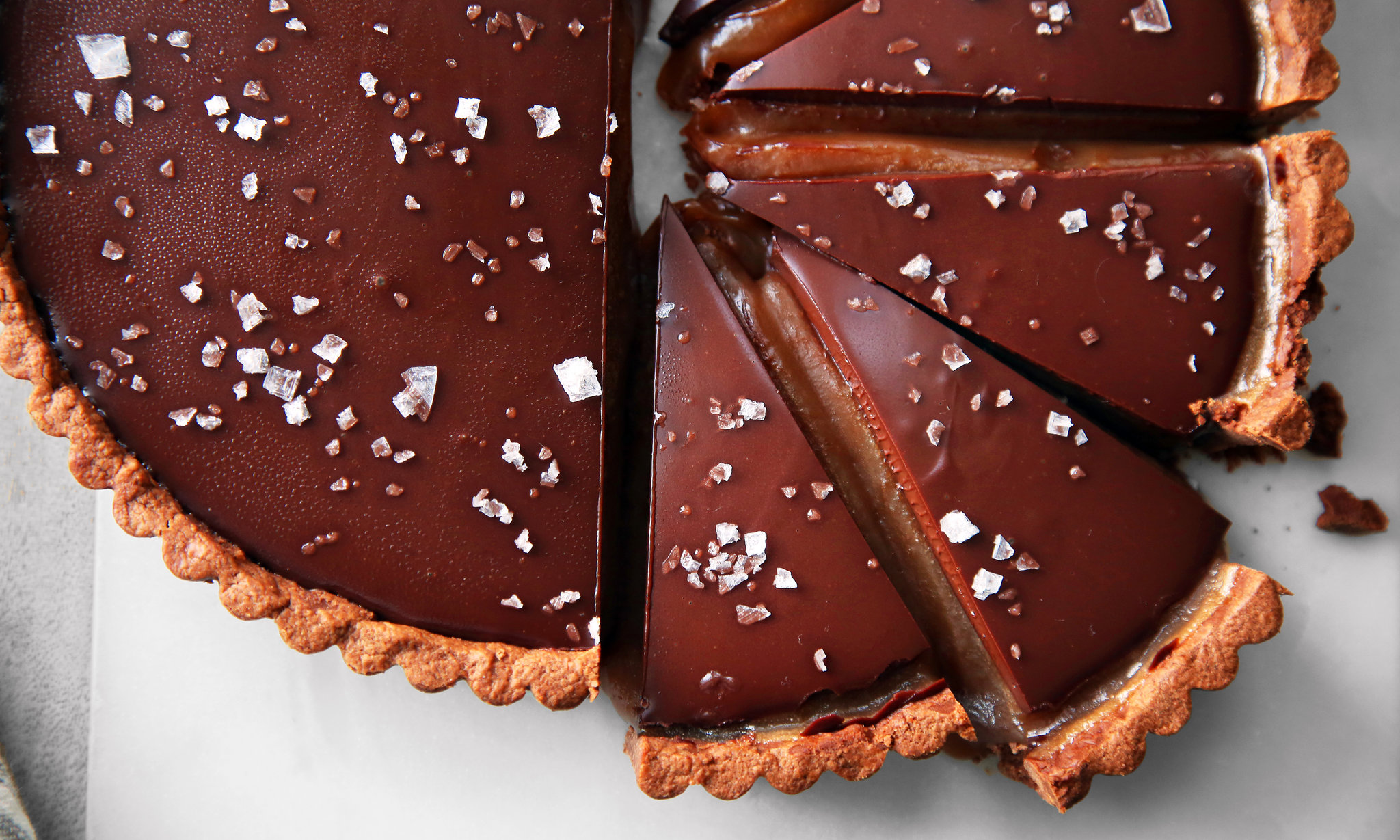 It is hard to believe in this day and age – when salted caramel ice cream is almost as ubiquitous as vanilla – that desserts in which salt plays a starring role was once a newfangled concept This recipe, an adaptation of one attributed to the pastry...

Because you need to whip in the cream, butter etc instantly when you see the right colour. When caramel is removed from heat you have no time to lose as it will become hard very quickly.

Unfortunately, I have sight issues, so “the right color” can be difficult for me to discern (I tend to cook by scent at this point, but I have not made caramel so am uncertain what scent I am shooting for); was hoping there was a temperature I should be striving for that would tell me, “Now is when it needs the other stuff added.”

I’d say you’re looking for around 235-240. Its a little personal preference though - lower/lighter will be sweeter while higher/darker will be more … bitter ( not sure that is the right adj).

Yes, “bitter” seems like an appropriate adjective. Thanks for the temperature range - it’s much appreciated!

Good luck. I like my caramel at what I would guess is around 275 but honestly color is a pretty good indicator. If it is your first time erring on a little lighter is “safer” …. The temp will also affect how firm the final caramel will be. For a chewy candy you might take it up to 320 but I think that is way to firm for a tart layer. (That can also be adjusted by how much butter and cream is added of course)

There are actually two different temperatures at play here. When you caramelize the sugar in the first step, with just a bit of water and corn syrup added, you will need to get it up to around 320 just for the sugar to melt and then up to 350-360 to achieve a medium amber color. At this point it would harden to a crisp if you poured it out and allowed it to cool, but you’re not going to do that - you’re going to add cream and butter to create a soft caramel filling. It’s the temperature to which you cook it AFTER adding the cream and butter that determines the texture.

Since this recipe doesn’t call for any further cooking after adding the cream and butter, it’s likely that the recipe testers found that the addition of those ingredients brought the temperature down to an appropriately soft stage for a tart. 234-240 is considered the “soft ball” stage, and IMO the lower end of that is just about right for a tart - it will be firm enough to hold its shape when cut, but it will be easy to cut through with a fork and won’t require excessive chewing. I would take the temperature of the mixture after adding the cream and butter and see where you are, and then cook it further only if necessary.

ETA: here’s a link with the different temperatures, both for candy and caramelization of sugar: https://www.craftybaking.com/howto/candy-sugar-syrup-temperature-chart