Kenya does not seem to have a strong food culture, but we ate well in the eco-lodges we stayed at on our trip. We had a day on either end in Nairobi, and the best meals we had were lunches at Talisman, in the posh suburb of Karen. The food was quite good, the setting pleasant, the service friendly, and the prices reasonable. If this place were transported to one of my cities, I’d be a regular. 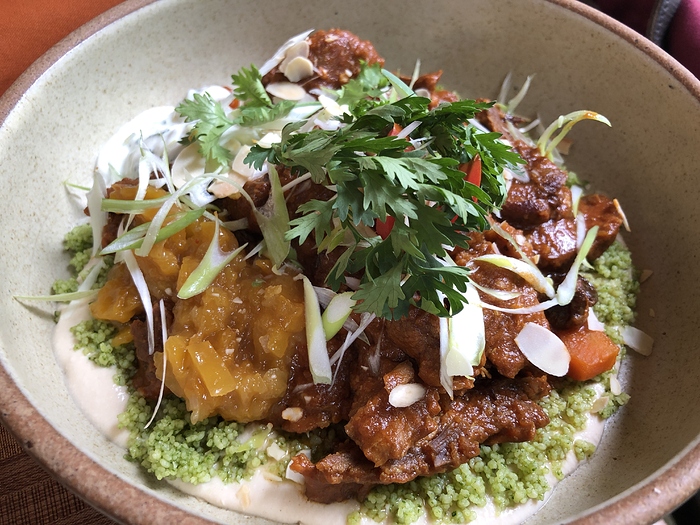 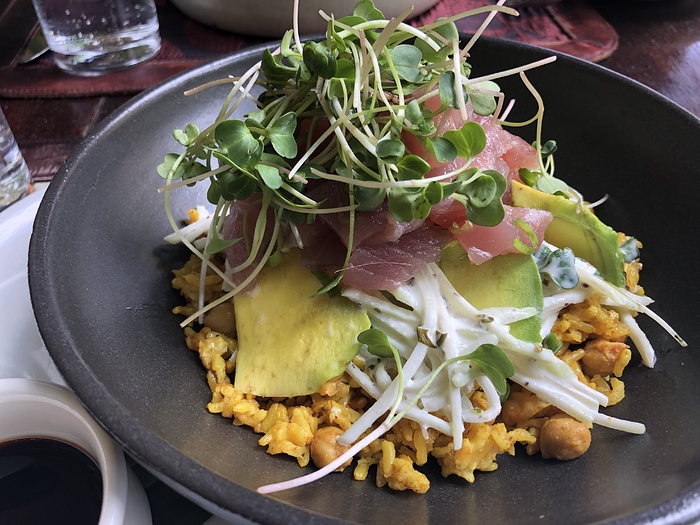 These mains were a filling lunch without appetizers or dessert, though the choices there looked good as well. 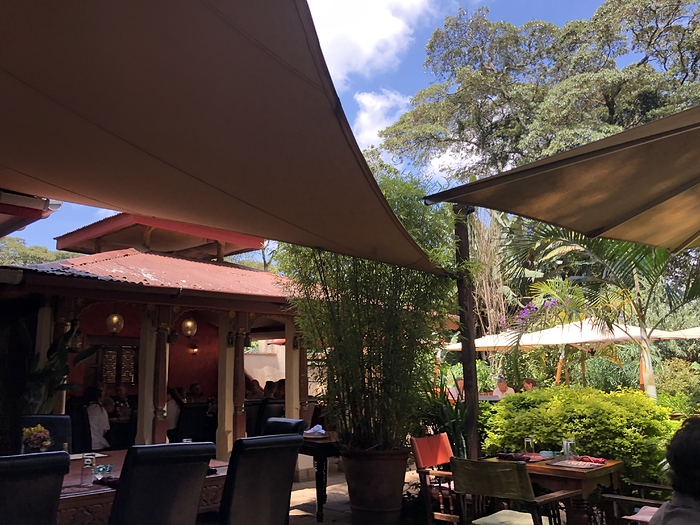 Did you enjoy any distinctly African meals on your travels? Or, when you suggest Kenya doesn’t have a strong food culture, do i infer that much of the food is “international”?

This is the kind of thing I turned up with the little research I did. I don’t know if it’s representative, but it’s hardly encouraging. 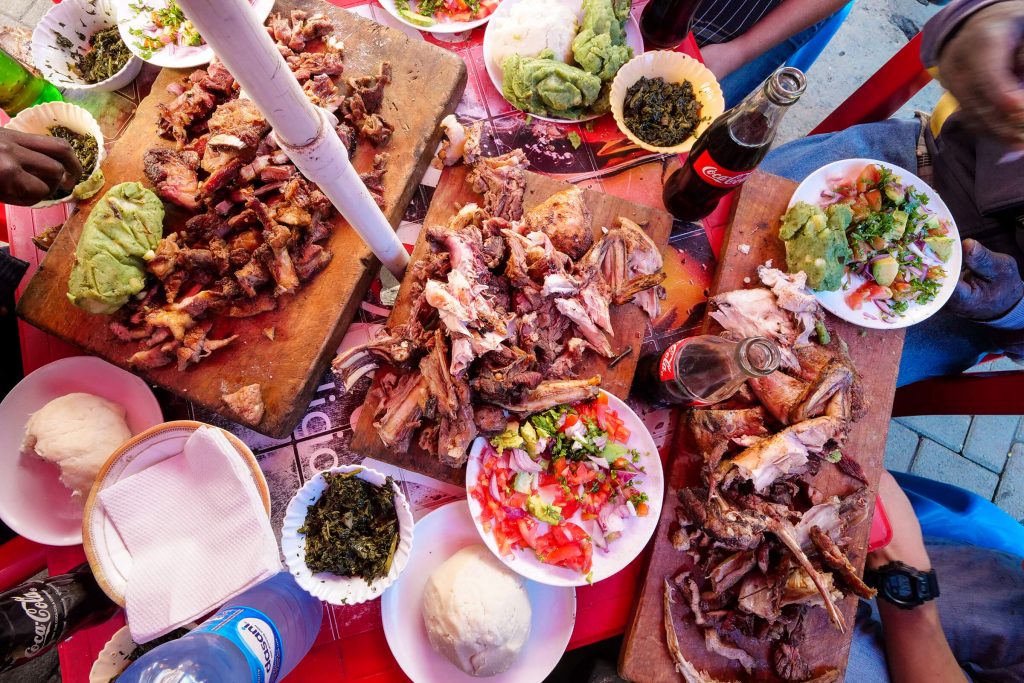 20 of the best Kenyan food dishes to eat! Grab a chunk of ugali, get a kilo of roasted goat, and sip on Tusker!

There’s a strong Indian influence on the food. But, apart from three meals on our own in Nairobi (a city that it is very hard to get around in), everything else we had was set meals or buffets aimed at foreign tourists, so I can’t say I had anything “distinctly African”. At best there may have been a few dishes in the dinner buffet at the larger lodge we stayed at in Amboseli National Park that were more typical.

(The third meal at Nairobi was at Spur, a South-African-based “American” steakhouse located in our hotel. The food was okay, and the decor was… seriously retro and stereotypical, to the point of being offensive.)

Your experience is similar to our two trips to South Africa. Food in the game lodges was completely geared to what was assumed, probably correctly, to be the tastes of international tourists. Even in restaurants more geared to a South African customer base, it was clearly geared towards the tastes of white people - which seems to rely heavily on North European and, in particular, British food which, I suppose represents the heritage of many. But we reckoned, there was probably more culinary diversity here in northwest England than in SA.

I had resigned myself to “food as fuel” for the trip, but I was pleasantly surprised. We stayed in a series of eco-lodges run by a wildlife trust, with staff that outnumbered our group of eight, and the resident chef would prepare the food that we brought (or, rather, that our tour operator brought in a separate vehicle, since they have a longstanding relationship with the trust). Yes, the food was “international”, but quite well done – excellent soups, lots of fresh vegetables and fruits, even freshly-made ice cream! The larger Amboseli lodge had a more mundane buffet, but even there, the mains rotated, and they clearly had a chef trained in Indian cuisine. It wasn’t what I would call authentic (Madras beef curry?) but there was a real effort.