Fireworks Char Koay Teow is a popular fried rice noodle stall manned by a sprightly 84-year-old hawker-chef, Loh Hua Soon, who’s been at this spot since 1972 - 47 years of frying koay teow, the flat rice noodles much favoured by the Teochew/Chiuchow/Chaozhou Chinese. Imagine, if Mr Loh fries this one dish over and over again: 300 plates a night x 300 days a year (conservative estimate) x 47 years = 4.32 million plates of char koay teow in his career so far! 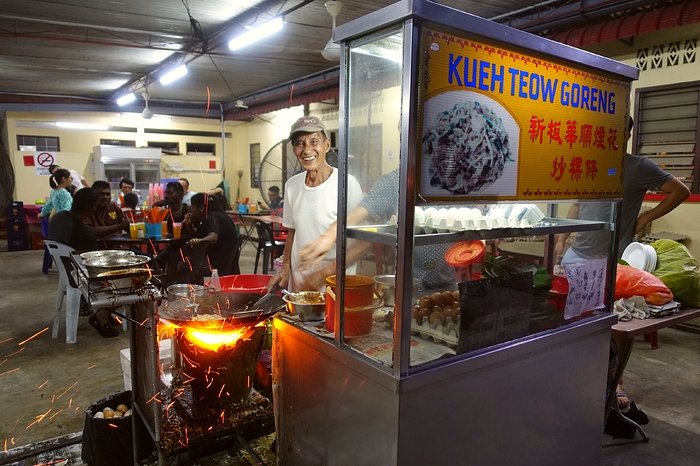 Mr Loh fries his char koay teow over charcoal fire, controlling the flame with his own makeshift rotary fan which caused the sparks that earned his stall the nickname Fireworks Char Koay Teow. His skill and dexterity as he churns out a plate of char koay teow is quite mesmerising to watch. 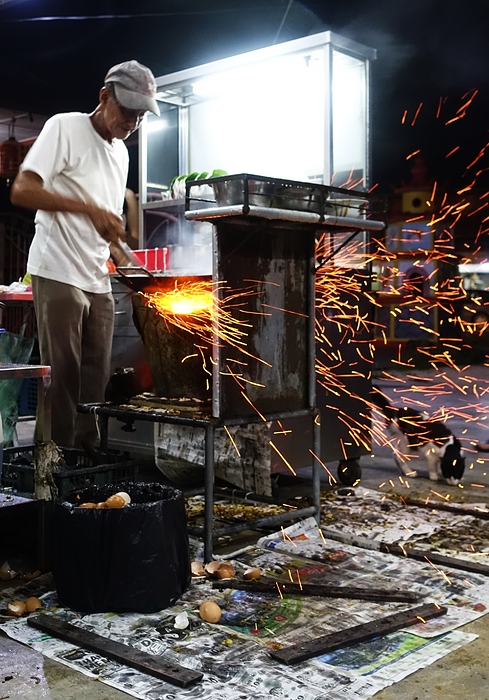 His stall only opens after 7.30pm each evening, but he operates till close to midnight! There’ll be a 30-minute wait for your order as customers stream in from as far away as Ipoh and Penang, both about 80km (50 miles) away. Mr Loh stir-fries his noodles with lard, throwing in garlic, beansprouts, cockles and shrimps, then his own secret blend of seasoning: light soysauce, fish sauce, chilli paste, etc. He’ll crack a duck’s egg into each individual portion of the fried noodles. The duck’s egg gives a richer flavour to the dish than a hen’s egg would. 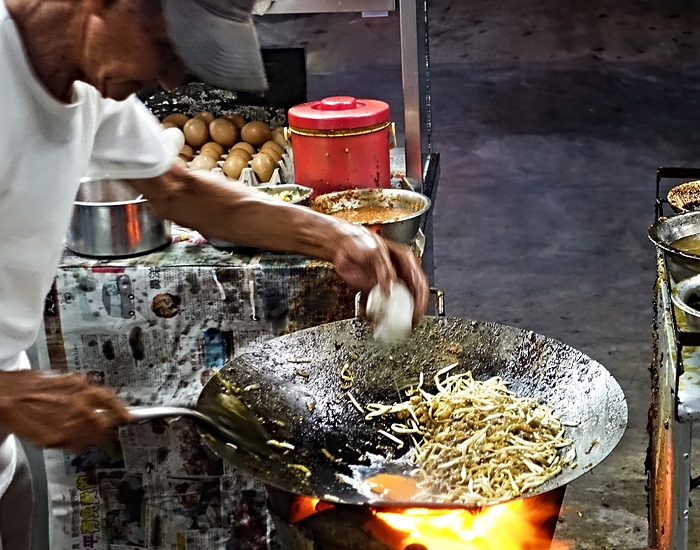 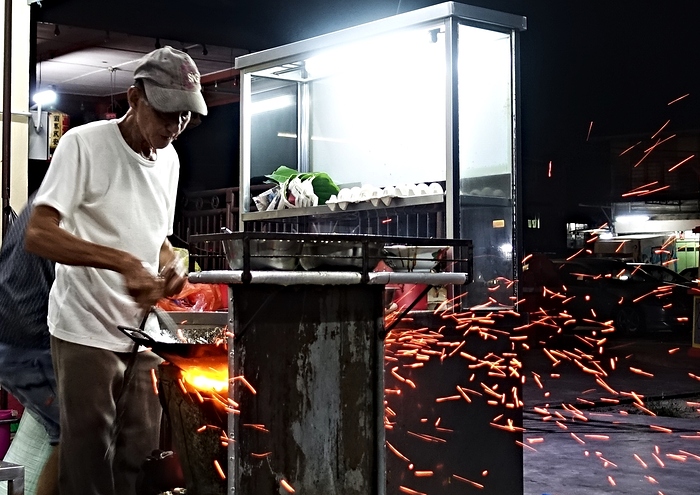 His rendition of the char koay teow is wetter and greasier than the Penang ones which I prefer. But for a true taste of Taiping char koay teow, don’t miss this spot. 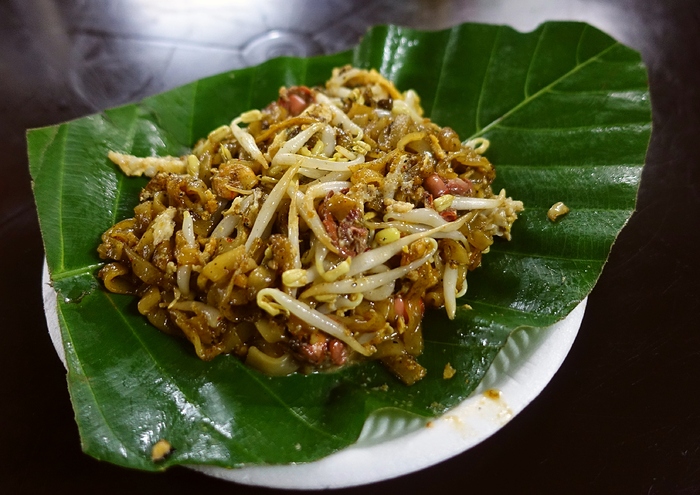 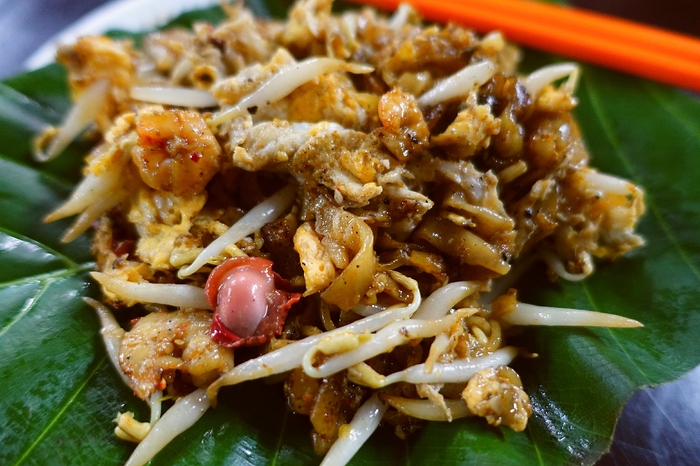 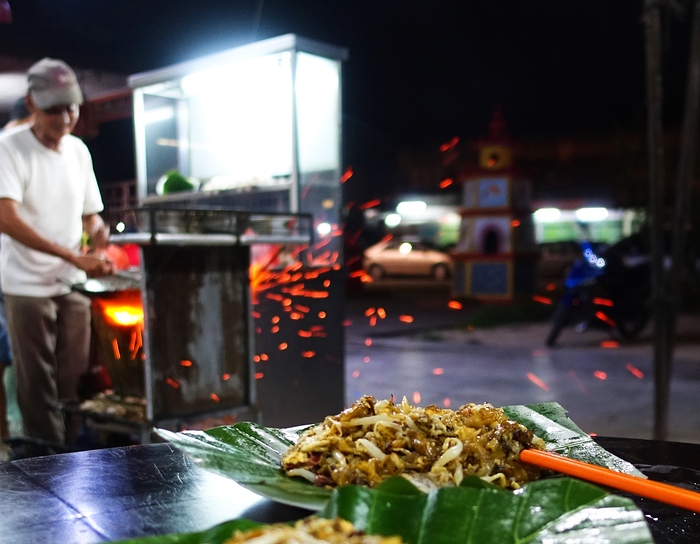 He looks terrific at 84!
And the Char Koay Teow dish is a thing of beauty.

Your arithmetic propels a powerful recommendation.

He looks terrific at 84!

Heard he loves spending his off-days at the local casino! Work hard, play hard keeps one young, I guess.