In Australia, a “White Christmas” often refers to the white sands and blinding sunlight at Christmas time, as most Aussies would spend their Christmas holidays on the beach, soaking up the sun.

One of the most popular places to be when in Sydney has to be Bondi Beach, probably one of the most iconic beaches in the world. We were there last Friday, at the beginning of our long Christmas break. 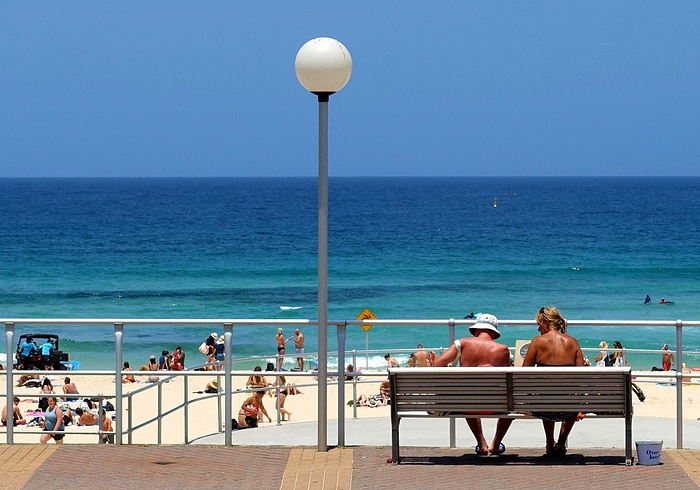 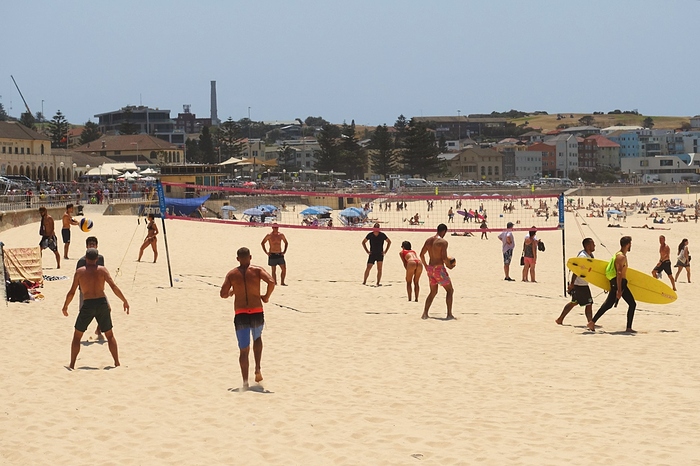 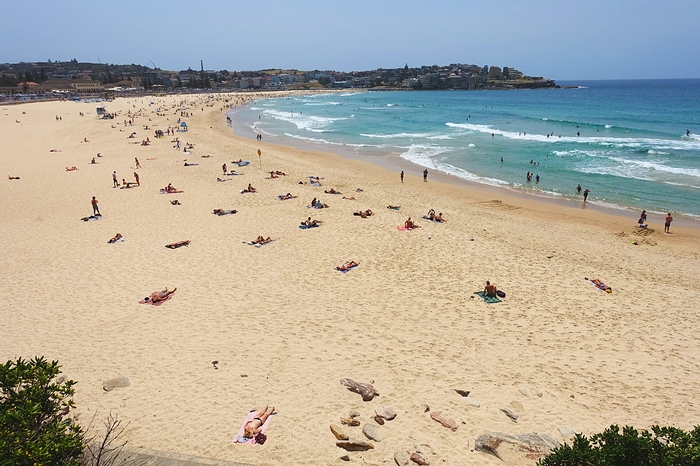 Despite being a mecca for thousands of sun-worshippers and surfers the whole year round, Bondi is, surprisingly, not exactly known for its culinary offerings. Most eating places resembled casual beach-side bars and cafes.

But amongst these, you will find Andy Ruwald’s photogenic The Bucket List, located at one end of the historic Bondi Pavilion. The Bucket List was initially conceptualised as a pop-up in 2012 as it didn’t have a lease to the site (formerly occupied by Nick’s Seafood) yet, so one basically sat on milk crates whilst enjoying a beer and some fish-and-chips whilst facing the beach. However, all that changed when they finally got the lease in Dec 2012 and, in the past 7 years, have kept on drawing in the crowds.

Today, The Bucket List has around 110 staff, its kitchen headed by head chef Tom Walton, ex-Bistro Moncur, a mini-celebrity of sorts with his own Instagram following. With its wide, expansive windows affording a panoramic view over Bondi Beach, Bucket List seemed made for the place, and had been a fixture there forever. 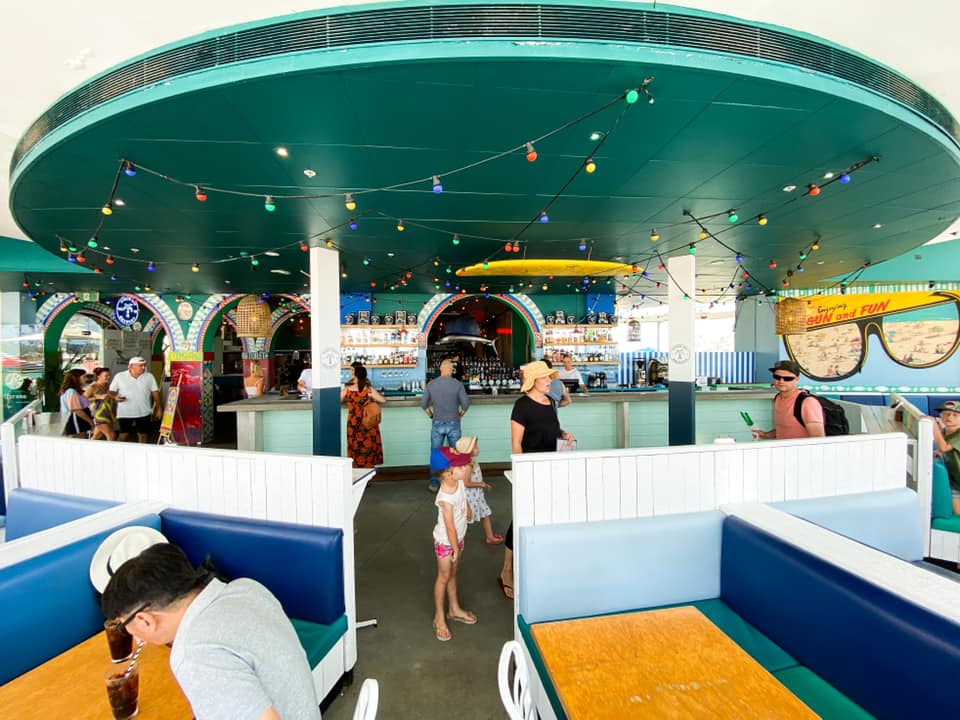 I’m beginning to understand why you don’t really need “good” food to survive as an eatery at Bondi - with the warm December sunshine lighting up the whole place, the cool ocean breezes wafting in, and the beautiful views of the azure blue sea & golden beaches, it’s an immense pleasure just to be there, no matter what they feed you. 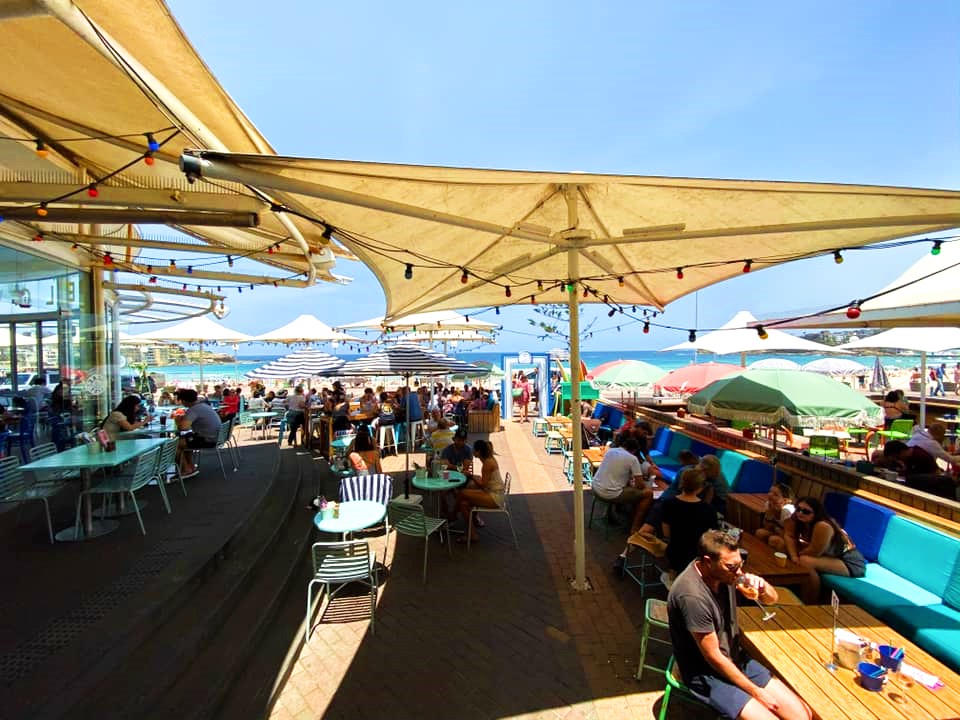 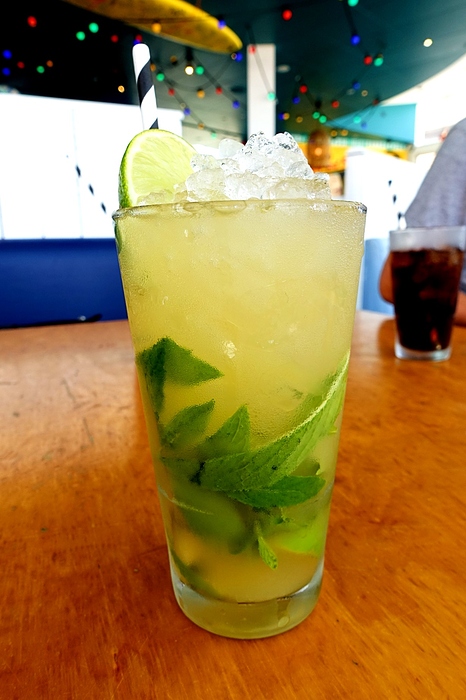 We started off with some fresh Cos lettuce salad with cherry tomatoes, shaved radish, crabmeat and dill 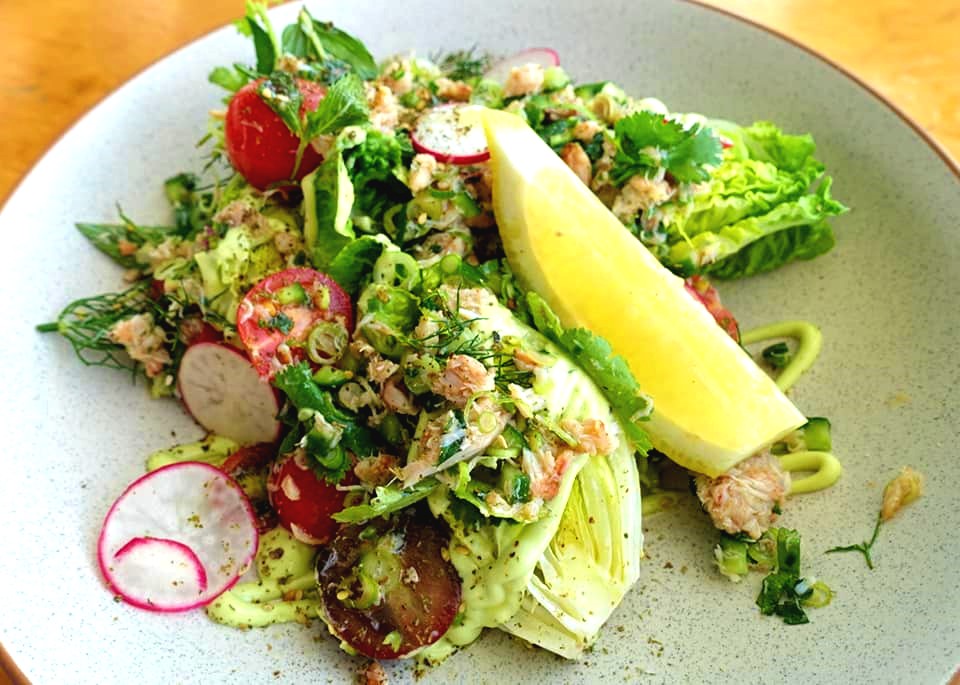 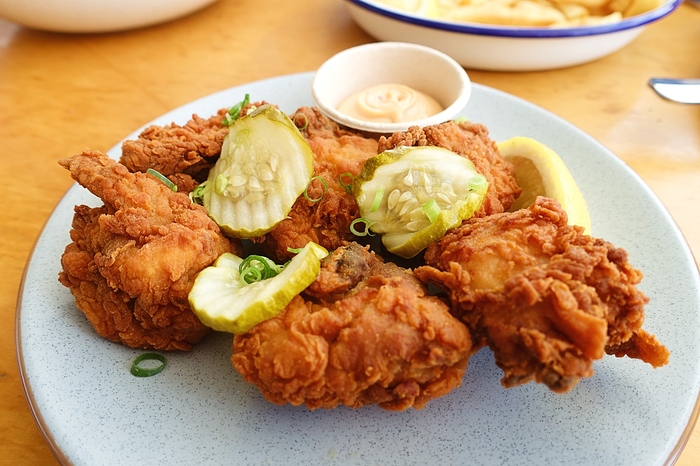 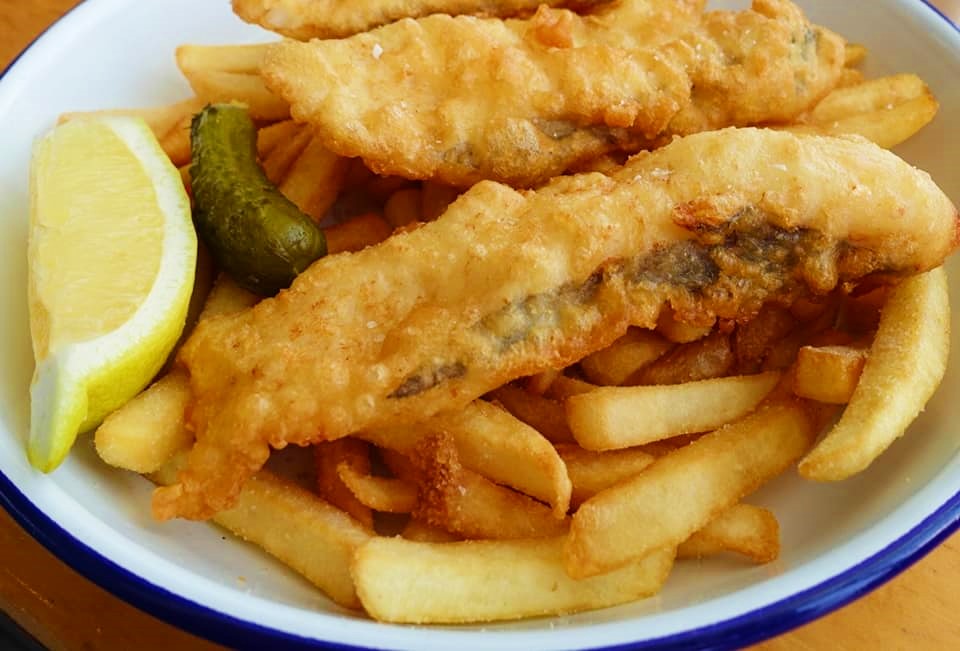 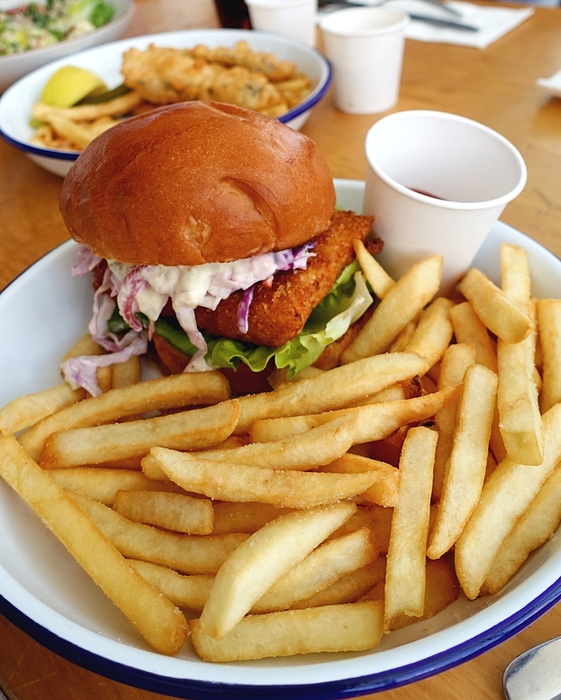 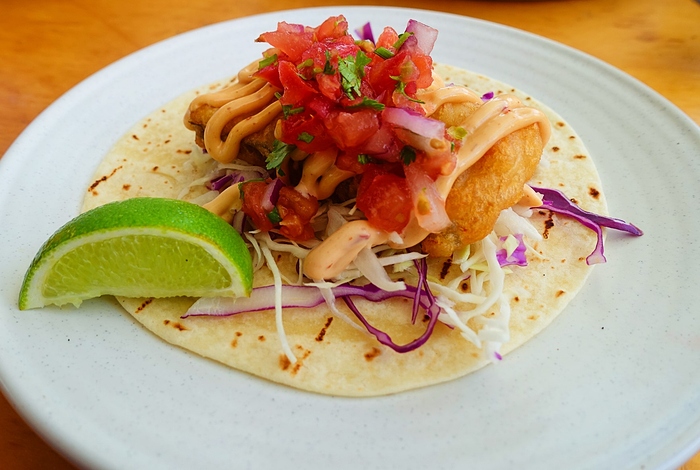 As mentioned, the food was not what one would come here for. The whole place just seemed to exude a relaxed atmosphere, with sun-bronzed surfers, picnicking families, sun-hatted vacationers, city folks coming out for a swim or a tan. It’s a beautiful place. One thing to note: The Bucket List has not closed a single day ever since it started operating back in 2012! 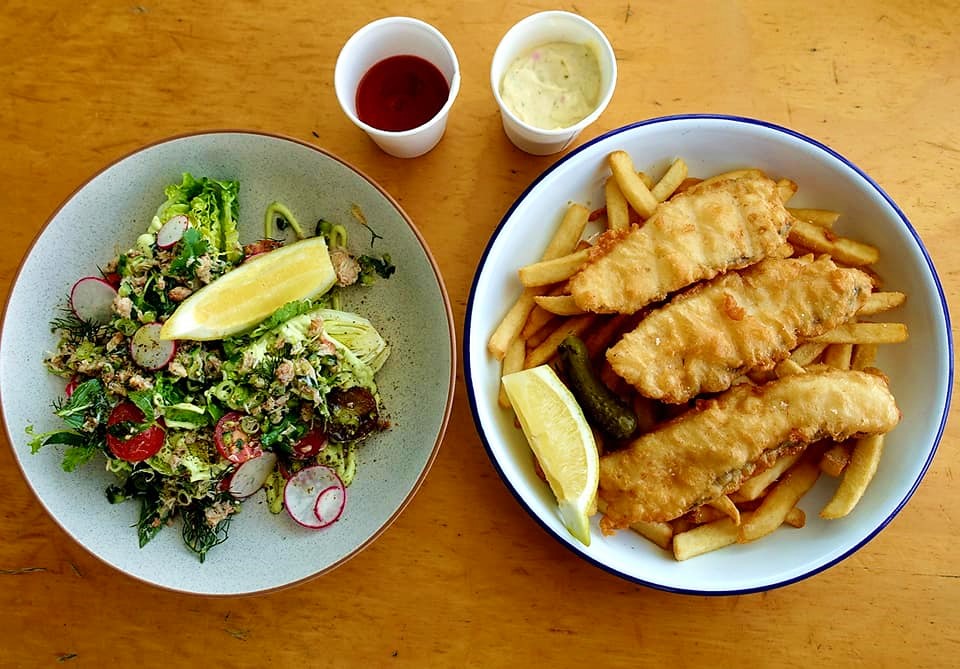 No smoke and fire like we have been seeing every day in the news?

It’s not hot where I am at the moment (Taormina, Sicily.).

No smoke and fire like we have been seeing every day in the news?

The bush fires are a serious problem indeed, but during the past week, Sydney was only affected on one day, last Thursday Dec 19, when the smog blanketed the city and drove temperatures up to 43 deg C (109 deg F). But the next day, it was back to blue skies and 26 deg C (79 deg F) as the winds changed direction.

I was in Sydney just last week for vacation and it was indeed very hot and smoky on Thursday due to the NSW fires. It was a bit like San Francisco last year when the Camp fire was burning, only with much hotter weather. Should have brought my N95 mask from last year. Saturday was pretty bad too. The rest of the week was not as smoky.

Thanks for the review and pics, Bondi is beautiful. Food looks pretty good too!

I felt sorry for the folks who lost their homes in the fires, and just before the Christmas season, too. And all those firefighters who’ll be spending their Christmas battling the fires. I heard that the fires in some areas are still raging out of control.

Although to be fair the two long time restaurants on the beach are very good. “Icebergs” with the iconic view down the beach and “Sean’s Panaroma” at the northern end.

Icebergs is very good high end Italian, and Sean’s is produce driven bistro dishes (unfortunately Sean’s farm in the Blue Mountains was in an area ravaged by fires so may have suffered badly).

And a new one just off the beach area is “Totti’s” which has a great garden, very relaxed and decent Italian food and is a very big hit with the beautiful people. It’s a Merivale Pub but shows that Justin Hemmes really can get food bang on.

“Icebergs” with the iconic view down the beach and “Sean’s Panaroma” at the northern end.

Oh yes, the two old faithfuls. We wanted to do Sean’s Panorama, but they only do dinner.