Swedish meatballs aren't Swedish after all?

Not sure about the beef but pork was historically the most commonly consumed meat in Sweden. Sweden was a poor country for much of its history and as with many poor countries, pork was the easiest and cheapest meat to put on the table. A traditional Julbord, or Christmas Smorgasbord, would have ham as the most prized meat but there were also traditionally several pork sausages, pork liver pate, pork aspic, spare ribs and even pig’s feet and pig’s head.

I think these discussions are silly.

If we’re going to go there, then guess what?

Italian cuisines can no longer use tomatoes as they were imported from the New World after 1500.
Pasta’s from China.
No cuisine except Native American can use corn, beans or capsicums of any variety. No Thai, Chinese or even Hungarian Paprika.
Same with potatoes.
Chickens were domesticated in SE Asia.

Diversity. Apparently it doesn’t mean what most people seem to want to believe it does.

I think these discussions are silly.

If we’re going to go there, then guess what?

Sorry but we’re going to have to confiscate your Cheong Sam.

No prom for you. 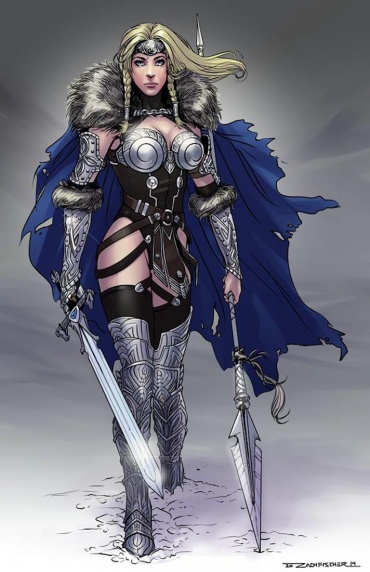 How bout them meatballs ???

That’s so odd. I don’t recall sour cream, pork, and nutmeg being particularly popular in Turkey.

They aren’t in Sweden either, at least the sour cream and nutmeg.

From another thread, here is the recipe for real Swedish meatballs from the big Rutiga Kokboken, which is like the bible of Swedish food.

The recipe is extremely simple and relies on having really good quality meat. 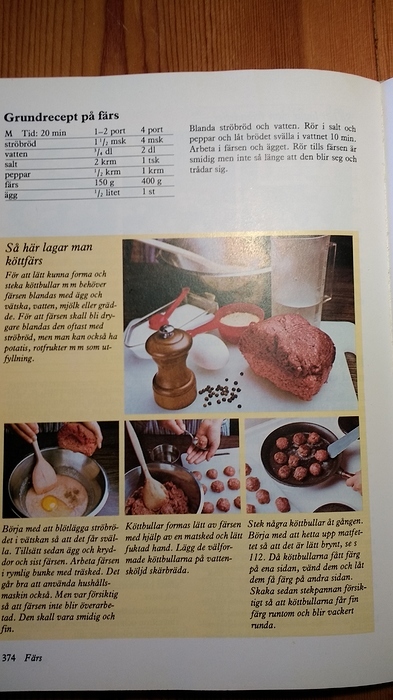 Mix in a bowl, form balls, and fry by rolling them around to brown on all sides.

Skånska köttbullar are made entirely with ground pork, in Denmark they do the same pork only but call these frikadeller.

Tore Wretman, a famous cook in Sweden who used to run the Operakälleren restaurant, has a slightly more complicated recipe for Swedish meatballs as follows:

Soak bread in cream. Tore runs all the meat through a grinder 3-4 times, the last two times with the bread milk mixture. Heat the onion in a little butter until it softens. Add onion to meat mixture, season with salt and pepper.

He uses two spoons to form the balls, making them a little larger if for a meal, or a little smaller for the smorgasbord. They should be fried by rolling them around in a little butter, and then placed in a warm dish in a low oven.

The recipe above is from his book Husmanskost (classic cooking).

In any case when the meatballs are done you need to make the sauce.

When the meatballs are done add a little extra butter or fat to the pan and a tablespoon of flour. Brown the flour slightly and add the juices (sky) which collects at the bottom of dish holding the meatballs to the pan together with heavy cream or whole milk scraping up any brown bits. A little soy sauce may be added to the sauce at this stage, Tore uses Japanese, but most other Swedes use something called Colorit which is a thickened soy that helps to make the sauce brown. Cook everything together until sauce thickens.

Again, really simple and no nutmeg or allspice.

Unless these are part of a smörgåsbord, the meatballs are usually served with the sauce, either boiled or mashed potatoes, lingon berries, and a fresh cucumber salad.

Finally, meatballs are NEVER served with noodles in Sweden. Helga finds this hillarious when she sees it in the US.

How bout them meatballs ???

Bet you got a little chilly sitting for that portrait.

By the by… I don’t think I’ve had a Swedish Meatball since they were so ubiquitous on the Happy Hour Buffets back in the disco days.

I’m not even kidding!

Bet you got a little chilly sitting for that portrait.

By the by… I don’t think I’ve had a Swedish Meatball since they were so ubiquitous on the Happy Hour Buffets back in the disco days. 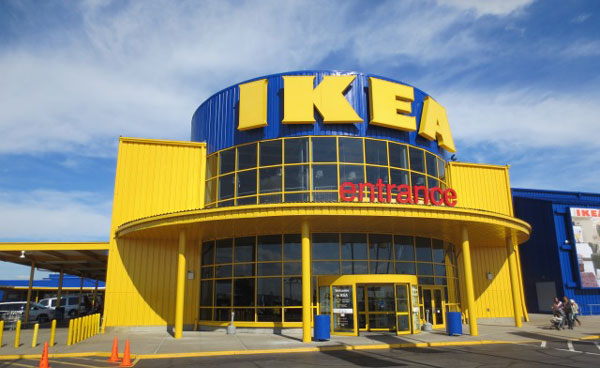 Actually I have one about eight miles down the road and I’ve actually been in the last month but when I go there it seems I’m always en route somewhere else. No way I’m stopping in there just for meatballs. Parking is ridiculous.

Och potatis! There was a claim passed down on my mother’s side that the family had little to eat other than potatoes and that was one reason our ancestor left. The claim undoubtedly belongs in the same file as the one about walking barefoot, 5 miles, in the snow, uphill both ways, to get to school. We discovered actually he would have inherited the nice beginnings of a nearly 300 acre country estate near Sundbo within a year after he left - both his father and older brother died within six months.

Still, it was a rule in my mother’s father’s house (son of the immigrant, born in the UP in the 1890s) that there had to be potatoes on the table at every meal, breakfast, lunch and dinner, seven days a week. I was a little bug-eye to see a big bowl of boiled potatoes on the breakfast table the first time we visited him at his home when I was 9. It looked just like the one that had been on the dinner table the night before and would be on the lunch table later that day, even though he was at work.

I had been to an Ikea Julbord before being contacted by my cousin; I would have been amazed to see trotters and a head on the tables, but there was none. The only pork there’s ever been besides the Julskinka is Prinskorv, and they don’t always have that.

The other Swedish food specialty that amazed me was the Kräftskiva. It’s the only special feast the local Ikea holds every year other than the Julbord (they have done a Paskbord and Middsommer Smörgåsbord some years) and it’s perhaps more popular than the Julbord. People here do love the bugs, Cajun, Vietnamese or Swedish style. I don’t suppose that has Turkish or Persian roots, though. Roman perhaps? 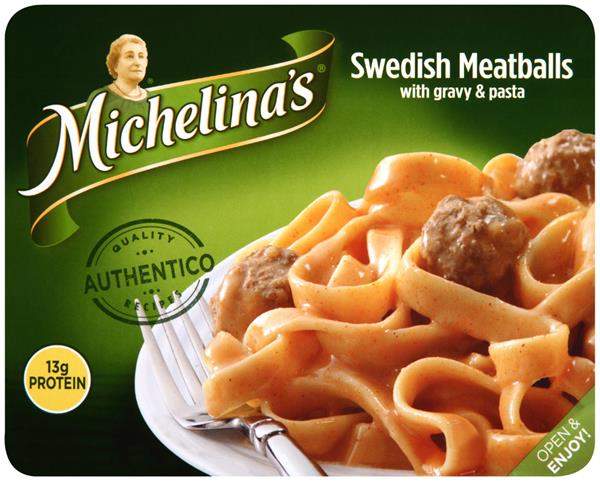 I was eating these since way before Ikea came to town. I’ve got to put these on my shopping list

I pelted my cousin with questions about Swedish cuisine; my mother learned to cook from her English grandmother after her mother died when she was 13; we never had any Swedish foods.

I didn’t ask but my cousin volunteered than Swedes in Sweden do go to the Ikea Cafe and eat Swedish meatballs. I presume with lingon, though, not gravy.

Wow soy sauce. I didn’t expect to see that but I guess you can’t so wrong with liquid salt and a little color. Definitely a rather simple recipe. 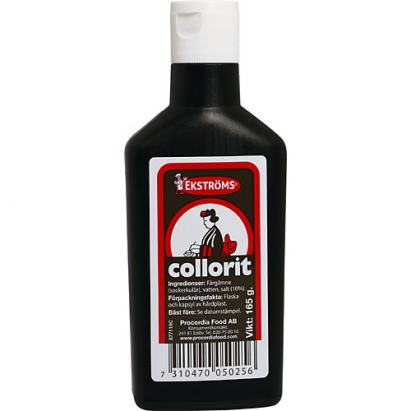 This is what Swedes use to make brown sauce. It’s a soy concentrate. There will be a bottle in 99 out of 100 fridges in Sweden, even if the only other things in there are a tube of Kalles caviar and an empty ketchup bottle.

Personally I like Yamasa, but Helga can’t make meatball sauce without the colorit.