The gist of this intriguing report is that the chef is extraordinary, but so are his claims about his business. 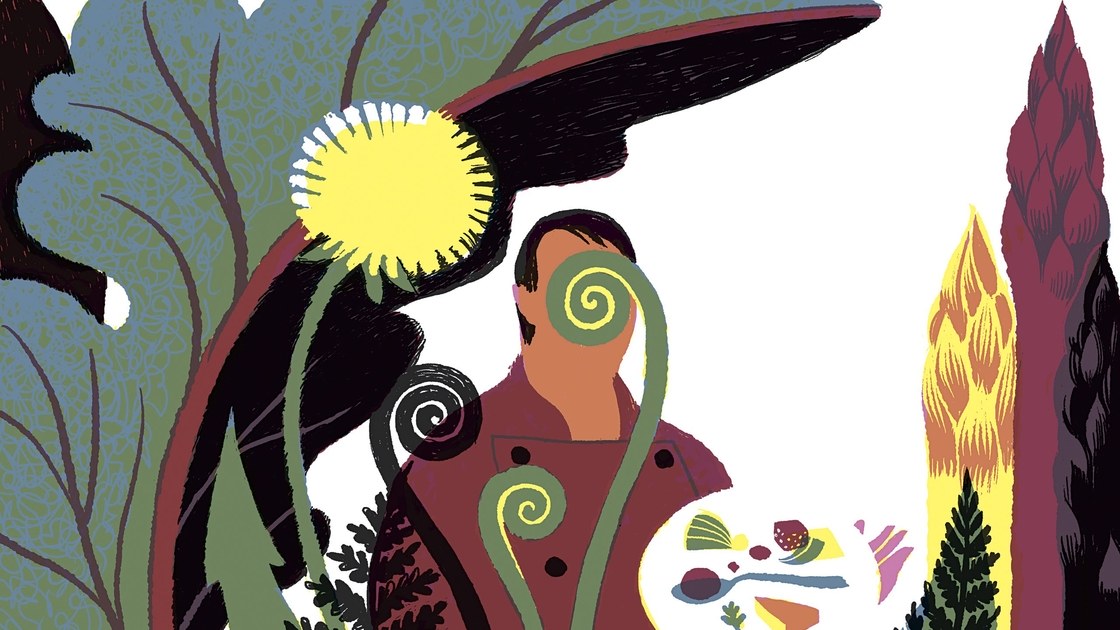 The Most Exclusive Restaurant in America

Damon Baehrel’s methods are a marvel, and his tables are all booked until 2025. Or are they?

No paywall
I read this last night…crazy!

Thanks, Chowdom - I edited my OP accordingly.

That article pairs very nicely with one written by John McPhee for the New Yorker in 1979. In that article (link below), similar kinds of claims were made about a chef in upstate New York who served only a few people at a time, and was determined to keep a very low profile. McPhee claimed it was the best meal he had ever eaten and was far superior to anything available in NYC.

New York food types went nuts and found out who he was and in the NY Times wrote a scathing review (I think it was Mimi Sheraton who wrote it.) Here is the article (when you click it, you see the original print so it has to be enlarged):

Kudos to you, Martini, for recalling and finding that 1979 article. It sure is lengthy - practically a culinary “War and Peace”. Do you know who “Otto” is, and what happened to him? The difference between him and Baehrel appears to be that Otto was clearly the real thing, but aspects of Baehrel’s story don’t add up; one wonders what his goal is.

Here are all the details about “Otto” and what happened to him–written by someone who knew him well and dined at his restaurant.

In A Sense of Where You Are, McPhee did show an early eye for talent – Bill Bradley.

-written by someone who knew him well and dined at his restaurant.

It doesn’t seem that the writer of the main article knew him at all - but if you scroll down. the two comments at the bottom, one quite long, are by two people who say they did know him very well and ate his food many times.

That does sound suspicious. No way he is doing fully booked dinner service multiple nights a week. He may actually do all the foraging and take a year to make cedar-acorn flour, but I bet he serves food a few times a month, when he feels like it and when enough people bug him. I bet there is a lot of exaggeration, maybe even some fabrication.

As for the wife and child, it does seem strange that they are never there, but they are under no obligation to expose themselves to the press.

That’s what I had in mind.

i was pretty sure i posted about my reservation experience there, but i can’t find it anywhere online. part of my memory of it is vague, part is rock solid.

i had read of this place (basement bistro) and the reservation system. i live within (long) driving distance of basement bistro, and was originally trying to get 1 person as a reservation (myself) since i had a wife and one child + baby and couldn’t guarantee that she could (or would want to) get out. had no luck, so was looking for the two of us on a thursday/friday/saturday.

i’d hear from terrence periodically that there was nothing available, was told that was impossible on those dates, and if i was flexible, i could get the two of us there. i’d get all the tv-show dropping of which shows were trying to get him on, or what place was filming him soon, likely to air within the year, or the celebrities who were eating there, or the people flying in via private jet from the northwest part of the country in multiple conversations. name dropping turns me off, but i had read so many good things about this place.

get a call back late saturday or sunday morning (it was too late to cancel an outstanding sitter that we used for YEARS) that chef decided (vague recollection) that he didn’t want to put a 3rd one on that day, sorry about that, and he’d call if there were any more openings. nothing about definite times or dates (though i asked) or something like “sorry, but we can get you in next sunday at 1:00”. i waited a few months, called back since i hadn’t heard from him, he apologized for not getting back to me but would let me know when there was something open. that was the last i heard.

one thing which hit me afterwards…when i was hearing the stuff about how he was world class and everything, i said something about how i had been at alinea (chicago. back in 2007 or 2008) and what an amazing meal that was, and he was dismissive of that in an offensive manner - NOT in the manner that alinea was bad, but i could have mentioned ANYWHERE else and he’d have been offended by it.

anyhow, at some point (2009?) i gave up trying to get reservations. if there was some way to get reservations, great. if not, i have a life to live and other things to do. would i like to have eaten there? sure, if it was possible. i’m sure he’s a real good chef, and may be a real nice person. and maybe most/all things are locally sourced, and he’s an amazing host and presenter. i just can’t live my life on the chance that i’m one of the chosen ones.

and one other thing - according to my phone calls, “terrence” lived in rhinebeck.

Thanks for sharing - the whole thing gets “curiouser and curiouser”. You should post your saga in the comments on the New Yorker website.

This makes me think of a nightclub that generates hype by holding the line when then club is next to empty so that people think that they are missing out.