Managed to get a reservation a week ahead of time by browsing for cancellations. When we arrived on time for our 6 PM seating, there were already two parties of two with their meals in progress. While the bar does seat 9 ppl, Yoshi-san told us later in our meal that he purposely didn’t fill those seats. So a 9-top restaurant was in reality a 6-top. No wonder it’s hard to get a reservation! We had the started omakase (the special version requires advance notice).

The cooked dishes that started the meal were all really good, perhaps with the exception of the uni dish that was good but not really at the same level as the other preps. The pacing of these courses was maybe slightly faster than I would normally expect, but not too far outside of the ordinary. An initial few courses quickly was somewhat welcomed, in fact, as I was pretty hungry upon arrival.

Then we started the nigiri courses. The rice was texturally excellent, probably the best I’ve had in the Bay Area. Each grain had just the right toothesomeness and individualness but cohered properly as a whole. Both the rice and the fish are served considerably warmer than is typical… I’d say it was room temperature fish and a touch warmer rice. I think in general nigiri is served too cold, but this seemed perhaps veering just slightly too far in the other direction, but I enjoyed it as as an atypical experience. My main issue with the meal started becoming noticeable at this point: the nigiri was basically being made and served at a breakneck pace. He makes one piece, we eat it posthaste (as Jiro has instructed us all to do), and within, oh, 1 to 2 minutes another piece appears. At this point it felt like we were practically being rushed out the door, which might actually be the case as they had a second seating that started at 7:30 pm and, if I understood them correctly, they prefer to completely reset the restaurant. One extra piece of buri added on, plus some dessert, and we were out the door by 7:15 PM, along with the other two-tops.

So start to finish, it was 1h15min flat. For 18 course omakase that’s not exactly cheap, it just felt improperly paced. I barely had time to savor each piece of nigiri when the next appeared. Overall, I’m a bit torn. The food is generally top-notch relative to other Bay Area places, but for me the experience was substantially marred by the pacing. I think I would much rather spend less money for a much better overall experience at Gintei, where just a couple of weeks prior the nigiri was on par with Yoshizumi.

Had dinner at Sushi Yoshizumi back in October. It’s a small restaurant with only 9 seats, and chef Yoshizumi prepares all the nigiri himself. Omakase only, though you can order a la carte after the omakase if you’re still hungry afterwards. Price was $125 at the time for the regular omakase, I see it’s since been raised to $145. It was a full house that evening. There’s no cooler box or anything blocking the view, and the prep area is at table level so you can see chef Yoshizumi make everything. 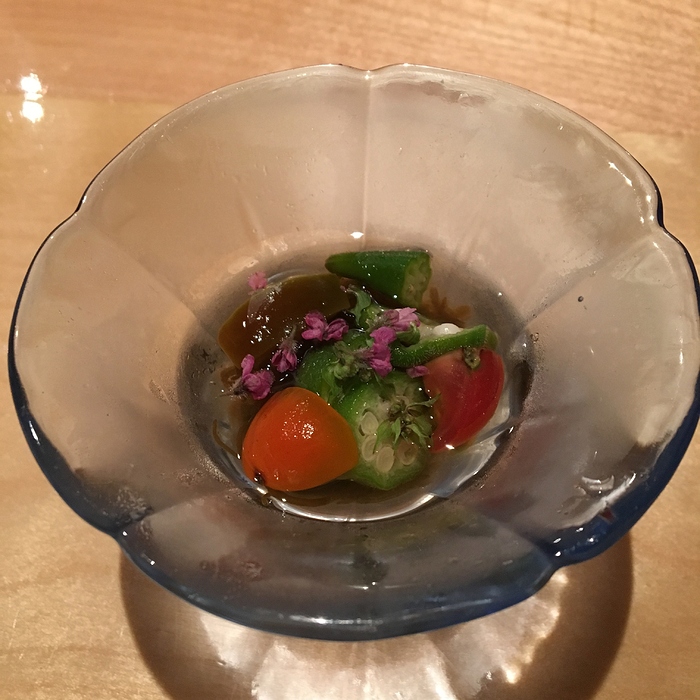 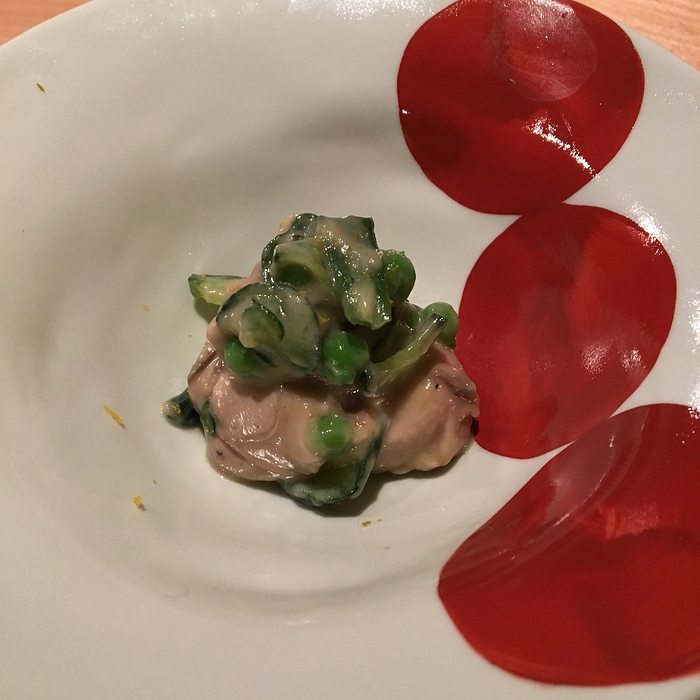 Chawanmushi
With a little piece of black cod on the bottom. 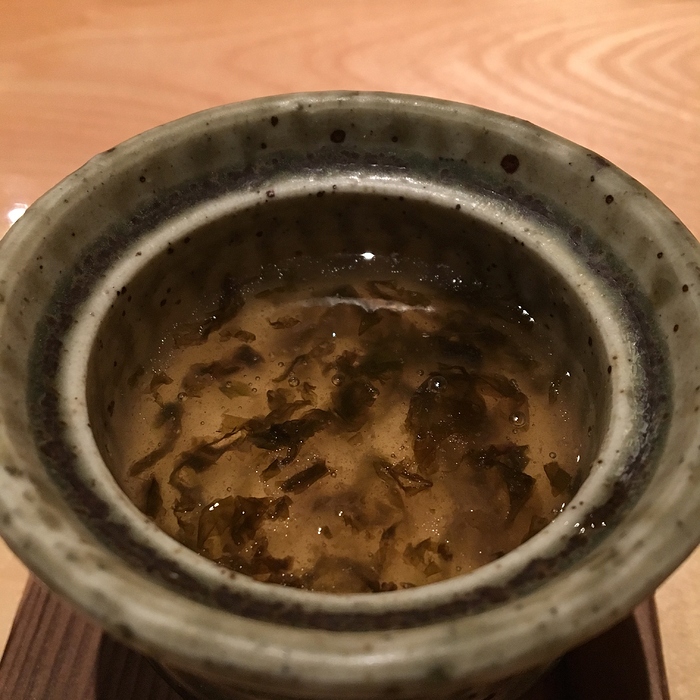 Bonito
Seared pieces of bonito with two dabs of sauces - one a mustard sauce and the other scallion based. Delicious, meaty bonito. Scallion sauce was quite strong and oniony. 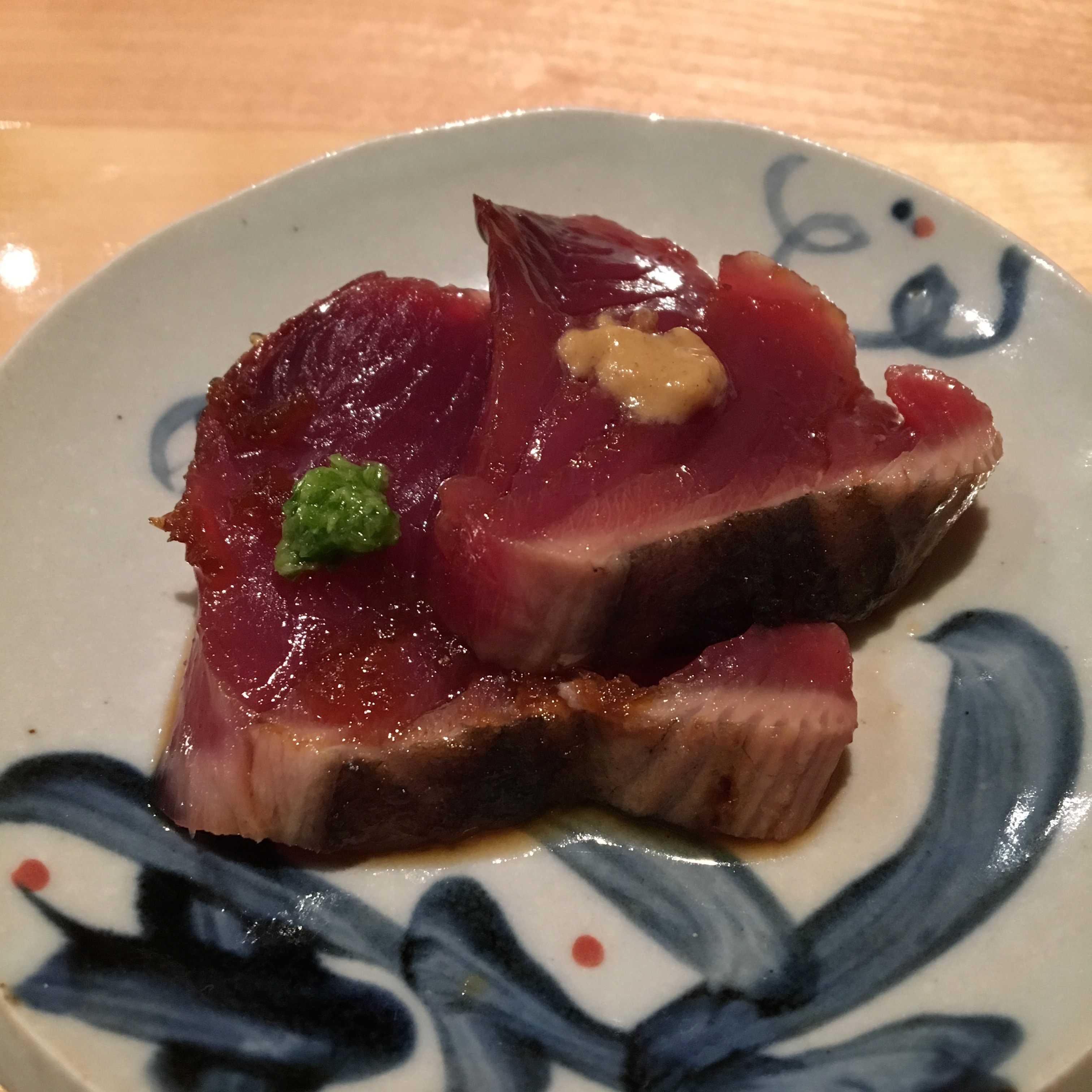 Ankimo, Octopus
The ankimo (from Boston) was excellent, sweet and rich. Octopus was perhaps the tenderest piece of octopus I’ve ever had. 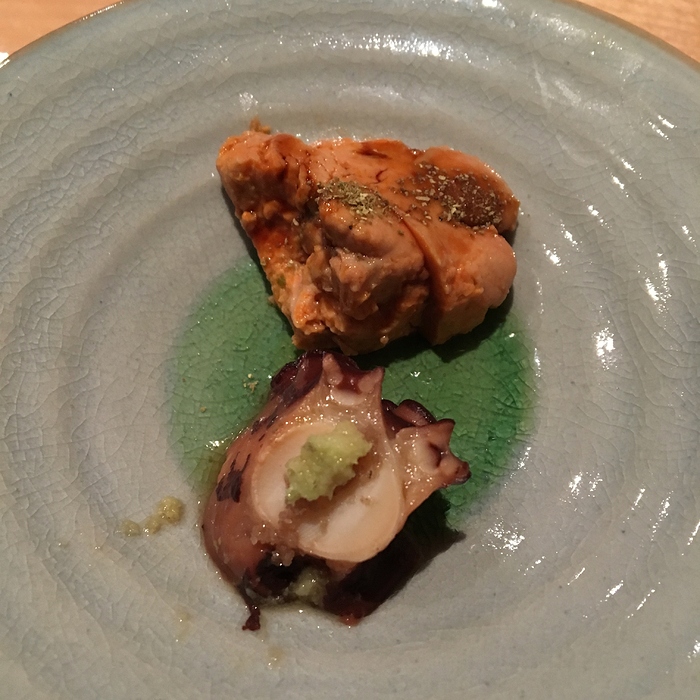 Next came some nigiri:

Ginger
Was in small cubes rather than slices. 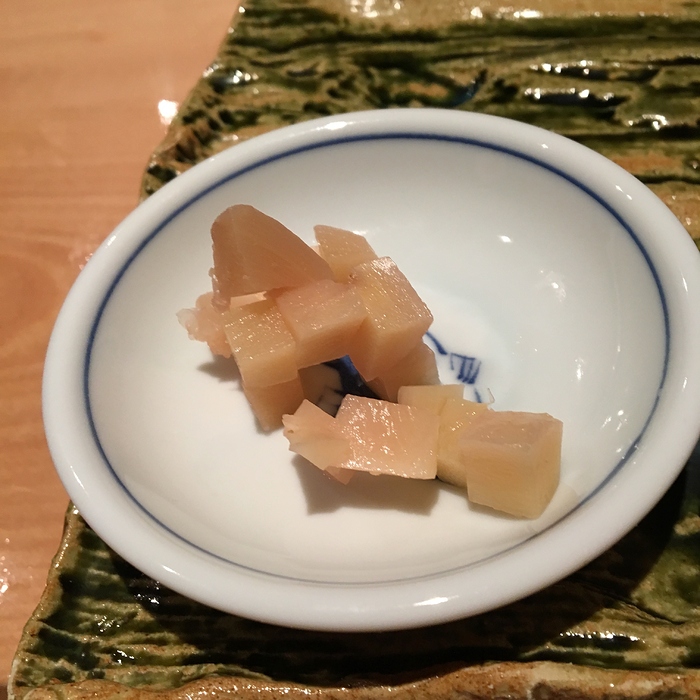 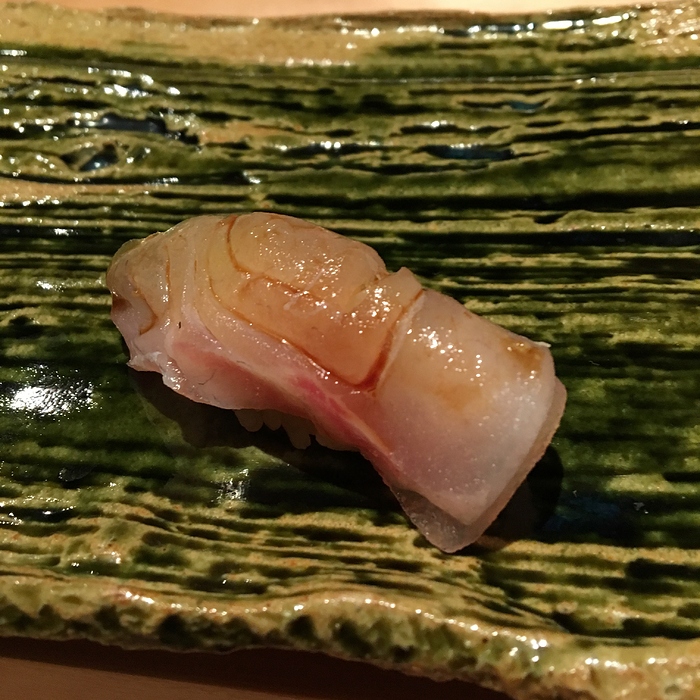 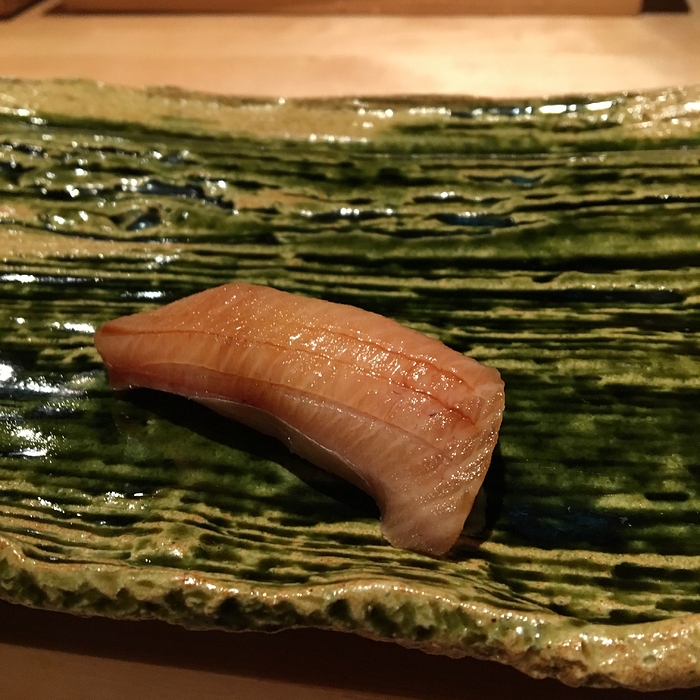 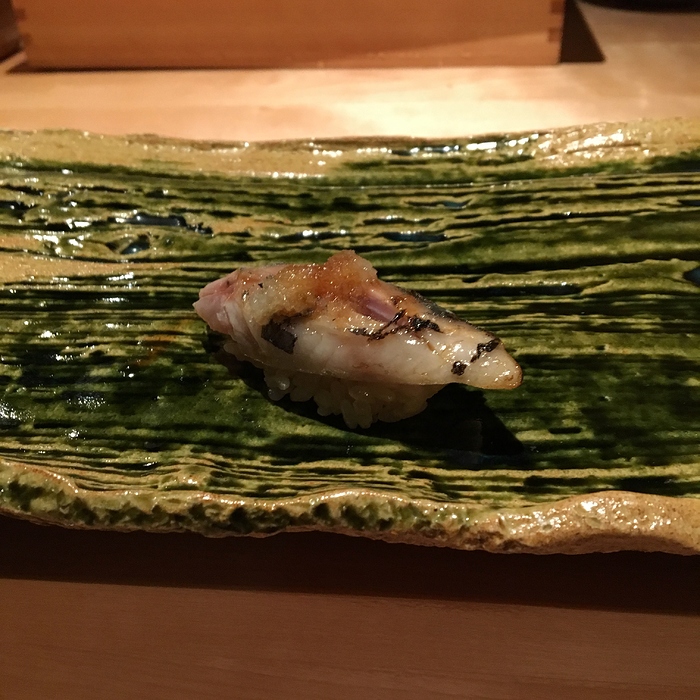 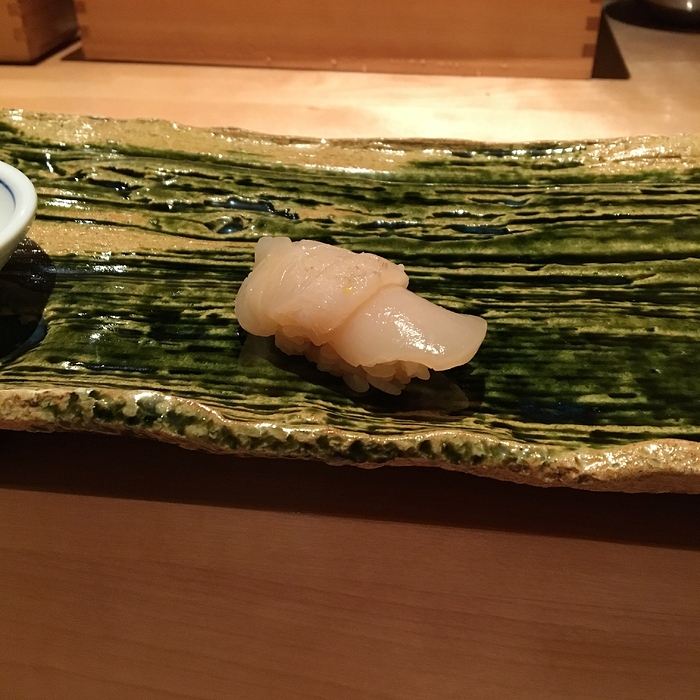 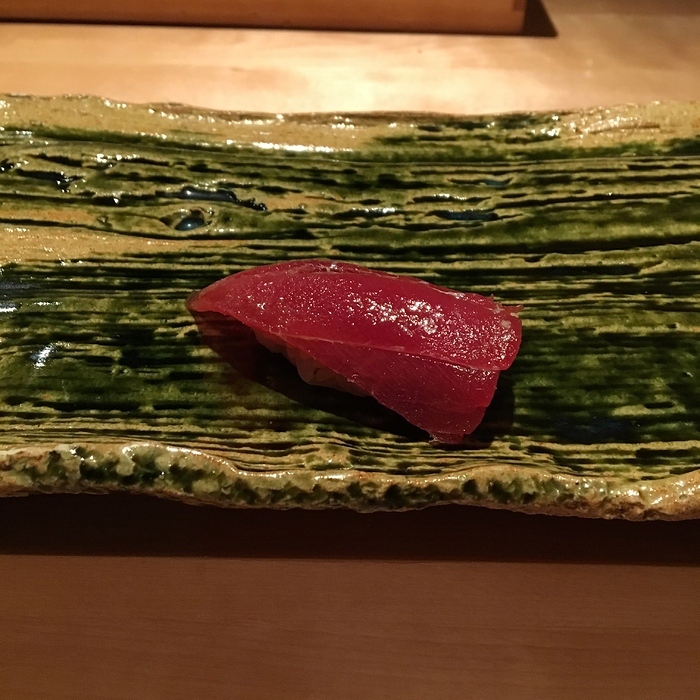 Fatty Tuna
Chutoro I believe, from Boston. Rich and buttery. 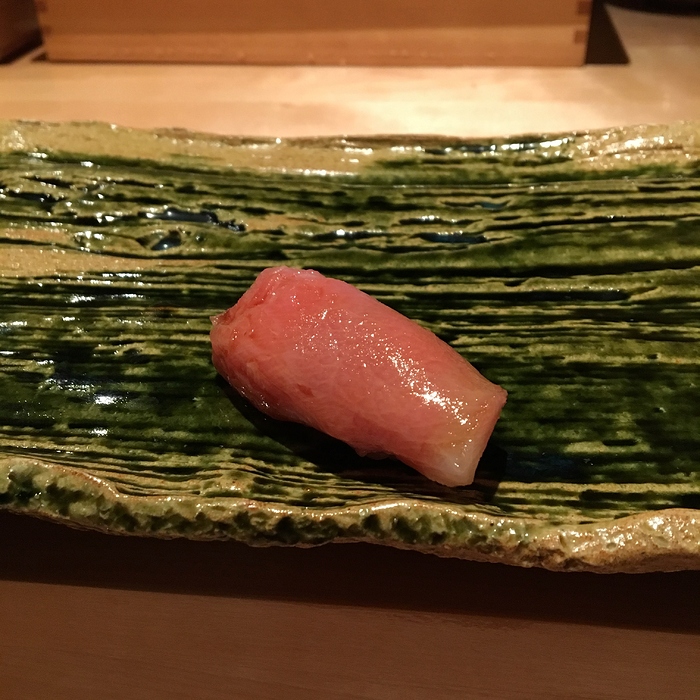 Sanma(?)
Had some green onion. 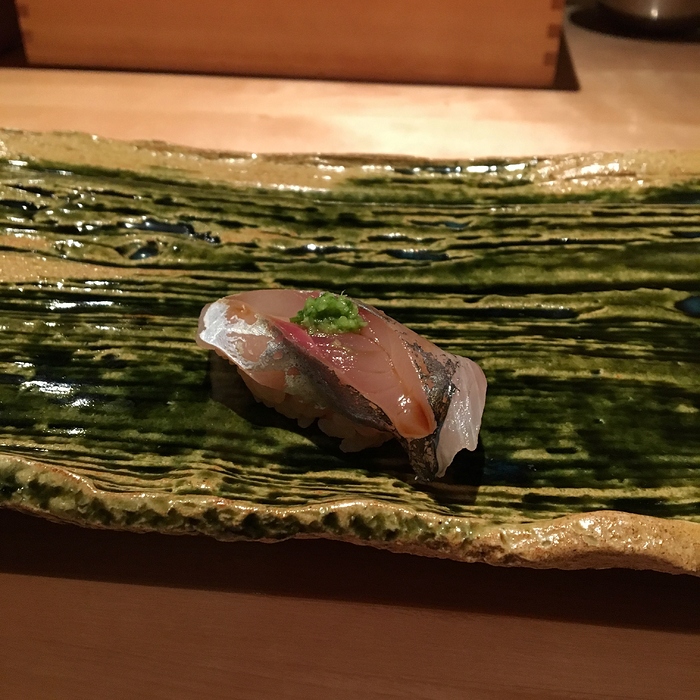 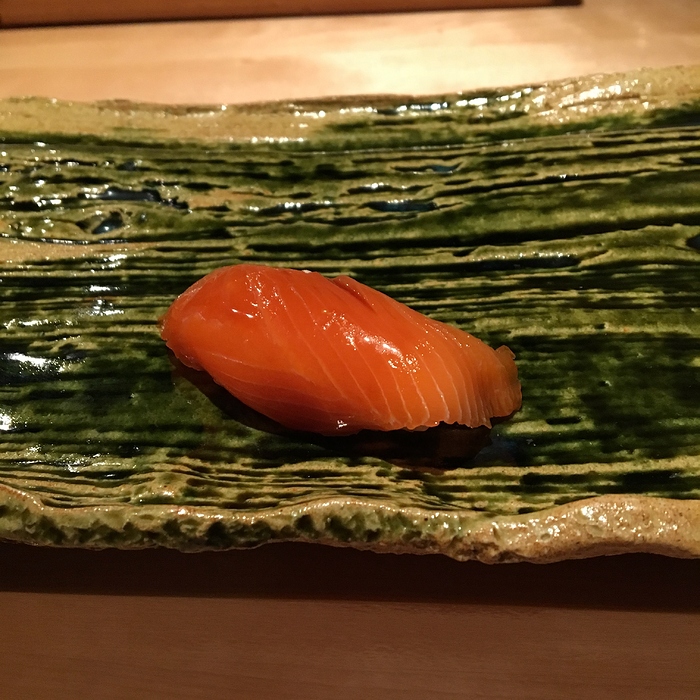 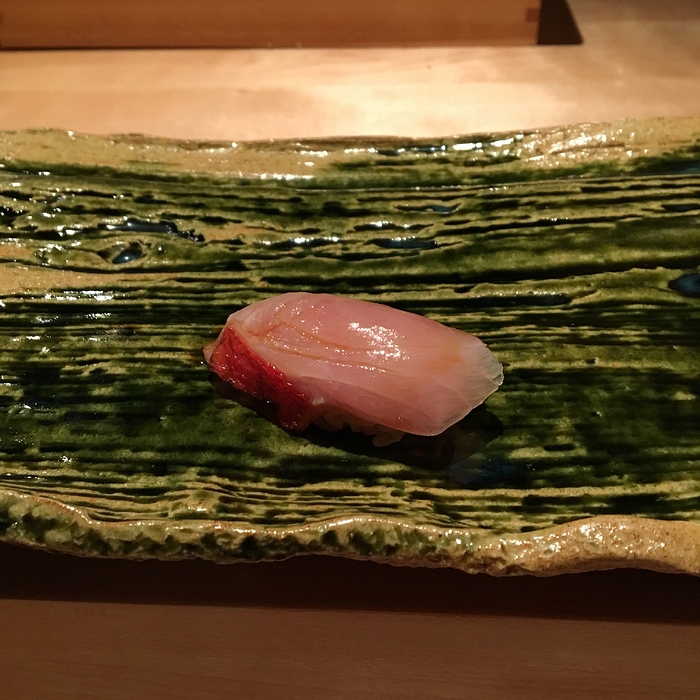 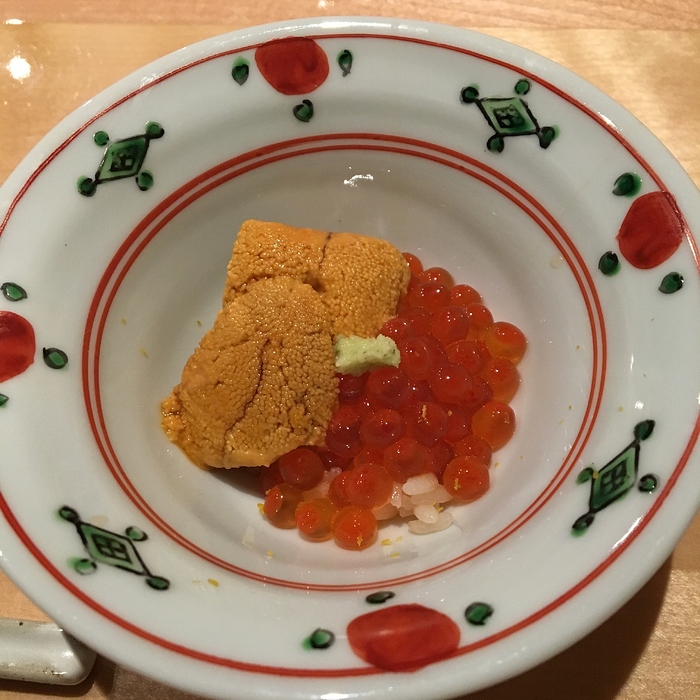 Anago
Warm, meaty anago with a nice sauce brushed on top. Anago is usually not one of my favorites but this was excellent. 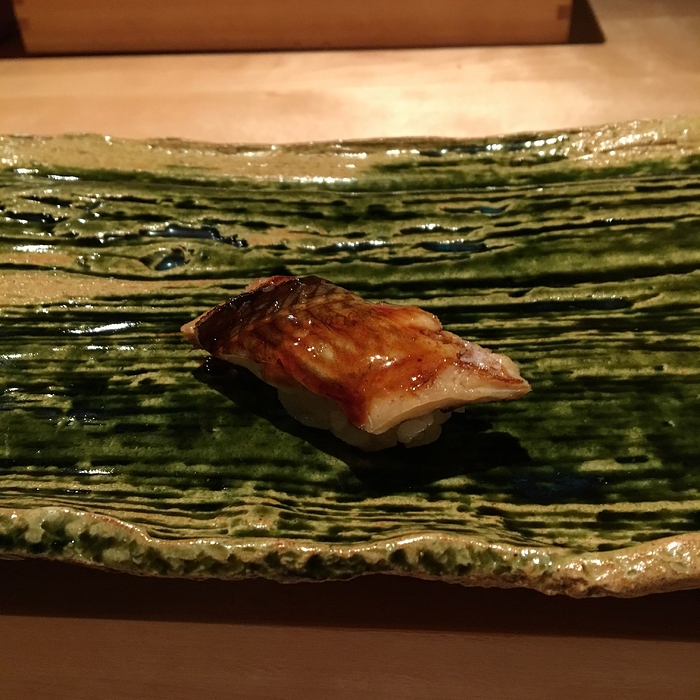 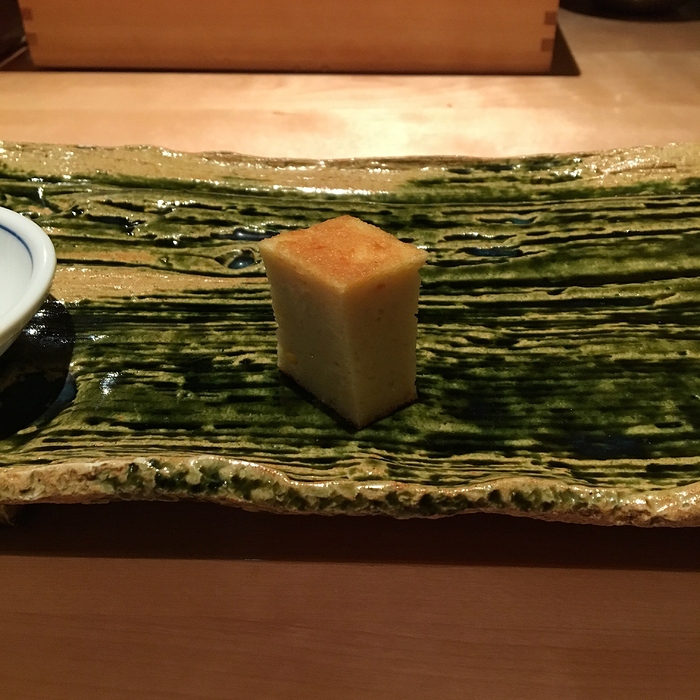 Miso Soup
A nice mellow soup to cap off the savory dishes. 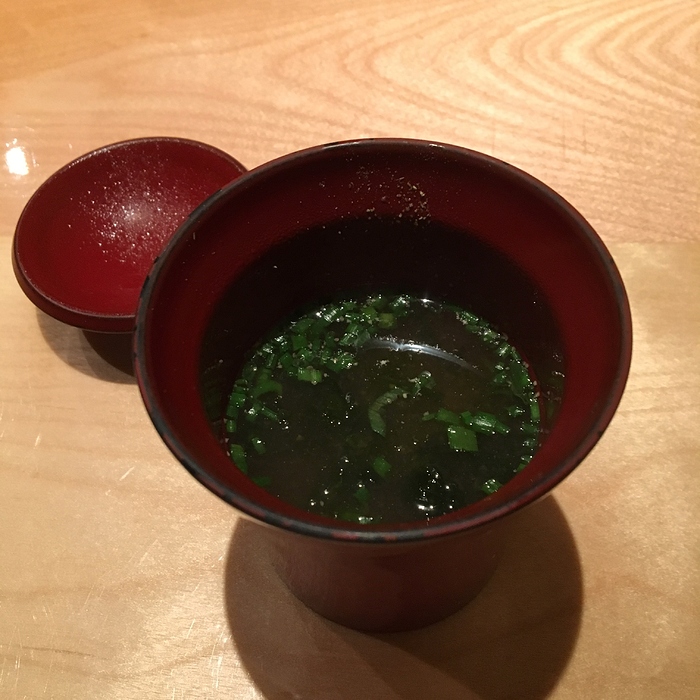 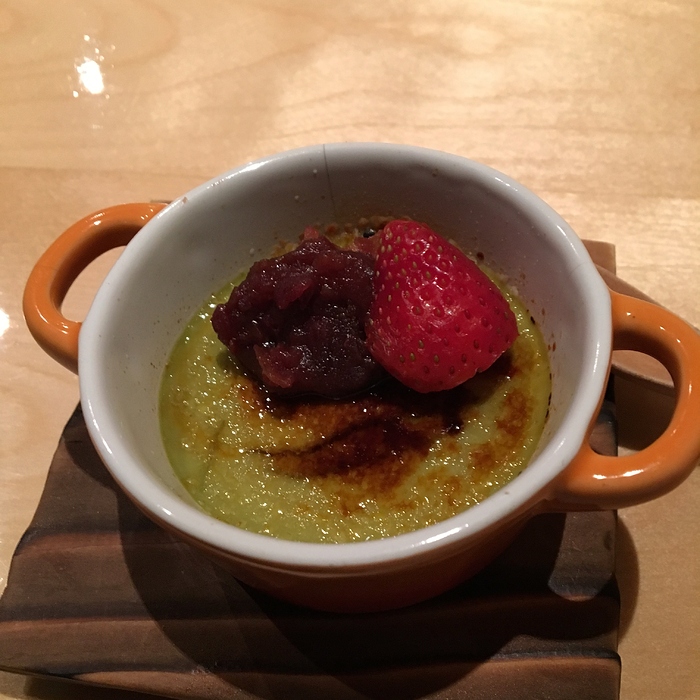 I agree with your comment on the temperature of the rice, which was a little warmer than room temperature. Rice on the whole was excellent in flavor and texture. Good grain separation. I believe it’s flavored with a red vinegar. I don’t remember our meal having as quick of a pace as yours, maybe they have adjusted or perhaps it is because there was a full house, requiring more prep time. One of the best sushi meals I’ve had. 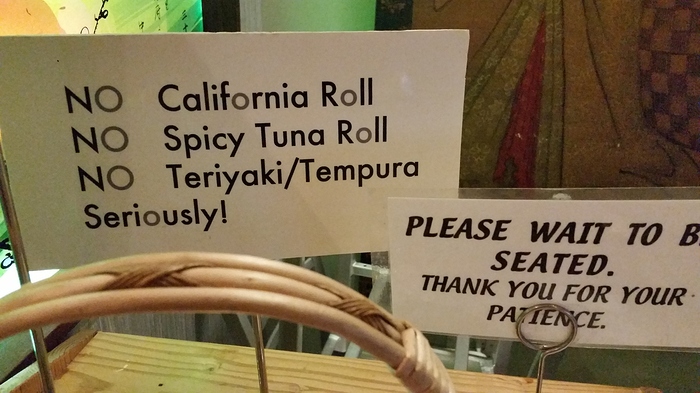 Hahahahaha, I think that at Yoshizumi the restrictions listed on that sign are kind of implied.

I usually ask for kimchee and Coke with my sushi (unless they have sake, then I ask for sake with a splash of Coke in it