Survey: Do you believe there is a "food chain", and that human beings have a position in it?

I am pretty sure there has been more than one post in which very different posters wrote – either facetiously or seriously – about the existence of a “food chain”, with human beings at the top of it. Because it has come from several different writers, I hope this survey won’t be interpreted as my trying to single anybody out. I’ve just become curious if it is a minority or majority belief among posters here. But if moderators think even taking a simple yes-no survey of people is too controversial, then they can take this post down.

I’ll go first, which is to say that I think that there is no “food chain” in which humans have a superior (or inferior) position. I don’t think this exists in nature, other than in people’s minds.

I’ll just state my rejection of the view, but if anyone wants to add to their acceptance or rejection anything pertinent to the idea of a “food chain,” fine with me.

I’ll go first, which is to say that I think that there is no “food chain” in which humans have a superior (or inferior) position. I don’t think this exists in nature, other than in people’s minds.

What do you mean you don’t think a food chain exists in nature?

I’m not sure I’m familiar with this debate.

I’m swimming with great whites nearby I am in their food chain .

I’m not sure I’m familiar with this debate.

I wasn’t suggesting it is a debate. Might be, but I would have thought not. But that doesn’t mean anything. The question arose in my mind from reading posts on Hungry Onion, and people weren’t debating it. They were saying it by way of making a different point about other things.

What do you mean you don’t think a food chain exists in nature?

The way that triangles don’t exist in nature.

I’m swimming with great whites nearby I am in their food chain .

But would you say there is the food chain, where humans can be located on it in a permanent way? I have read that, which is what prompted the survey. I have read people saying that humans are at the top of the food chain.

It’s a circumstantial concept, if anything. 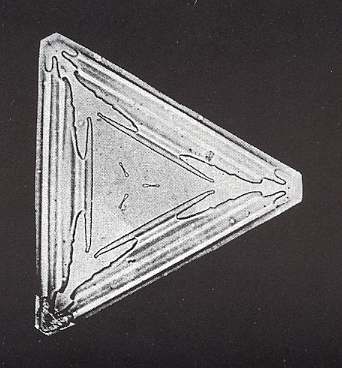 To answer your question, yes of course there’s a food chain. There are several, if you think about it. The one most people refer to is the path that ends in a human mouth. But in nature (and rarely, also in society) humans can find themselves to be a middle link.

I suppose if you think we are “above” nature, then, yes, we’re out of the food chain. But we are part of nature so what we create should be considered natural. The food chains that exist around our agriculture include both domesticated and undomesticated species.

“HolyTerroir** I don’t think this exists in nature, other than in people’s minds.”

****linguafood**It’s a circumstantial concept, if anything"

I have to agree with the other posters who are confused by the question. Of course there is a food chain, bigger fish eat smaller fish and we eat the bigger fish but not more than a few times a week because of all the heavy metals that accumulate up the chain of bigger eating smaller. Mosquitos sometimes eat me and I try to avoid sharks, bears, mountain lions, and psychopaths.

Do humans HAVE to be at the top of the food chain? No, we can eat all the veg we want and avoid the big fish as well as the little ones if we choose.

Without weapons, human is not at the top of the food chain, but we are not at the bottom neither.

With utilization of weapons, I do think human is at the top of the food chain because we almost always has the power to hurt and kill any animals, and other animals cannot do the same to us on a regular basis.

I have to agree with the other posters who are confused by the question.

Maybe the survey question would be clearer like this:

Do you think human beings are at the top of the food chain?

That implies the existence of something called the food chain, and people may or may not be of the opinion that such a thing exists, and that will determine their answer. And for those who do think the food chain can be located in the universe, the survey question is also whether human beings are at the top of it.

A: That is a picture of a Novi Ligure chocolate bar

The answer is not “a rectangle” if one is respecting context. Many things in nature are in the shape of a triangle, a rectangle, a circle, and are even named for or identified or classified by their shape. That is not to be mistaken for proof of a belief that triangles, rectangles and circles exist in nature. (I think it is useful to continue to make a distinction between what comes into existence on its own in nature and what requires human conception to become visible in the world. )

This does not help me at all to better understand the question.

Who doesn’t believe that a food chain exists?

It exists - maybe more of a food web so are you trying to argue semantics/nomenclature?

Are you trying to ask if there is a god? And did God create everything on purpose? And in that purpose did he intend humans to be part of the chain or unique outside of the chain?

I feel like that may be the question you’re trying to ask without asking it.

I don’t believe in intelligent design - so if that is what you’re asking (even leaving the bigger “God” element out of it) - then yes humans are part of the food chain for me.

Or maybe you are just asking (though you keep questioning the existence of - so I doubt this) if humans are at the top?

I certainly don’t think we are the ultimate predator if that is what your asking. We are so easily killed outside our cultural bubble by so many animals … and ultimately eaten by so many microorganisms even if we die naturally. So thinking of it hierarchically oversimplifies things …

Still just confused by the premise of the question.

Yeah that didn’t help at all. Oh well. Have a nice day.

I want some of whatever you’re having.

Does a chain exist in a tangible form, with links physically resembling a metal chain? Of course not.

So since the term “chain” apparently doesn’t meet your approval – what word would you use to describe this interrelation?

Human beings are a top-level predator – we mostly eat other things, but occasionally something manages to make a meal of us. The same could be said for orcas and great whites and elephants – mostly nothing eats them, either, but sometimes it happens.

What an uncivil bunch of responses! Hope it’s not a representive sample of the people who post here, but these were illuminating.

Who doesn’t believe that a food chain exists?

Me, for one. I said so in my first post.

Sorry most of you apparently had such difficulty with the survey question. Don’t see any point in adding more.

I certainly wouldn’t qualify any of the responses as uncivil - I think we are genuinely confused by the premise of the question.

But I’m happy to leave it be of course, it was your post.

Please especially keep in mind the first rule of the forum during disagreements:

Civility – ‘Is it kind/ helpful?’ Please support a civil and respectful environment and use the forum to share knowledge skills and interests.

I guess to focus on what IS rather that what one THINKS, here’s an article from the Smithsonian. There were plenty of others when I googled:

Where Do Humans Really Rank on the Food Chain?

We're not at the top, but towards the middle, at a level similar to pigs and anchovies

So since the term “chain” apparently doesn’t meet your approval – what word would you use to describe this interrelation?

Hard not to notice that you called me names, but never actually addressed anything I said.