Sungai Petani (Population: 450,000) is the largest city in the state of Kedah. It’s only about 50 km (less than an hour’s drive ) from George Town (the capital of the state of Penang to the south) than its own state capital, Alor Star, which is 70 km to the north. Until last weekend, my previous visit to Sungai Petani was 46 years ago!

Following the 1909 Bangkok Treaty, Kedah, together with three other former Siamese states: Perlis, Kelantan and Terengganu, were ceded by Siam’s King Chulalongkorn to Great Britain, in return for the latter’s non-interference in Siam’s internal affairs thereafter. Thus, the four states were incorporated into Malaya as British protectorates. Sungai Petani’s riches was built on natural rubber, and the town only came into being in 1912, founded by Singapore-born Englishman, Sir William George Maxwell.

Sungai Petani was also known for being the base for the British Royal Air Force Aerodrome which was bombed by the Imperial Japanese air force’s high altitude bombers on the very first day of the Japanese invasion of Malaya in 1941. Malaya subsequently suffered great hardship under 4 years of the Imperial Japanese army’s brutal occupation where tens of thousands were killed, before the Allied forces returned and liberated Malaya. So, it’s rather amazing that today, modern Sungai Petani is actually a manufacturing hub with many multinational corporations which included quite a few Japanese ones.

Our lunch was at the spartan, old Cantonese eatery, Sin Yik Wah, which was opened by the Cantonese Lee family before World War II, nearly 80 years ago. 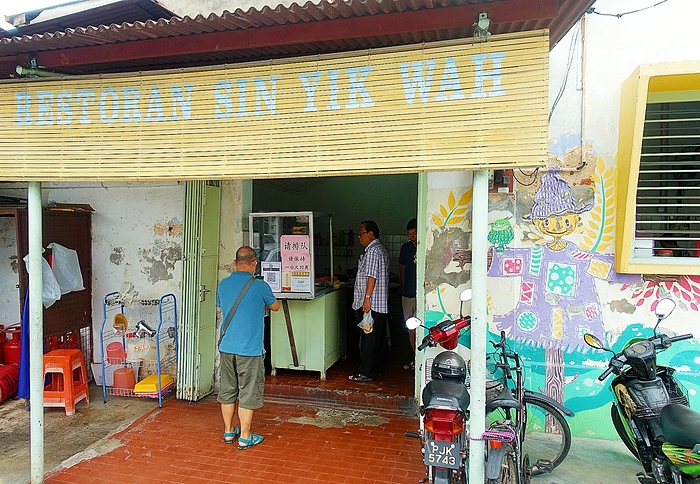 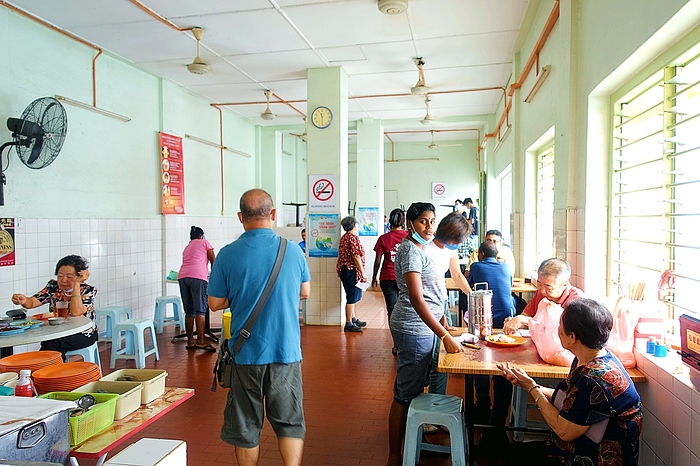 Coming from Penang, we thought the food here tasted rather bland, as the cooking had been adjusted to cater to the palate of the local population here, who are mostly Teochew. The Teochews prefer their food to be lighter and more subtly-flavoured, compared to the other Southern Chinese. 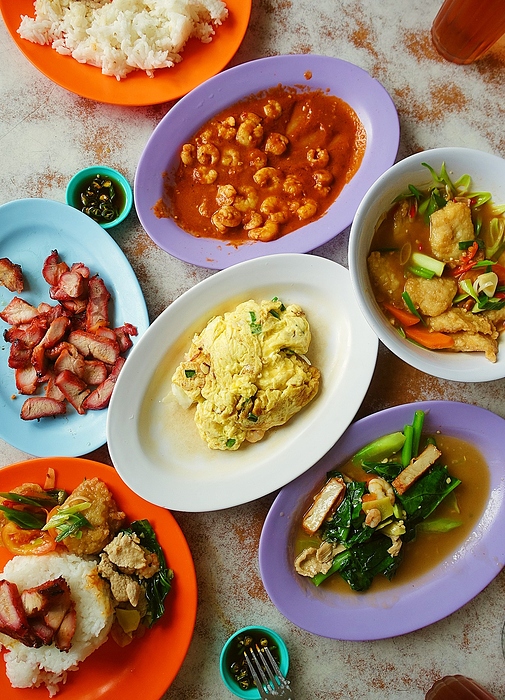 None of the dishes carried any assertive flavours or, in fact, any flavour that we can really discern. But we do think that local Sungai Petanians practically grew up on these food, and the place was absolutely packed with diners. 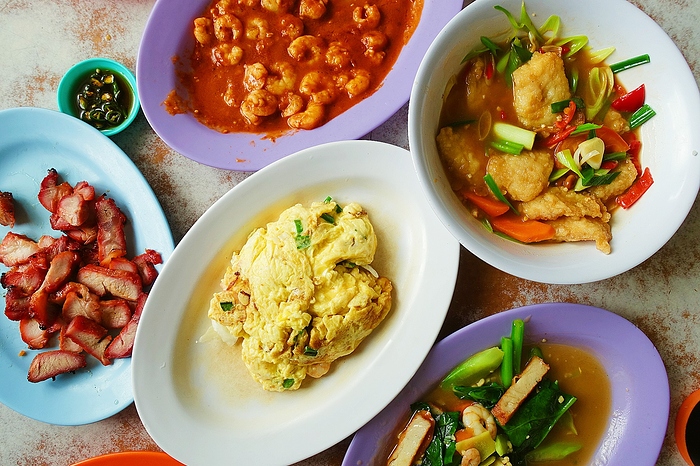 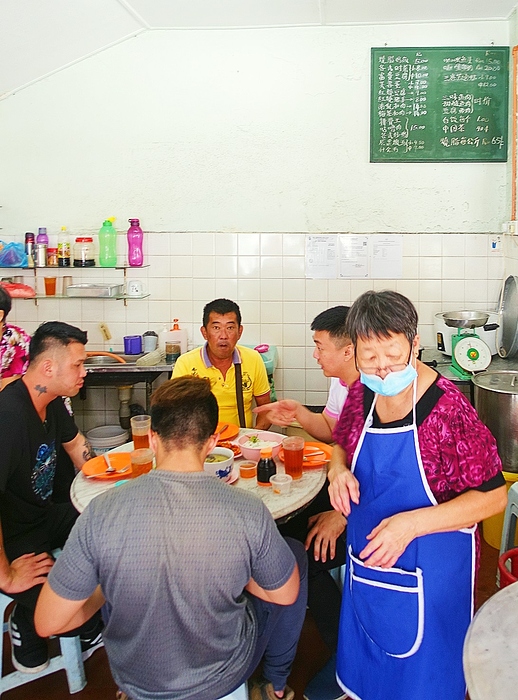 Sin Yik Wah opens 11am till 3pm daily, except Wednesdays. But one needs to come early - we were here at 11.40am this morning but its popular roast pork (“siew yoke”) and roasted pork sausages (“siew cheong”) were already sold out! 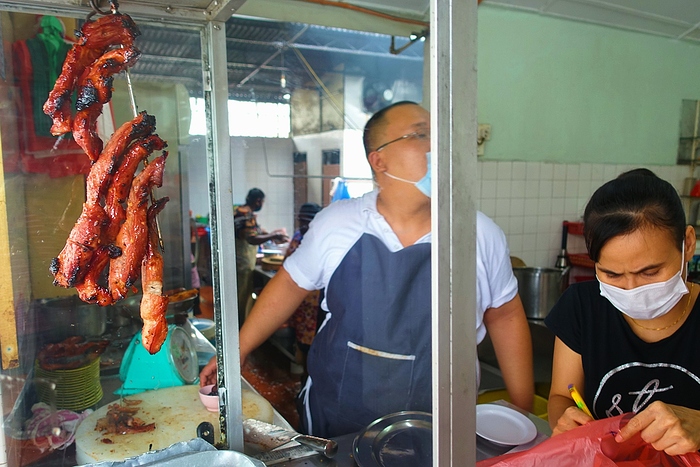 Come here for a taste of retro dining and old world atmosphere, Sungai Petani-style, if not for the food itself. 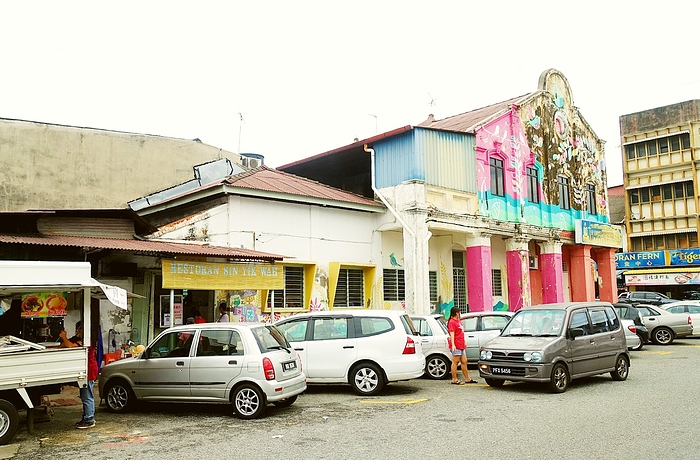 Thanks for the history lesson.

I call this Adventure in eating. Same food but tastes a bit different in another place or at another restaurant. We still learn something from the experience.

I call this Adventure in eating. Same food but tastes a bit different in another place or at another restaurant. We still learn something from the experience.

It’s rather odd how the Straits of Penang dichotomised the whole region up there into a mainly Hokkien-Fujianese Penang island, and a Teochew-Chaozhou Mainland Penang. The Hokkiens prefer stronger flavours than the Teochews, so almost everything would taste lighter and blander on Mainland Penang, and its surrounding areas, including the neighbouing states of Kedah and Perak. Northern Perak’s major town, Taiping, has the same food culture as Penang, but also has a majority Teochew influence, hence its food also tastes pretty bland to anyone from Penang, or Ipoh and Kuala Lumpur (both mainly Cantonese).

Although I suppose ALL eating experiences are worthwhile.

Oh yes, no regrets at all!

I’d always wanted to visit Sin Yik Wah - after all, a small family-run restaurant that has lasted 8 decades has to be doing something right, especially by its faithful customer base, I suppose.