[Stockport] Where The Light Gets In

I can’t remember when I was last so excited about the prospect of visiting a restaurant for the first time. Yes, I was expecting good food but that wasn’t the cause of the excitement. The cause was that this was going to mean there was actually going to be a proper restaurant in the town centre. Now, that might seem odd to anyone who doesn’t know Stockport. But there is a dearth of them – not even a Pizza Express.

It’s a weird place. Rostron Brow is a steep alleyway leading away from the market ground. An historical plaque says it used to be the red light district. And the restaurant has no signs. But we knew to look out for a flight of steps that would take us up the outside of an old warehouse, to its top floor. Once up there, we’re invited to sit in the chairs at one end of the large room. In the centre, just five tables, seating a total of a dozen diners. And, at the far end, the most open of open kitchens. Now, we knew we were in for a surprise tasting menu type meal. But it might have been nice if the staff welcomed you and let you know that information and, even, asked if you had any allergies. But, no. It’s straight in to asking if you want your meal to be accompanied by a wine or juice pairing (there’s no wine list).

So, it left us feeling less than relaxed for a while. But then it started to get interesting. The sitting area is heated by a wood burning stove and it wasn’t long before one of the chefs came over and started to cook something dark and a bit manky looking on the top. It’s brought back to us a minute or so later, announced as a cabbage taco (the dark, manky bit), filled with a mix of crab and apple. It’s a one mouthful delight – bitter from the cabbage, sweet from the crab, crunch from the apple. Oh, yeah, this is going to be a good evening. That’s accompanied by a glass of warm, sweetened gin – perhaps overly sweet as an aperitif. And then we’re led to our table – one of the ones on the “front row”, so we feel almost in the kitchen area. There’s going to be plenty to look at if conversation flags.

With no menu to refer to, I’m dependent on brief notes and memory to recount what we ate. But, no worries, the menu changes with produce availability so what we ate this week may well not be what anyone else eats next week. And the first dish up divided us. Finely chopped tartare of trout, radish, sauerkraut and a smoked whey sauce. My partner wasn’t at all keen (although the plate was cleared). I thought it inspired – soft fish, a contrasting bite from the sauerkraut, crunch from radish. Just lovely.

That said, we completely agreed on the next plate and, indeed, it was the favourite dish of the evening for both of us. Chunks of earthy beetroot, sweetness from chopped hazelnuts, a bit of a zing from mustard leaves and a couple of dabs of “creams” – one beetroot and the other hazelnut. It all just worked so well together

Then a fish course. Cod cooked, I think, sous vide which, although not our favourite way of cooking anything, was spot on. It came with roasted carrot and sheeps curd.

The chefs serve their own dishes. That reminded us of a Michelin starred restaurant in Belgium called In De Wulf. In fact, the cooking style reminded us of In De Wulf. And, just so there’s no misunderstanding, this is a good thing! So, at this point, we’re served a little bowl of “bone broth” – think a clear,delicious version of a very posh Bovril.

Then it’s on to the final savoury course. A small piece of Middle White pork, cooked just to medium. It really is a fine piece of meat. And went so well with the very seasonal just wilted wild ransom leaves. Also on the plate, a spoonful of chopped mixed herbs mixed with vinegar – just like a mint sauce you’d have with lamb. Only there was something intriguing about the vinegar. This was no ordinary vinegar, so we asked the server what it was. She got one of the chefs to come and explain. It was homemade plum vinegar. What they’d done last autumn was buy a load of plums, blitz them down and let the juice ferment into vinegar. Inspired!

There’s another little bowl now. This time, it’s filled with a tarragon granita and topped with an orange posset. This is very clever – both elements sweet but not at all overly sweet. The final offering was a rye flour cake. On first bite, it wasn’t very interesting. But, on the second bite, when you combined it with perfectly poached pears and custard, it was so good.

So, there we are. A meal of exciting and interesting food, although not perfect. It knocks the spots off other restaurants for some miles around. If we have one criticism, it is that food is not served piping hot. This is a skilled kitchen, so I assume this is deliberate but it is not my preference to eat, say, lukewarm cod. But we’ll be back in due course for another session. By then, they may have implemented their plans to open a deli on the ground floor, selling things like the plum vinegar, their own charcuterie, bread, etc.

The food all sounds amazing. I’d love to eat that tartare.

Don’t just take my word for it…Marina comes to Stockport. 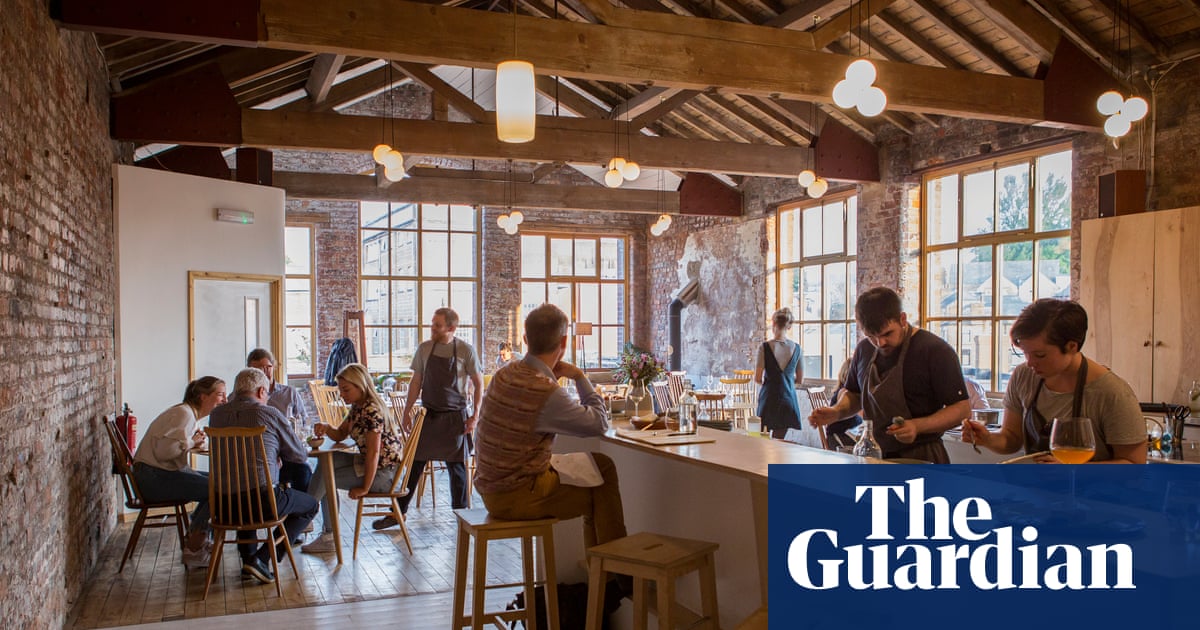 Where The Light Gets In, Stockport: ‘The most exciting food I’ve eaten in...

Not so much new Nordic as new northern, this is a procession of brilliance

But, remember, you read it here first.

I just came here to post the same link. You’re ahead of the game as always John. Who needs restaurant critics.

It’s nice to have things validated by a professional.

As Sergio Aguero once said to me “Great pass, Harters”.

The restaurant now intends to charge the full amount in advance. Not just a deposit. They suggest that it’s to improve the booking procedure and is nothing to do with no shows. 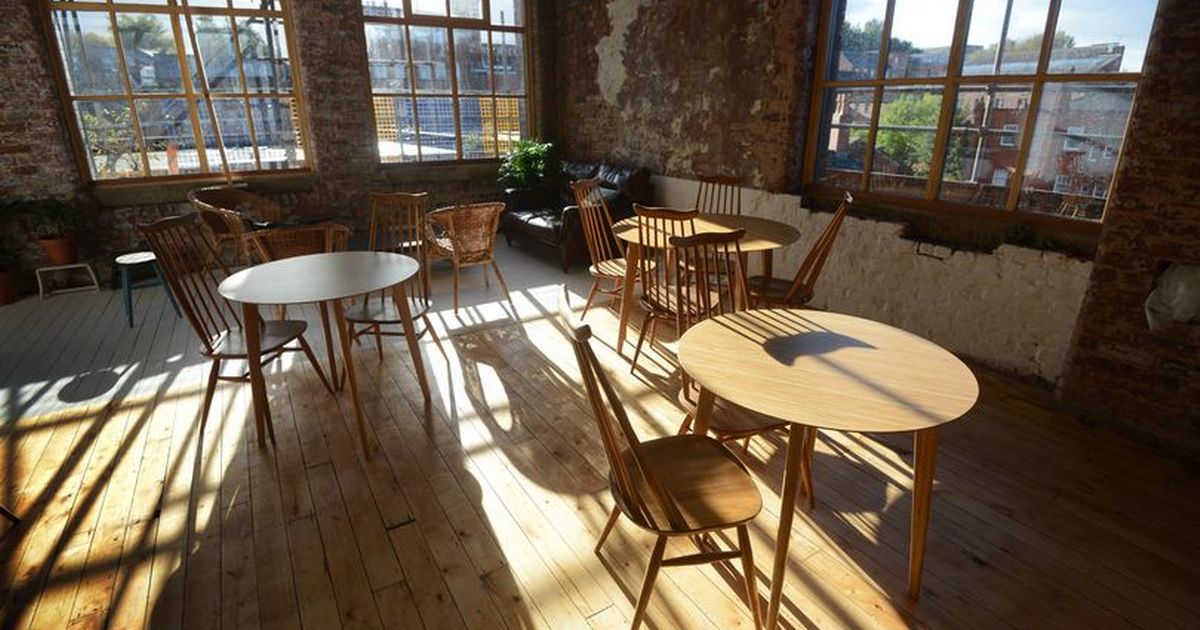 The small backstreet restaurant is changing its booking system so that all reservations made will be in the form of prepaid tickets.

Do I believe them? Not for a moment.

They currently use OpenTable which does all the work for them and is the industry standard for online reservations.

It won’t stop me going, of course.

Its the same system some US restaurants use - I think Alinea in Chicago was the first. I used it there and thought it a good idea.

If you can’t go you just put your reservation on the “resale” site they have and I assume it gets snapped up.

My pet hates are no-shows that rob others of the opportunity to use that table and those that book multiple tables own the same night. This system really discourages both of those behaviour.

It obviously protects some of the the restaurant margin - but as much of the profit comes from booze and that is not pre-sold they still lose out. So I suspect designed as a disincentive to discourage abuse rather than a real insurance policy.